Portland, Ore. ? Every year an automotive writer?s organization Barb and I belong to has a two-day drive called Run to the Sun (RttS). It gives us a chance to sample some of the manufacturers? latest offerings. This year Barbara was away at a Jeep-Ram-Dodge program in Southern California, so I was on my own with 25 other automotive journalists for the two-day drive from Portland through the Cascade Mountains to central Oregon and back. 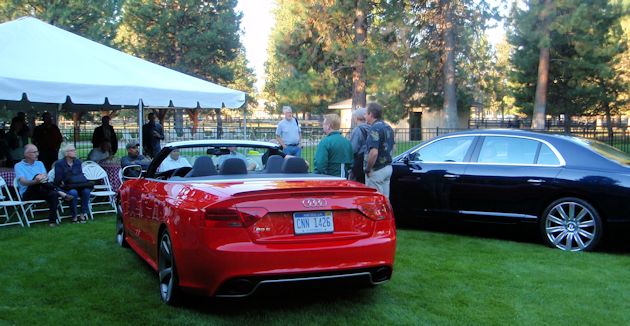 Here?s a brief comment about each of the cars I drove during the 2013 NWAPA Run to the Sun. The list is in alphabetical order. I?ve also included a few pertinent details, the price of each including the destination charge and the EPA fuel economy estimates for city/highway and combined.
Most of the photos were taken by John Vincent for NWAPA. 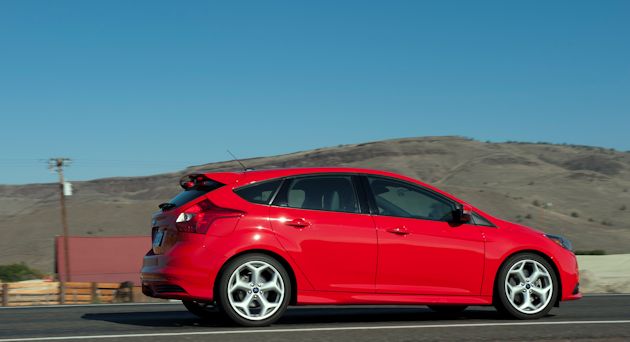 2013 Ford Focus ST ? This is one of those enthusiast cars that seem to be a long time coming, but it?s well worth the wait. Under the hood is a 252-hp, turbocharged four-cylinder direct-injection engine. This five-door hatchback looks good and it makes a 0 to 60 mph run in 5.9 seconds. The handling, steering and shifting is impressive, perfect for the engine. Ford has out-done themselves on the ST. Yes, there is a little torque steer, but nothing like some front drive hot rods I?ve driven. The brakes are amazing, the sound is outstanding. Pricing with a couple of option packages is $27,795 and well worth it. Fuel economy is 23/32/26 mpg. 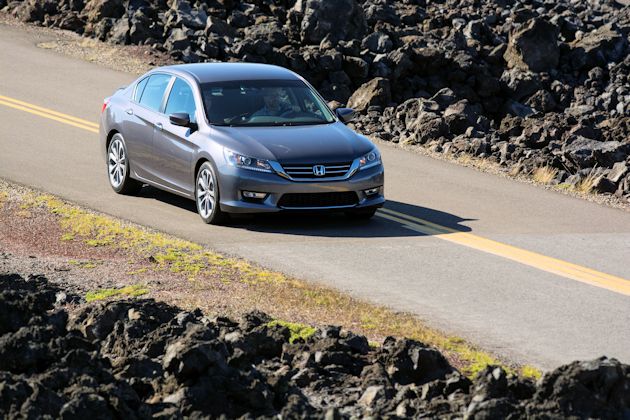 2013 Honda Accord Sport ? With its 189-hp, 2.4-liter four-cylinder engine, the Honda Accord Sport isn?t going to win any races. If they would offer turbochargers maybe they could. What it lacks in speed (0 to 60 mph in 7.6 seconds) it makes up for in precision. The Accord sedan is like a well-crafted tool that feels good in your hands and performs precisely. This is how a manual transmission should feel and a suspension should work. The Accord Sport sells for $24,180 and like always, Honda doesn?t mess around with options, it comes pretty well equipped ? I like that. EPA fuel economy is rated at 24/34/28 mpg. 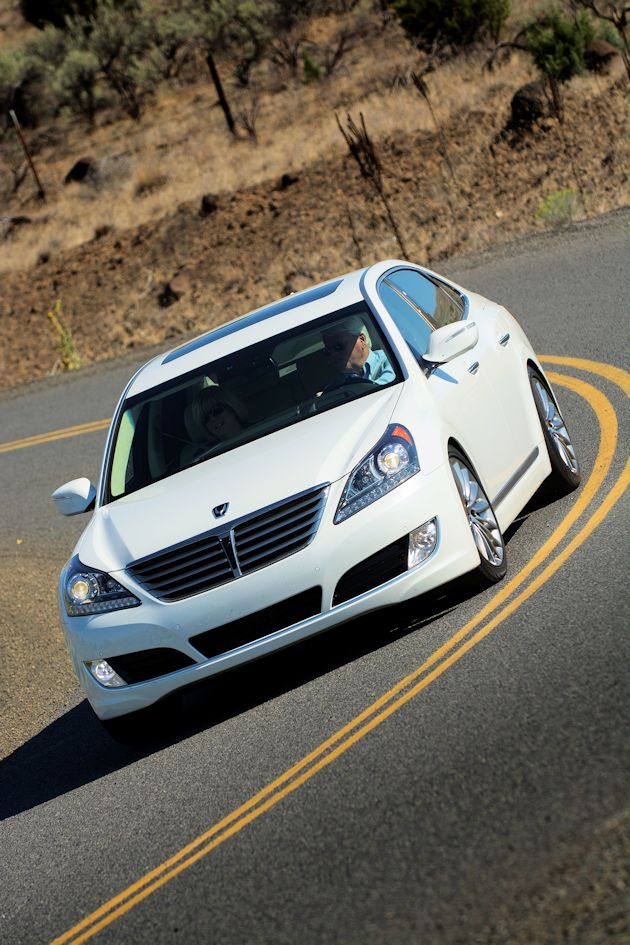 2014 Hyundai Equus Ultimate ? The big Hyundai sedan is a sleeper, unless you know about it. The car is top-of-the-category (luxury) elegance, comfort, performance and value. What? Value? If this car had a star or an L or the blue and white circle on the grille instead of an H the price would be about the cost of the Honda Accord Sport more. If your taste and budget yearn for a full-size luxury sedan, you need to see the Equus. The engine is a super smooth 429-hp 5.0-liter GDI V-8 driving a slick eight-speed automatic transmission and the rear wheels. It?s a large car by EPA standards, but it still accelerates from 0 to 60 mph in only 5.4 seconds. The pricing of the top-of-the line Ultimate is $69,920. Fuel economy is 15/23/18 mpg. 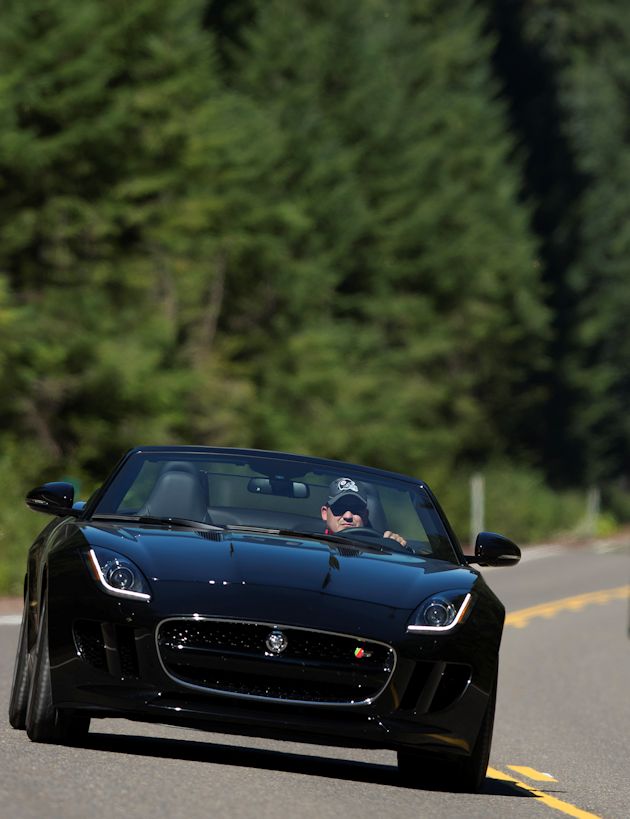 2014 Jaguar F-Type S ? The new two-seat Jaguar F-Type wraps up all the Jaguar tradition, heritage and technology into one package and out pops one of the nicest sports cars on the market. After driving the F-Type S, I am in awe of the performance handling and luxury. Under the long low hood lurks a 380-hp supercharged V-6 that sounds like a big cat gang war. (For the full experience the 495-hp supercharged V-8 version is unbelievable.) The V-6 S I drove at the RttS does 5.1-seconds 0 to 60 mph. With a large handful of options the sticker goes to $87,095. The V-8 version can go to six digits and is well worth the money. The V-6 S fuel economy is 19/27/22 mpg. 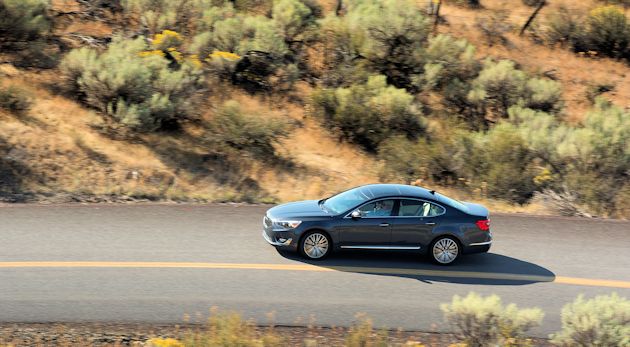 2014 Kia Cadenza ? Kia?s flagship Cadenza is another sleeper. Kia?s new flagship model, which replaced the little known Amanti, is stylish and elegant. Entering the entry-luxury segment, the Cadenza is same size as the Toyota Avalon. Think of it as a nice step up from the impressive Kia Optima. The very well-equipped sedan is powered by a 293-hp 3.3-liter V-6 with six-speed automatic transmission and front-wheel drive. It produces a 6.9-second 0 to 60 mph run. With two big option packages which equip it with the latest and greatest technologies and luxuries, the Cadenza has a sticker price of $41,800. Fuel economy is 19/28/22 mpg. 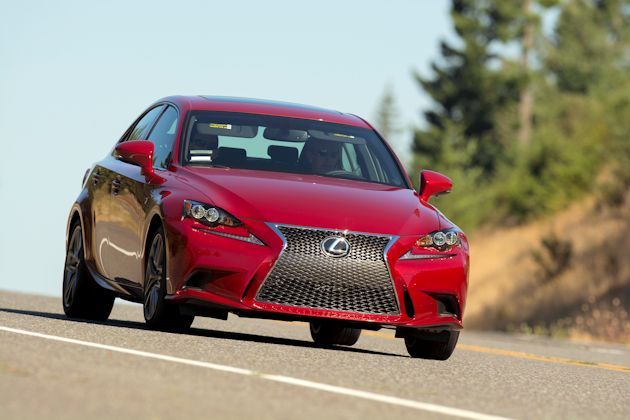 2014 Lexus IS 350 AWD ? The new generation Lexus IS, which rolled into dealerships earlier this year has been winning some big-time comparisons in the buff magazines. What?s interesting is who the IS has been beating ? hint BMW 3 Series and Mercedes-Benz C-Class. It comes in rear- and all-wheel drive with four-, six- or eight-cylinder engines offing a wide range of performance. The RttS car was the V-6-powered IS 350 AWD with a 306-hp 3.5-liter engine and six-speed automatic transmission. It?s a beautiful car to drive and is a beautiful car to look at. Lexus builds outstanding, near perfect cars, but they often lacked personality and distinction. The IS is the first, in my mind, to bridge into the land of true driving excitement. The IS 350 makes the 0 to 60 mph run in just 5.6 seconds and has a top track speed of 143 mph. The price with a few impressive option packages is $49,600. Fuel economy is 19/26/21 mpg. 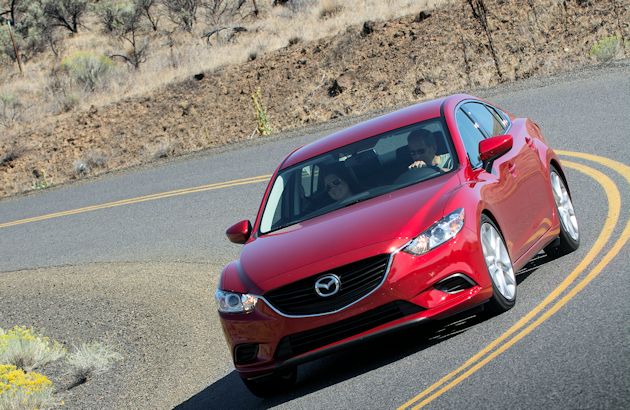 2014 Mazda6 Touring ? Finally on its own after years of inbreeding with Ford, Mazda has been flaunting its somewhat mysterious Skyactive? technologies. After I have read much and driven several of the Skyactive vehicles, I still can?t explain the concept concisely, but I know that it works ? very well. The process of blending all the elements of design, engineering the resulting car, in this case the Mazda6 sedan, looks great and drives even better. Mazda is a brand that should be watched, I think we?re going to see some interesting vehicles under the Skyactive umbrella. The Mazda6 is powered by a 184-hp four-cylinder engine. The RttS car had a smooth shifting six-speed manual transmission, or there?s a six-speed automatic, too. The 0 to 60 mph performance gauge takes 7.4 seconds. The price for the Touring version I drove is $25,010 with a handful of token options. Fuel economy is 25/37/29 mpg.