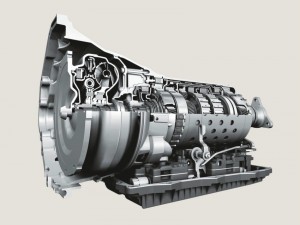 Chrysler Group has arranged to build a new eight-speed automatic transmission (the HP8) under license from the ZF Group of Germany.? According to Automotive News, the automaker plans to spend $300 million for the installation of tooling and equipment at the Transmission Plant 1 and Kokomo Casting Plant in Indiana.? They will be the first company licensed to build the innovative new transmissions. ??Initially, Chrysler will use Germany-built units until the U.S. plant is ready in 2013; however, there is no indication which Chrysler or Fiat vehicles will be using the transmissions.

The transmission is design for multiple installation configurations including longitudinal or ?north-south,? applications and it can be set up for rear- or all-wheel drive. It can also be used in conjunction with a hybrid application by swapping the conventional torque converter for a 47-hp electric motor, increasing fuel economy by a claimed 25 percent when compared with ZF?s old six-speed (6HP). To save weight, the electric motor can also double as the starter. Some sources indicate the there will be a hybrid using the 8HP by the end of 2011.

According to ZF, the eight-speed setup is 6 percent more fuel efficient than ZF’s old 6HP six-speed automatic and can add another 11 percent gain in efficiency when combined with an optional start/stop feature that automatically shuts the engine off when the vehicle stops and restarts it when the brake is released.