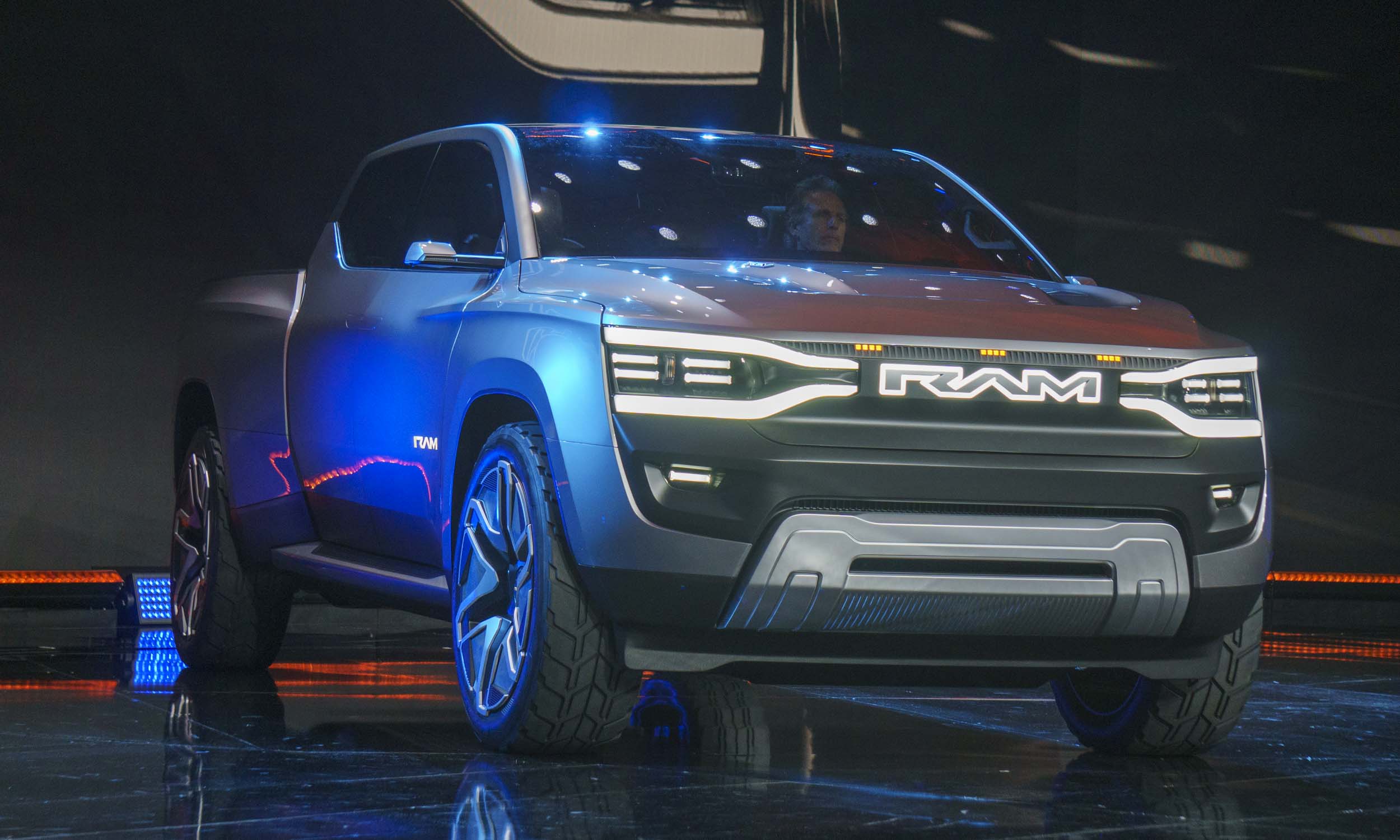 Ram 1500 Revolution
Ford is already selling the F-150 Lightning electric pickup, General Motors has announced upcoming EV versions of the Chevrolet Silverado and GMC Sierra trucks, and now it’s Ram Truck’s turn to go electric. At the 2023 CES in Las Vegas, Nevada, the truck division of Stellantis took the wraps off the Ram 1500 Revolution BEV Concept. With futuristic styling and a range of advanced, innovative features, this futuristic vehicle provides a glimpse into what consumers can expect from the production Ram 1500 BEV coming in 2024. 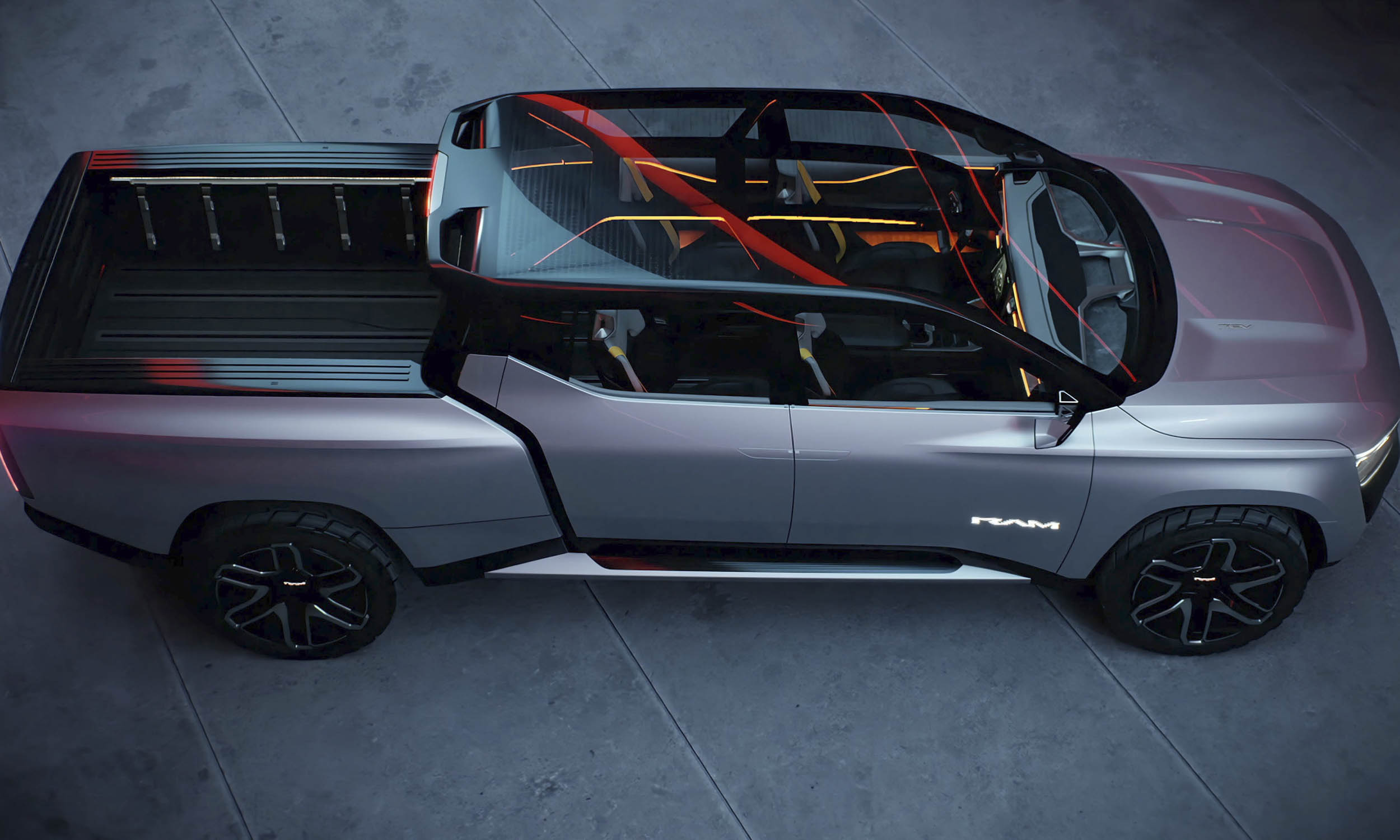 Electrified Journey
“The Ram 1500 Revolution BEV Concept is our clearest signal yet that we’re on the precipice of something extraordinary at Ram and points directly to where we’re going on our electrified journey,” said Mike Koval Jr., the Ram brand CEO at Stellantis. “At Ram, we’ve redefined what pickup trucks can be and will do so again by pushing past what competitors are offering by delivering the best electric pickups on the market,” Koval predicted. 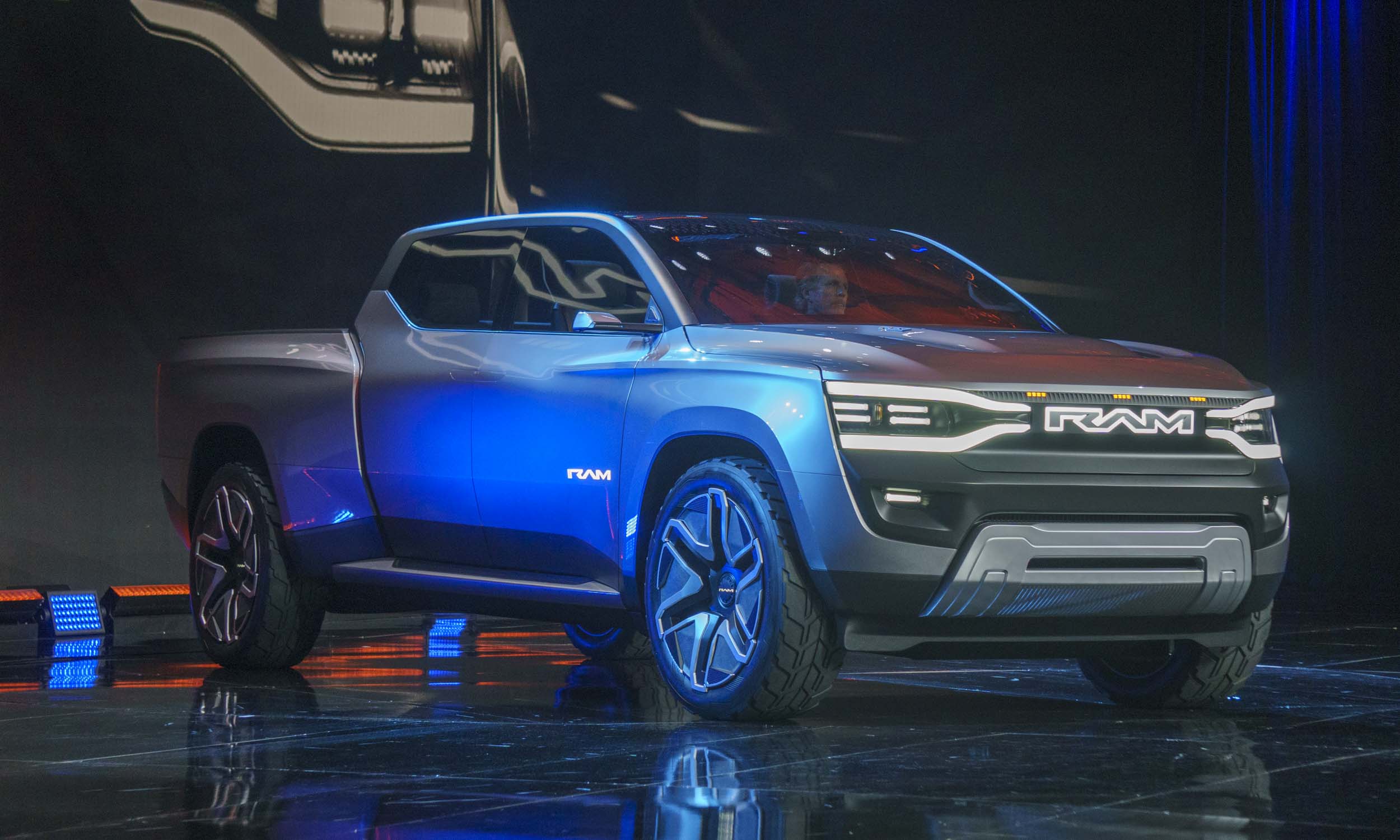 Futuristic yet Familiar
The Ram 1500 Revolution BEV Concept is unlike anything the brand has sold before; however, familiar styling cues make this future truck easily identifiable. Up front, the RAM lettering is big and bright, flanked by a new fully animated LED “tuning fork” design. An integrated skidplate plays to the truck’s expected tough demeanor, while tow hooks remain hidden until needed. 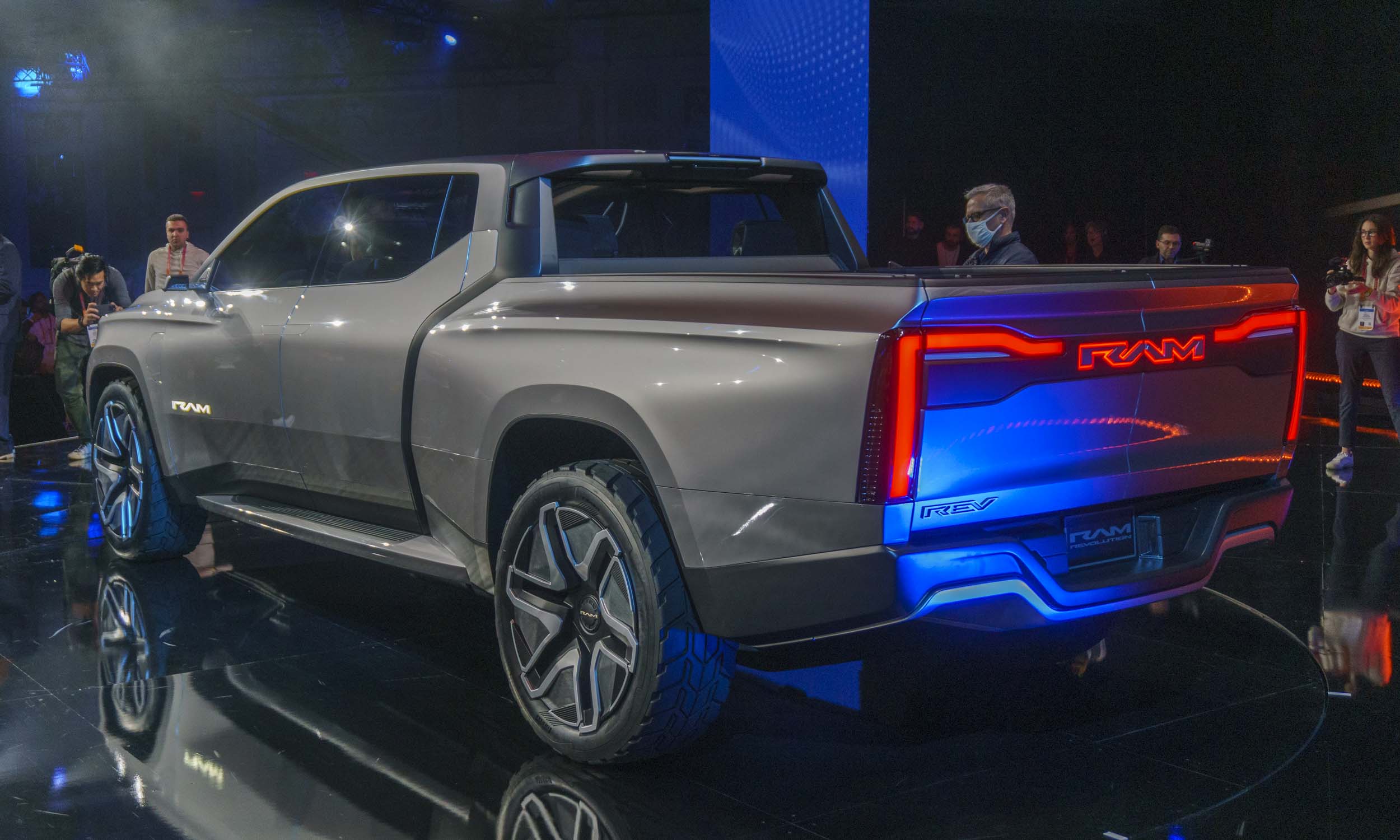 Rear View
At the rear of the Ram 1500 Revolution BEV Concept, stylish LED taillights frame the tailgate, flowing out from a bright red RAM emblem positioned at the center of the gate. The powered multifunction tailgate can open via a typical lower hinge, or split in the middle and open to the sides to provide easier access to the bed. With the tail doors open to the sides, the bed extends to handle longer cargo. 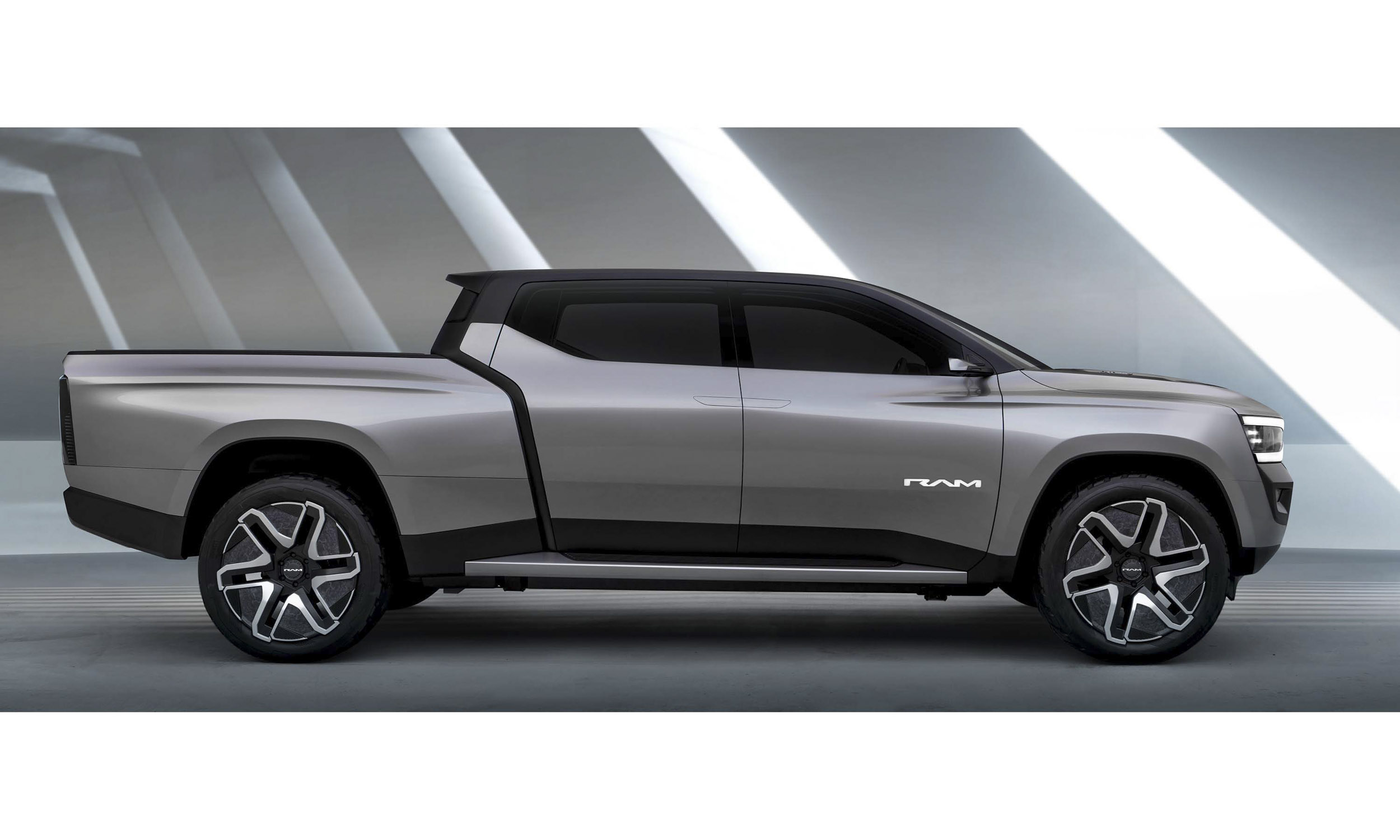 Sleek Silhouette
This Ram concept is sleek and powerful, highlighted by a sweeping roofline, high beltline and bold fender flares. Doors handles sit flush for a smoother aerodynamic look, and the small, lightweight rearview “mirrors” employ cameras rather than reflective glass. The Ram 1500 Revolution’s 24-inch wheels get shod with 35-inch tires and feature light-up center caps that remain visually level even while the wheels are rotating. 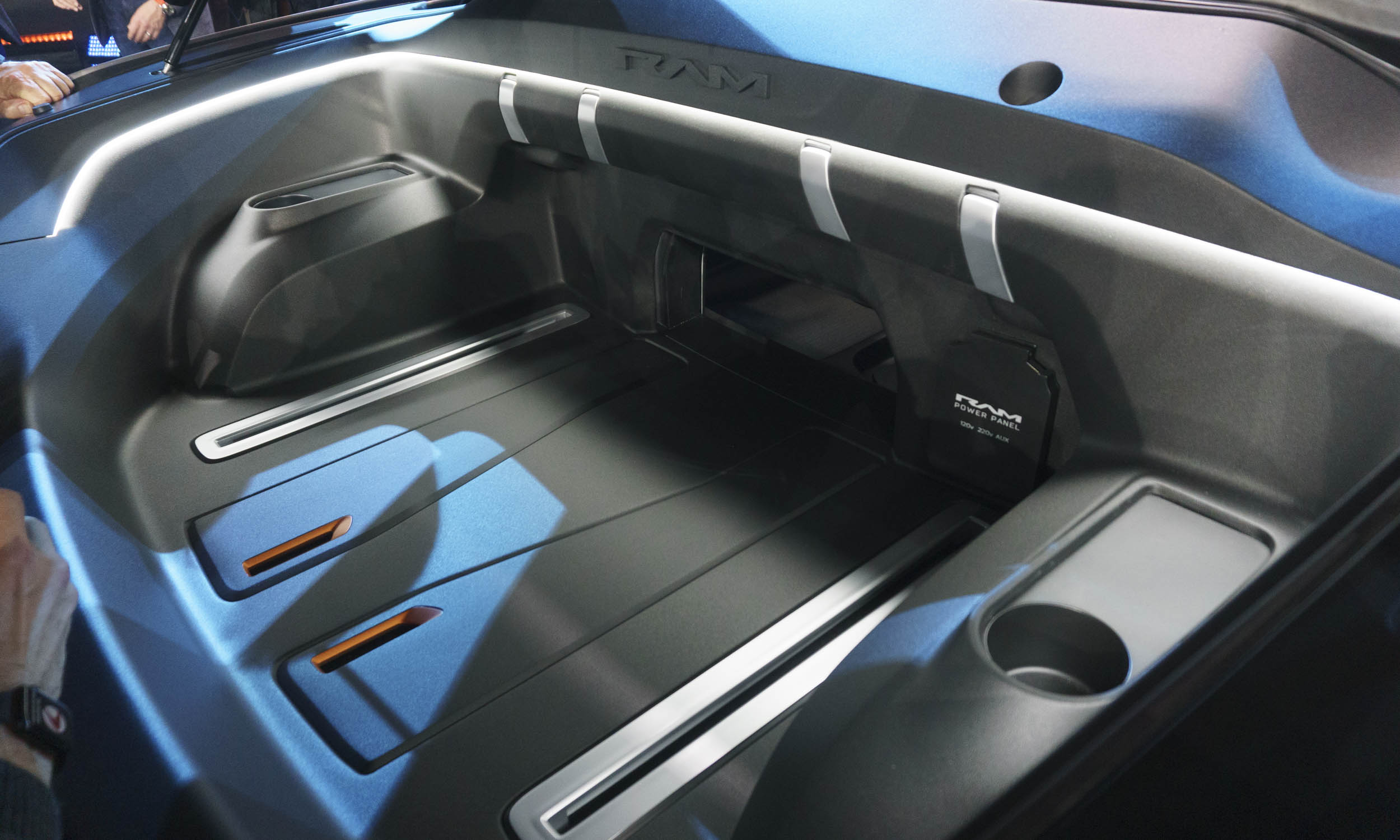 Power Frunk
Like Ford’s F-150 Lightning, the Ram 1500 Revolution BEV Concept offers considerable storage space under the hood where an internal-combustion engine would normally reside. The power frunk (front trunk) has one-touch open and close functionality and features adjustable dividers and Ram Track with flexible tie-down locations. There’s also an opening that allows a pass through from the passenger cabin. 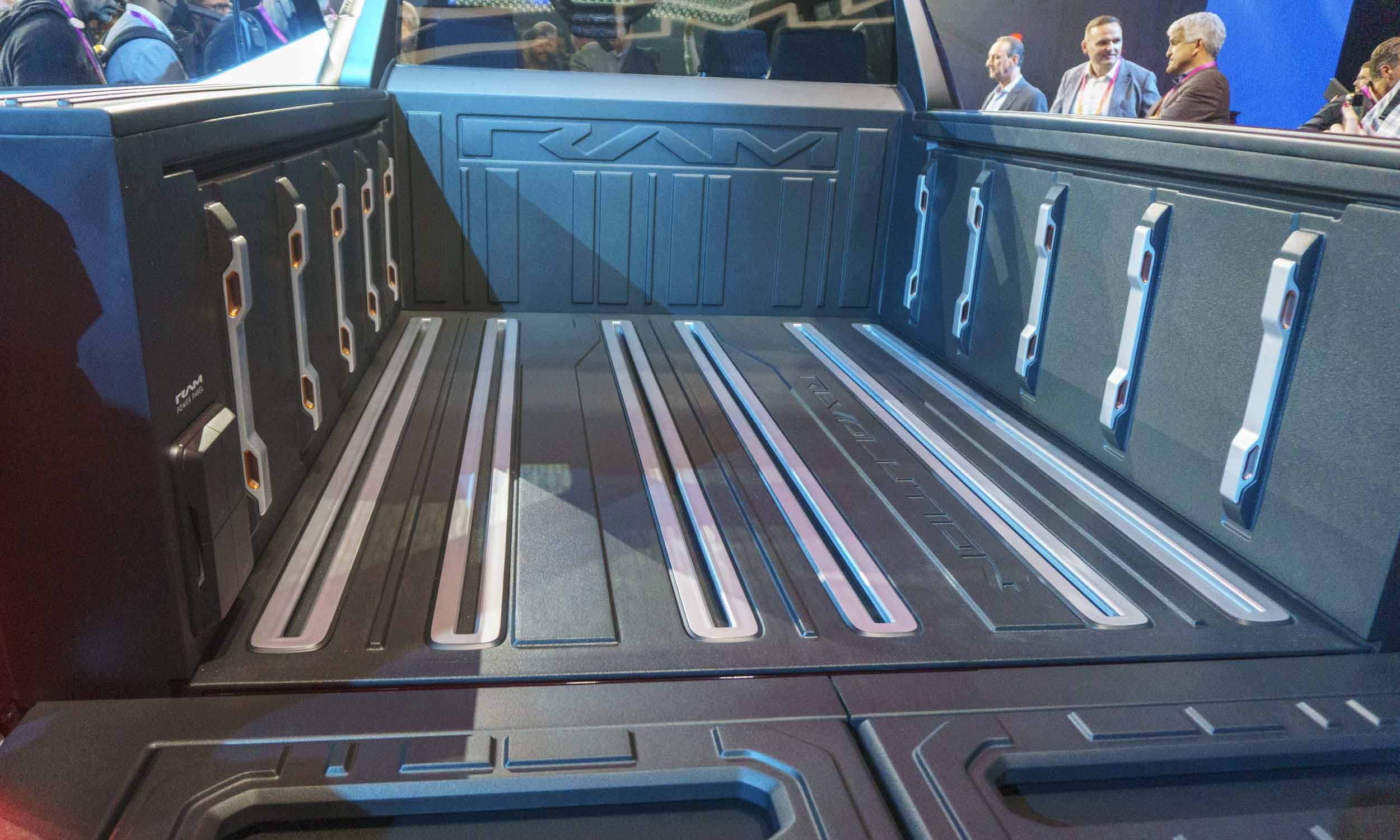 Power Midgate
Adding to the truck’s versatility is a power-operated midgate that opens at the rear of the cab and extends the truck bed into the cabin. The Ram concept also features a pass-through to the frunk, so the truck can carry objects up to 18 feet long with the tailgate closed. 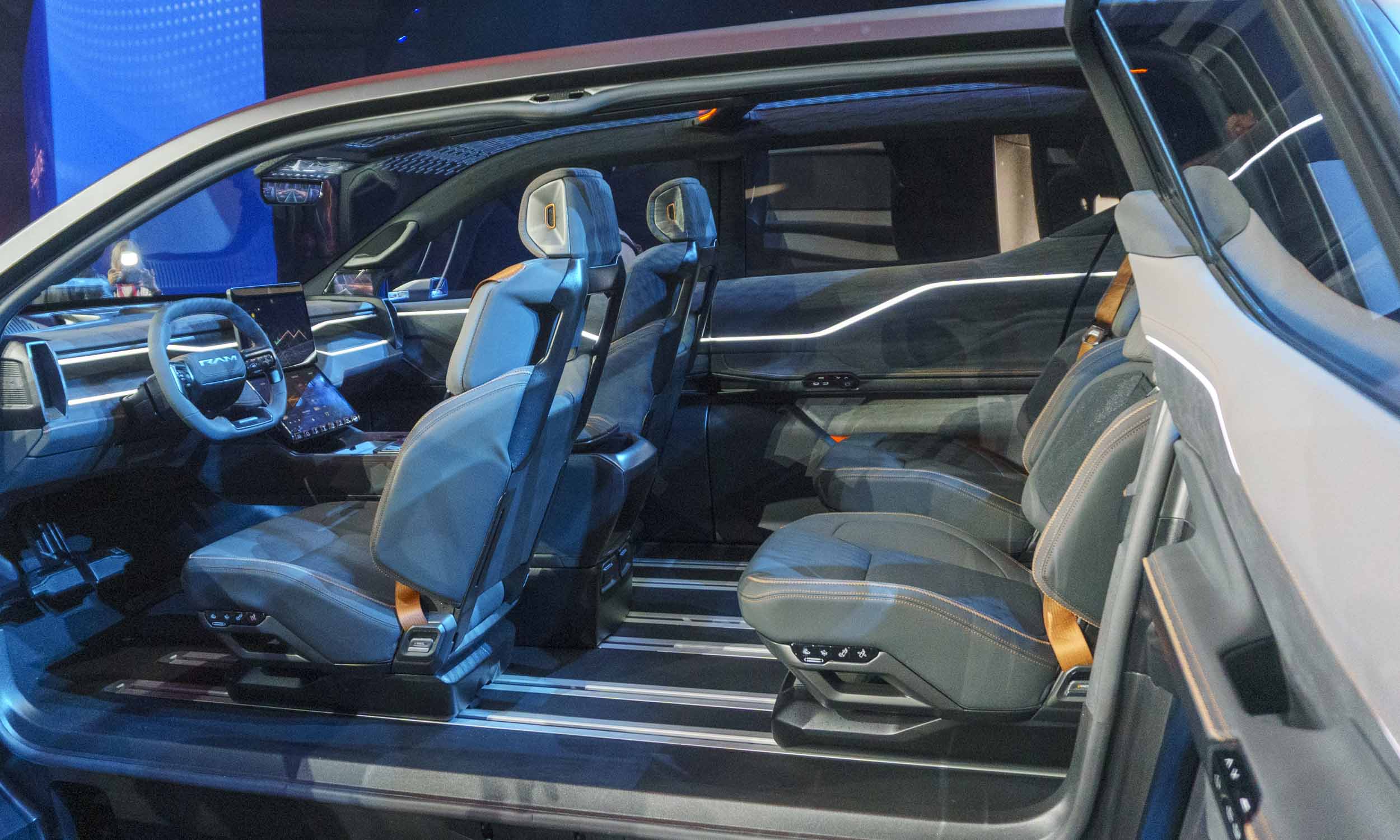 Roomy Interior
Employing a new EV platform and smaller, more powerful electric motors, the Ram 1500 Revolution’s design team was able to shift the cabin forward to increase interior space. The concept’s cabin is 4 inches longer than the current Ram 1500 pickup. An electrochromic glass roof contributes much to the truck’s spacious atmosphere; the glass is dimmable at the touch of a button. 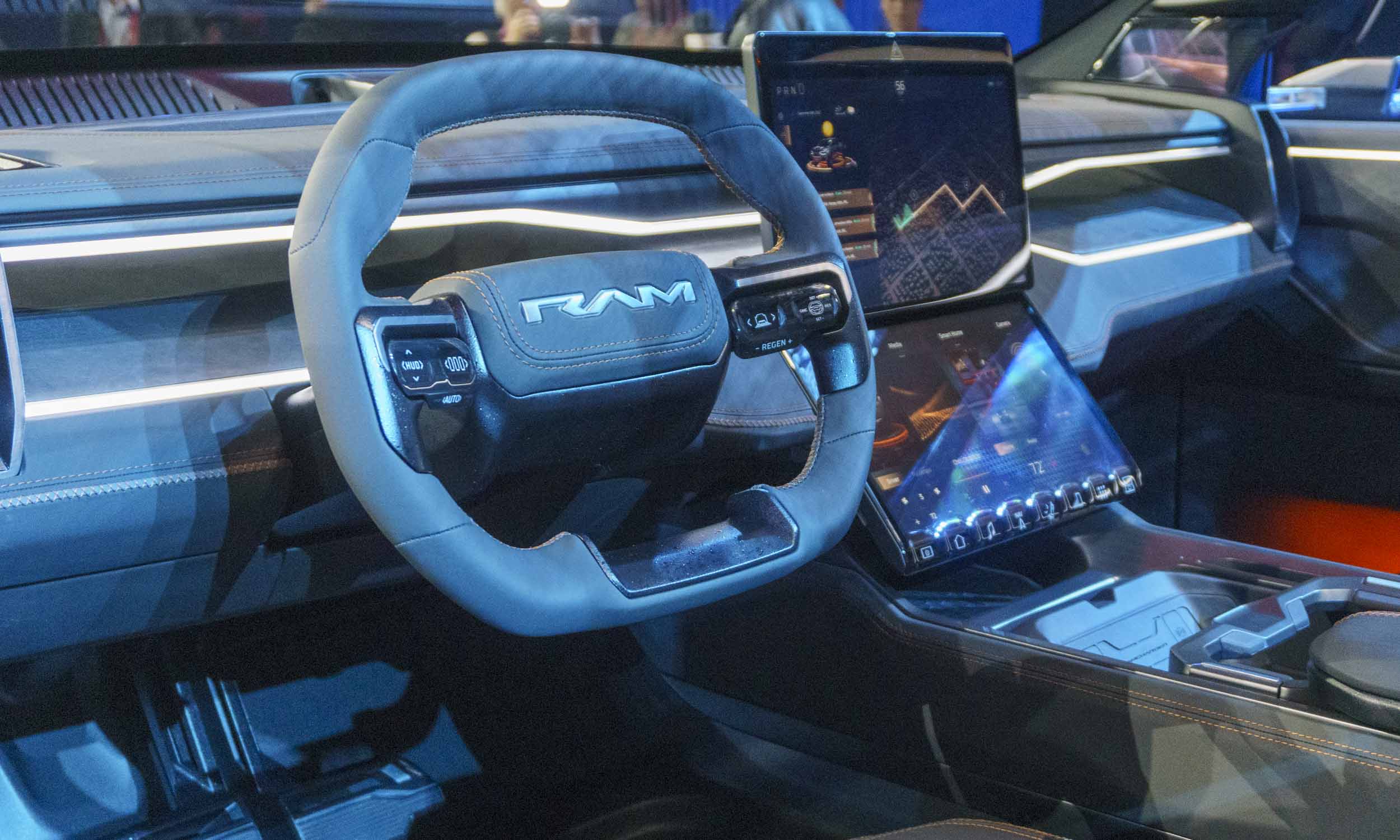 High Tech
The dashboard of the Ram 1500 Revolution BEV Concept centers around two large touchscreen displays that combine to provide 28 inches of screen space. The lower screen has three positions and can even be removed for use outside the cabin. With a flat top and bottom, the steering wheel features capacitive controls and digital screens. 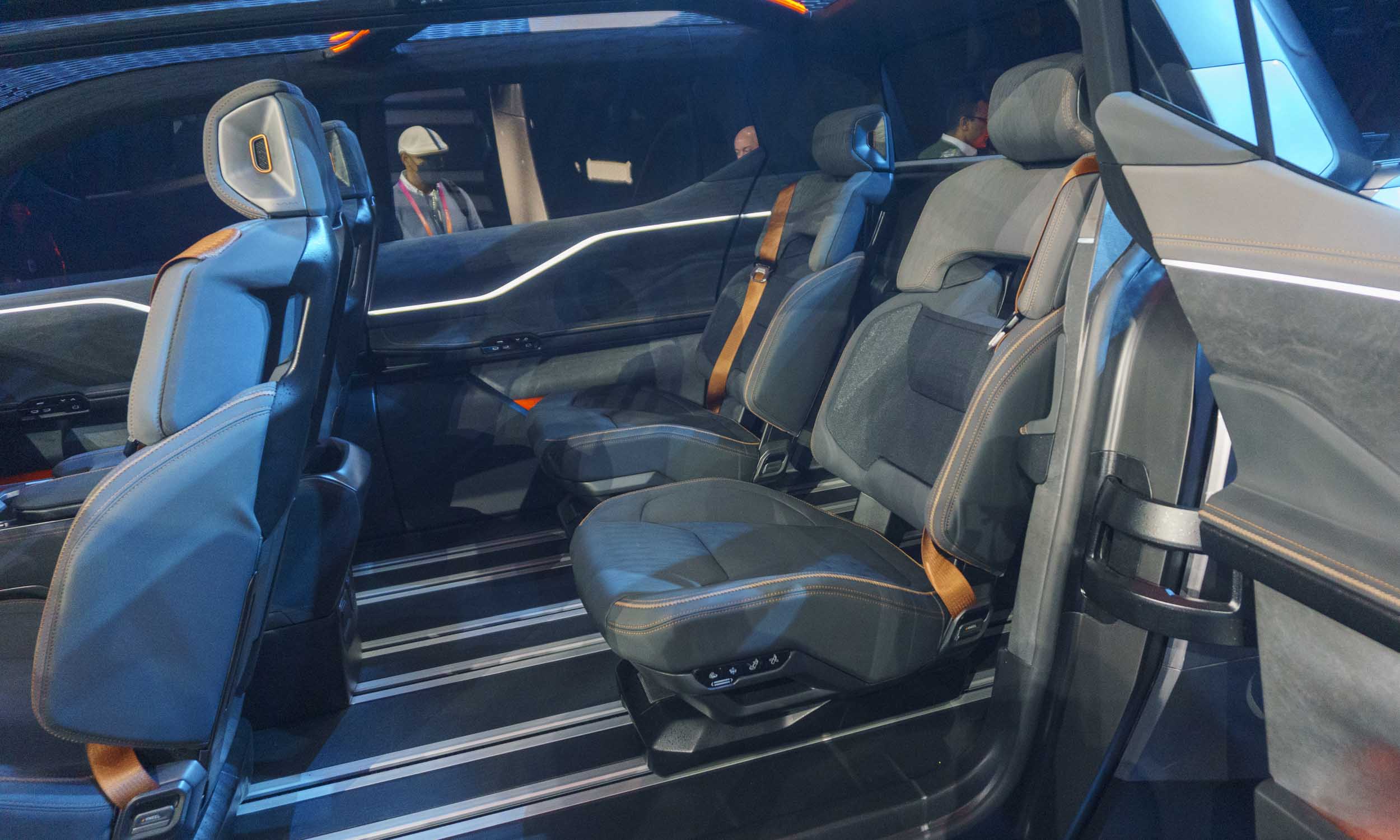 Flexible Cabin
Designers carried the Ram Track system through the electric truck to provide additional seating flexibility and more versatility within the cabin. The center console can be moved or removed entirely for additional space, and the console armrests can be adjusted to convert into a workstation surface when needed. 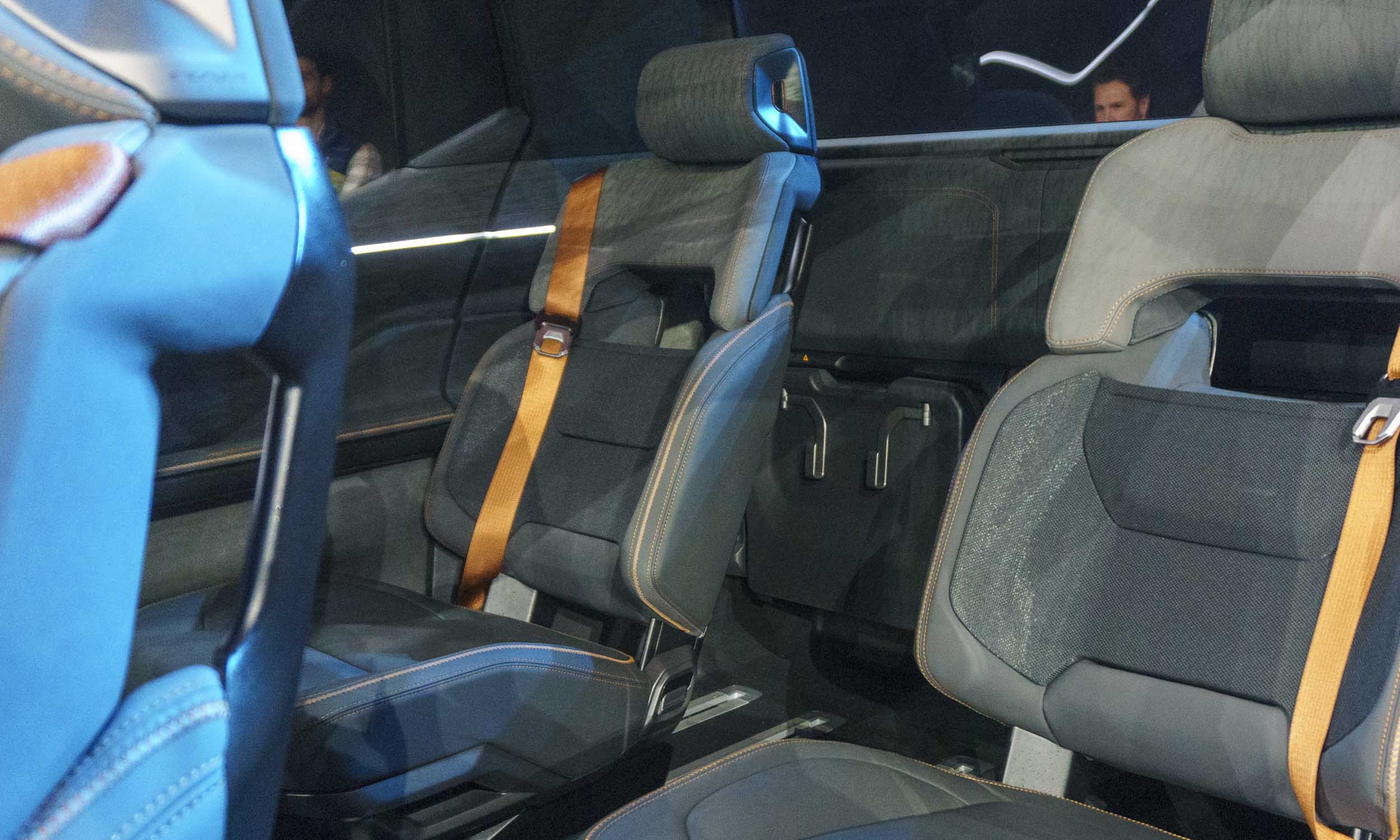 Third-Row Seating
When Dodge introduced the Club Cab pickup truck way back in 1973, the vehicle featured small jump seats behind the pickup’s bench seat. With this new cabin design, Ram brings back the jump seat, which now functions as a third row. Attached to the lower section of the midgate, the seats fold down for use and up out of the way when not needed. As an added feature, the seat bottoms can be removed for use outside or in the bed of the truck. 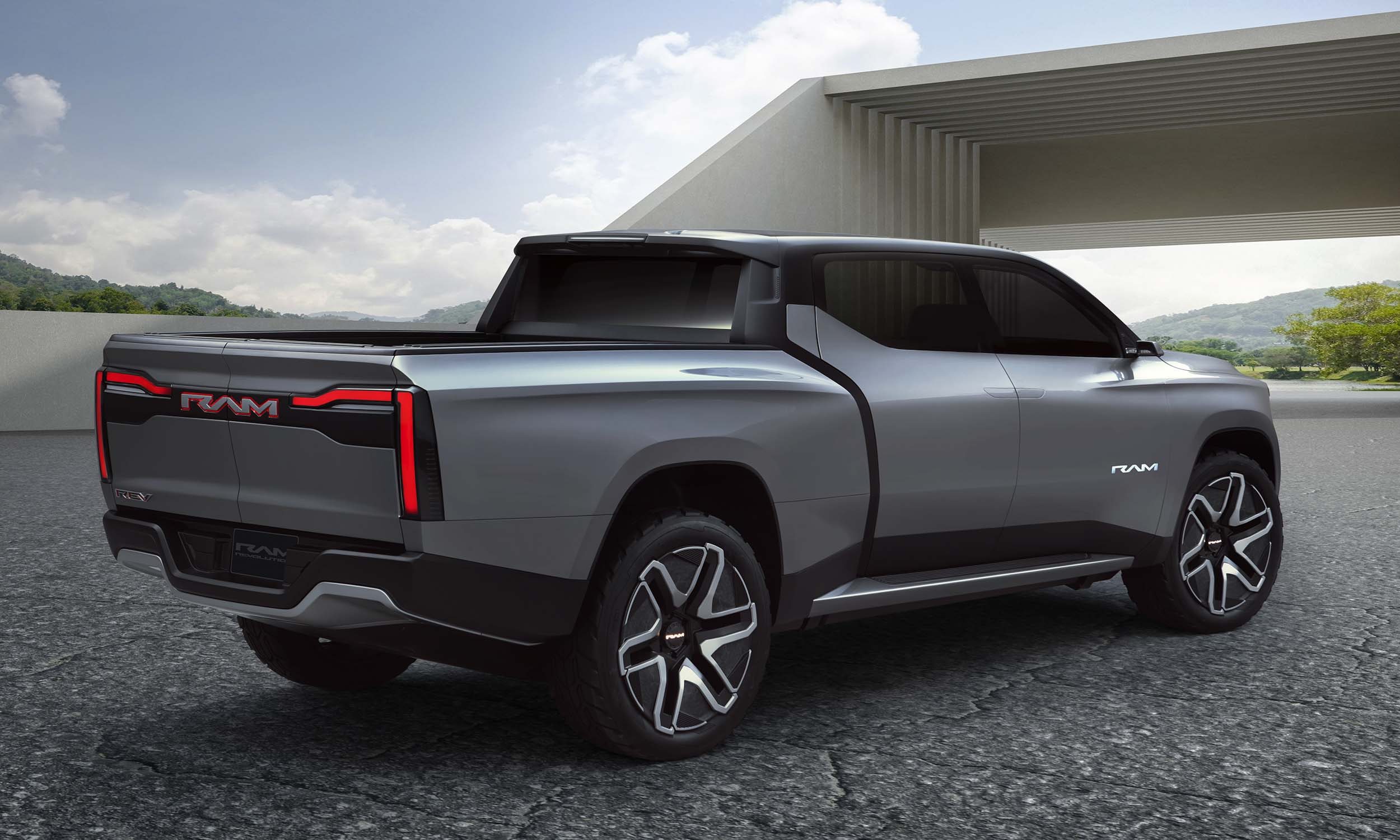 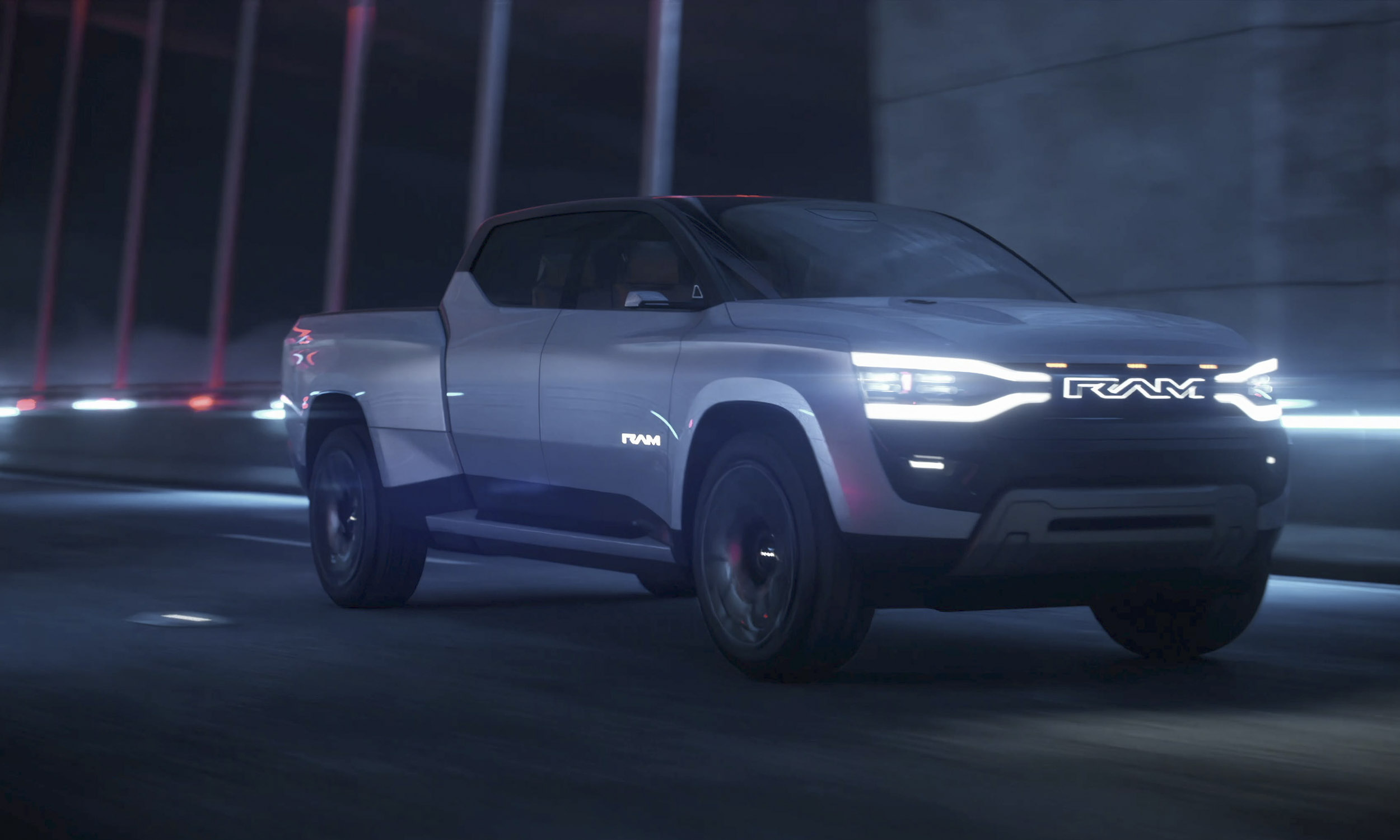 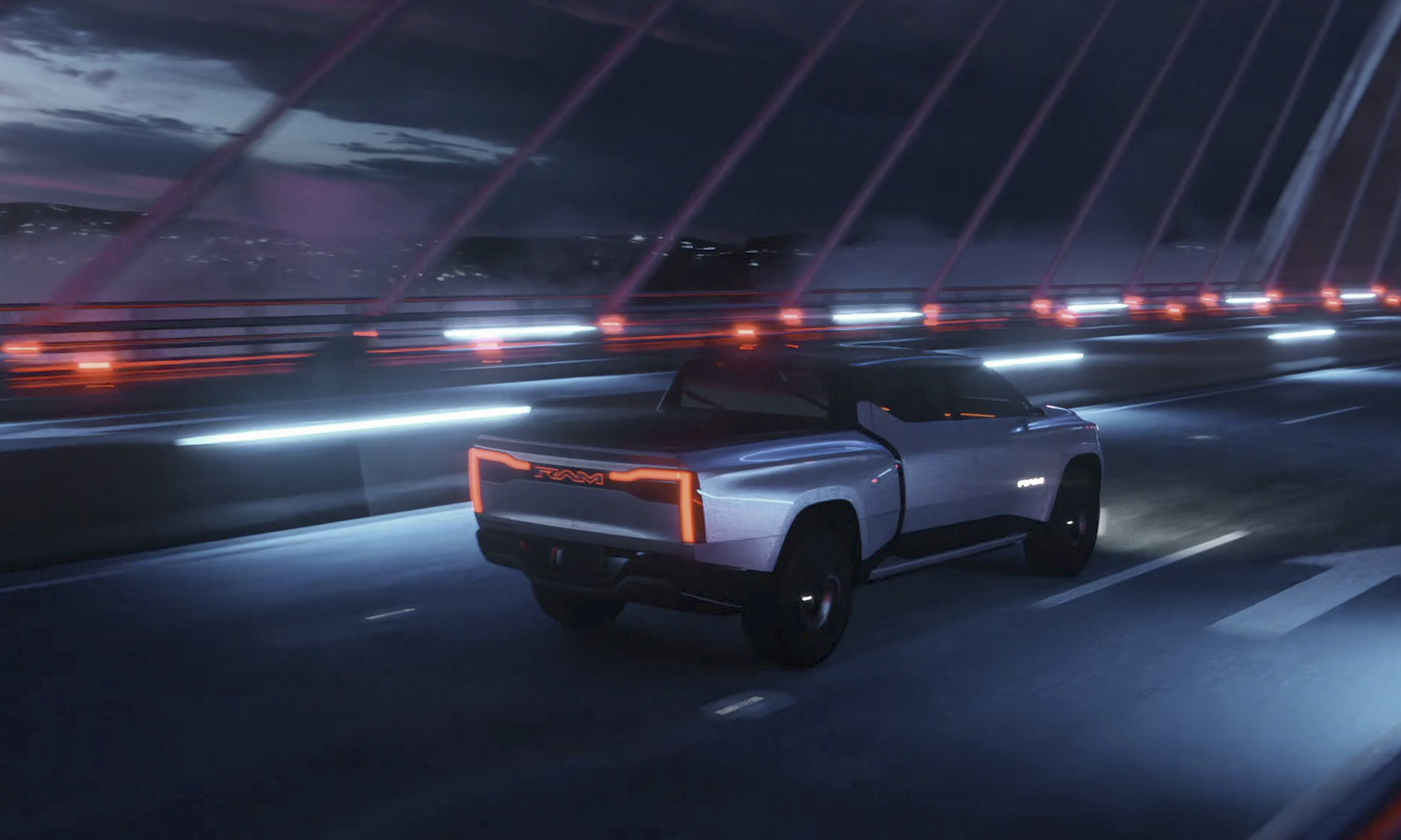 Electric Power
Power for this full-size EV comes from two electric drive modules (EDMs) positioned at the front and rear of the truck. This placement provides all-wheel drive — one motor driving each axle — and maximizes interior space and storage capabilities. Ram hasn’t released any specific information regarding horsepower or performance, but the truck is designed to utilize larger EDMs which suggests there could be high-performance variants in the truck’s future. 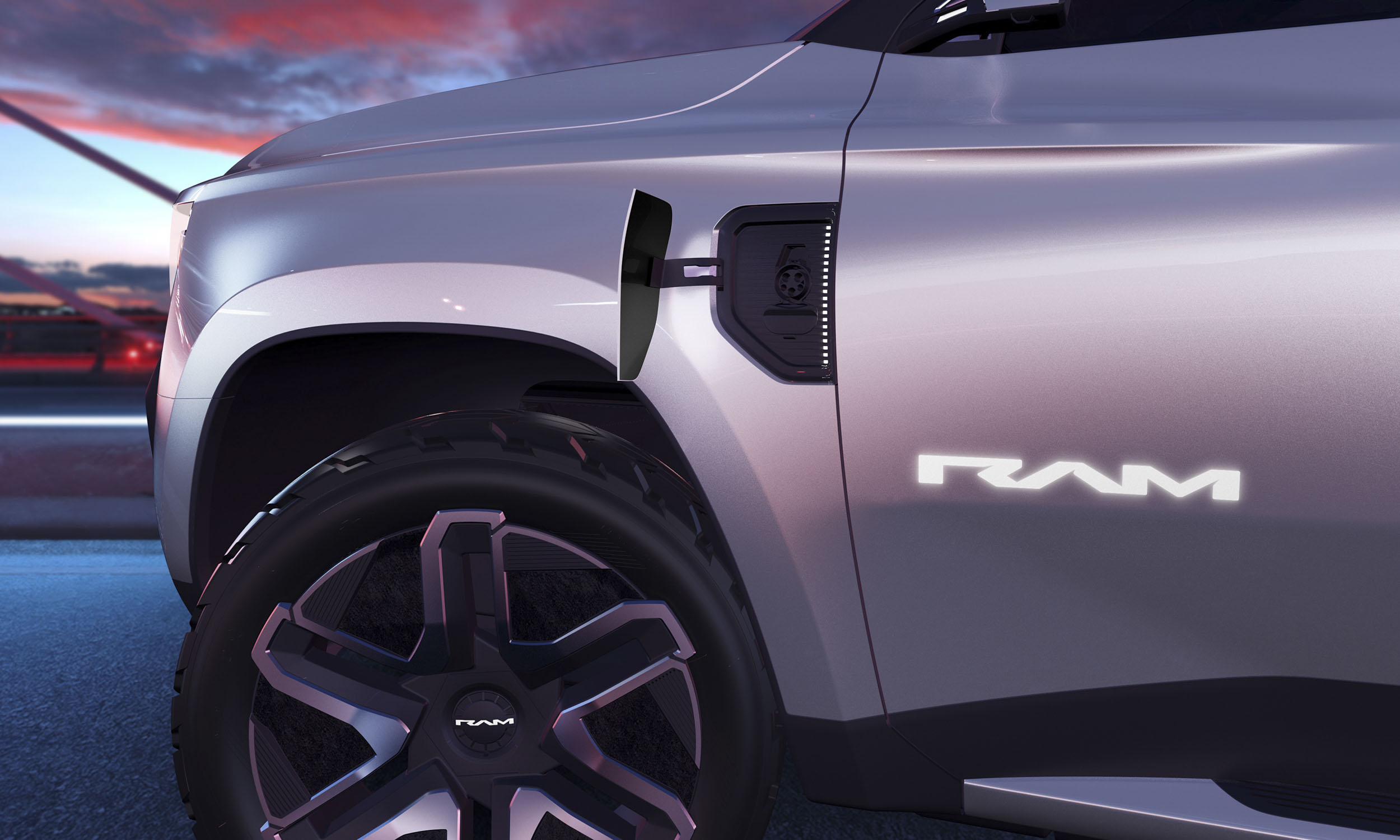 Charging
Although at this time Ram has not released any specific information about vehicle range or battery size, the brand does say the concept could gain 100 miles of range in about 10 minutes of charging thanks to its 800-volt infrastructure, which can charge at 350 kW from a DC fast charger. 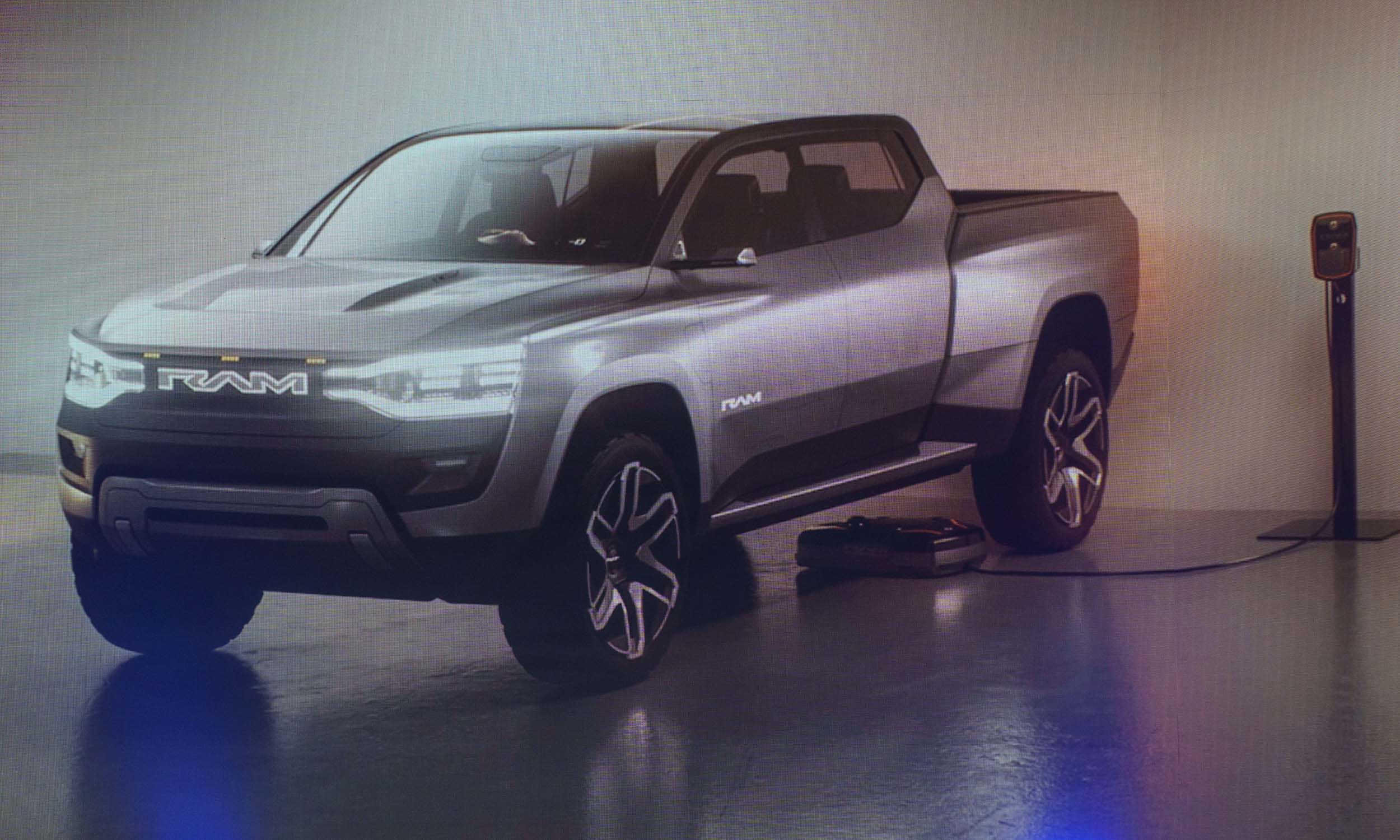 Ram Charger
As an innovative way to charge the new truck — or other future EVs from Stellantis — at CES the company presented an inductive robotic charger called Ram Charger. This system detects the vehicle parked in a home garage and automatically moves beneath the vehicle to begin charging. 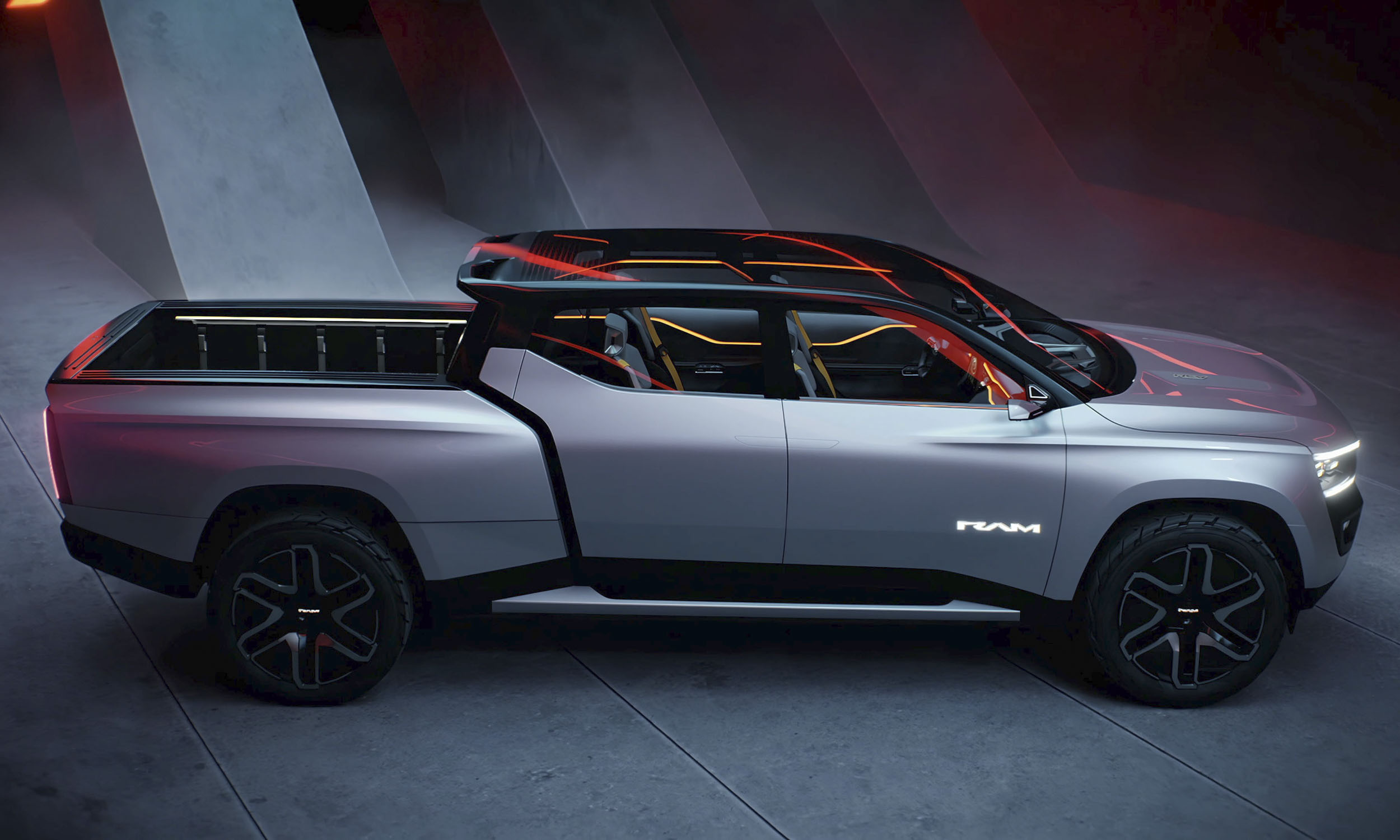 Still a Concept
The Ram 1500 Revolution BEV Concept provides a glimpse into the possible design, features and technologies to expect from the upcoming Ram 1500 BEV, but it remains a concept vehicle at this time. According to Stellantis reps, we’ll get our first look at the production version of this electric Ram pickup this spring.

The post What a Concept: Ram 1500 Revolution Goes Electric appeared first on autoNXT.net. 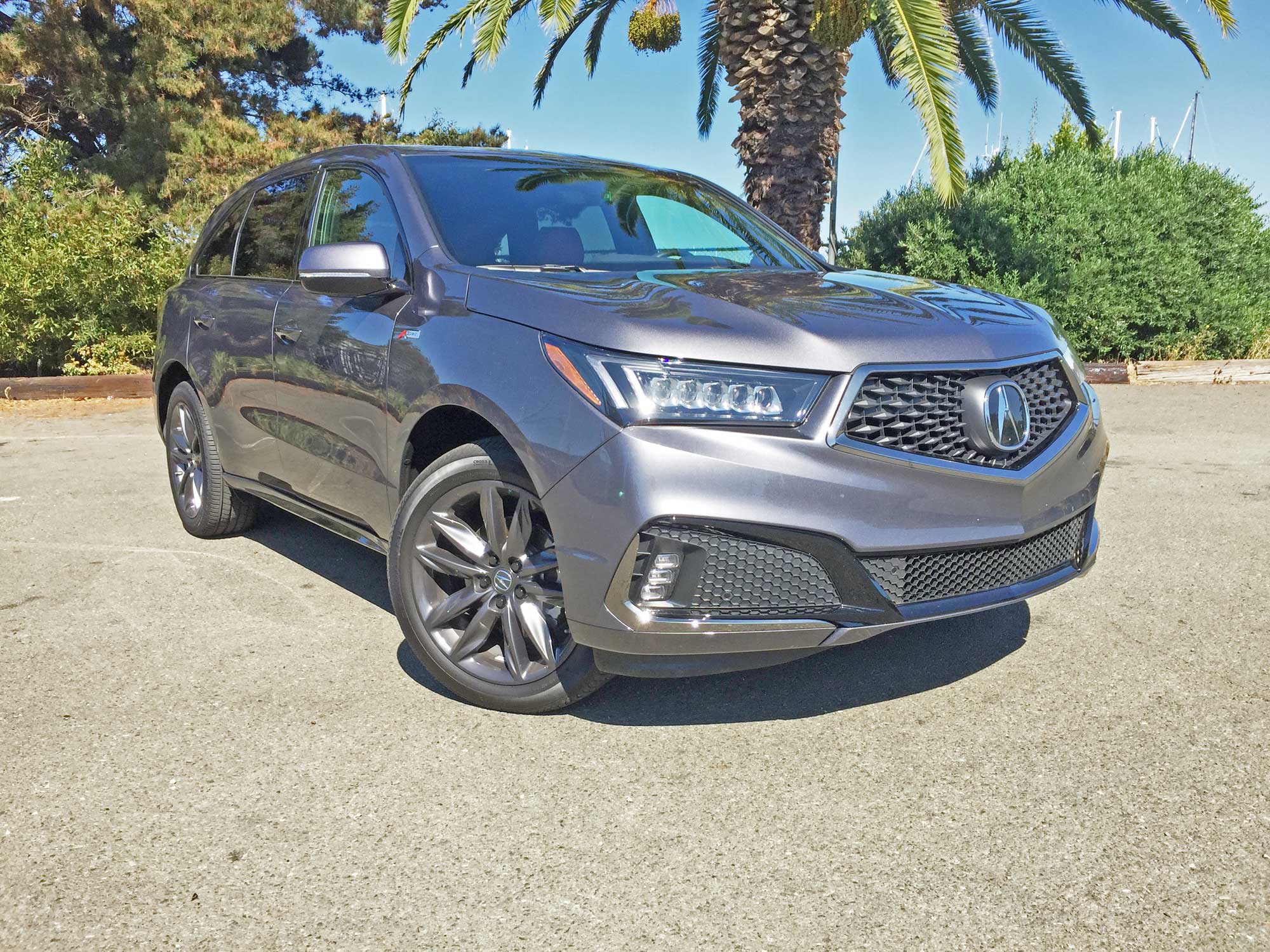 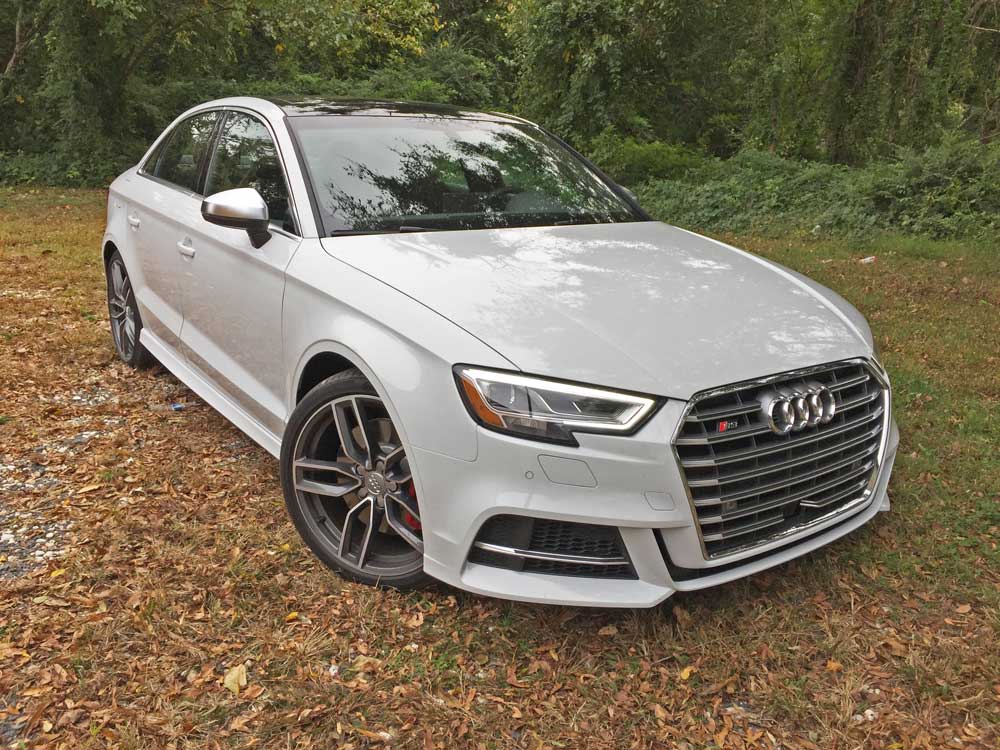