If the Ford Vertrek is the inspiration for the next generation Escape compact SUV, Ford may have another hit on their hands.

Unveiled at the recent North American International Auto Show, the Vertrek has the cutting edge styling, fuel economy potential and new technologies that shoppers in North America, Europe and China are demanding.

Vertrek was picked by the writers of AutoWeek Magazine as the best concept of the Detroit show.

?In markets around the world, consumers are very clear about what they want in a compact SUV ? strong design, great driving quality, smart technology and the capability that helps get them to places they love to be,? said Jim Farley, group vice president, Global Marketing, Sales and Service. ?This holds true no matter where they live ? in the U.S., Europe, China ? these are global trends.? 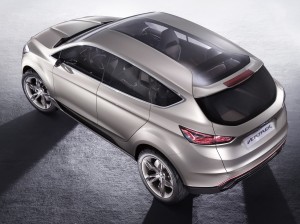 The Vertrek concept previews a next-generation product with a sleek, modern design and yet it maintains the generous cargo volume offered by the current Ford Escape in North America, a traditional compact SUV with 66.3 cubic feet behind the first row and 29.2 cubic feet behind the second row.

Ford planners anticipate that the 1.6-liter EcoBoost? gasoline engine in the concept would produce best in class fuel economy. ?The concept also previews the Ford Auto-Start-Stop system, which contributes further to fuel efficiency and low emissions. 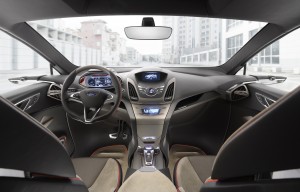 EcoBoost provides high-output, smaller-displacement powertrains that deliver uncompromised performance and fuel economy. These turbocharged engines deliver fuel economy gains of up to 20 percent and reduction of CO2 emissions of up to 15 percent, compared with larger, less efficient powertrains.

Ford engineers have enhanced EcoBoost?s technology capabilities by adding variable valve timing and precisely controlling all aspects of the engine. Ford has at least 125 patents on its EcoBoost technology.

The concept will easily handle the 2.0-liter Ford Duratorq? TDCi (turbo diesel common-rail direct-injection) engine. Industry insiders say the Vertrek should be available in the U.S. in later 2012 as a 2013 model. 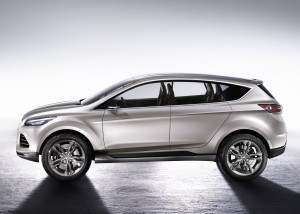