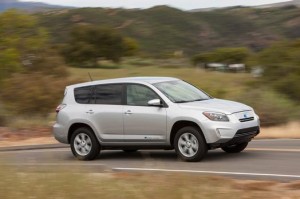 Toyota will begin selling the RAV4 EV in the southern California market late this summer.? The electric RAV4 is the first Toyota vehicle that will be powered by the Tesla battery pack, which was developed through a joint venture between the innovative electric car builder, Tesla, and Toyota. The pair worked together to develop the integrated RAV4 system, rather than having Tesla simply supplying a ready-to-go system. ?The resulting front-wheel drive RAV4 EV was unveiled at the Electric Vehicle Symposium in Los Angeles in May.

The RAV4 uses a 41.8 kilowatt-hour battery pack, which is smaller than any battery Tesla is using currently, but it is expected to have a real-world range of about 100 miles.? The EV has two operating modes, a Sport mode, which accelerates the crossover from 0 to 60 mph in 7.0 seconds and to a top speed of 100 mph and the Normal mode, which takes 8.6 seconds to make the 0 to 60 mph run, with a top speed of 85 mph. 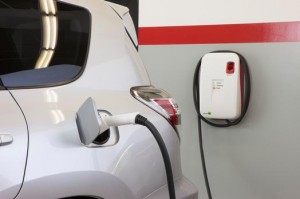 he lithium ion battery pack takes about six-hours to charge using a 240-volt charger.? The EV weighs 470 pounds more than the RAV4 V-6, with most of the additional weight coming from the battery pack, but that does give it a lower center of gravity for better handling characteristics. 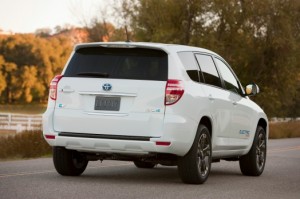 Toyota has set the sticker price of $50,610 including the destination charge.? The EV will be eligible for a $7,500 federal tax credit and an additional $2,500 in California.? It will also qualify to drive in in the carpool lane with a solo occupant.? It initial will be sold through select California dealerships in the San Francisco Bay area, Sacramento, Los Angeles, Orange County and San Diego. ?Over the next three years, dealers in other states will be added. 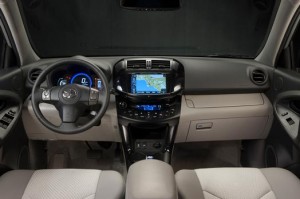