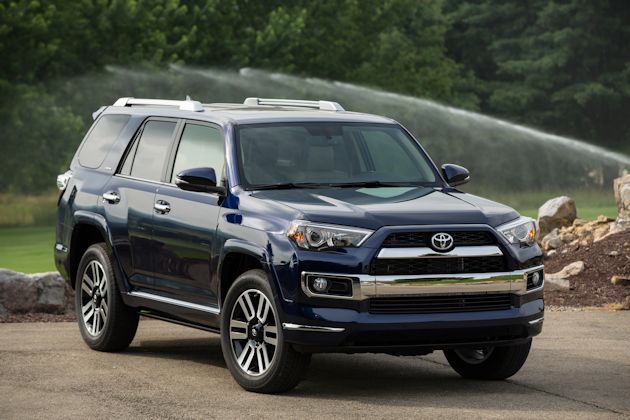 Now in its fifth generation and with nearly 30 years of history behind it, the 2014 Toyota 4Runner represents one of the old timers in the U.S. Sport Utility movement. Like other SUVs the 4Runner has evolved from a pickup variant to full-fledged SUV and recently toward a crossover.

However, unlike a majority of SUVs that have made the switch to unibody platforms, the Toyota 4Runner has maintained its body-on-frame structure. This heavy-duty construction helps provide the rigidity to give the 4Runner a high extensive off-road capabilities and a more rugged persona. 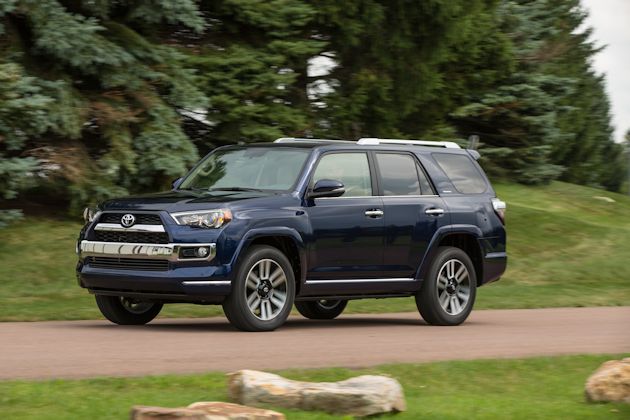 A sophisticated four-wheel independent double-wish suspension in the front and 4-link rigid rear suspension with coil springs along with front and rear stabilizer bars helps the 4Runner to excel on- and off-road.

On road the new 4Runner continues to provide owners with a smooth comfortable, quiet almost sedan-like ride while still maintaining the desirable higher seating position which drivers seem to covet.

For 2014, the 4Runner has a new more masculine exterior design and refined interior appointments. Toyota makes it easy shoppers to tailor a 4Runner to their lifestyle with three available grades. The basic SR5 version is the value leader offering a very well equipped version of the mid-level SUV. Luxury shoppers looking for more features will be drawn to the Limited model, which we drove. It has more generous level of standard features that some customers demand. Both the SR5 and Limited are offered with a five-passenger and optional seven-passenger seating capacity. 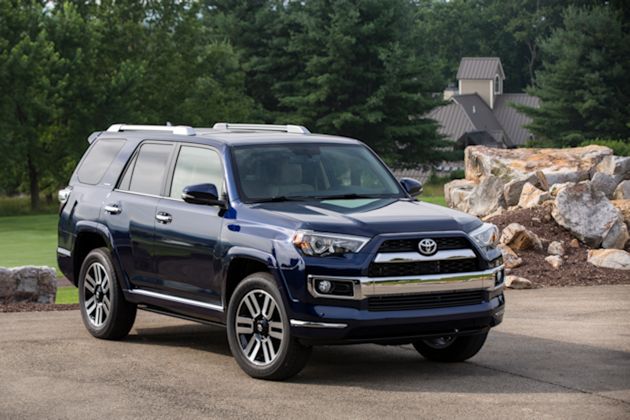 We were impressed with the handling of the Limited model and its standard X-REAS suspension system that corners flatter, smoother and absorbs bumps better.? The system automatically adjusts the damping force of shocks when driving over bumpy surfaces or when cornering.? The system uses a center control absorber to cross-link shocks on opposite corners of the vehicle, substantially reducing pitch and yaw by offsetting opposing inputs.

Customers who plan to use their 4Runner for more than dirt roads can choose the Trail grade. In addition to cosmetic enhancements like color-keyed bumpers, fender flares, and other exclusive trim treatments, the Trail version sports a distinctive large hood scoop.
The Trail grade is designed to maximize off-road performance with better approach and departure angles, higher ground clearance, and a selection of functional upgrades. For example, the Trail grade offers an optional Kinetic Dynamic Suspension System which improves terrain-following ability by disconnecting the stabilizer bars to allow for more axle travel and better suspension articulation. It also has a Crawl Control that helps maintain a driver set engine speed and brake force through rugged terrain.

Another Trail grade feature is Multi-Terrain Select system that dials in wheel-slip control to match the terrain.? It allows for more wheel spin in mud and sand allowing wheel-spin to work in the vehicle?s favor.? On bumpy moguls or solid rock, wheel slip is minimized and the system acts more like a limited slip differential. 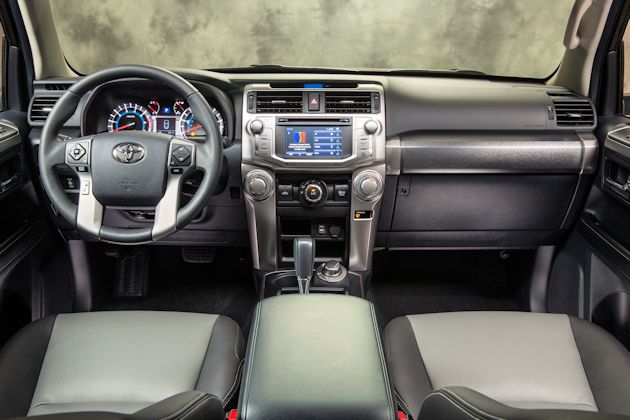 The A-TRAC traction control system is standard equipment on all 4×4 models.? The system can distribute the driving force to any one wheel in contact with the ground, making terrain irregularities and slippery patches virtually transparent to the driver.? An electronic-locking rear differential is standard on the Trail grade.

The Toyota 4Runner is powered by a 270-hp, 4.0-liter V-6 engine. The engine features Dual independent Variable Valve Timing with intelligence designed to optimize torque across the engine?s operating range. The only transmission offered is an electronically controlled five-speed automatic. The 4Runner accelerates from 0 to 60 mph in 7.6 seconds. EPA fuel economy is listed a 17 mpg city and 23 mpg highway for 4×2 models, and 17 mpg city and 22 mpg highway for 4×4. 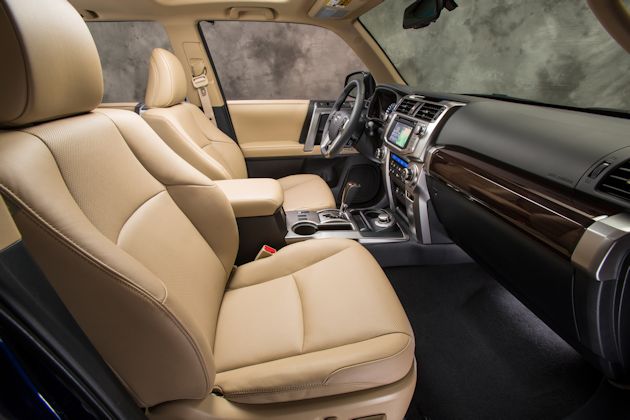 All models have a standard integrated tow-hitch receiver and wiring harness and a 5,000 towing capacity. Hill-start Assist Control is standard on all models. It?s designed to hold the vehicle before starting on a steep hill or slippery surface. Four-wheel drive models also have a Downhill Assist Control which works like a low speed cruise control.

Our Limited test vehicle had standard leather-trimmed interior with front row power seats which are heated and ventilated and have memory settings.?It also had the optional third row seating and Third-row curtain shield airbags. 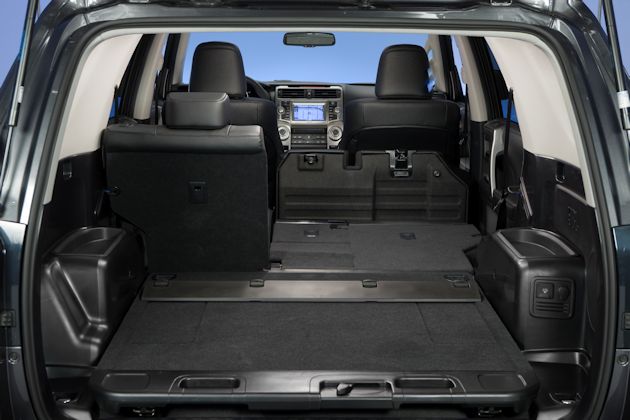 With all three rows of seating in place the cargo capacity is limited to nine cubic feet. Folding the third row into the floor increases the capacity to 46.3 cubic feet and to 89.7 cubic feet when both rear rows are folded. There is also an optional pull-out deck capable of holding up to 440 pounds to make loading heavy items easier; plus it can also be used as a table or seating for tailgating. A tailgate speaker system is also available. 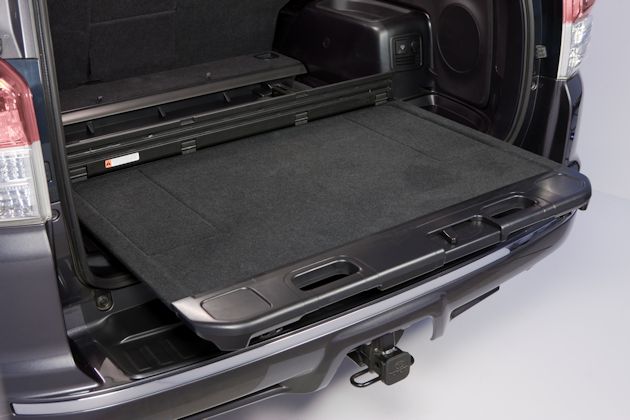 A front and rear clearance sonar system is standard on Limited models, and a rear-view backup camera is now standard on all 4Runner models.? The system displays in the audio screen, increasing visibility at the rear of the vehicle.

The Limited audio system is an upscale Premium JBL system which adds navigation with a seven-inch monitor, HD Radio with iTunes? tagging and 15 speakers. 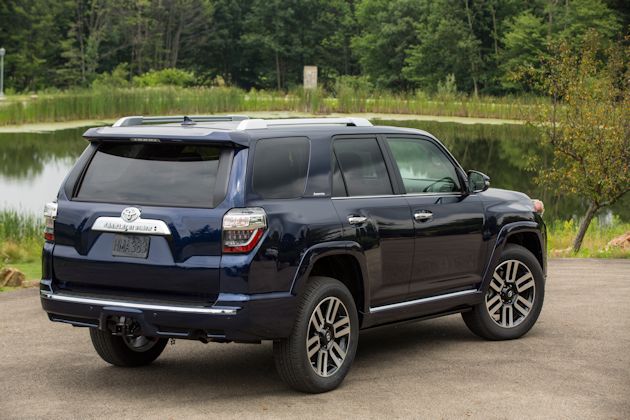 The 2014 Toyota 4Runner won?t win any awards for innovative design or cutting edge styling , but it does offer owners one of the most solid, dependable and comfortable SUVs available. 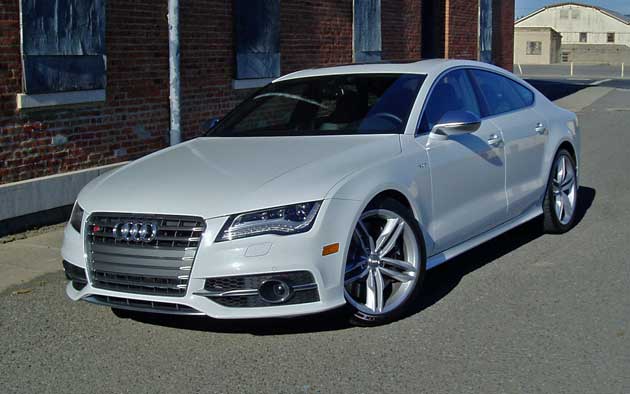 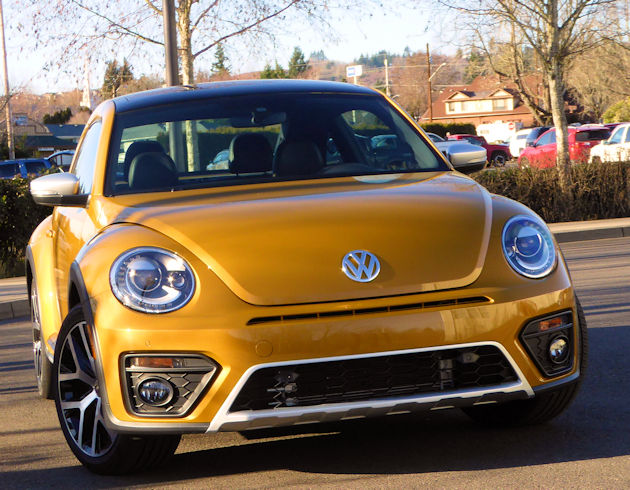