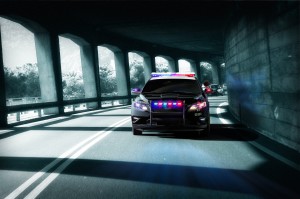 With the Crown Victoria being phased out in late 2011, Ford does not intend to give up their dominance of the police car market, as they illustrated recently with the introduction of the all-new, purpose build Police Interceptor model.

To develop the concept Police Interceptor, which uses the Ford Taurus as a starting point, engineers worked with Ford?s Police Advisory Board of law enforcement professionals, which provided input on key vehicle attributes such as safety, performance, durability.

Ford?s Police Interceptor engine strategy will provide a V-6 lineup that performs equal to or better than V-8 engines. The lineup comes with two powertrain options, allowing police to choose the powerhouse that best meets their patrol requirements.?The base engine driving the front wheels is the 3.5-liter V-6 delivering at least 263 horsepower and E85 compatibility. The pursuit model has the 3.5-liter EcoBoost? V-6 twin-turbocharged, direct-injection engine with at least 365 horsepower and 350 ft.-lb. of torque

A high-capacity six-speed SelectShift Automatic? transmission delivers the power of EcoBoost to the road via the sophisticated torque-sensing all-wheel-drive system. The Ford Police Interceptor also is equipped with a column shift specifically designed so the console area is free for the ever-increasing amounts of aftermarket police equipment necessary for officers to do their jobs.

Other technology included in the new Interceptors includes BLIS? (Blind Spot Information System), Cross Traffic Alert to sense oncoming traffic when packing out of a parking spot, rear view camera system, reverse sensing system and AdvanceTrac? stability control. Ford?s innovative SYNC? system can also be remapped to work specifically with police aftermarket equipment such as lights and sirens, allowing the officers to focus on their task. 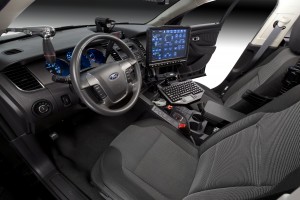 Throughout its development, Ford?s new Police Interceptor has been put through the paces, undergoing a battery of torture tests to ensure its individual components can hold up to the rigorous driving styles of police professionals. 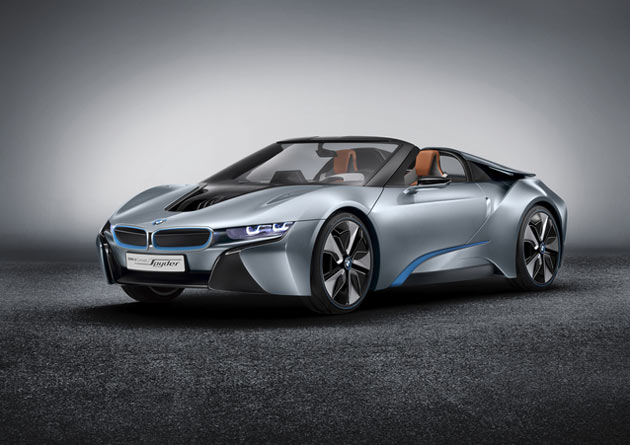