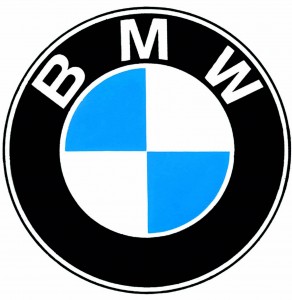 Further enhancing their move away from larger displacement to smaller turbocharged power plants, BMW is bringing back the four-cylinder to U.S. market for the first time since 1999.

Like the company?s latest 3.0-liter turbo inline six, the new 2.0-liter engine will combine twin-scroll turbocharging with high-pressure direct-injection and BMW?s VALVETRONIC intake control. With 240 horsepower and 260 lb.ft. of torque, it offers more power and torque than BMW?s normally aspirated 3.0-liter inline six. Vehicles being outfitted with the new engines will be announce at the New York Auto Show in April.

Maximum output of 240 horsepower is achieved at 5,000 rpm, 1,500 rpm lower than in the normally-aspirated 3.0-liter inline six. The peak torque of 260 lb.ft., comes on stream at just 1,250 rpm. Not only is that 30% more torque than the aforementioned inline six, it also peaks 1,500 rpm earlier. The vigorous power comes on early and climbs steadily all the way to redline.

The four-cylinder engine with its all-aluminum crankcase is lighter and more compact than a six-cylinder engine of equivalent power. The turbocharger is a twin-scroll system. The exhaust streams leaving the two pairs of cylinders are kept completely separate as they flow through the exhaust manifold and the turbocharger, taking a spiral path to the turbine wheel. This configuration results in very low exhaust back pressure at low engine rpm, and allows the energy of the exhaust gas pulses to be optimally managed and translated into powerful rotation of the turbine blades, without a delay in throttle response.

The patented BMW VALVETRONIC system with seamlessly variable intake valve lift control dispenses with the throttle valve system typical of conventional engines. Instead, combustion air mass is controlled inside the engine, resulting in much faster response. Pumping losses are kept to a minimum, making the engine more efficient.

The High Precision Injection direct-injection system also helps to improve efficiency. Centrally positioned between the valves, solenoid injectors with a maximum injection pressure of 200 bar (2,900 psi) precisely control the supply of fuel. The fuel is injected very close to the spark plug, resulting in clean and homogeneous combustion.

The cooling effect of the injected fuel also allows for a higher compression ratio than might otherwise be possible. This results in further efficiency improvements.