Chevrolet showed off the next generation Malibu sedan in New York in April and while the styling is not quite revolutionary, the drivetrain is cutting edge making the 2013 Malibu ECO the most fuel-efficient midsize sedan in Chevy?s 100-year history.

The high fuel economy comes in part from the eAssist? ?light electrification? technology which is expected to deliver an estimated 26 mpg in city driving and 38 mpg on the highway without compromising performance.

ECO is based on the all-new, 2013 Malibu sedan, which will be sold in nearly 100 countries on six continents. Sales of the new Malibu begin with the ECO model in the United States in early 2012. The Malibu LS, LT and LTZ trim level offerings join the ECO in summer 2012.

?The Malibu ECO is a smart choice for customers who want excellent fuel economy without the price premium of popular hybrid sedans,? said Rick Scheidt, vice president of Chevrolet marketing. ?The Malibu ECO?s 38-mpg highway estimate is comparable with those hybrids.? The eAssist system captures up to 15kW of energy that would be normally lost during braking and uses it to recharge the lithium-ion battery. The system also shuts down fuel delivery in certain deceleration conditions, further improving fuel economy. While in fuel shut-off mode, the motor-generator unit continues spinning along with the engine to provide immediate and smooth take-off power when the driver presses on the accelerator. As the vehicle comes to a stop, the engine?s start-stop function is active when the motor-generator unit brings the engine to a smooth stop to position it properly for a smooth restart when the brake is released.

Malibu ECO also features an aerodynamic exterior ? including underbody aero enhancements ? and electronically controlled shutters in the lower grille that close at higher speeds to push more air over and around the vehicle. These enhancements increase aerodynamic efficiency to boost fuel economy. The Malibu?s interior was designed to bring an element of sophistication to everyday driving, featuring an all-new dual cockpit design with more room, thanks to its increased width. Compared to the previous model, Malibu has nearly four cubic feet of additional interior volume, along with more front and rear shoulder and hip room and more than one cubic foot of extra trunk space. Available soft, ice-blue ambient lighting reflects off of and complements chrome accents and ensures even, consistent illumination along the instrument panel and in storage pockets.

The Malibu also has a number of storage areas, including a radio face that articulates up and down to reveal a six-inch deep, illuminated storage area behind its seven-inch touch-screen radio display ? a U.S. first in a midsize car. Malibu will also offer a full range of the latest infotainment options, including new color radio systems and an available navigation system. Malibu will include Chevrolet?s new MyLink infotainment package at launch. It builds on the safety and security of OnStar and seamlessly integrates online services like Pandora? Internet radio and Stitcher SmartRadio?. MyLink integrates wireless connectivity through Bluetooth to enable hands-free use of selected smart phone apps while the device remains safely stowed. It features a high-resolution, full-color touch screen display designed to manage the number of steps required to complete a task.

Prices will be announced closer to the production date. 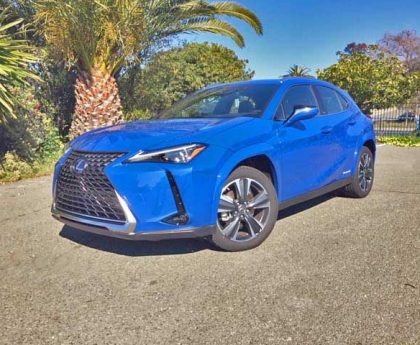