No, it?s not a Pirates of the Caribbean theme bike 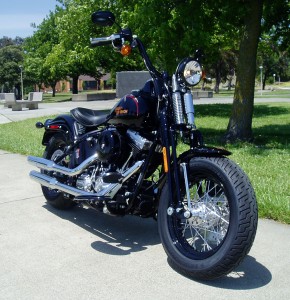 ?The design team at the Motor Company seems to be on a roll of late with the reinvention of elemental images from the past. Harley has long been associated with skeletal graphic themes ? skulls and cross bones have adorned bikes for ages, and now, there?s even a Harley-Davidson model that pays homage to the past, and that has adopted the mystique of the ?bones? image by naming that model Cross Bones?. The official symbol for this particular model, even though it appears nowhere on the motorcycle itself, is a variation on the legendary Harley-Davidson ?Number One? logo.? The Cross Bones? Numero Uno displays a stylized skull at the top. The original ?One? logo appears on the oil tank cover, but it seems as if the new Cross Bones graphic would make an ideal replacement choice.

Okay, so much for nit picking about the logo selection. The Cross Bones? is actually a very cool ride with a very retro theme. The outstanding features begin up front with the Black powder-coated Springer girdered fork front end sporting chrome springs and shock absorber. The front fender is an abbreviated or ?chopped? shorty cycle (what else) affair that rides over a healthy front tire (Dunlop D402F/MT 90 B18 72H) mounted on a black powder-coated rim with steel laced spokes. Mini ape-hanger handlebars are finished in black, with a King Bee-style headlamp also done in black. The fuel tank sports a new gloss black cat-eye styled console with minimal gauges, which is followed up by an adjustable chrome sprung solo seat and a bobbed rear fender. There are old-school type floorboards rather than pegs with a rocker shift linkage and a large oval foot brake (no corners to hang your boot up on).? 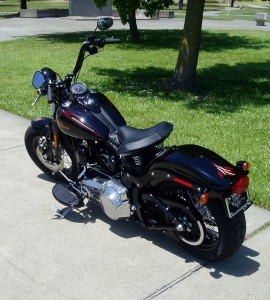 The basic Cross Bones? comes finished in a glossy, Vivid Black? with Wicked-style pin striping on both fenders and the tank. Other available colors include: Black Denim, Pewter Denim, Dark Blue Denim, Olive Pearl and Dark Blue Pearl ? but all color options will cost you an extra $345.

Power for the FLSTSB Cross Bones is provided by a 1584cc Twin Cam 96B? air-cooled V-Twin with electronic sequential fuel injection, that makes 87.9 pound feet of torque at 2,750 rpm. The3 motor mates to a velvety smooth (no more clunking through the gears) six-speed Cruise Drive? sequential manual?transmission, metering power to the rear wheel via a final drive, reinforced belt.?

The exhaust exits through straight shot over and under dual right side, slash-cut chrome pipes with a traditional mellow Harley rumble. The rear suspension consists of a wider wheel that matches the front in design, but shod with a hefty Dunlop D407/200/55R17 78V riding on a softail swingarm. Bringing the Cross Bones to a halt are single disc brakes fore and aft.? 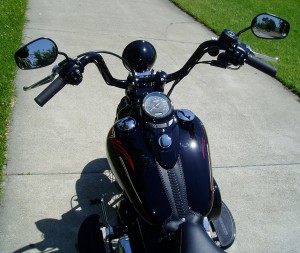 My test Harley-Davidson FLSTSB Cross Bones was finished in the basic Vivid Black ? even the motor is in black as are the oil tank cover and air cleaner. The base sticker was set at $16,795. T was also equipped with the H-D Security system ($345) and California emissions equipment with a CA Air Resources Board fee attached as well ($203.50). Add to that the $300 freight charge, and the final sticker tallied $17,343.50.

SUMMARY:? The new Harley Cross Bones comes across as an old-school bike in the ?Bobber? style that?s one bad-to-the bone ride. Springers aren?t everyone?s cup of Java, but the low seat height (26.6-inches) and mid (at least for a Harley) weight range (700 pounds dry) coupled with the 27.6 and 27.1 degree lean angles left and right respectively add up to a pretty impressive ride. The riding position was exceptionally comfortable for my 6? 4? frame and long legs, with plenty of floorboard room and easy reach to handlebars. The big front tire and bigger rear rubber make for easy maneuvering at virtually any speed with great balance for easy control. 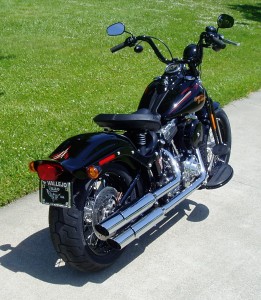 Acceleration is rapid off the line, and the broad torque range is easy to get used to in a hurry. The exhaust note is nice and mellow, but doesn?t really match the overall sinister image of the Cross Bones. In fact, Flash Gordon, dual side pipes would be more in keeping with the theme, along with some Knuckle Head rocker covers. Another plus in the visual department would be a genuine ?bobbed? rear fender with no kick up which tends to remind one of the Dyna lineup?s rear fender. Add to these improvements, an LED fuel level indicator left hand cap and the bike draws even closer to being totally old school.

Bottom line, The Cross Bones is one slick machine, whether it has anything to do with the Caribbean or not. As Old School goes, Springers rule, and this one doesn?t deliver your typical springer ride ? it?s considerably smoother. 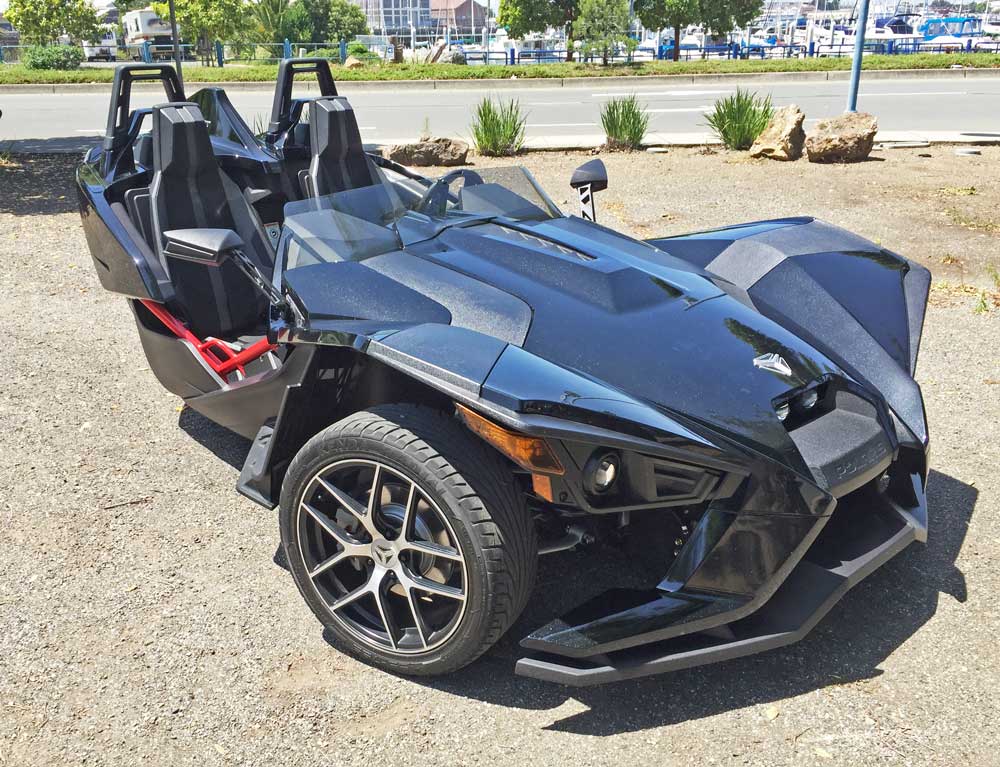