When an automotive writers group we belong to started an annual SUV competition a dozen years ago, one of the anomalies of the competitors was the Suzuki Grand Vitara. ?In a field loaded with Jeeps, Explorers and Land Rovers, the little Suzuki seemed out of place, but it turned out to be one of most fun competitors because of its great agility and maneuverability.

Since that time, the Grand Vitara has developed into a more powerful and sophisticated SUV, still 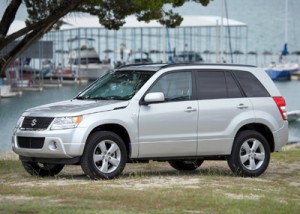 maintaining the desirable traits.? The market has also moved toward the Suzuki, too with a cluster of SUVs taking on a smaller is better philosophy.

Unlike a majority of compact SUVs that start with a front-wheel drive platform, the Grand Vitara is rear-wheel drive and rides on a stiff unibody chassis integrated with a ladder frame with four-wheel independent suspension, much like the luxury SUVs.? Combined with the optional four-wheel drive, four-wheel disc brakes and 50-50 weight distribution, the little Suzuki has very good on- and off-road handling characteristics.

A 166-hp, 2.4-liter four-cylinder engine with a five-speed manual transmission powers the entry-level RWD model, while the Premium, XSport and Limited versions get a four-speed automatic transmission and optional 4WD. The two upper-level models, Xsport and Limited have a 230-hp, 3.2-liter V-6 with five speed automatic transmission. ?The V-6 version accelerates from 0 to 60 mpg in about 8.8 seconds.? Fuel economy for the V-6 is 18 mpg city and 24 mpg highway.? The four-cylinder is about one mpg better for both numbers. 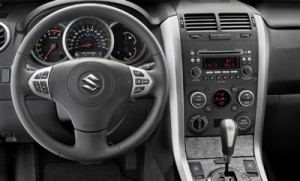 The Grand Vitara has a conservative SUV wagon style with short sloping hood fronted by a simple rectangular grille with a large Suzuki ?S? in the middle. The sides have moderate size wheel arches, but without the exaggerated muscular look of some SUVs.? The rear cargo door opens to the side and carries the spare tire.? Evidently, Suzuki designers haven?t found the space on the underside to hide the spare.? At least the mounting is tidy with a hard cover, and it is mounted low enough not to impair the driver?s rear visibility.? We like the clean interior design with well-placed and easy-to-use controls on the face of the center stack.? We also like the logical audio and cruise control buttons mounted on the face of the steering wheel.

Interior room is about average for vehicles in this category with room for five passengers.? The cargo space includes 26.6 cubic feet behind the rear seat and up to 70.8 cubic feet with the rear seat back folded. 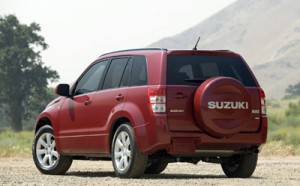 The Suzuki SUV gets high marks for value, design and features ? how many other vehicles, at any price come with a standard navigation system?? While the ride is a little harsh, we found it acceptable thanks to the comfortable seats.? We like the way the Grand Vitara handles and thought the power was adequate, but a little short of what we would prefer for our own use.

The Grand Vitara has advanced a great deal over the years and is well worth considering for someone shopping for a compact SUV. 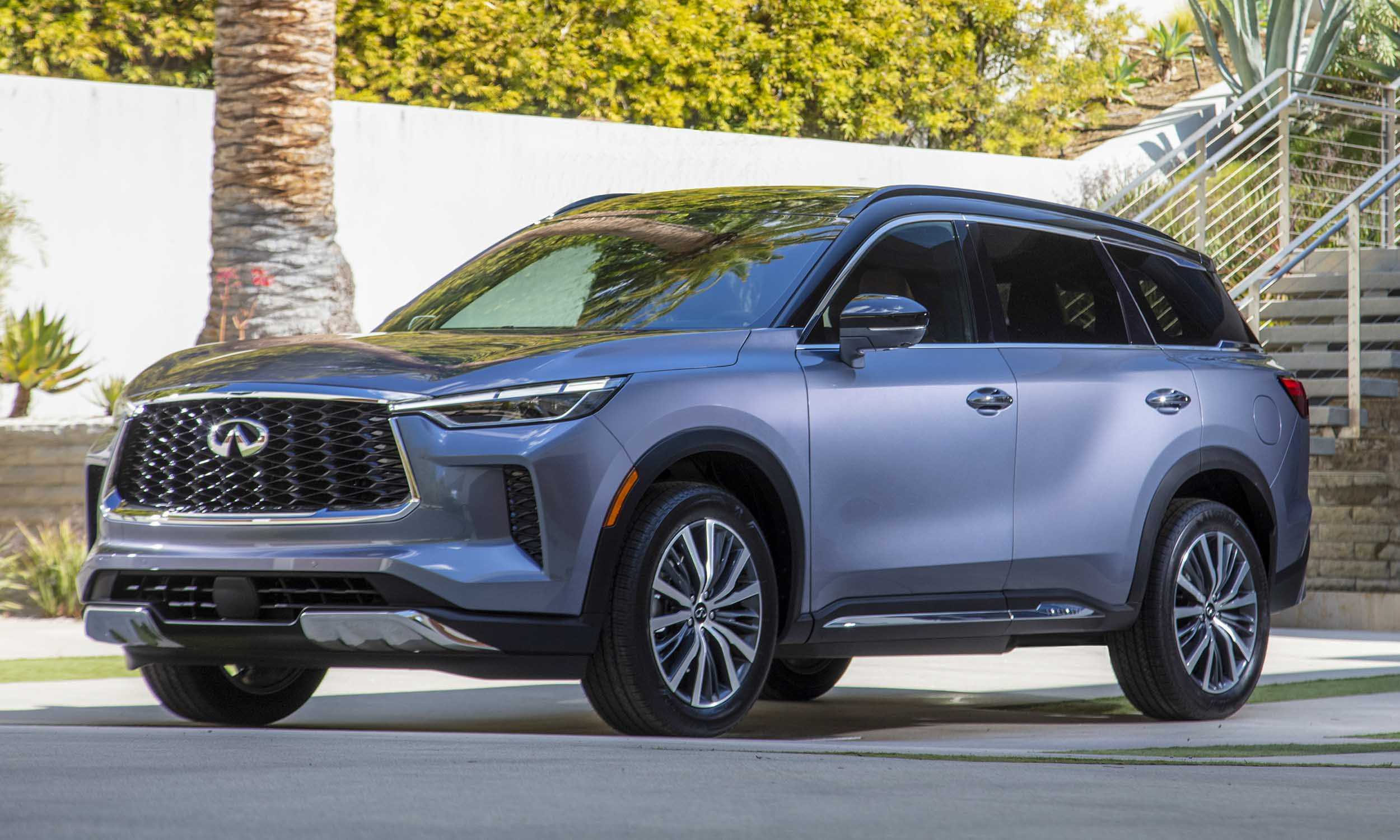