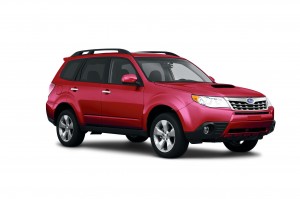 Inevitably, when we are asked what our occupation is, we can count on the next question being something like, ?what?s the best car?? or some similar question.? Of course, there is no right answer, because it depends on the individual that?s using the car.

When someone puts themselves in the equation and tells us what they want to spend, and how they use the vehicle, our answer becomes a little more subjective and we find most people are interested in a typical entry- to mid-level car.

Having lived in the northwest for nearly 30 years, we?ve developed some partialities, especially for all-wheel drive cars, and of course, the brand that is all all-wheel drive and affordable is Subaru. ?The brand also has a great reputation for durability. ?As a result, Subaru has been one of the brands we most recommend for northwest residents. 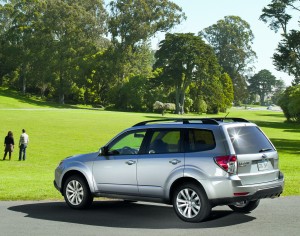 ?? It would be nice to think that the large population of Subaru owners in the northwest is a result of our recommendations, but we know better.? People in this area naturally gravitate to the brand because the cars fit their lifestyle and budget.

One of the most popular models for the Subaru lineup is the Forester, and we hadn?t driven one for a couple of years so we were anxious to see how the compact sport utility was holding up compared to the strong new competitors.

The 2011 Forester received a major mid-cycle revision including an all-new naturally aspired engine and several feature upgrades. For 2012, the most significant change included a new optional navigation system with enhanced music and connectivity features.

The Forester is available in a broad range with six trim levels and two engines.? The new base engine for the 2.5X models is a 2.5-liter four-cylinder Boxer with Subaru?s traditional horizontally-opposed cylinders.? ?The engine configuration has several advantages for weight, balance and durability and Subaru has been steadfast in using only Boxer engines throughout their lineup.? The engine, which has an aluminum block and cylinder heads, produces 170-hp. 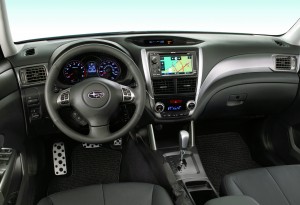 Upper level XT models have a different boxer style four-cylinder engine with turbocharging, which boosts the horsepower to 224 along with 226-lb.ft. of toque.? The turbocharged engine uses the same drivetrain elements as the naturally aspired models.

The natural aspired engine makes a leisurely 9.2-second 0 to 60 mph run, but the turbocharged XT is much more spirited with a 6.8-second time.? Fuel economy is rated at 21/27 mpg for the natural-aspired X and 19/24 for the turbocharged model.

Forester?s four-wheel independent suspension includes a heavy-duty MacPherson strut in the front and double wishbone setup in the rear.? The sophisticated system delivers very good ride and handling both on and off road.? For maximum off-road performance, the suspension is raised to give the Forester up to 8.9 inches of ground clearance.? The brakes are a large four-wheel disc system with ABS and Brake Assist.

Forester exterior styling is mostly unchanged and is starting to look a little dated compared to some of the new stylish competitor designs. ?The Forester interior is organized for ease of use with a large three-pod instrument panel, multiple function steering wheel controls and the new available navigation system mounted high on the center stack.? We like that the automatic transmission shifter is gated allowing the driver to shift manually through the four forward gears for extra control.?? Upper level models add features like Bluetooth, leather seating, heated front seats, rear-view camera and premium audio.

The interior has abundant storage compartments in the center console and doors, plus the spacious rear cargo area has a storage compartment under the cargo floor to keep valuables out of site. ??Cargo volume varies between 30.8 cubic feet for models with the optional moonroof and the rear seats in place to as much as 61.8 cubic feet with the rear seatback folded. ??The Forester interior is largest of all the other Subaru models.

Forester pricing starts as low $21,320 including the destination charge for the base 2.5X.? The next three 2.5X models, the Premium, Limited and Touring each add more features, and the Touring lists a base price of $28,620.? The turbocharged 2.5 XT comes in Premium and Touring trims only with prices of $27,820 and $30,620 respectively.? The XT Touring with navigation tops out at $31,670 plus any little dealer installed goodies the customer might add.?????????????? The Subaru Forester is comfortable to drive with its spacious interior, very good visibility and smooth well-controlled ride.? We like the size, agile handling and tight turning radius, too.? While the turbocharged XT is our favorite engine, the new X engine does a good job for everyday driving.? Were we live close to Portland, Ore., where ??snow is rare, so we didn?t get the opportunity to play with the excellent Symmetrical all-wheel drive system, but from previous experience, we know it?s a great safety mechanism both on slippery and dry roads.

Sure, the Forester doesn?t show the fresh styling and technology of some of the new compact SUV/crossovers, but it?s still one of the best and most proven vehicles in the category. 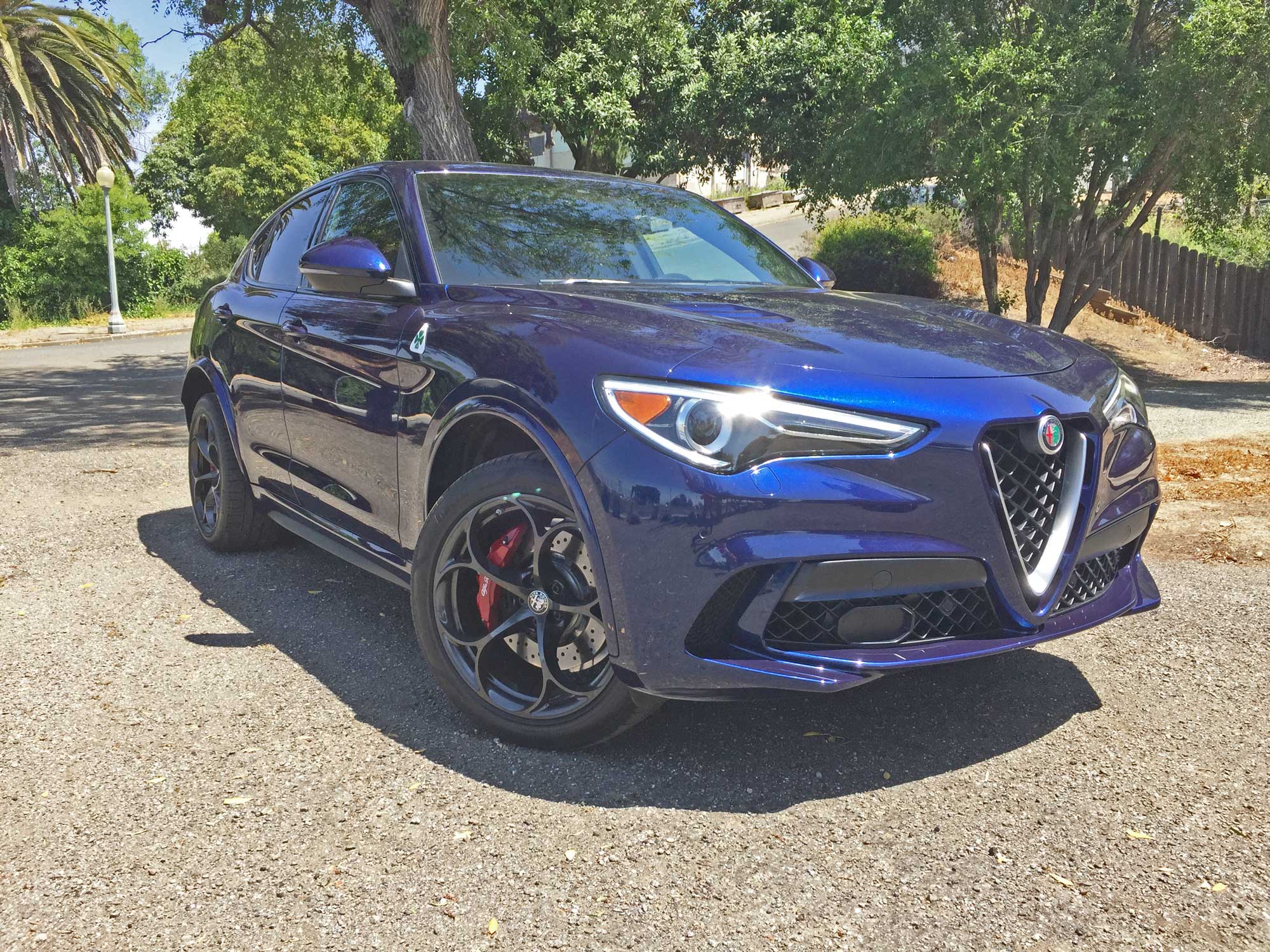 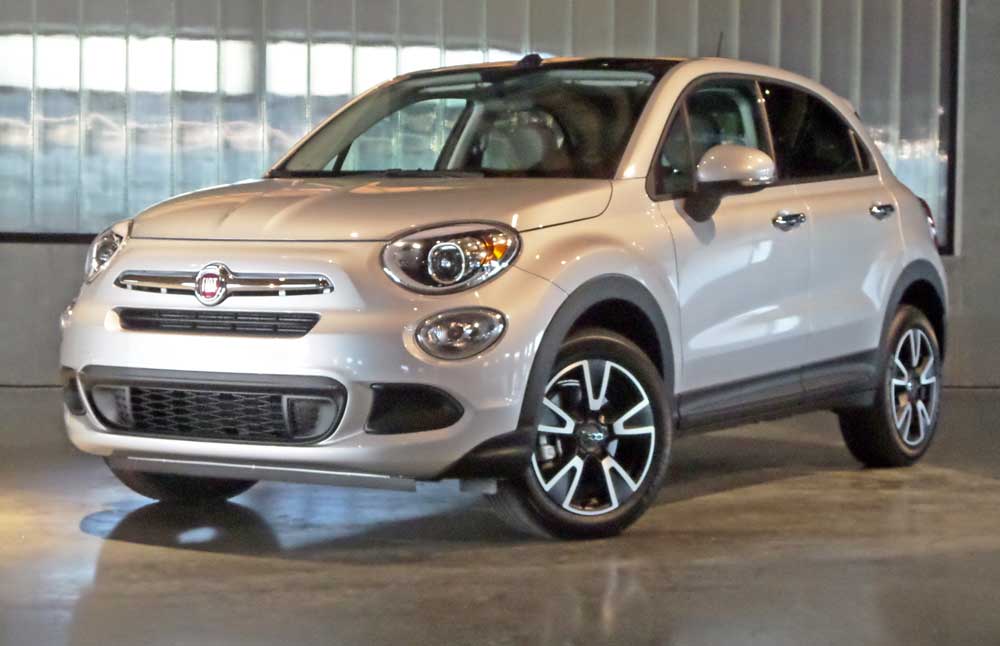