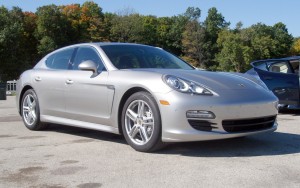 My job is the adult equivalent of a kid at Toys ?R? Us.?? I get to drive about 150 different cars each year, and like that kid clutching favorite toys while wandering the toy store isles, I mentally clutch my list of favorite cars.

Criteria for my list includes technological wizardry, performance, looks or comfort and in the case of the new Porsche Panamera ? all of the above.

At Porsche dealerships now, the Panamera is the company?s first foray in the luxury Gran Turismo car segment and I think they have leapfrogged the competition.

Subject to debate is the styling, which has strong ties to the 911 coupe.? While it has a somewhat unusual stretched profile, I think the Panamera looks sleek and purposeful with a wide stance and slick aerodynamics.

The Panamera ranks as one of the most impressive cars I have ever driven.? If I had not seen the rear doors while slipping into the driver?s seat, I would think I was behind the wheel of a new Porsche coupe. 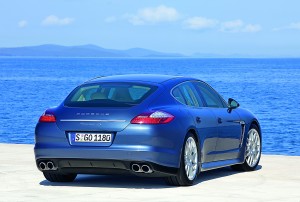 Available in three models, S, 4S and Turbo the basic distinction lies under the hood.? The S and 4S have sophisticated direct injection 400-hp, 4.8-liter V-8 engines.? With twin turbochargers on the same engine, the Turbo is rated at 500-hp and up to 568-lb.ft of torque when equipped with the Sport Chrono Package.? All models are equipped with the brilliant seven-speed Porsche Doppelkupplungsgetriebe (PDK) double-clutch gearbox.? The PDK is the fastest and most positive shifting transmission I have ever driven.? The 4S and Turbo are both equipped with active all-wheel drive with Porsche Traction Management.

Even with the awesome power, the Panamera has no Gas Guzzler tax assessments.? The EPA rates the naturally aspired models at 16 mpg city and 24 mpg highway and the Turbo at 15/23 mpg.

For a major new car introduction like this, Porsche kindly provided a little place called Road America to show what the Panamera could do. They also provided a group of professional race drivers to coach auto journalists, like myself, on the finer points of the car and the track.

Doing laps in the Panamera on this famous four-mile, 14-turn road course with its long, fast straight stretches, ?allowed me to sample acceleration potentials, sports car-like handling and higher speeds.? Acceleration can be almost brutal when activating the launch control mode that catapults the Turbo version from 0 to 60 mph in a mere 3.8 seconds.?? The same model is capable of a top speed of 188 mph.? Glancing down before braking hard at turn five I saw 144 mph on the speedometer in the Turbo Panamera and 132 mph in the 4S.

The handling in all three cars is amazing with the precise steering, excellent balance and brakes that pull the two-ton car from high speeds to 90 degree corner speeds with no hesitation or fade.

World-class performance and handling is only half of the Panamera story, it is also a world-class luxury sedan.? The two rear seats are every bit as comfortable as the front seats with excellent headroom and legroom and all of the accoutrements that I have come to expect in a luxury sedan.? I rode in the back seat a few times on the track with another driver and for about 40 miles on the highway and was impressed by the comfort, space and support.? The big surprise is that the Panamera is a hatchback with a large 15.7 cubic foot trunk that can be expanded to 44.6 cubic feet when the rear backs are folded ? amazing, a sports car with cargo capacity. 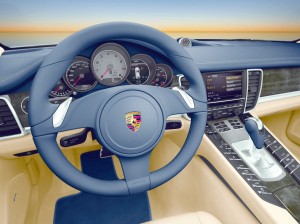 Unlike competitors who control vehicle functions with a series of buttons and menus, the Panamera uses a complex-looking console and center stack filled with buttons, switches and knobs.? At first glance, the array looks overwhelming, but it all makes sense and is easy to use.

Porsche engineers have developed a worlds-first adaptive air suspension with extra air volume available on demand.? The system can change the air spring volume for a better ride or improved handling over a broad range of conditions.

Panamera is the first car in this class to add an Auto Start-Stop feature to enhance fuel economy.? Like the hybrid, the engine shuts off at stoplights, etc. to save fuel and then restarts when the brake is released.? The function can also be shutoff so it will still be possible to do those jackrabbit starts.

Panamera pricing starts at $89,800 for the S and $5,000 more for the 4S.? The Turbo with a significantly higher level of features and the twin-turbo engine starts at $132,600.? Equipped with extras like a Burmester surround sound, active cruise control, front and rear ventilated seats, XM radio, Sport Chrono Package Plus, 20-inch wheels and a few other features, the turbo can easily reach $150,000. 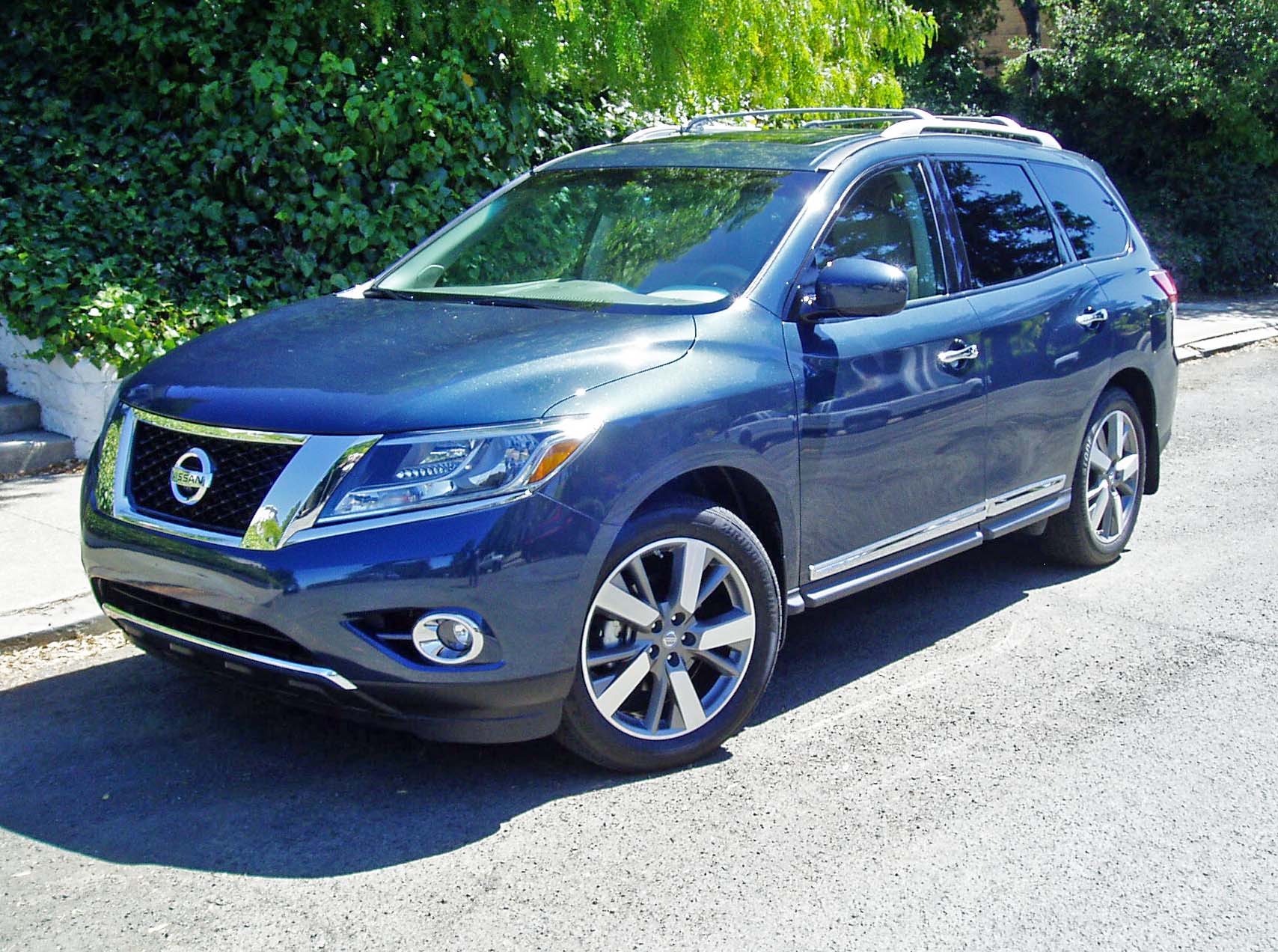