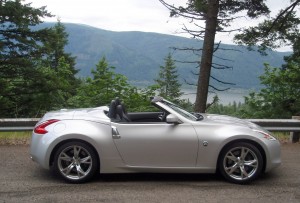 We are not sure why, but the older we get the more we enjoy convertibles, and when the weather is good in the Northwest, there is no better way to take in the great scenery.

The selection of convertibles is at an all time high and there are some very impressive models available.? Nissan?s 370Z Roadster is one of the best values, especially for someone looking for top-level performance.

The Z? Coupe and Roadster are both powered by the latest generation Nissan V-6, which has been ranked as one of the best V-6 engines in the business for years.? The latest version, a 3.7-liter rated at 332-hp, is a DOHC system with Variable Valve Event and Lift Control (VVEL).

The Z has a standard six-speed manual transmission and an optional ($1,300) seven-speed automatic. ?These are two of the nicest shifting transmissions we?ve driven.? The Touring model has an optional Sport Package, and part of the package is the world?s first SynchroRev Match transmission.? Instead of practicing hours to develop a smooth heal and toe downshifting move, this transmission does it automatically when the Sport mode is activated. This allows the driver to focus more on braking and steering, which improves vehicle balance and smoothness by reducing the typical ?shock? when the clutch is engaged. The automatic also has a Downshift Rev Matching and Adaptive Shift Control that together create smooth and positive shifts using the wheel-mounted shift paddles. 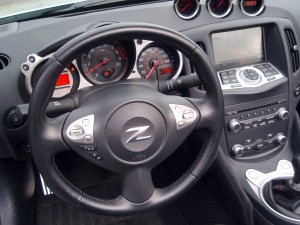 The Z gets an EPA fuel economy rating of 18 mpg city and 25 mpg highway.? Our actual average during a week of mixed driving was 22.2 mpg.

With the top up, the roadster has a distinctive muscular look and a relatively quiet interior.? The high performance tires tend to create quite a bit of road noise, however.? Push the button on the center console or the second button on the door (for lowering the top only), and the insulated cloth top automatically unlocks, folds and stows under an attractive body colored tonneau cover in about 20 seconds.? The top system includes a glass deflector mounted between the headrests.? Acting like a spoiler the glass sends the wind over the cabin rather than swirling around the passengers

Riding on a four-wheel independent suspension with an aluminum intensive double wishbone setup in the front and lightweight four-link system in the rear, the rear-drive Z can handle any type of road competing with the best.? The ride tends to be a little on the harsh side, but the net result is a very fast and fun to drive car. 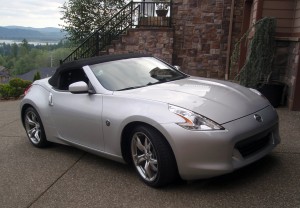 The Roadster comes in two trim levels, the base 370Z and the Touring version, that we drove. ?The content level for the Touring model produces a well equipped and luxurious car with features like heated and cooled leather seats, XM Satellite Radio with Bose audio and dozens of nice extras. ?Roadster pricing starts at $38,060, including the destination charge, with the manual transmission, while the Touring model with manual transmission starts at $41,610.? Options are limited on the base model, but the Touring version offers a hard-drive based navigation system ($1,850) and the Sport Package ($2,800) of mechanical enhancements including the SynchroRev Match transmission.

Shoppers that want to push the performance envelope may want to consider the Nismo coupe version ($40,350) which has 350 hp and significantly modified suspension.? This is a car more for the track than cruising highways or city streets.

The Nissan 370Z Convertible has some tough competition, but when it comes to performance, handling and value, it?s right up there near the top of the list. 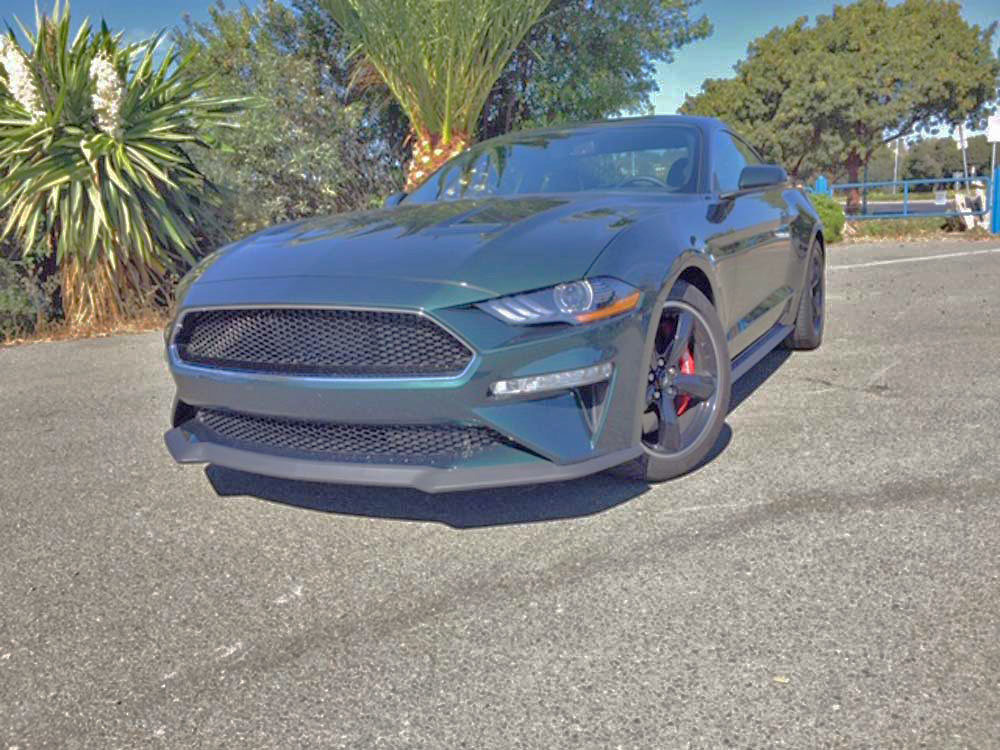