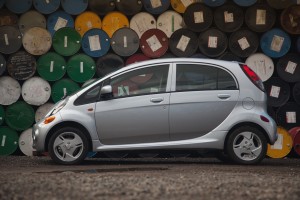 For early intenders, that want to help protect the environment or avoid buying foreign oil, the few electric vehicles (EV) on the road make a big statement, but many are also requiring a big price. 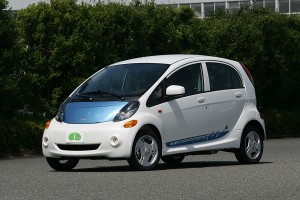 Mitsubishi is taking a different tack than other manufacturers by bringing in their EV entry at under $30,000, or at least $6,000 below the nearest competitor.? With a federal tax credit of $7,500 and state financial incentives, the base ES model Mitsubishi i-MiEV becomes the most affordably-priced mass-produced electric vehicle available in the United States.

I think price will be a major factor for electric car customers because for most, the EV will be a second or third car, used for a specific task, like running errands locally or commuting to work.? A shopper is going to have to be very committed and affluent to spending $30,000 or $40,000 for a car of limited usage.? However, if the price is in the low $20,000s, that might be more palatable, especially when the fuel savings are calculated.

Rather than inventing the electric car from the ground up, Mitsubishi was able to keep prices low by converting an existing vehicle to the electric drivetrain.? In Japan, Mitsubishi had a lightweight, four-door vehicle powered by a high efficiency three-cylinder gasoline engine.? The car was unusual because the engine is mounted just in front of the rear axle, behind the rear seat.? This engine placement gave the car a low center of gravity for better handling and stability.? It also was a perfect layout for an electric engine, and was an easy configuration to adapt replacing the gas engine for an electric motor and mounting the lithium-ion battery pack beneath the sub-floor. The batteries are protected by a sturdy and waterproof stainless steel safety cell and fortified platform.

The i-MiEV (Mitsubishi innovative Electric Vehicle) was launched in 2009 in Japan with a 47kW (63 horsepower) electric motor attached to a single speed reduction gear transmission.? Sales were expanded to Hong Kong and Australia in 2010 and then to Germany and the United Kingdom early in 2011. The i-MiEV is now available for test drives at West Coast dealerships with deliveries scheduled to start in early 2012. 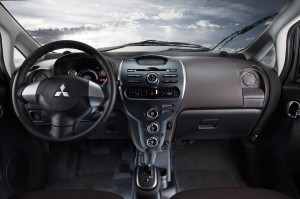 ??????????? I had a chance to drive the i-MiEV in the Portland, Ore. area for a couple of hours recently and get a sample of available charging facilities in the process.? The i-MiEV design is unique and it draws attention on city streets, perhaps that?s because Portland residents are so environmentally conscious.

At 12 feet long, the i-MiEV is about the same size as a Mini Cooper and with a surprisingly spacious interior along with 13.2 cubic feet of cargo capacity or 50.4 cubic feet when the rear seat backs are folded.

The i-MiEV is well suited for around town with an agile feel, tight turning radius and little need for quick acceleration.?? On the freeway, it cruises comfortably at the posted speeds but passing needs to be carefully planned and is best done on the downhill side of the mountain.? Acceleration onto the onramps is time consuming.

Even with the low mounted batteries and engine the i-MiEV has some body roll in the corners, but the grip is good even on wet roads.

The electric Mitsubishi is very quiet both inside and outside, so to warn pedestrians it?s outfitted with an Acoustic Vehicle Alerting System, which operates at lower speeds. 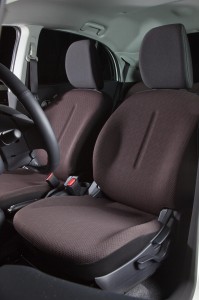 The i-MiEV has zero tailpipe emissions, in fact it has no tailpipe.? It?s powered by one 66-hp synchronous electric motor and has earned an EPA rating of 126 mpg equivalency for city driving and 99 mpg on the highway.? The ?real world? driving range is 62 miles.

The Mitsubishi i-MiEV makes a lot of sense as a second car or commuter car.?? It?s no different than owning a sports car or off-road vehicle that you only drive on weekends and it could save a bundle on gas.? 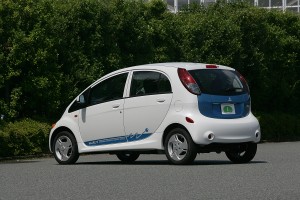 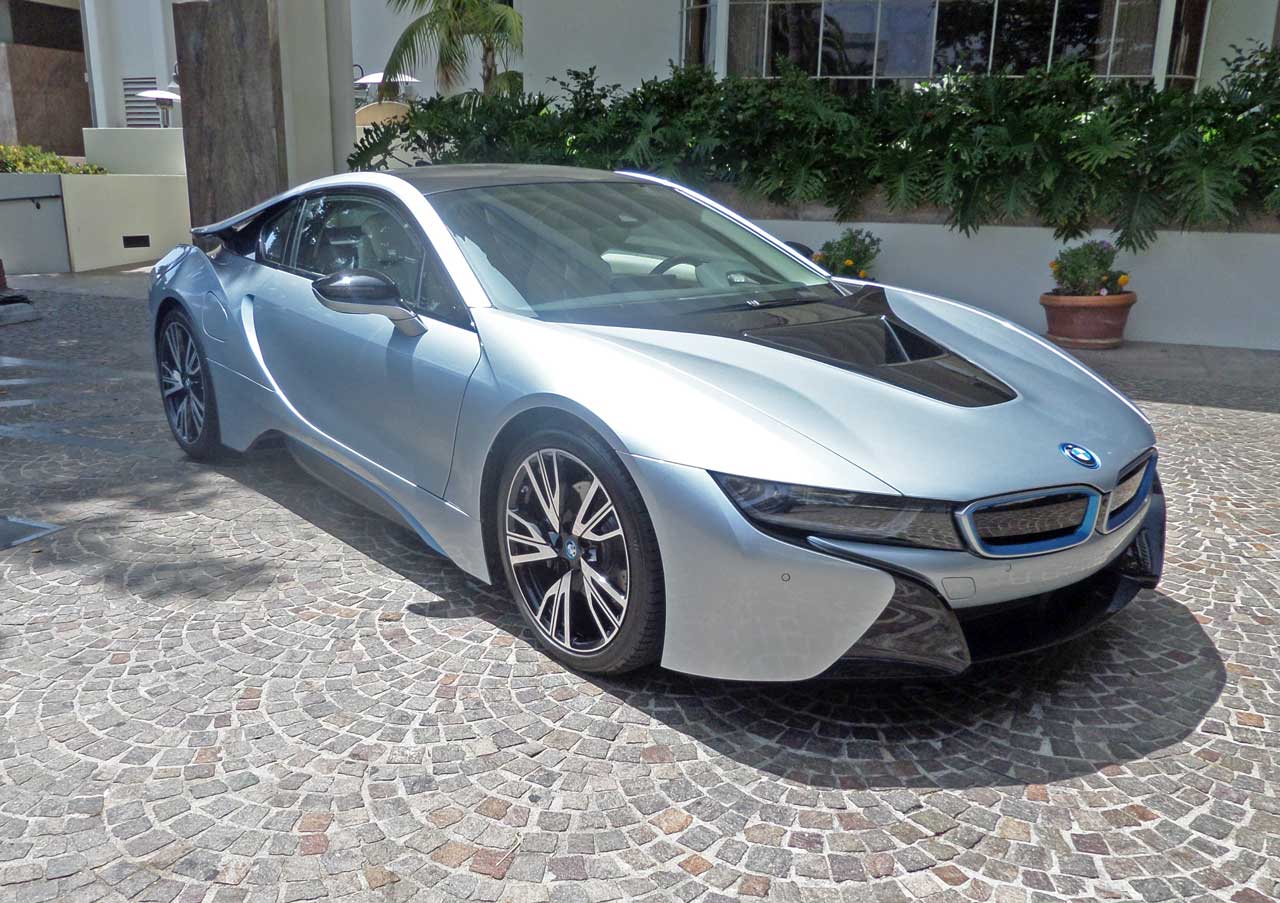 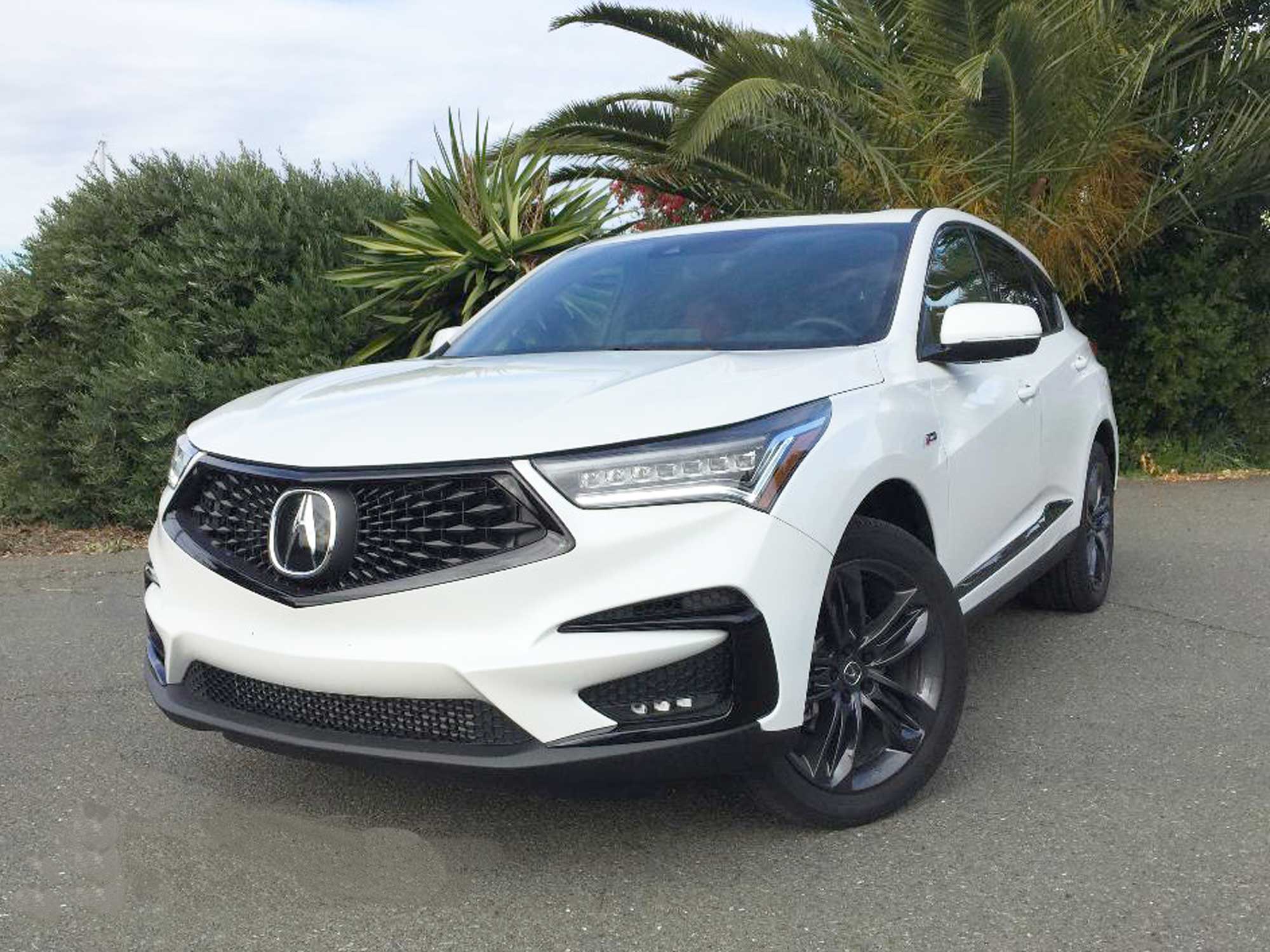