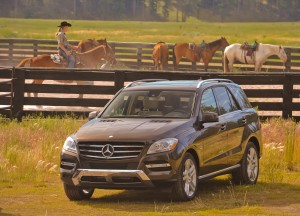 Greenough, Mont. ? It seems like just last year that I was attending the introduction of the original Mercedes-Benz M-Class in Alabama.? We drove through the beautiful countryside, lunched at the NASA Space Camp and wallowed through the slickest mucky mud I?ve ever seen.?

That was 1997, now 14 years later; I?m in Greenough, Montana for the introduction of the third generation Mercedes Luxury SUV.

The 2012 M-Class is new from the ground up, with styling that maintains the essence of the original M-Class but with a new sophisticated couture.? The complex exterior design says ?refined masculinity? to me with its use of strong rear wheel arches, sculptured sides and the bold front fascia with the large Mercedes star in the center of the grille. 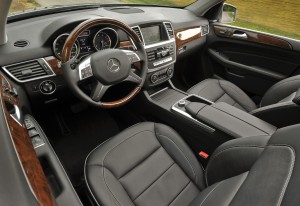 The interior takes on a tailored look with the extensive use of wood on the dash, door panels and steering wheel.? Controls are all easily visible, conveniently and logically placed and they operate with the precision I expect from the luxury brand.? In addition, the standard heated seats are very supportive and comfortable, which I appreciated on a five-hour drive around southwestern Montana, which even took me by my husband?s birthplace ? Deer Lodge — (there, he?ll be happy that I mentioned his hometown.) 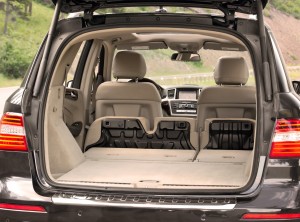 Initially, the 2012 M-Class is being offered in two models, the ML350 4MATIC and ML350BlueTEC 4MATIC each defined by its engine.? A 302-hp, 3.5-liter V-6 gasoline engine is under the hood of the ML350.? This aluminum engine is all new for 2012, designed to squeeze out better fuel economy, while producing more power.? The engine moves the SUV from 0 to 60 mph in 7.3 seconds and it has a top speed limited to 130 mph.? Fuel economy is estimated at 17 mpg city and 22 mpg highway.

The second model, the ML350BlueTEC diesel is my favorite.? The 3.0 diesel V-6 is rated at 240 hp, but with 455-lb.ft. of torque (compared with 273-lb.ft. for the gas engine) and it felt like the strongest of the two.? It has the same acceleration times and top speed as the gas engine, but the fuel economy is estimated at 20 mpg city and 25 mpg highway. ?The BlueTEC diesel engine uses the AdBlue injection system, which injects a urea solution into the exhaust to make the emission level as clean as the gas engine. ?I don?t quite understand the science of the process, but I can appreciate the results.? The AdBlue is carried in its own small tank and needs to be refilled only during schedule routine maintenance.? The modern Mercedes diesel is amazing, there is no diesel smell or smoke and from the inside, you can?t hear the engine. 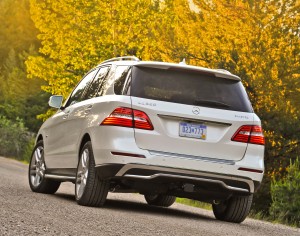 Both engines drive a new version of the Mercedes seven-speed automatic transmission. The transmission is smooth, quick, quiet and the shifter is out of the way on a small stock on the steering column.?? When the driver wants to be involved, gear changes can be made by the shift paddles mounted on rear side of the steering wheel.

Mercedes isn?t going to desert its performance enthusiasts, a V-8 powered model will be available later, and there will probably be a high-performance AMG model offered, too.

Initially, all 2012 models have the latest version of the 4MATIC all-wheel drive, but a two-wheel drive model may come later.? The sophisticated system allows the front wheels to go faster than the rear wheels when the vehicle is turning for a smoother operation and the system automatically can vary torque both from front to rear and side to side to find the best traction.

The 4MATIC system also has a unique four-wheel traction control that helps maintain stability and traction on wet or slippery surfaces.? The best part is there are no buttons, switches or levers; everything is automatic including shifts to low range. ??For hills, the ML has Downhill Speed Regulation, which is essentially a low-speed cruise control, and a Hill Start Assist that keep the vehicle from rolling back when starting on a hill. 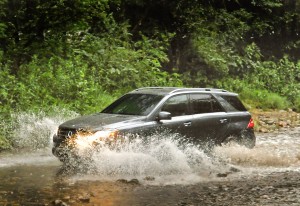 My driving partner and I had a chance to try the ML over a mild off-road trail leading from the Paws Up resort a ghost town call Garnet.? We forged a stream, climbed over a few logs and found it easy do all the off-road exploring I would ever be doing.? Is it ready for the Rubicon Trail, maybe, but don?t plan to use my car.

Mercedes has always been a safety innovator, but there seems to be a heavier emphasis on safety with this new model.? The intriguing Attention Assist is a good example. ?It actually detects drowsiness and warns the driver to take a break.? There is also Pre-Safe system, which senses you are about to get into an accident and takes protective measures before the crash.? I?m a big fan of Blind Spot Assist, and the Mercedes unit goes a step farther with its Active Lane Keeping Assist, which in addition to visual and audio alerts, actually steers you back into your lane if the driver doesn?t pay attention to the warnings. ??Sure beats a back seat driver nagging at you.? And these are just a few of the new safety features offered on the new ML.

The all-new 2012 model ML is priced the same as the 2011 models, which is $49,865, including the destination charge, for the gas version and $51,365 for the BlueTEC diesel.? The difference is the new models have many more standard features than the 2011 models, making it an even better buy.

Highlights of the extras include a Dynamic Handling Package with an adaptive damping system, Airmatic air suspension, 20-inch wheels and the Active Curve System that uses a hydraulic pump and electronically controlled valves to reduce body lean.? Less significant, but fun extras include heated and cooled beverage holders in the front seat and an iPad? Docking Station in the rear seat.? That?s perfect!? My techy husband would be in the back on the Internet, and I would be driving with my hot coffee or cold soft drink.

?Like most Mercedes vehicles, the M-Class comes with a long list of luxury and convenience features, and several large option packages plus some stand-alone features.? There are about $25,000 in available options, plus there are other special order options for a really fussy buyer.?? The new M-Class goes on sale in September 2011.

I?ve always liked the Mercedes-Benz M-Class for its excellent driving manners, distinctive styling and luxury appointments.? The third generation is all that and more ranking at or near the top of my personal favorites SUVs. 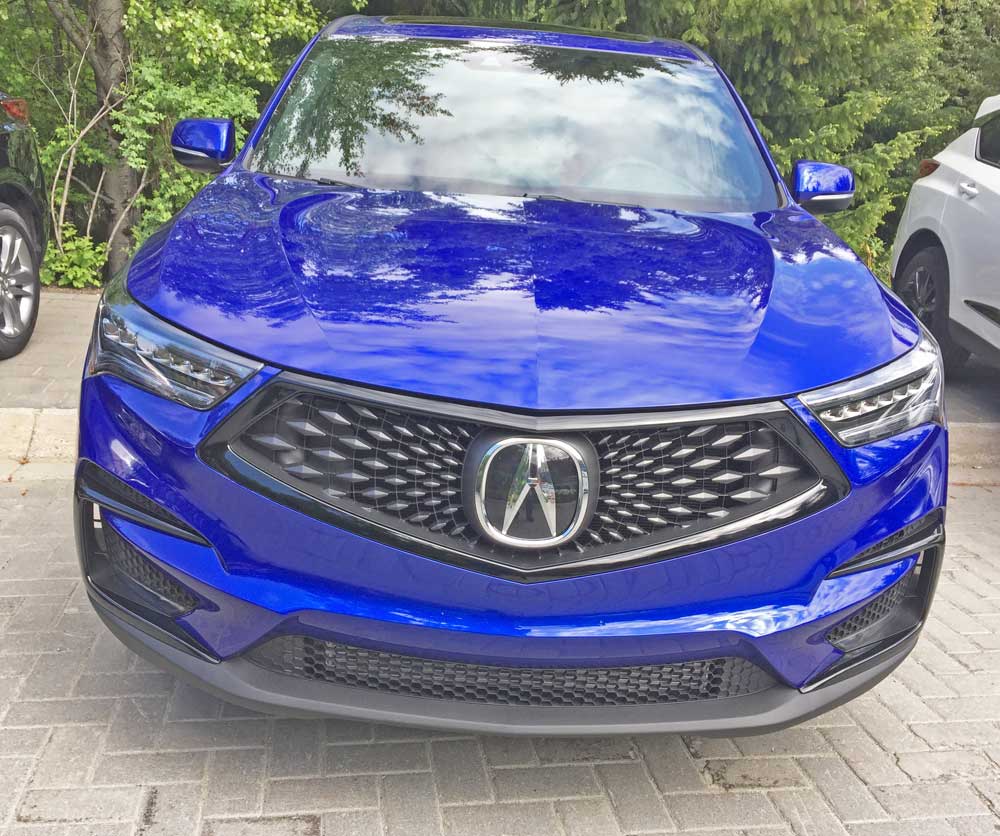