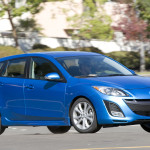 When we were growing up the V-8 powered Chevys, Fords, Pontiac and Oldsmobiles were the popular cars. While we still appreciate the brute force, deep-throated rumple and straight-line performance of those machines, we understand the appeal of the today?s popular cars.

Today Hondas, Mazdas, Subarus and Volkswagens are the cool cars driven by the 20 and 30 year olds.? With their massive exhaust pipes spewing a more high-pitched whine, these high-revving four-cylinder cars are fast, agile and fun to drive.

One of our favorites is the Mazda3, which has established a well-deserved reputation for its quality and performance characteristics.?? It has won 90 major awards from publications and organizations around the world, and even Consumer Reports gives it a ?Recommended? rating and the full red circle reliability rating of ?much better than average?.

New from the ground up for 2010, the Mazda3 builds on that reputation with a pair of sophisticated models displaying a full dose of ?Zoom Zoom? and a new level of refinement. 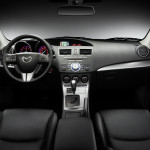 The new stylish interior has an upscale look and simplicity of operation.? With 18 controls mounted on the face of the steering wheel, plus lights, wipers and all the other normal controls nestled close by, it?s easy for the driver to concentrate on the road.

A Multi-Information Display (MID) screen is mounted high above the center stack under a shading lip providing information about the trip computer and audio system.? The MID is replaced by a compact navigation screen (about the same size as an iPhone screen) for cars equipped with the optional ($1,195) Technology Package.?? The package also includes a moonroof, premium audio, alarm, remote engine start and keyless entry/start system. 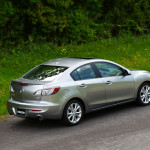 Mazda3 shoppers can choose from two engines.? The ?i? version is a 148-hp, 2.0-liter DOHC four-cylinder.? This frugal engine with the five-speed manual transmission earns a 25 mpg city and 33 mpg highway rating from the EPA.? The optional five-speed automatic transmission is rated at one mpg less in the city.? The ?s? engine version we tested uses a 167-hp, 2.5-liter four-cylinder, which is similar to the base engine found in the new Mazda6. ?With the five-speed automatic transmission, it accelerates from 0 to 60 mph in 8.1 seconds, and with the manual transmission about a half-second quicker.? ?EPA ratings on the larger engine are 22 mpg city and 29 mpg highway.? We averaged 26.2 mpg during our week of driving.

With its firm suspension, tight steering and precise shift linkage, the Mazda3 is very much a driver?s car.? It has little body roll on hard corners but overall has the type of ride refinement we would expect from a much more expensive car.

The comprehensive Mazda3 model lineup gives shoppers a choice of four-door sedan or five-door hatchback with two engine and four trim levels.?? For drivers who want the best, there is the 263-hp MazdaSpeed3, but that is another story.

The Mazda3 certainly embodies the company?s Zoom Zoom theme with a high value and fun-to-drive persona. 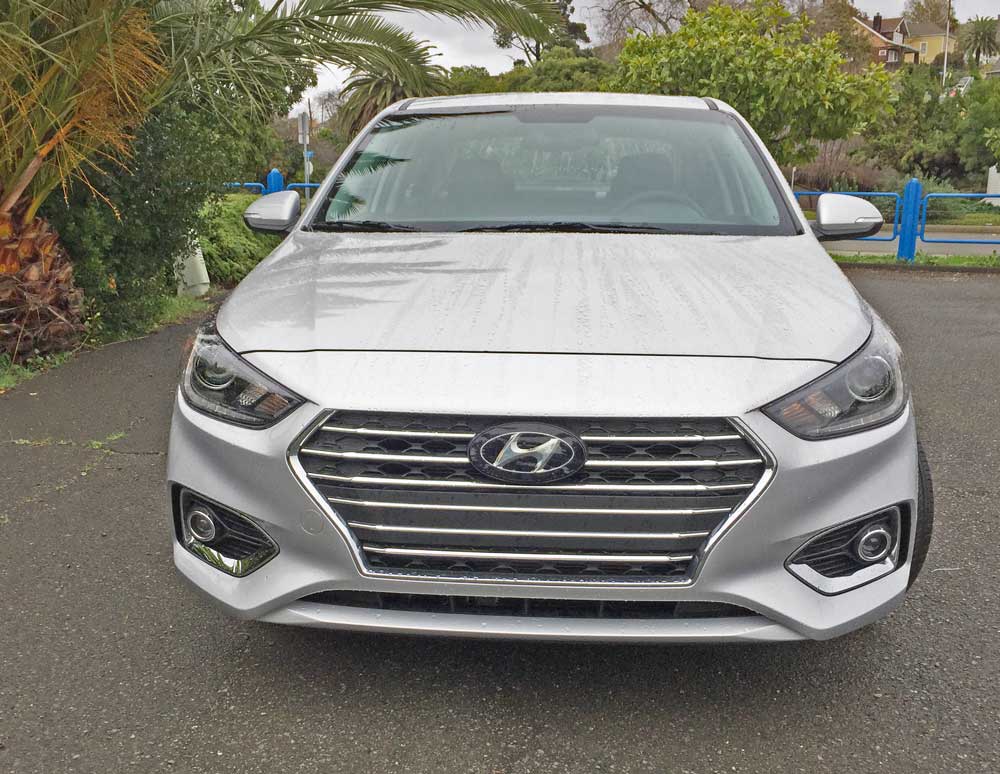