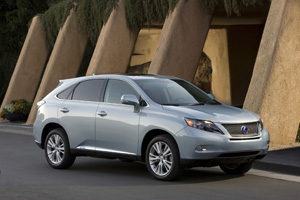 Lexus pioneered the luxury crossover category in 1998, introducing the RX 300 as an alternative to the SUVs that were riding high at the time.? The RX was an instant success with more than one million worldwide.

In 2005, they expanded the RX lineup pioneering again, with the first luxury hybrid crossover, the RX 400h.? For 2010, the second-generation crossover hybrid, the RX 450h, redefines that category with a new level of luxury and economy.

RX Hybrid power takes the form of an Atkinson-cycle 3.5-liter gasoline V-6 engine with two or three electric motors.? (There are three motors on the all-wheel drive version, with one driving the rear wheels and eliminating the need for driveshaft and power-transfer gearing).? The new RX hybrid uses a new continuously variable transmission (CVT) which has a multi-mode feature, which allows the driver to downshift and hold a ?gear? range to optimize control on hills.? Combined, the gas/electric system produces 295 total system horsepower (27 more than the previous model) and performance levels equivalent to a V-8 engine, but with fuel economy levels of 30 mpg city and 28 mpg highway. ?The engine is fast, moving the RX from 0 to 60 mph in just 6.5 seconds.? The real world fuel economy is quite good, too, we averaged 31.2 mpg in conservative driving. 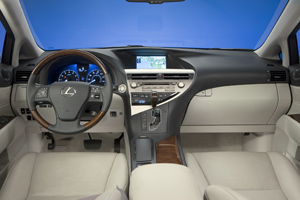 The RX 450h drives almost like a gasoline-powered model.? As a full hybrid, it does have the ability to operate in electric-only or gas-engine-only modes or a combination of the two. ?Working together, the systems switch back and forth is almost unnoticed.? The only other anomaly was a bit more sensitivity to brake pressure due to the regenerative braking system that charges the batteries.

What sets the Lexus hybrid apart from other crossovers and hybrids is the elevated level of elegance.? No other vehicle in this category has it.? From the clean lines with the sweptback roofline to the impeccably finished interior the RX 450h looks luxurious.? The luxury transcends into the smooth positive action of the controls to the solid sound of the doors closing.

We especially like mouse-like control device used to make menu selections for audio, climate and navigation functions.? The control is mounted on the center console in a natural touch position and it operates like a combination mouse and joystick.? The control is easily used from either the driver?s seat or front passenger seat. ?It does require a couple of levels of menus for some functions, but overall, we think it?s one of the most intuitive systems we?ve used. 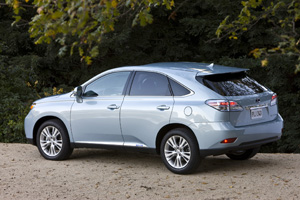 The FWD RX 450 pricing starts at $43,560, including the destination charge and the AWD is $45,120.? Lexus offers an extensive option selection with features like adaptive LED headlights and hard-drive based navigation and entertainment system.? If you want it all, expect to pay more than $62,000.? Elegance and state-of-the-art technology is not cheap, but it certainly makes this hybrid special. 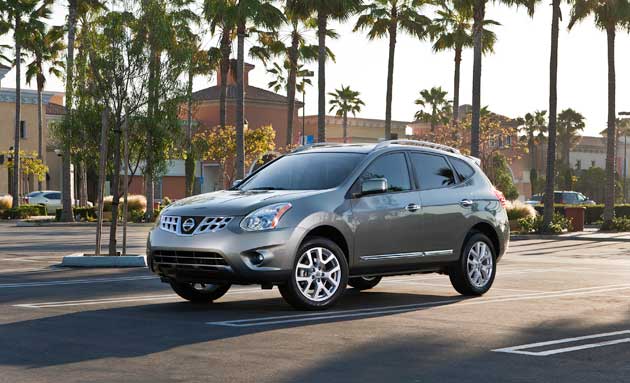 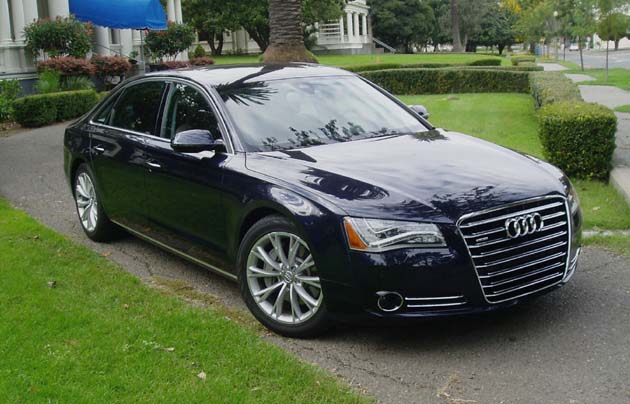