Leader of the Compact Utility Movement 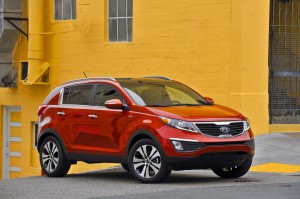 Santa Fe, NM ? One vehicle category we?ve come to enjoy for travel is the group of compact to mid-size SUVs, crossovers and similar vehicles.? In general, this group offers roomy interiors, comfortable rides, reasonable fuel economy and on occasion, the advantage of having all-wheel drive for occasional adverse weather or for exploring back roads.

On a recent trip to one of our favorite vacation locations, Santa Fe, NM we borrowed the compact Kia Sportage SUV.

Kia was actually one of the leaders of the compact SUV movement in the United States when they introduced the original Sportage in 1993, more than three years before the first Honda CR-V or the Toyota RAV4.

Moving into the third generation with the introduction of the 2011 Sportage, the sophisticated new CUV (compact utility vehicle) is a perfect illustration of how far this brand has come in less than two decades and it is a bellwether to the company?s future.

A product of Kia?s U.S.-based design center in Irvine, Calif., the Sportage takes strong cues from the Kue concept vehicle from 2007.? Starting from the signature Kia grill and composed of muscular lines, the Sportage has a look that reminds us of Samurai art.? The bodylines have strong dimensions, especially seen in the sculpted hood and pronounced wheel arches.? A surprisingly wide C-pillar, which creates a unique side silhouette, anchors the sweeping roofline but also hampers rear visibility a little.

New from the ground up, the Sportage was developed on a unibody frame with fully independent front and rear suspensions, which are more oriented toward ride than handling.

A 2.4-liter DOHC four-cylinder engine powers the new Sportage, delivering 176-hp driving a six-speed manual transmission (base model only) or the Kia-designed six-speed automatic. ??On other occasions, we have driven the Sportage at near sea level elevations and the engine provided good performance levels.? However, at the 7,000-foot levels around Santa Fe, the little engine can run out of steam.? We noticed this especially at highway speeds on hills.? That problem is easily solved however by the new SX model, which has a 2.0-liter turbocharged four-cylinder engine producing 260-hp.? We?ve since driven the SX at low elevations and it?s impressive.? It would be perfect in Santa Fe.

The standard drivetrain is front-wheel drive, with the new Dynamax? all-wheel drive system as an option ($1,500).?? Co-developed by Kia and Magna International, the Dynamax system drives the front wheels at 100 percent to maximize fuel economy.? When slippage is detected the system transfers power to the rear wheels as needed.? Dynamax can also be locked to distribute power evenly between the front and rear axles for better traction at speeds under 25 mph.

The Sportage is rated at 22 mpg for city driving and 28mpg for the highway.? With 0 to 60 mph acceleration time taking 9.8 seconds, we thought the power was about right for the average driver but lacked the performance to appeal to those wanting a vehicle for more spirited driving. ?The turbocharged version drops the 0 to 60 mph time to 7.3 seconds with EPA fuel economy estimates of 21/25 mpg. 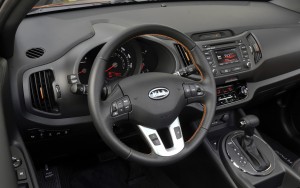 Sportage arrives with three trim levels ? base, LX and EX, with base level pricing starting at $19,300, including the destination charge.? The EX AWD pricing starts at $26,200 and can go to $30,000 when outfitted with the Premium Package, navigation system with rear view camera and a couple of other available options.? Fully equipped, the Sportage sports a panoramic sunroof, premium Infinity audio system, backup sensors, leather seating with heated front seats and a cooled driver?s seat.

Sportage is the first Kia to be equipped with the new UVO hands-free in-car communications system powered by Microsoft.? The system is the Kia version of the Ford Sync system, which enables drivers and passengers to place phone calls, receive and respond to SMS text messages, access music from several sources and create custom music programs.? Sirius? Satellite Radio is standard and the new HD Radio? is available.

A bit larger and more spacious than the previous generation, the new Sportage projects the look of quality ? from the materials used in the interior to the solid tactile feel of the controls.? With the interesting styling, level of quality and exceptional value, we think the Sportage is a new leader in the compact SUV niche.

The Sportage was a great car for our vacation travel and would be an easy vehicle to live with on an everyday basis.? Our inclination would be to go for the turbocharged SX, but most drivers would be very happy with the standard engine. 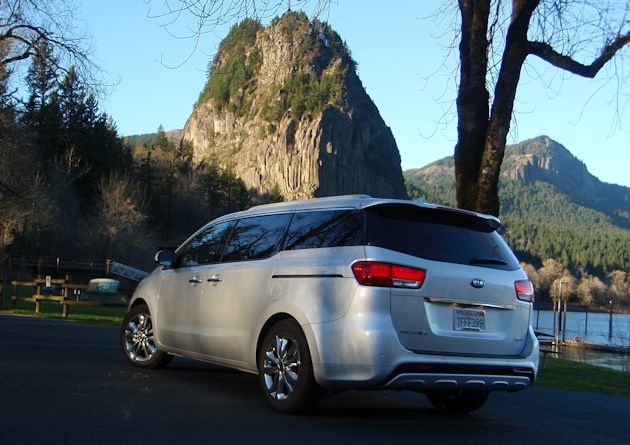 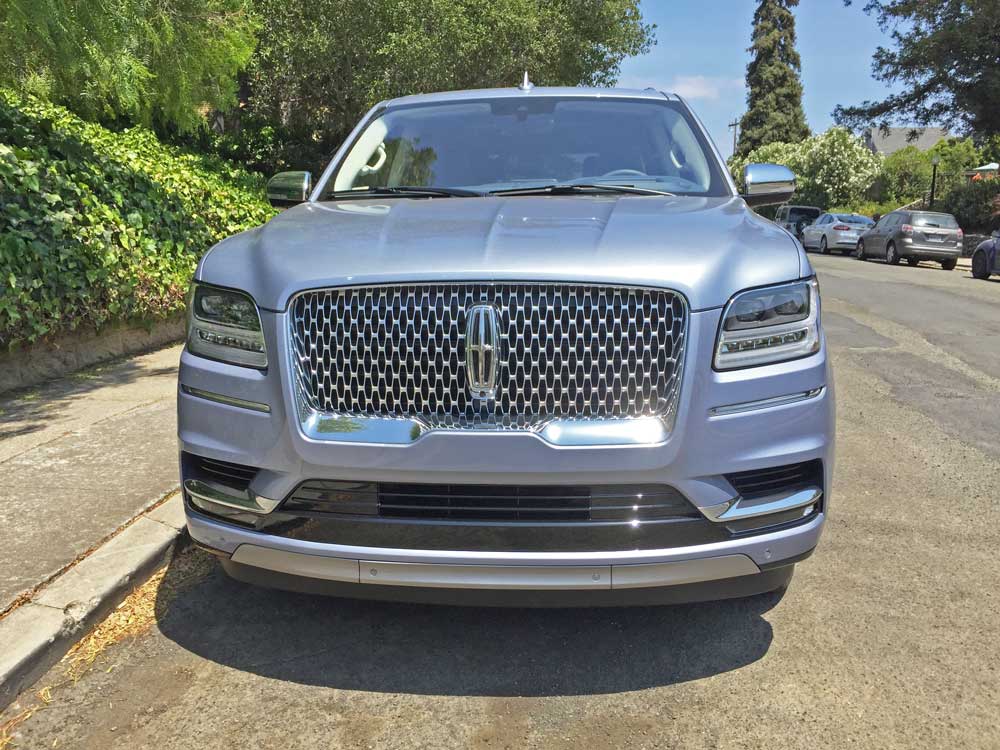