One of Our Favorite Luxury Cars 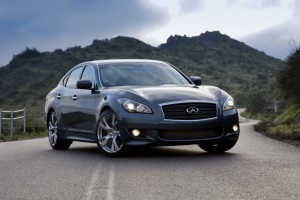 One of the best kept secrets of the luxury sedan market is the Infiniti M series.? It doesn?t get the same attention as its German competitors (and the Lexus) so shoppers often leave it off their ?must drive? lists.? ?Big mistake!

The Infiniti M series sedans, the M37 and M56, are two of the best cars and best values in the luxury category.? That?s not just our opinion, they have also been a Consumer Reports top pick for several years and have received top recognition from many of the magazines.

All new for 2011, the Infiniti M has a striking design evolved from the Essence concept.? The styling looks tight and complex like the muscular lines of an athlete in peak condition.? It looks best in person, rather than in these photos, and we find the more you look at the intricacies of the subtle lines, the better it looks. 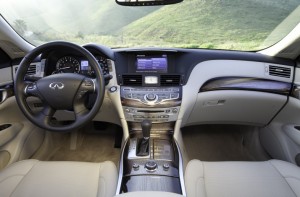 The interior has the same sophisticated look as the outside with an array of controls, positioned for easy driver access.? The two-color interior is highlighted by Japanese Ash wood, and on the Deluxe Touring Package the wood is enhanced with a real silver powder that gives the surface a metallic sheen. ?This package also adds features like quilted soft leather seats and a headliner finished in a suede-like material.

Unique to the Infiniti M is the Forest Air? system that tries to emulate the natural breezes of a relaxing forest setting, rather than just blowing air at you. ?The sophisticated climate control system also automatically opens and closes the air intake ports to reduce the intrusion of dust, exhaust or unpleasant odors, and a special Grape Polyphenol filter and Plasmacluster? air purifier help filter allergens, mold and viruses out of the cabin.? It?s a nice touch that adds to the Zen-like interior ambience. 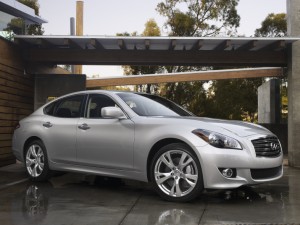 But the best part of the Infiniti M is the way it interacts with the road. The M comes in two trim levels differentiated by the available engines, a 330-horsepower 3.7-liter V-6 and a 420-hp 5.6-liter V-8.? Each engine is backed by a precise seven-speed automatic transmission which in turn drives the rear wheels, or optionally, all the wheels.

The acceleration of both engines is strong with a hint of rumble in the exhaust note and smooth thrust. The V-6 hits 60 mph in only 5.9 seconds and the V-8 drops that number down to 4.6 seconds.? EPA fuel economy estimates are 18 mpg city and 26 mpg highway for the V-6 and 16/25 for the V-8.? The AWD versions are a mile or two mpg less for each.

Both models handle very well with a precise steering feel and compliant suspension.? Rip through a few corners in either of these cars and it?s hard not to smile. While the AWD versions have the extra security of increased traction, the RWD models are available with an optional ($3,650) Sport package that enhances handling even more with four-wheel active steering, 20-inch tires, larger brakes and sport suspension.

The driver can select from four driving modes using the console-mounted control. Each mode — Standard, Eco, Sport or Snow — adjusts throttle sensitivity and transmission mapping to help optimize performance. ?If you have a lead foot, like one of us does, the Eco mode activates the Eco Pedal which makes the gas pedal become a bit harder to push, simulating the old egg under the accelerator fuel-saving technique. 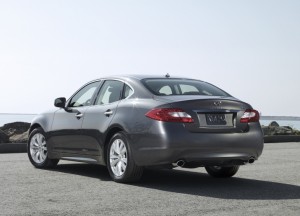 As part of the whole Infiniti driving experience, engineers use an active noise control system that works much like the Bose noise reduction headphones.? However, it doesn?t block out all the road noise created when driving high performance tires on rough textured roads.

Just as the Infiniti G37 models have eclipsed world-class competitors, the Infiniti M styling, performance and value will challenge the Mercedes- Benz E-Class, BMW 5 Series and Audi A6.

The Infiniti M doesn?t have the same status of its German rivals, but it?s every bit as good or better.? Maybe it?s time to buy a car because of what it does, not just what name it wears. 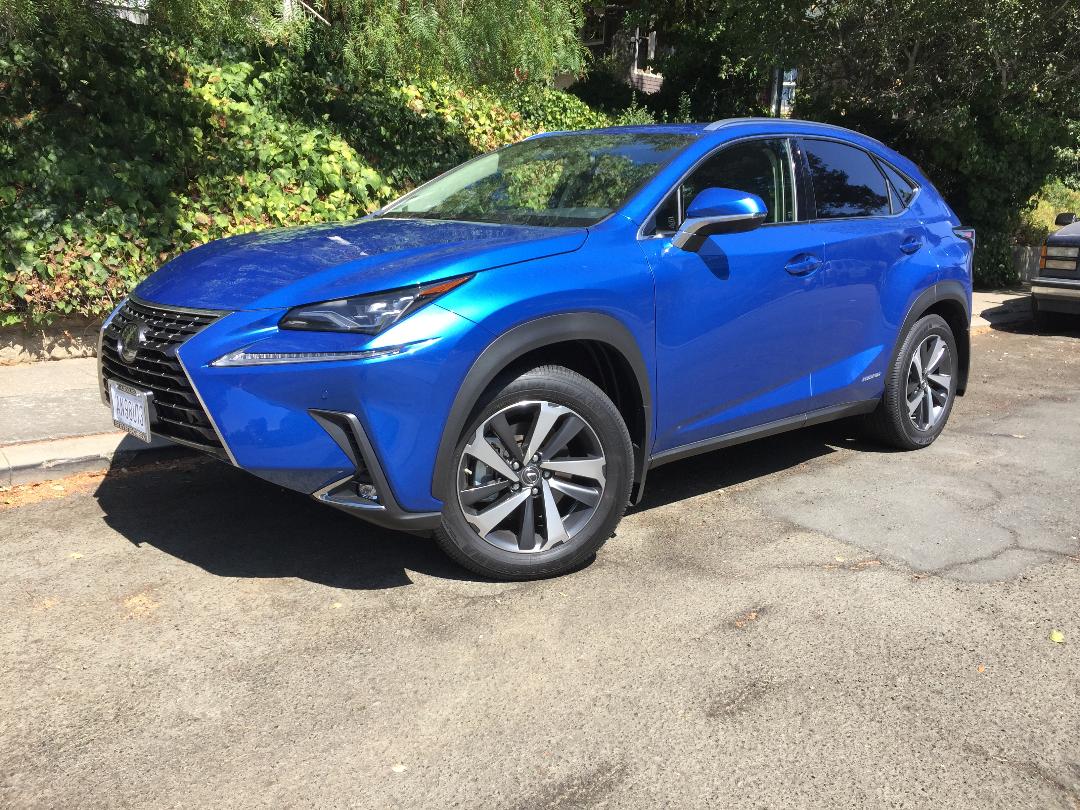