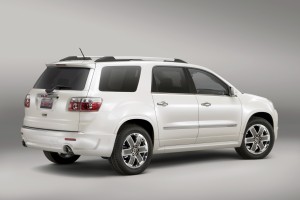 Oceanside, Calif. ? Using the excuse of going to the Los Angeles Auto Show in November, we reserved a week at our timeshare in Oceanside, Calif., and made plans a few leisurely day exploring area between Los Angeles and San Diego.? We did spend one day at the L.A. Auto Show covering more than a dozen press conferences and even a couple of media parties but we were looking forward to the R&R.

It had been nearly three years since we had driven the GMC Acadia, so we thought it would be a good time to check out the new Denali version of the three-row crossover.

?The GMC Denali models have come to stand for luxury and exclusivity, and that?s just what customers will get in the new Acadia Denali,? said Lisa Hutchinson, GMC product marketing director. ?The decision to develop an Acadia Denali was made quickly within the new GM in response to customer and dealer demand for a Denali version ever since the launch and success of the Acadia.? 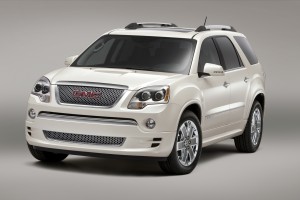 First offered in 1999 on the full-size GMC Yukon SUV, the upscale Denali model has become one of the best-selling models in the GMC line up.? Now available on four GMC nameplates, Yukon, Yukon Hybrid, and Sierra, the Acadia is the latest addition to what has become something like the Cadillac of the GMC brand.? Each Denali is accentuated with the signature chrome honeycomb grille, large chrome wheels, a monochromatic color scheme in one of five glistening colors and an interior filled with leather and luxury enhancements.

We realized the new styling was an attention grabber when we pulled into a shopping center ?and saw a 20-something man leave his post behind a crowded cell phone store counter to come outside to ask if we had done the custom work, or was it a new model?

The Acadia is the first GMC crossover to get the Denali treatment.? It is powered by the same 288-hp, 3.6-liter used in the SL, SLE and SLT models.? All for versions have a six-speed automatic transmission and are available in the standard front-wheel drive or the optional all-wheel drive.

Most of our driving impressions came from Southern California freeways and city streets where the Acadia performed well, accelerating quickly into the fast moving traffic and braking quickly when the traffic ahead occasionally decided to unexpectedly stop. 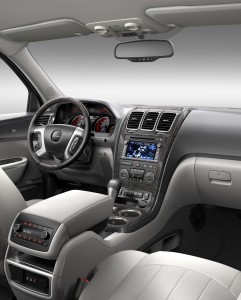 We especially appreciated the DVD touch-screen navigation system when we were driving to Los Angeles and San Diego.? It was also great for locating interesting restaurants or stores.? What we didn?t like about the navigation was that it required stopping the vehicle to program or find addresses; we prefer a system that allows the front seat passenger the ability to input data without having to stop. ??We did appreciate the XM NavTraffic which was very accurate at identifying bogged down traffic areas.

With its nicely appointed interior and abundant features the Denali was a great road car.? Features like heated and cooled perforated leather seats, mahogany and leather steering wheel, head-up display and Bluetooth made the driving more enjoyable.? This would have been a perfect vehicle to take friends or grandchildren along because our test vehicle had the Dual SkyScape sunroof, rear DVD entertainment system and the premium Bose audio system.

We didn?t need the third row seating for passengers but appreciated the extra space, when the third row seating was folded flat under the cargo area.? We did try the rear seat and discovered comfortable seating for two adults or a tight fit for three.? The wide rear door makes initial access easier, but climbing back there it still is best left for for younger passengers.

The Acadia is big, weighing in at about 5,000 pounds and 201 inches long (the same length as the GMC Yukon) and the size distracts a little from the agility as does the 40-foot turning radius.? However, unlike some body on frame vehicles, the Acadia does have a 5,200-pound towing capacity.

The GMC Acadia Denali AWD has a base price of $45,995 including the destination charge.? Our test model included two of the only available options, the navigation system ($1,890) and the DVD entertainment system with wireless headphones ($1,445).? As a comparison, the Acadia SL 4WD has a base price of $34,615.

For a family that has the budget to buy a top-end luxury crossover, the GMC Acadia Denali should definitely be on the shopping list. 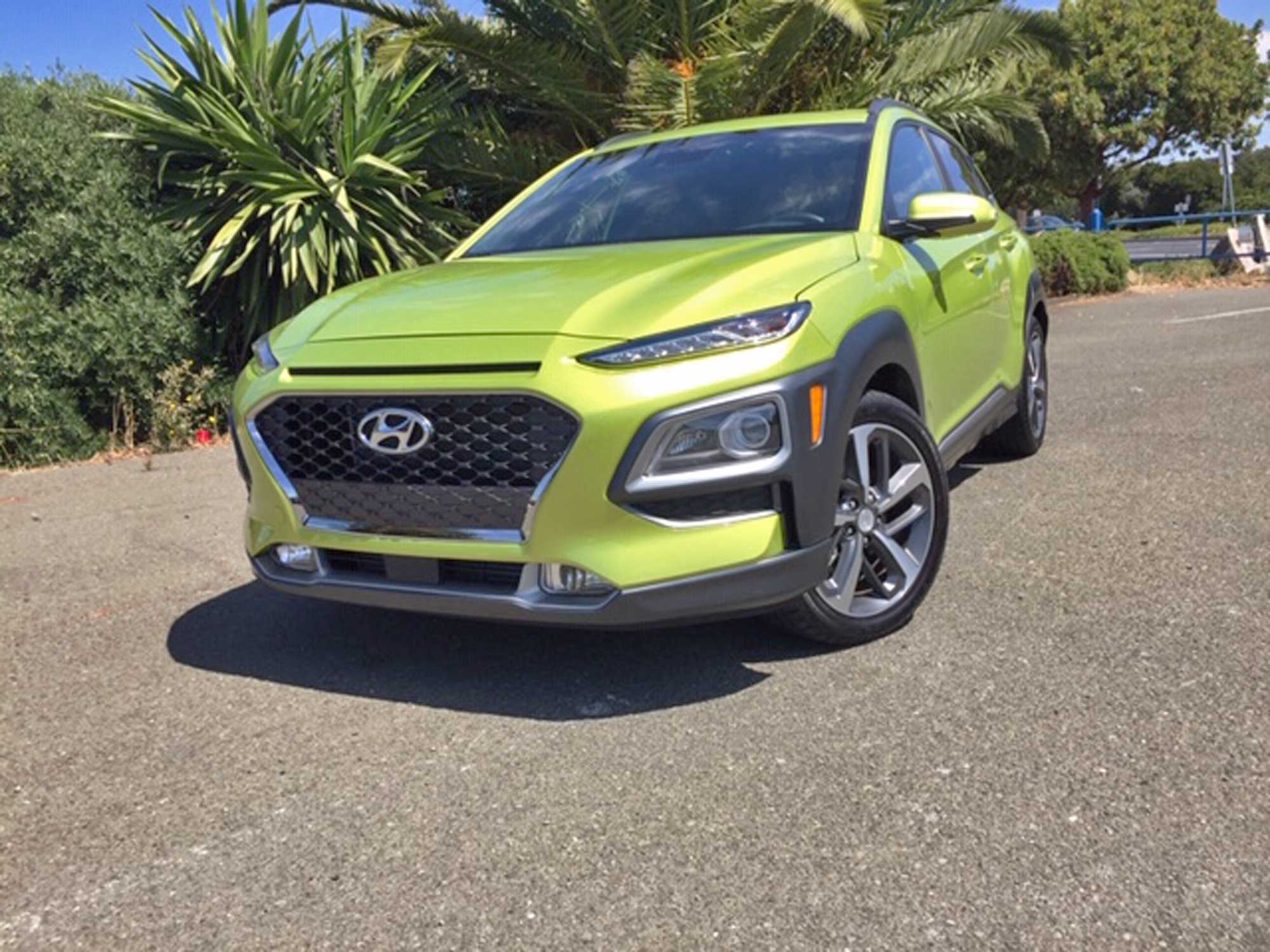 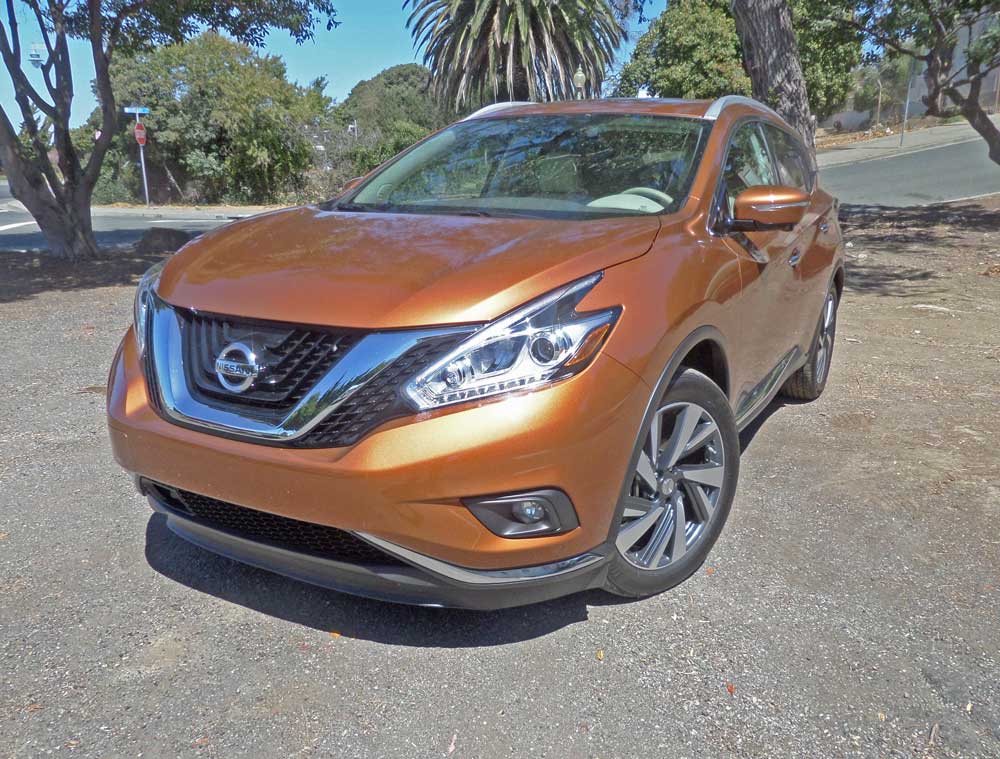