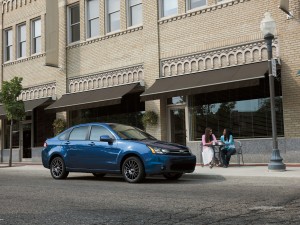 We can imagine a time in the future when the Ford F Series won?t be the king of the hill or the number one selling vehicle in the U.S.? Americans are ?rich? in the world?s eyes, but at some point, the fuel prices are going to have an effect on big truck and SUV sales.? When that happens we?re going to start seeing smaller efficient cars rising to the top of the list of the best selling U.S. vehicles forcing out the F-150s, Silverados and Rams.

Ford has done an outstanding job moving toward that day by placing a heavy emphasis on its smaller, highly fuel efficient world cars.? It makes sense to build the same car, with as few changes as possible, for different parts of the world.? In the process of being efficient, it also appears everyone will be getting better cars.

We recently spent a week in the latest Ford small world car, the Focus, and for the most part, it?s an excellent example of what a world car can be.? Plucked from the European market, with minor modifications, Focus is perfect for the U.S. market.?? For example, people who are buying a first car or getting rid of an older large car, SUV or truck. ?In an effort to reach the young, often first time buyers, Ford has placed a heavy emphasis on social media marketing to appeal to the trendy youth groups. 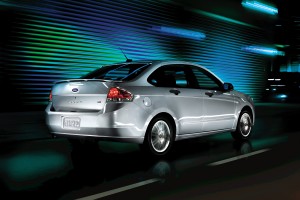 Most people aren?t going to buy an ugly car and Focus gets high marks for its good looks.? Available in a sleek five-door hatchback or more traditional four-door sedan, Focus features Ford?s kinetic design form language, which gives it a sporty distinctive styling that will attract attention.

Shoppers will be drawn into a cockpit-inspired interior that looks as if it belongs in a much more expensive car.? The seats are soft and comfortable, but with the support that makes them good on long trips or on winding roads. 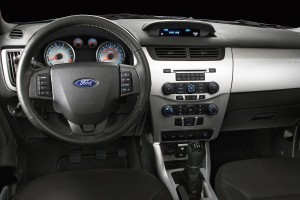 Even though the interior has an upscale look, the dash seems busy with the large air outlets, multi-screen instruments, various buttons and dials plus 19 buttons on the steering wheel in addition to the horn, turn signal, dimmer and wiper controls.? However, after a short time behind the wheel it all started to make sense and it works well.

Unfortunately, Ford?s innovative MyTouch? system is still somewhat a mystery to us.? Using the voice commands or some of the menus by pushing buttons is almost like learning a foreign language.?? There will be a high learning curve for some people who are not tech savvy.? We give Ford a lot of credit, however, for recognizing that this is a potential problem.? They have been working hard to set up training for new buyers in the form of one-on-one tutoring at dealerships and by creating an extensive help system on the Internet. 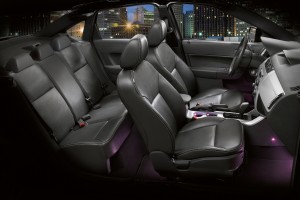 A couple of the neat new additions to MyTouch are the 911 Assist that automatically sends help if you are in an accident and the airbag deploys.? There is also a Vehicle Health Report that allows you to create a personalized online report of the vehicles diagnostics.

It?s hard to believe an inexpensive car like the Focus is being offered with the Parking Technology Package. ?This is a necessity for the ?park-a-phobic? driver.? Using ultra sonic sensors, the system helps find a large enough space to park and then parks itself with almost no driver input.? It?s amazing and is included in a $695 Technology Package that also includes front parking sensors and rear-view camera.

A 160-hp 2.0-liter direct-injection DOHC four-cylinder engine powers all models of the front-wheel drive Focus.? The spirited engine rewards the driver with more power than the numbers indicate as long as the driver keeps the RPMs up.? Like most little engines, this one doesn?t like to lug below 2000 rpms.? The Focus accelerates from 0 to 60 mph in 8.0 seconds. Fuel economy for the 2012 model is projected to be 28 mpg city and 40 mpg highway.

A smooth-shifting five-speed manual transmission is standard equipment, but the PowerShift six-speed automatic transmission will be the preferred choice for most shoppers.? The automatic is a sophisticated double clutch system — it?s the kind of transmission found on more premium European sport sedans not on compact American cars.? The automatic is smooth and shifts fast, but driving on hills is has a tendency to want to shift up too early in an effort to save fuel.? That led to shifting down again on the longer hills in a process called ?hunting.??? The transmission can be shifted manually by pressing a two-way toggle switch on the left side of the shift handle ? press the top side up to shift up and the bottom to shift down.? Perhaps the ST performance model, due later this year, will have wheel-mounted shift paddles instead.

The Focus sedan is available in four trim levels: S, SE, SEL and Titanium, and the hatchback comes in the same trims, except the S.? The S trim Sedan starts at $16,995, including the destination charge. It is nicely outfitted with air conditioning, power windows and locks, keyless entry and tilt and telescoping steering wheel.? The basic Hatchback SE version starts at $18,790.? The top of the line Titanium Hatchback goes for $23,490.? With all the available options it gets into a midlevel pricing at just over $30,000, but there won?t be many Focuses sold at that price.

Now sold as the same basic car around the world, the new Focus is the car enthusiasts have asked for in the U.S.? It will also appeal to a budget buyer and allow a great deal of customization of features for everyone. 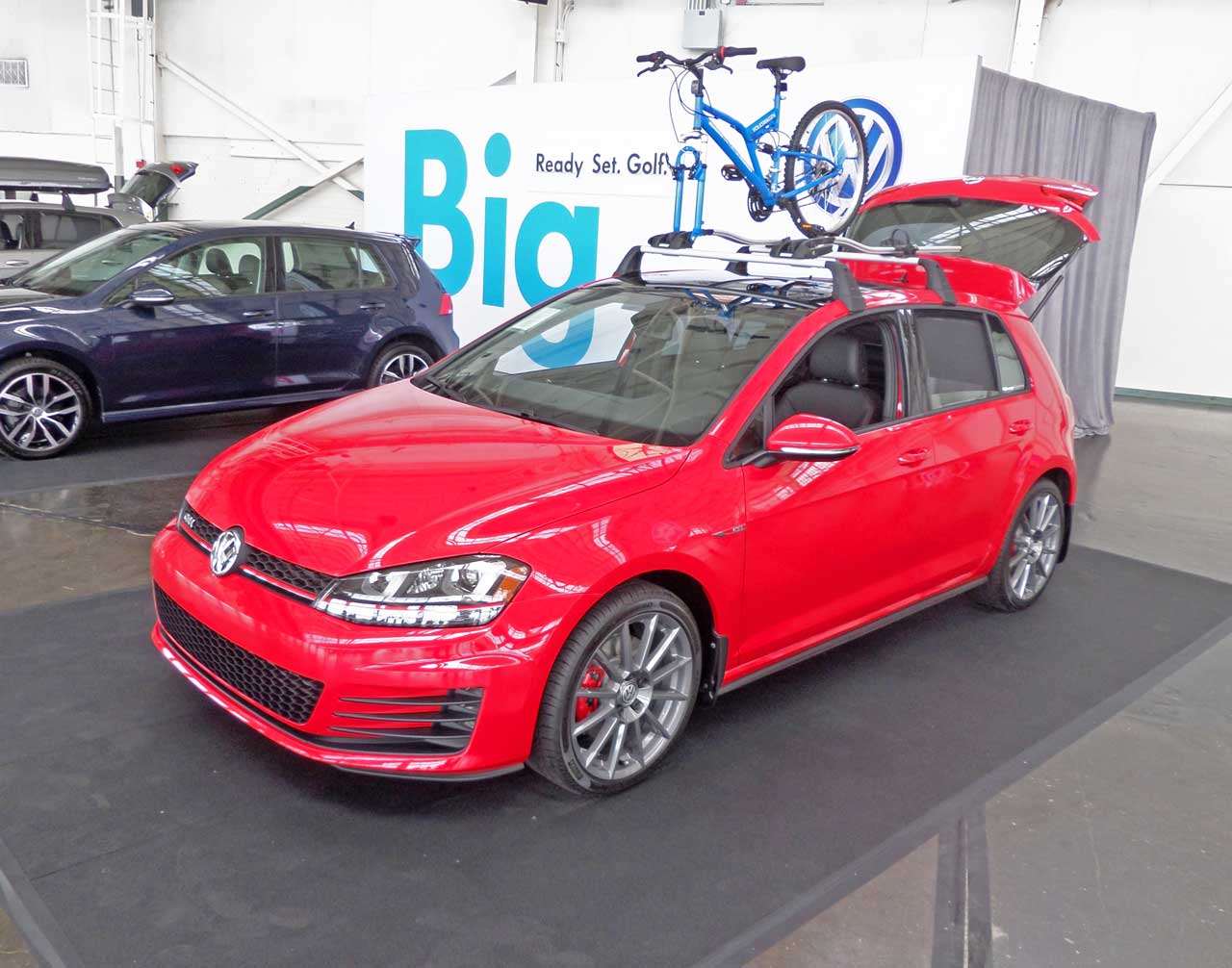