Romeo, Mich. — After a makeover for 2011, the Ford Edge returns for 2012 with an engine transplant, getting the first application of the company?s four-cylinder EcoBoost engine.?

Ford?s EcoBoost family of turbocharged gas engines has been a popular addition and is now being offered in several of the most popular models.? Most recently, the V-6 EcoBoost was added to the F-150 pickup engine menu where it became the best-selling engine option.

The latest addition is a 2.0-liter four-cylinder, which without the benefit of turbocharging would leave the two-ton crossover breathing hard, but with turbocharging, it becomes a spirited performer.

I had a chance to sample the EcoBoost version of the Edge (and the Explorer SUV) recently at Ford?s Romeo, Mich. Proving Ground and was impressed by the smooth quiet demeanor and the strong power of the little four-cylinder. ?Of course, the most desirable trait is the fuel economy, which is 21 mpg city and 30 mpg highway according to EPA estimates — that is 2 to 5 mpg better than the V-6 versions. 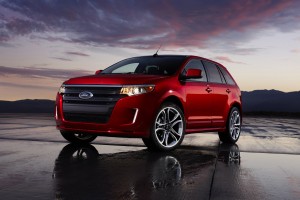 ??? The EcoBoost engine uses a single turbocharger with direct fuel injection to perform as well as the current V-6 engine, but with a significant increase in fuel economy.? Turbo lag is imperceptible and the performance is immediate and strong with the engine producing 240 horsepower and 270-lb.ft. of torque. ?The EcoBoost engine also has Ti-VCT (Twin Independent Variable Camshaft Timing) technology, which creates precise and variable timing control of both the intake and exhaust camshafts. ??Unlike turbochargers from the 1960s and 1970s, the modern turbocharger is very dependable.? The EcoBoost turbo spin up 195,000 rpms and have a designated life of 150,000 miles or 10 years.

Other EcoBoost features include aerodynamic enhancements and other technologies to help save fuel.? For example, side door rocker moldings and active grille shutters that optimize aerodynamics by using vents to control airflow through the grille to the cooling system and engine compartment.

This engine is not available with the all-wheel drive option and Ford recommends the V-6 engine for towing.?? The EcoBoost engine is a $995 option on all models by the Sport. ?With the difference in the EPA ratings and with gas at about $4 per gallon, I figure it would take about three years of gas savings to pay for the additional charge ? and that?s an investment that keeps paying back for the duration.

The Edge has two available V-6 engines the 285-hp, 3.5-liter available for the SEL and Limited models and the 305-hp, 3.7-liter in the Sport. ?Every engine option comes with a standard six-speed automatic transmission.? The Sport also has a six-speed automatic but adds paddles for manual shifting.

The just right size and distinctive styling of the middle size Ford Crossover has been a big hit with more than 500,000 sold since the debut late in 2006.? Last year the Edge became a bit curvier, abandoning the crisp edges for a softer, more mature look.? The front end looks more ?Fordish? taking on a little more family character with a bolder grille treatment.

?The new Edge demonstrates how a refresh at Ford has become more than just a few design and interior tweaks,? explains Elaine Bannon, chief engineer. ?We have taken every element of the Edge and completely reworked it, including three new powertrains, two new transmissions, a bold new exterior design and a completely new interior. If you add in our industry-exclusive MyFord Touch system, you have a vehicle that will continue to stand out above all the competition on the road.? 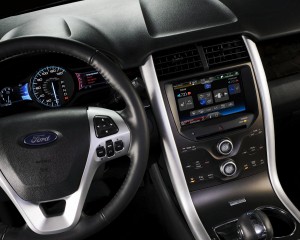 The other feature commanding attention is the latest generation of SYNC with MyFord Touch.? ?Using screens in the instrument cluster and on the center stack, along with a voice command system and five-way control on the steering wheel that system can access a treasure chest of information, entertainment and communications. ?I am a gadget guy and try to keep up the latest electronics devices, but I have trouble going much beyond the basics with the SYNC system.? I admit I haven?t had the time learn the system, and that?s part of the problem.? I think systems like this need to be intuitive, but for this one I need a good tutor or several weeks of practice.? Ford is aware that the complexity of the system is a problem and a distraction for the driver.? They have been working to have dealership employees help buyers with the system.

Ford has taken a strong leadership position in technologies and the Edge includes or has available some great features like the Easy Fuel? system that requires no cap.? It has standard blind spot mirrors, which are not quite as effective as electronic systems, but they work.? The MyKey? system is another good safety feature, allowing the ignition key to be programed so some drivers (like teens, for example) won?t have access to certain features or performance, to keep them safer.? In addition, there are other features like Roll Stability Control?, adaptive cruise control, collision warning with brake support, the cross-traffic alert and more.?? Ford has some great features, and they put all of them in the new Edge. 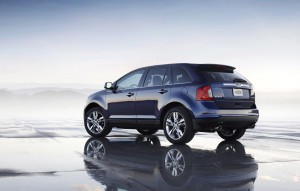 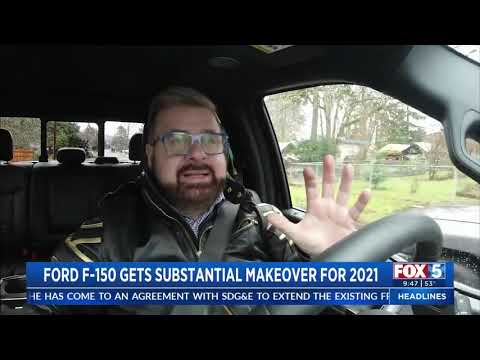