The Volt Looks Like it Belongs in an American Driveway 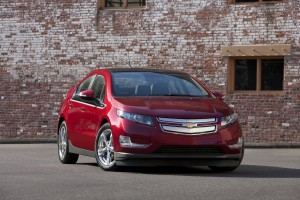 I know I was supposed to be enamored by the sophisticated technology of the Chevrolet Volt?s extended capability drive system, but I have to admit, the first thing that caught my eye was the styling.? Technology aside, the Volt is a very good looking car.

Appearing more like a sleek, sport sedan than a high tech electric people mover, the Volt looks like it belongs in the average American driveway and not some futuristic movie.? There is little on the outside that indicates this could be one of the preferred future drivetrains. ?However, a careful examination shows an almost solid grille designed to help airflow around the car rather than to cool the engine.? There?s also an unusually placed door on the front driver?s side fender that looks like a gas filler, but it?s actually a place to plug in the electric line to charge the battery.

?The Volt is a revolutionary car, and we wanted the design to make as sleek and dynamic a statement as possible,? said Bob Boniface, director of design. ?When you look at this car, it?s very technical and refined in its execution, with lots of interrelating surfaces that bring clean, crisp edges and creases.? 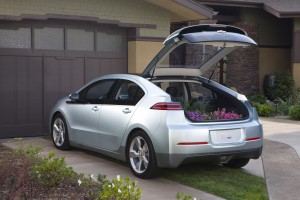 This careful attention to detail along with extensive wind tunnel testing have yielded the most aerodynamic vehicle in Chevrolet history achieving a 0.28 coefficient of drag.? Engineers claim the aerodynamic efficiency increases the range of the Volt by eight miles in the electric-only mode and up to 50 miles in the when the gasoline powered charger is running.

To put the Volt in perspective, it is 177 inches long, which makes it identical in size to the Toyota Prius, but the Volt is about 600 pounds heavier.

On the inside the Volt takes on a little more futuristic look with two seven-inch high-resolution screens ? one taking the place of the traditional instrument cluster and the other at the top of the center stack, like a typical navigation screen.? The LCD screen behind the steering wheel is a reconfigurable Driver Information Center display that in addition to typical information provided by the normal gauges provides information like electric-only range, fuel economy, extended-range, tire pressures, trip information and other key vehicle messages. 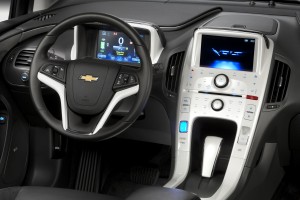 The center-stack touch screen controls infotainment and cabin climate .? The silver face of the center stack uses a multitude of touch switches interspersed with a few conventional switches and dials to control various vehicle functions. ??The Volt doesn?t use a starter, but a power switch is mounted on the center stack as is an electronic parking brake switch.

The Volt interior is a spacious five-door hatchback configuration which allows the split rear seat backs to be folded to extend the cargo capacity when needed.? The seating is attractive and very comfortable.

The definition of Volt?s unique power system has been controversial.? It?s driven by electric motors and has a small gasoline engine to charge the batteries when the battery power is used up.? Chevrolet says it?s an electric car, while many critics say it?s really a hybrid.? Who cares what it is? — it gets exceptionally good fuel economy and has a range of up 379 miles, and that?s something a pure electric car can?t do.

For people who understand the electrical numbers — me not being one of them — the Volt has a 16-kWh lithium-ion battery pack and a 150-hp electric motor, which provides a pure electric operating range between 25 and 50 miles.? Once that battery is used up the gas generator automatically starts and charges the batteries as the vehicle operates.? The gas engine is an 80-hp, 1.4-liter four-cylinder.? One downside, is the gas engine requires premium fuel, but a typical driver using the Volt to commute to work, or running? errands around town, will seldom have to buy gasoline.? All that will be required to keep the Volt running is a full electric charge that will cost about $1.50 a day in most areas.

In the all-electric mode, Volt gets the equivalent of 93 MPGe (miles per gallon equivalent).? Running strictly with the gas generator providing electricity it averages 37 mpg and 60 MPGe when the two are combined..

The Volt is well equipped with safety features like StabiliTrak, traction control and four-wheel disc brakes.? The list of standard features is extensive too, including aluminum wheels, navigation, audio system with 40GB hard drive, cruise control, air conditioning, OnStar communications system and Bluetooth?.? Options include heated leather seats, rearview camera, ultra sonic parking assist and a few other cosmetic upgrades, which together add about $1,600 to the bottom line price.

The Volt has a base price of $41,000 including the destination charge. ?Federal tax credits could take as much as $7,500 off the price, plus many states offer other environmental incentives.

I enjoyed driving the Volt –it?s quiet, comfortable, and much more powerful than I imagined.? Because of the technology, I expected it to be complicated to operated, but there?s nothing extra to learn other than simply remembering to plug it in when you come home and unplug it when you leave.

The Volt battery has an eight-year/100,000 mile warranty, and the car has the standard three-year/36,000 mile bumper-to-bumper warranty along with a five-year/100,000-mile roadside assistance program and coverage for the gas engine.

With gas prices flirting with $5 per gallon in some parts of the country, a car like the Volt seems to be a good way to save the family budget. 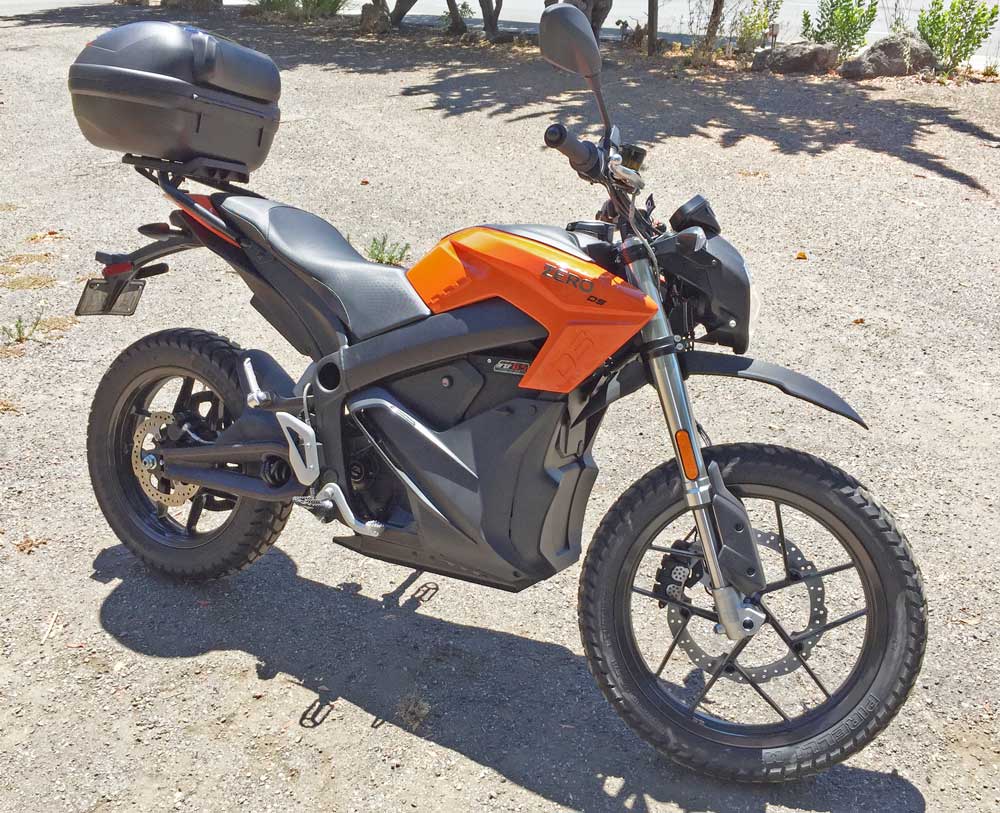