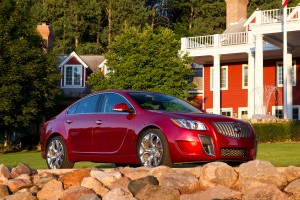 Traverse City, Mich. ? I am a Buick owner, and have been since 1989 when my husband and I walked into the San Francisco auto show and the first car we saw on the rotating pedestal was a Buick Reatta.? With its unique clean styling, the sporty two-passenger coupe, grabbed my attention and I went down to the Buick store the following week and bought the one they had on their pedestal.

Most of the insurance companies say the Reatta is a sports car because it has two seats, but it is in no way a sports car?it is a luxury sports coupe.? The Reatta is not very fast and it doesn?t handle particularly well, especially comparing it to the new cars of today.

For the last 20 plus years, we?ve been driving two test vehicles each week to write reviews.? As a result, the Reatta sits in our garage — covered.? We start it occasionally, get the oil changed about every 50 miles and keep it licensed and insured, but we have little time to drive it. 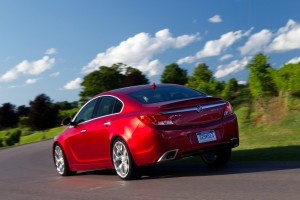 Recently I went to the introduction of Buick?s newest Regal version, the GS. ?With its new 270-hp, 2.0-liter Ecotec turbocharged four-cylinder engine and six-speed manual transmission, it?s way more a sports car than my Reatta!? It?s a completely new kind of Buick and very much what I would call a ?driver?s car?. ?Besides, when was the last time you saw a Buick with a manual transmission?

The little four-cylinder engine gives the midsize luxury the kind of performance we?ve associated with European sport sedans.? Buick says the GS accelerates from 0 to 60 mph in 6.7 seconds, but it feels faster than that to me.? The six-speed manual transmission wouldn?t be my first choice, but it is smooth, positive and intuitive, making it easier to use.? I?ll be interested to try the upcoming GS with a six-speed automatic transmission when it?s available early next year. 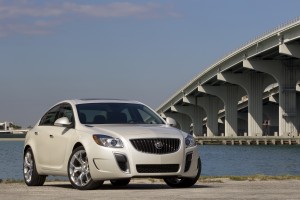 ?????????? As the flagship model of the Regal line, the GS gets a full featured equipment list with some unique elements including an Interactive Drive Control System that allows the driver to change the suspension settings and steering sensitivity when the road and conditions permit.? Backing up the extra performance are the a four-wheel Brembo high-performance brakes and along with a HiPer Strut front suspension designed to reduce torque steer and improve cornering power.

The GS gets a special outfit, too, with body-colored front and rear fascia?s, slim ground effects and a rear spoiler.? It?s finished off with trapezoidal exhaust outlets and good-looking 19-inch five-twin spoke alloy wheels, and for those who always want more, it has optional 20-inch wheels available. 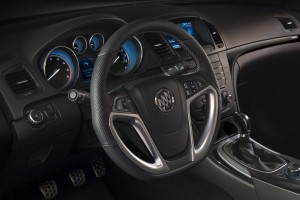 ??? Inside, the GS treatment is special ebony leather, which looks great, but if you?re not a fan of black interiors, you?re out of luck, because that?s your only choice.? Other special GS elements include satin metallic accents and an instrument panel that glows white when the GS mode of the Interactive Drive Control System is engaged.? The GS also includes a keyless entry with push-button start, XM Satellite Radio, harman/kardon audio, Bluetooth in addition to numerous leather treatments. ?A couple features I would like to see on the Regal are a backup camera and a blind sport warning system.

I?m always concerned about safety appointments, and the GS does not disappoint with features like Bi-Xenon headlights, eight air bags, front and rear ultrasonic parking assist and one of my favorites, the OnStar communication system.

With connectivity being so important today, Buick will be adding their own IntelliLink system later in the model year.? It uses Bluetooth or a USB connection with the driver?s smart phone in conjunction with the high-resolution color screen and is controlled by steering wheel-mounted controls or voice activation.?? The system can connect to services like Pandora? and Sticher Smart Radio.

The Regal GS joins the other naturally aspired and turbocharged Regal models which start at a base price of $27,530, including the destination charge, and go up to $33,395 for the Turbo Premium 3 version.?? The GS has a base price of $35,310 and has about $3,400 of available options. 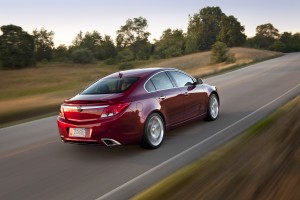 The Buick Regal GS is certainly not like the Buick my father used to drive.?? People who?ve driven a lot different cars will feel the German sport sedan influence and heritage; after all, the Regal was initially developed in Germany as one of the Opel models.? Top that off with an elegant interior and crisp distinctive styling and the Regal GS certainly puts Buick on the map.? Anyone shopping for a new car in this category, should be sure to drive this one. 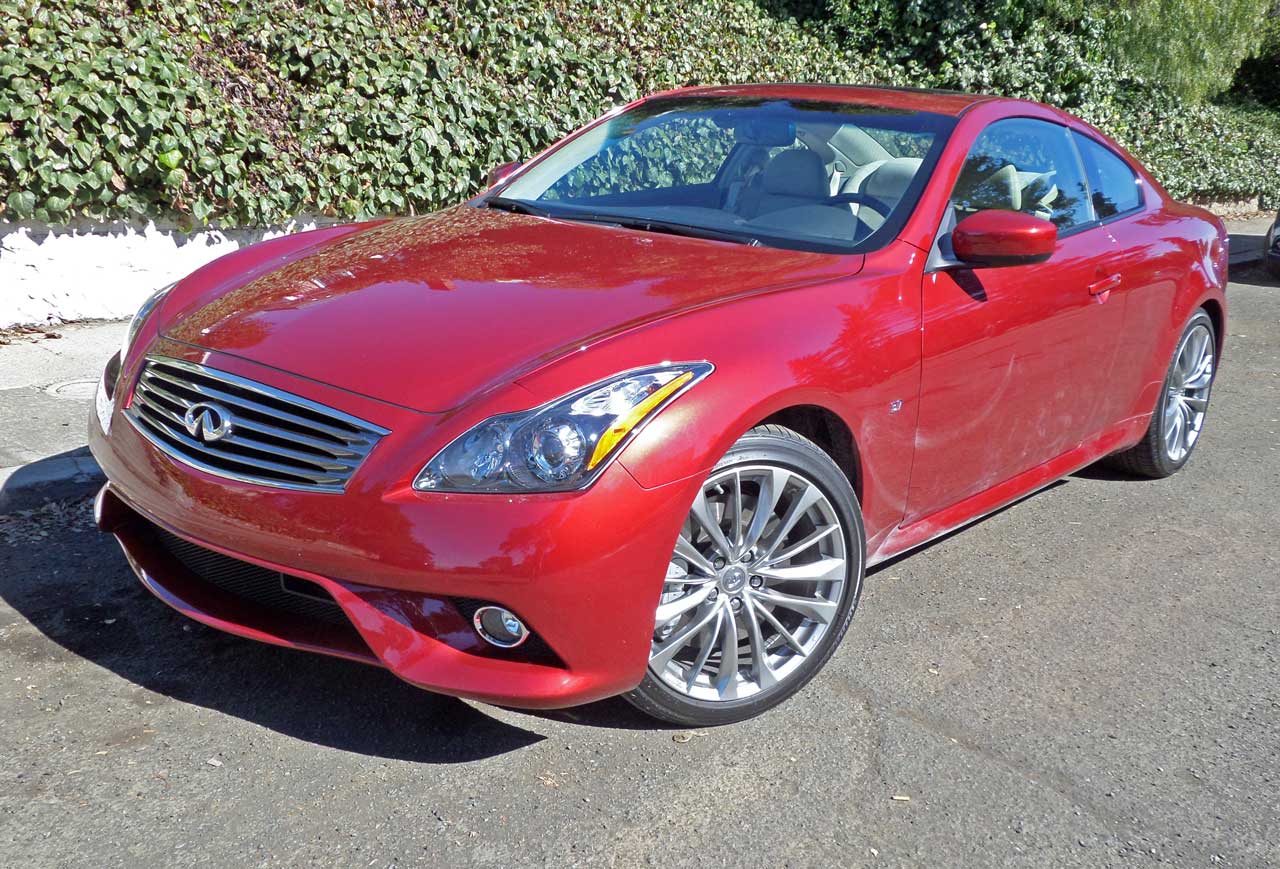