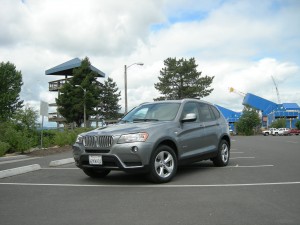 Now in its second generation the X3 is being built in BMW?s Spartanburg, South Carolina plant and exported around the world.? The X5 and X6 Sports Activity Vehicles are also built in Spartanburg. 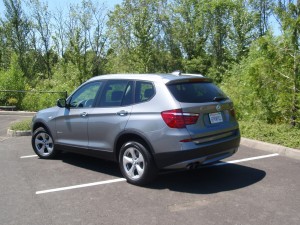 With a traditional BMW kidney grille, powerful-looking front fascia and signature ?Corona Rings? around the headlights there is no confusing the X3 with competitors. ?The silhouette is accentuated by three character lines that emphasis the wedge-shaped body. ?Large taillights and horizontal sculpting add to the unique character of the rear end. 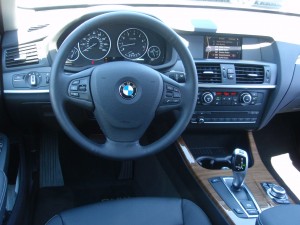 Inside the cockpit is filled with quality materials including available real woods and upgraded leathers.? The controls and instruments take a horizontal orientation giving the interior a broader and more open feeling. ?Seats are firm, comfortable and supportive. ?There are also a generous number of storage compartments, trays and drink holders in the console, doors and in the cargo area.? The X3 has 19 cubic feet of cargo area, and with all three sections of the 40/20/40 split rear seatback folded that space increases to 56.6 cubic feet.? The seat back also includes a ski pass-through that allows skis to be carried inside the vehicle while still using two of the three rear seating positions.

The X3 comes in two engine defined all-wheel drive models, the xDrive 28i and the xDrive35i.? Our test vehicle, the 28i was powered by a magnesium/aluminum 3.0-liter inline-six cylinder engine.? Like all BMWs it had the company?s unique Valvetronic variable valve lift and Double-VANOS system.? The 240-hp engine propels the two-ton+ vehicle from 0 to 60 mph in a very quick 6.7 seconds with a top speed of 130 mph when equipped with the optional sport package.? The 35i engine is the same 3.0-liter six-cylinder, but with direct injection and twin-scroll turbo charging producing 300 hp. This engine is capable of a very impressive 5.5-second 0 to 60 mph time and top speed of 150 mph.

Both engines are attached to a new eight-speed automatic transmission, which uses ?taller? cruising gears to make a significant improvement to the fuel economy.? The 28i is rated at 19 mpg city and 25 mpg highway and the turbocharged version is slightly better at 19 mpg city and 26 mpg highway. ??The new transmission is so responsive and flexible, it will even make a shift from eighth to second gear to maximize acceleration. 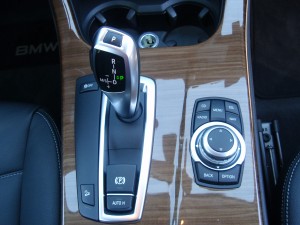 ??????????? BMW uses a unique transmission control level that takes a little getting used at first.? The button on the side of the lever must be depressed to get it in gear, and ?park? is activated by pushing the button on top. ??BMW engineers insist that manual shifts are made by pushing forward on the lever to shift up and pulling back to down shift.? That?s the opposite of most manufacturers, but it makes sense when you think of the movement the vehicle makes when the shifts are made.? It always takes a few days to adjust to the differences between the BMW and most other vehicles.

The third generation xDrive all-wheel drive system has been revised with more flexibility, quicker response and improvements that help the vehicle handle even better.? It works in conjunction with BMW?s Dynamic Stability Control system and Integrated Chassis Management to make instant adjustments to maximize traction and handling dynamics.? Under normal conditions the rear wheels are the drive wheels, but as traction decreases, as much as 40 percent of the torque can transfer to the front in variable allotments.

The X3 uses a double-joint spring-strut suspension at the front and a multi-link rear suspension with and an optional Electronic Damping Control to? adjust the shock absorbers to any level of firmness, quickly adapting to road conditions and the driver?s demands. The system helps maintain a neutral handling characteristic by adjusting the xDrive torque split to 20 percent front/80 percent rear in steady state cornering. 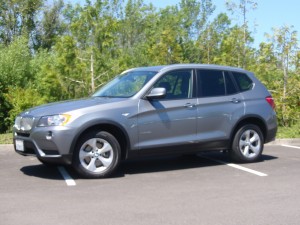 ?????????? BMW calls the X3 a Sports Activity Vehicle, which is probably more accurate than clumping it in with some of the competitors as an SUV.? The X3 is one of the best handling and fastest vehicles in the category, but it is also one of the most expensive.? Pricing starts at $37,625, including the destination charge for the xDRive28i and goes to $41,925 for the xDrive 35i.? With more than two dozen options on the price sheet, the price can climb to the mid-$50,000 level. 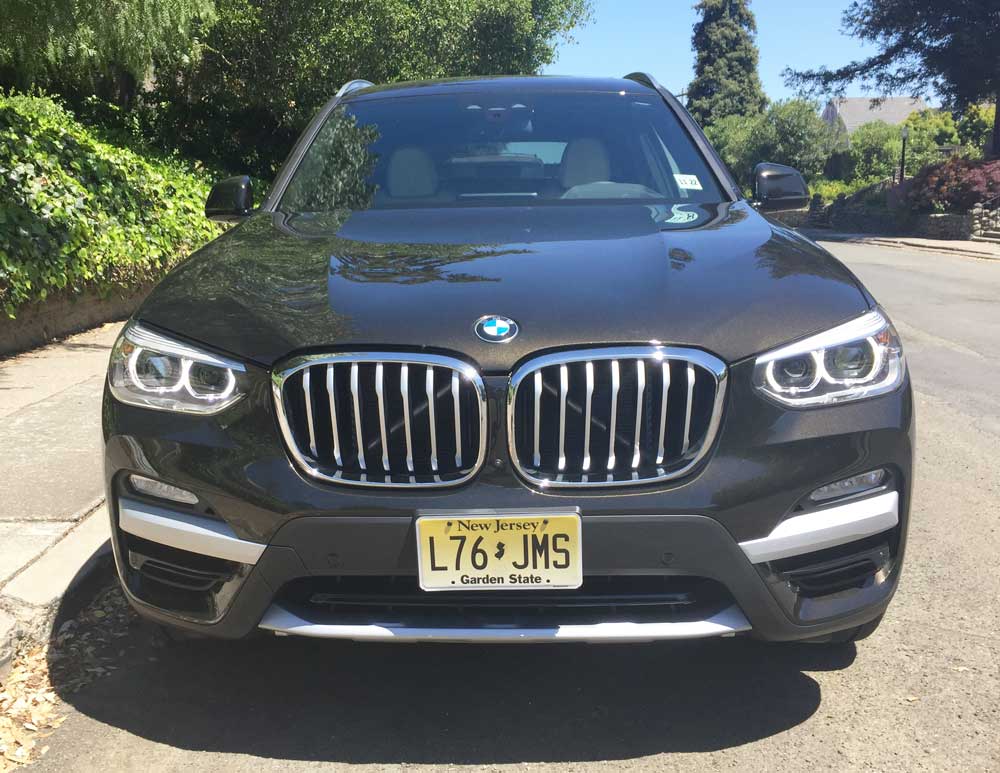 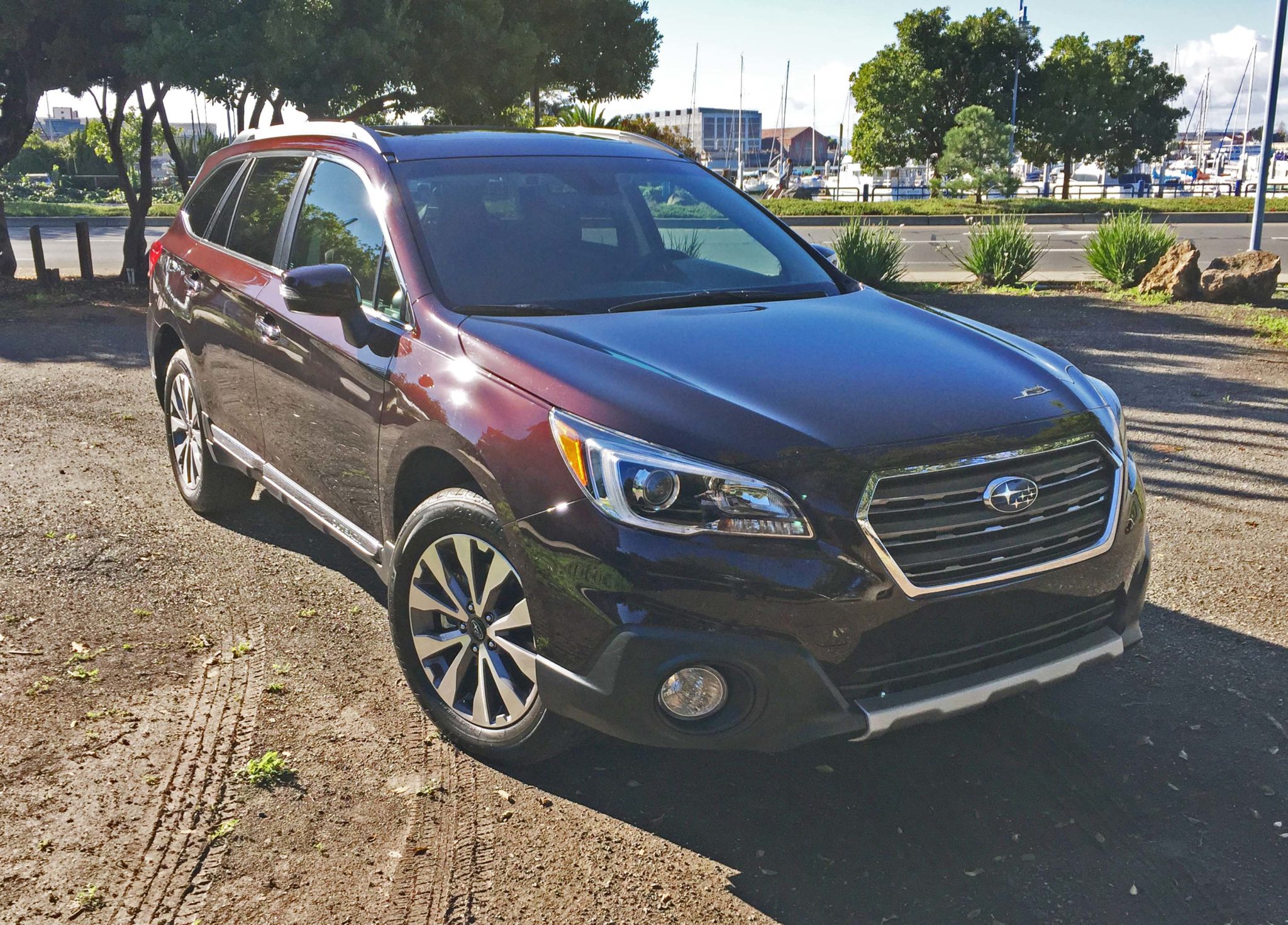