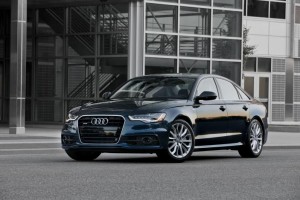 We have always maintained the product is king in the car business, and automakers turning out the best products have the best chance of winning.? Audi has certainly been a good example of that rule of thumb in recent years producing a stable of outstanding new vehicles with names like R8, TT, A3, A4, A7, A8, Q7 and the market has rewarded Audi with significant sales increases.? The most recent addition to that first-rate lineup is the new mid-level A6 sedan.

The previous generation A6 looked good and drove great, but wasn?t at the same level as the competitors, and as a result, didn?t inspire consumers to flock to the Audi stores to buy one.? In fact, it?s two chief rivals, the Mercedes-Benz E-Class and BMW 5 Series sold 60,000 and 40,000 units respectively in 2010 as compared to only 8,600 for the A6.? The all-new A6 is more innovative and powerful and a whole lot more stylish making it a much more desirable product and we expect to see a big boost in market share.

Since the new 2012 Audi A6 sedan went on sale in September 2011 it has been gathering accolades including Car and Driver magazine?s ?10 Best List?, Ward?s Automotive ?10 Best Engines? list, ALG Best residual value in the Luxury Car Category and it was a finalist for Motor Trend ?Car of the Year?.

The new A6 styling is much like one of the makeovers of men and women they have on various television shows.? The basic elements are the same, but like on the TV, with the skillful updating the A6 ?after? is a head turner. ?Family design elements like the Audi grille, unique LED daytime running lights and clean distinct lines create a more contemporary look without letting go of the original.? It?s not as dramatic as the A7, which flaunts sexy four-door coupe lines, but it?s distinctive.

Because car owners spend most of their time inside the car, Audi designers gave the A6 the best looking most functional interior in the segment. ?Abundant wood trim, soft touch surfaces and impeccable styling accent the dash and door panels.? The seating is plush while maintaining the supporting elements for aggressive driving.

As good as it looks, however, technology sets this interior apart from others in the category.

Audi?s MMI (Multi Media Interface) has been upgraded with the amazing Google Earth? navigation system, which displays the map as if it were a live photo taken from above.? The MMI system has three different input options, including the buttons, voice control or an innovative touch pad that recognizes handwriting inputs on a small console mounted pad. ?It also has a local search function, Wi-Fi? hot spot for up to eight Bluetooth devices plus audio streaming and Internet radio.

Available features include things like LED headlights, night vision assistant, head up display, adaptive cruise control (with a stop and go function) and side assist (a blind spot warning system).? If you are an audiophile and the 630-watt Bose? Surround Sound doesn?t fit your needs, you can upgrade to the super expensive ($5,900) 1,500-watt Bang & Olufsen? system with 15-speakers.

The safety list is just as impressive with driver assistance systems to help avoid a crash along with pre sensing systems that initiate protection before a crash occurs adding further protection for the vehicle occupants. 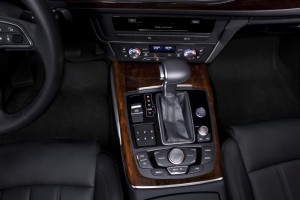 Currently, the A6 comes with two engine choices.? The standard engine for the 2.0T Premium and Plus models is a 2.0-liter, 211-hp turbocharged four-cylinder.? This is one of our favorite engines and it always feels more powerful than the specs indicate.? This engine is only available with a CVT transmission and front wheel drive.? It accelerates from 0 to 60 mph in 7.5 seconds, has a top speed, electronically limited, to 130 mph and the fuel economy is very impressive for such a large vehicle, at 25 mpg city and 33 mpg highway.

The A6 3.0T comes in three trim levels all powered by Audi?s brilliant new supercharged V-6.? Equipped with dual intercoolers, direct injection and variable valve timing, the engine is rated at 310-hp.? It drives the standard quattro? all-wheel drive system through Audi?s excellent new eight-speed Tiptronic? automatic transmission.?? This combination makes the 0 to 60 mph run in just 5.3 seconds, has the same electronically limited 130 mph top speed and gets an EPA fuel economy rating of 19 mpg city and 28 mpg highway. ?This V-6 engine performs nearly as well as the competitors? V-8 offerings, but with much better fuel economy. 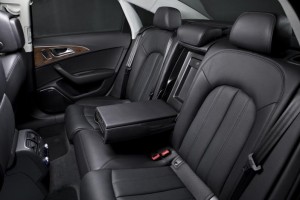 A6 2.0T pricing starts at $42,575, including destination charge for the four-cylinder Premium version.? The supercharged 3.0T Premium starts at $50,775 and includes a long list of standard luxury features.? The Premium Plus bumps the price by $4,220 adding the navigation, 18-inch wheels, Xenon headlights and several other luxury features.? The top Prestige version adds the features of the Plus along with another 10 luxury upgrades for $6,680 extra.?? Then there are several more available tire and wheel packages and one of our favorites, the Innovation Package of adaptive cruise, side assist, and head up display and night vision for $5,800. ??It?s possible to spend about $73,000 for a super well-equipped A6, but WOW, what a car!

Audi engineers have built the A6 using aluminum in the suspension and body components to give the car a stiff body structure, lightweight agile road feel and precise handling.? Combined with the performance of the supercharged V-6, the driver is then rewarded with one of, if not the best, driving experience in the segment.? 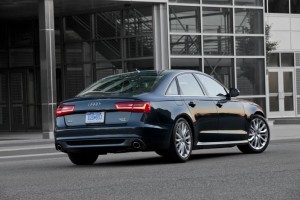 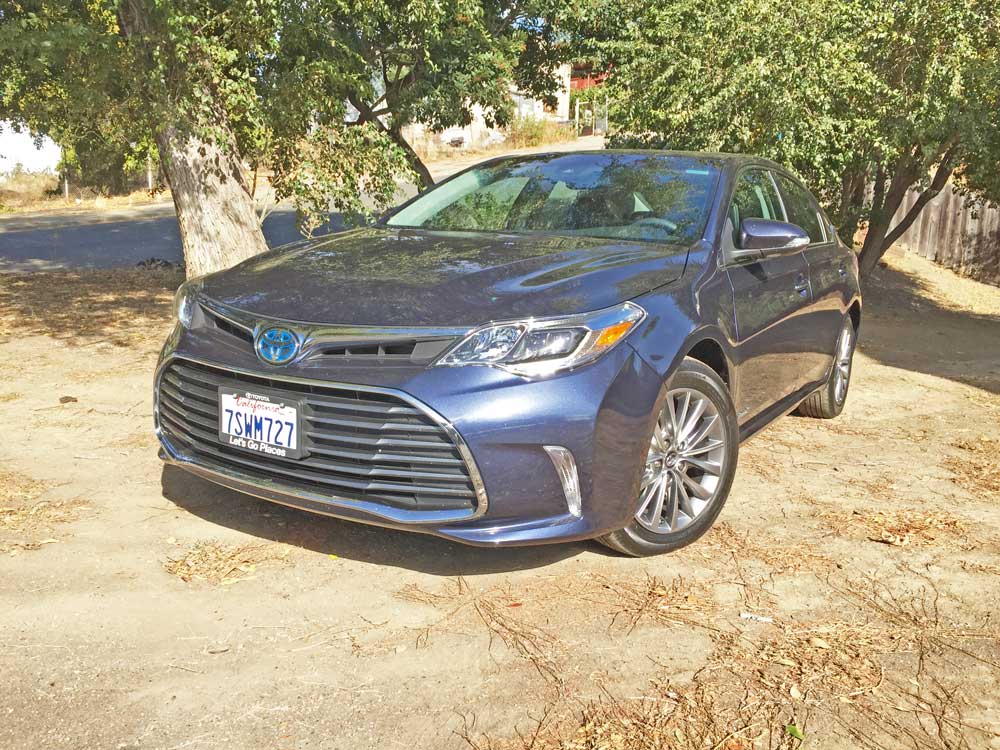