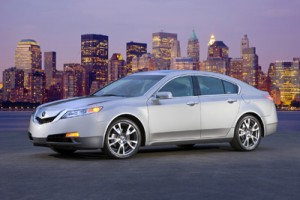 We don?t normally think of the Acura TL as a performance car, rather we categorize it as one of the better entry luxury sedans on the market.

However, with the addition of a new six-speed manual transmission, the mid-level Acura takes on a little different perspective.? Evidently, Acura engineers are a bunch of car buffs, and they convinced top management that a manual transmission version of the all-new TL, which was introduced last year, would make a good addition to the lineup.

Rather than simply slapping in a manual transmission and a third pedal for the driver, the team set out to make the system the best by redesigning, measuring and quantifying their new linkage and clutch against the best in the business.? The result is one of the smoothest, most accurate and easy-to-use manual transmissions we?ve driven.? The clutch is equally impressive requiring an easy linear pedal effort for a more seamless engagement.? There is no need for a driver to have to adapt to this transmission, it feels natural from the get go.

Combined with the 305-hp, 3.7-liter V-6 engine and the Acura Super Handling ? All Wheel Drive (SH-AWD?) the new drivetrain makes the 0 to 60 mph acceleration run in just 5.2 seconds ? that is 0.8 seconds faster than the five-speed automatic transmission.? That puts the TL in the same category with some big name competitors.

To improve handling, the SH-AWD seamlessly distributes more torque to the outside rear wheel to create a ?yaw moment? to help the TL turn more quickly and precisely ? while also continuously distributing torque front to rear and left to right. This results in better balance and steering precision on both dry and slippery surfaces.

When equipped with manual transmission, the SH-AWD system includes a calibrated Hill Start Assist system that helps prevent the vehicle from rolling backward when the driver moves a foot from the brake to the accelerator.

The manual transmission is a no cost option on TLs equipped with the larger 3.7-liter engine and SH-AWD.? Manual transmission models are sold with the Technology package and have a base price of $43,195.? The only option, other than color, is 19-inch wheels and high performance tires, which adds $1,000. 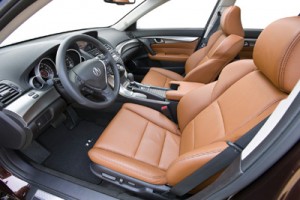 For the price, the equipment level on this car is amazing including features like moonroof, Xenon headlights, Milano leather seating, power and heated front seats, a fantastic ELS Surround sound system with DVD-audio, XM Satellite Radio with a 12.7 GB hard drive.? It also includes one of our favorite navigation systems, which is upgraded this year to include real-time traffic and weather reports.

Designed at Acura?s Southern California design studios, the TL features the company?s somewhat controversial new grille treatment, which looks something like a broad happy face mouth carved in a pumpkin using a series of straight lines.? The look is unique and frankly, it is starting to grow on us. 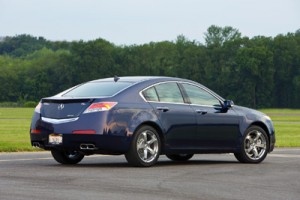 Driving the new six-speed manual is certainly enjoyable.? The car has excellent handling characteristics, combined with turbine-like acceleration but without sacrificing ride comfort.? It looks as if we?ll have to start thinking about the TL as one of the best luxury performance cars. 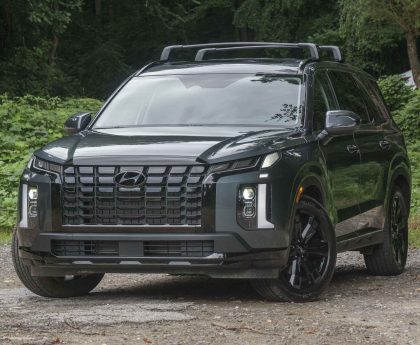