She ? Competing in the category of personal size SUVs, compact crossovers, or whatever group Acura RDX aspires to is, like choosing sides for playground basketball game from a group of NBA all stars ? there are so many great vehicles available? in this group, choosing a favorite is totally subjective. 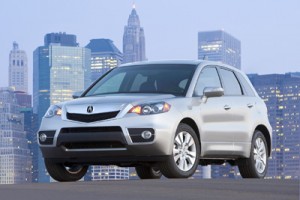 New to the Acura lineup in 2007, the RDX broke ground for the premium Honda brand by being the first of the brand to embrace turbocharging and the first Acura SUV outfitted with innovative Super Handling All-Wheel Drive (SH-AWD).? Combined with strong design elements and Acura?s full features, the RDX is one of those all-stars.

He ? For the first three years, the RDX had only one option, other than colors — the technology package.? The RDX had everything including Acura?s innovative SH-AWD.? For 2009, options were increased by 200 percent to two.? Now the RDX is available with front-wheel drive or SH-AWD.? While the FWD model loses some degree of handling and traction prowess, it does have some advantages.? The FWD RDX weighs 188 pounds less, accelerates to 60 mph 0.3 seconds faster, gets an average two miles per gallon better fuel economy and costs $2,000 less.

Other feature additions for 2010 on both models include standard rear-view camera, electronic compass, pull handle for the rear hatch, ambient footwell light and some other convenience improvements.

She ? Like most vehicles in this category, planners are appealing to shoppers with active lifestyles.? The styling is sporty with an athletic look, large wheels, raked body, sweptback roofline and sharply angled windshield.? The interior has a simple clean design, supportive leather seats with seat heaters in the front.? The instrument panel has three pods in a motorcycle-style configuration.? We especially like the organization of controls, which use a large display screen and intuitive control knobs mounted high on the center stack.? Redundant audio controls with dedicated buttons are right below eliminating the need to sift through multiple levels of menus to change a radio station or source.? Climate controls are also easy to use with dedicated buttons and dials. 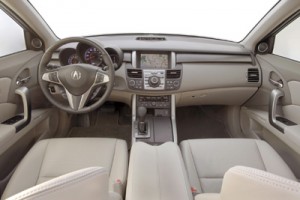 The audio system is impressive, too, with standard XM radio plus a full range of auxiliary input options so we were able to plug in our iPod and listen to the ?Car Talk? podcasts we download weekly from National Public Radio.

He ? The RDX is suited for mild off-road activities, but is far from a rock climber or mud wallower, it is best used for running errands, highway cruising and zippy drives on country roads.

A 240-hp, 2.3-liter turbocharged four-cylinder engine powers the RDX through a five-speed automatic transmission.? I have often wondered what the Honda i-VTEC engine system would be like with a turbocharger, and the RDX is a beautiful example.? There is little turbo lag and power is strong all the way to red line. ?It performs more like a V-6, but gets the benefit of better fuel economy and lower emissions.? The only downside is premium fuel is recommended.

Obviously, a six- or seven-speed automatic transmission or even better a dual clutch manual system would bring an improvement in performance and fuel economy, but the five-speed does a good job.? I like the Sequential SportShift and wheel-mounted paddle shifters that allow the driver to better control of the transmission.

She ? In my mind, a big part of the appeal of a crossover is comfort and styling.? The RDX looks more like a stylish wagon and not a bulky SUV.? The lower ride height makes ingress and egress easy with no climbing up into or dropping down out of it.? I know it is not what people want to hear, but it?s not unlike the seating position in a minivan.? Once inside the slightly elevated seating position provides a little better view than most sedans and conventional wagons.? The thin roof pillars provide better than average visibility.

The new FWD RDX pricing starts at $33,330, including the destination charge.? AWD adds $2,000 and the Technology package is $3,100, making the highest priced RDX $38,430.? The standard equipment list is amazing with all the features we love like heated leather seats, moonroof, Xenon headlights, Bluetooth, and much more.

The Technology package is a state-of-the art system including one of the best navigation systems we?ve ever used, a rearview camera, AcuraLink Communications with rear-time traffic and weather.? The Acura ELS surround sound section of the technology system is pure audiophile quality.? In addition, it includes a cool GPS-linked dual-zone climate control system. 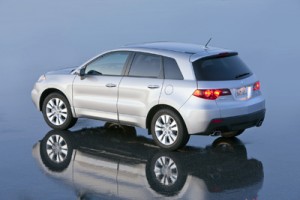 He ? At this price range and in this vehicle category, customers expect a quality product with good performance and handling, and Acura RDX does not disappoint.? With 0 to 60 mph acceleration of 6.4 seconds (6.7 seconds for the AWD) and a top track speed limited to 136 mph the RDX runs with the best in this class.? The fuel economy is good with an EPA estimate of 19 mpg city and 24 mpg highway.? We actually averaged 21.6 mpg during our week behind the wheel.

The RDX also gets a good ?Recommended? rating and the top level of safety ratings from Consumer Reports magazine.

She ? Acura has never been quite as flamboyant and trendy as some of the other brands, but the RDX should certainly be on any premium compact crossover or SUV shopping list.

He ? With its turbocharged four-cylinder engine, the RDX is fun to drive, with lots of smooth power.? I hope Acura and Honda think about turbocharging more products, because this is certainly one of the nicest engine applications in this category.

Overall, the RDX is one of the more impressive vehicles in this grouping. 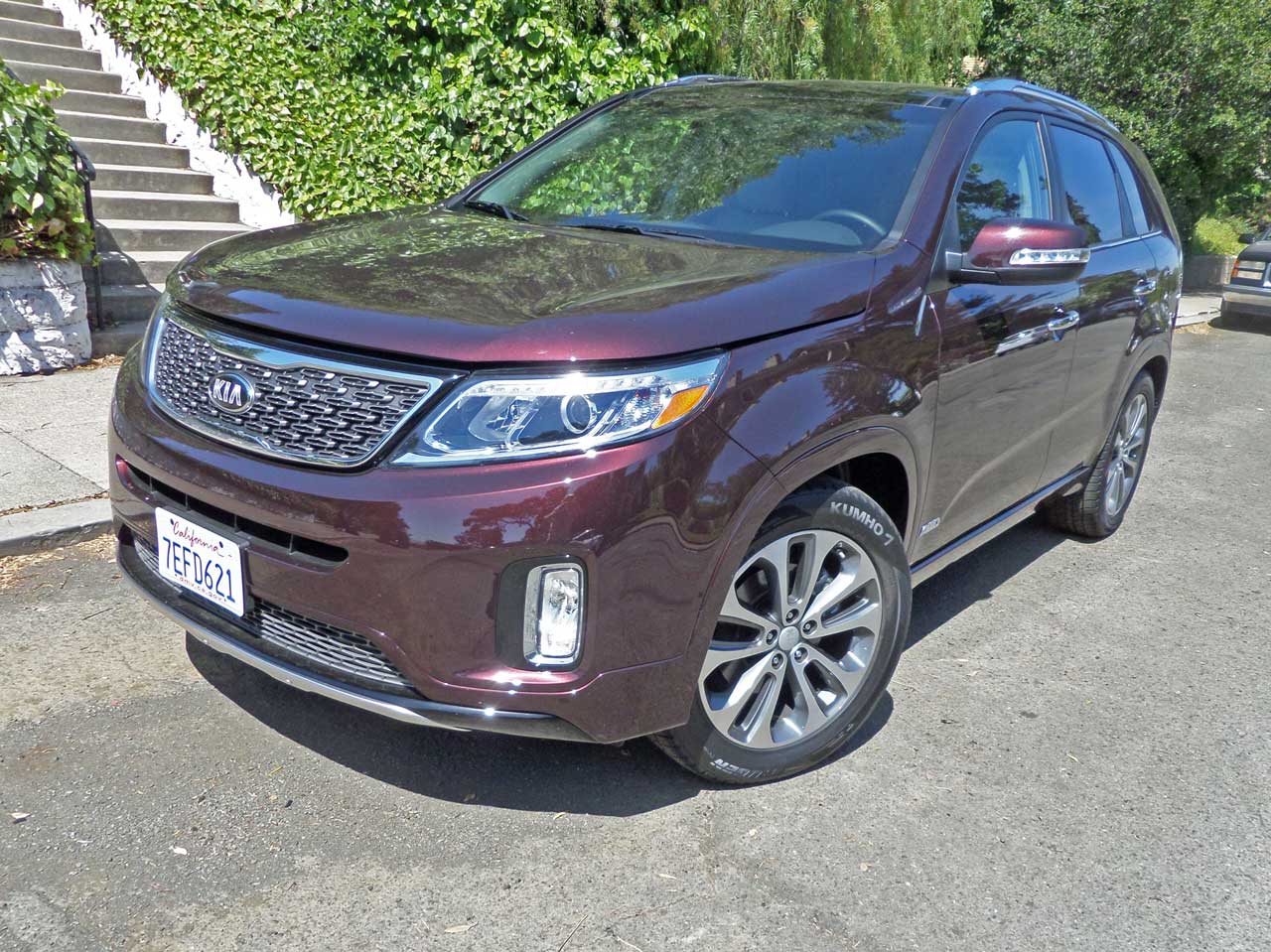