A wondrous sports coupe with a stubborn automatic transmission. 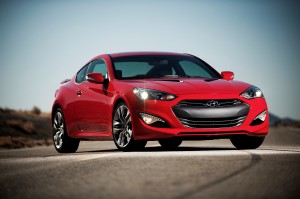 Honestly, I hadn?t expected much from the Genesis Coupe before I drove it. I mistakenly assumed Hyundai had taken the Tiburon–its last attempt at a two-door sports coupe–moved the power from the front to the rear and gave it a new name. Delightfully, the Genesis Coupe had me eating crow.

If the 2012 Genesis Coupe weren?t good enough, to my delight, Hyundai has added direct injection and a new eight-speed automatic to the already uproarious Genesis Coupe lineup for 2013. 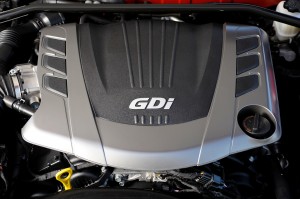 The new direct injection system has upped the 3.8-liter V6?s power from 306 horsepower to 348 (344 on regular gasoline) and 295 pound feet of torque. The Genesis Coupe 3.8 will make a 0-60 run in around 5.3 seconds and hit an electronically limited top speed of 149 MPH. The EPA has estimated the 3.8-liter-powered Genesis Coupe at 18 MPG in the city and 28 on the highway with a combined fuel-economy score of 22 MPG.

Not only did Hyundai up the Genesis Coupe?s power for 2013, it also upped its dynamic looks; with a new, meaner front fascia complete with Audi-style LED accent lights, the 2013 Hyundai Genesis Coupe is a real head turner. I was honestly shocked how many people turned toward, stared at, and even pointed to the 2013 Genesis Coupe as I drove it through the 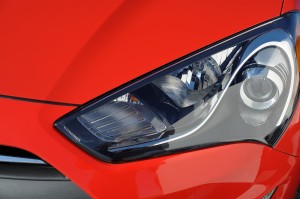 While I had fallen in love with the 2012 Genesis Coupe 3.8 Track with the six-speed manual transmission, the 2013 I was given to test had been fitted with the new eight-speed automatic.

If you?re confused as to why I keep referring to the Genesis Coupe 3.8 Track by its entire name, it?s because there are so damned many ?Genesis? products from Hyundai. There?s the Hyundai Genesis, which is a full-sized sedan. There?s the Genesis Coupe, which is an entirely different vehicle altogether. From there, the Genesis Coupe is available in several models: a 2.0T model and a 3.8 model. Then there are variations from there. There is the R-Spec, Premium, Grand Touring, and Track. Confused? So am I. 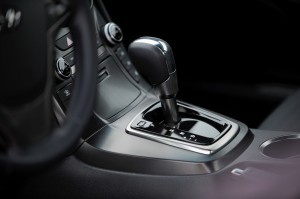 The eight-speed auto is a glorious transmission. Shifts are smooth and precise and with so many gears, the engine is practically idling–no matter the road speed–which saves fuel. Even when popped over into ?Sport? mode, the transmission doesn?t hold gears very long. But that?s the problem. The Genesis Coupe is a sports car with nearly 350 horsepower. Who on earth wants to go all eco in a shout-y, rear-wheel drive sports coupe?

If the quick-shifting sport mode weren?t disconcerting enough; when in manual shift mode, the eight-speed auto will still shift gears on its own.

Automatic transmissions from other automakers–when in manual shift mode–will hold the specified gear no matter what. In Acuras, for example, the transmission will allow the driver bounce off the redline. Obediently, an Acura automatic won?t shift until the driver taps one of the flappy paddles.

The eight-speed auto in the Hyundai Genesis Coupe is another story. If the driver gets within 300 RPM of redline, the eight-speed will shift to the next gear. But by then, the driver has already tapped the flappy paddle, ordering a shift. But instead of going from second gear to third as the driver had hoped; it goes second to third and instantly to forth because it puts the driver?s desired shift after its own automatic shift. Suddenly, the Genesis Coupe has lost power and dropped its RPMs down to 1200.

The problems with the eight-speed auto don?t end with manual upshifts. Downshifts are problematic, too. 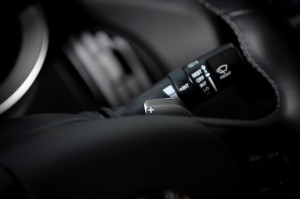 I?d be cruising in third and I?d begin to enter a corner and wish to downshift to second. I?d hit the flappy paddle and wait. Nothing. I?d hit it again. Nothing. A third time: nothing. Then without having had any changed to engine or vehicle speed, it?d listen and perform my downshift. By then, however, the Genesis Coupe was well through the corner and now engine braking on a straight.

The 2013 Hyundai Genesis Coupe 3.8 Track with the eight-speed auto is far less infuriating left to its own shifting devices in normal drive or sport modes. In those modes, however, it?s not very sporty.

The eight-speed auto is best suited, I figure, to the ?big daddy? Genesis sedan with the V8. Surely, few drivers of the big Genesis will ever wish to flappy paddle their sedan around the back roads. And on the off chance they do, their sensibilities won?t be rocked by a wayward automatic shift. 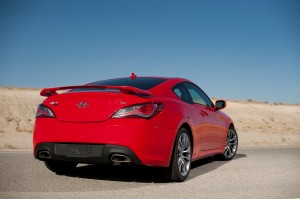 Another reason I loved the Genesis Coupe 3.8 Track was its sticker price. A 2012 had an asking price around $31,000. This new one, however, with the eight-speed auto will set customers back $35,230; the only upgrade at that price point being carpeted floor mats. Once the Genesis Coupe nears that $35,000 mark, it?s hard not to consider the Nissan 370Z (with sport package) instead. Quite the buyers? dilemma indeed.

If it were me, I?d take the 2013 Genesis Coupe 3.8 Track. I think it handles just a bit better than the 370Z with a bit more interior room and has a far better warranty. But I?d make damn sure to order the Genesis Coupe 3.8 with the six-speed manual. 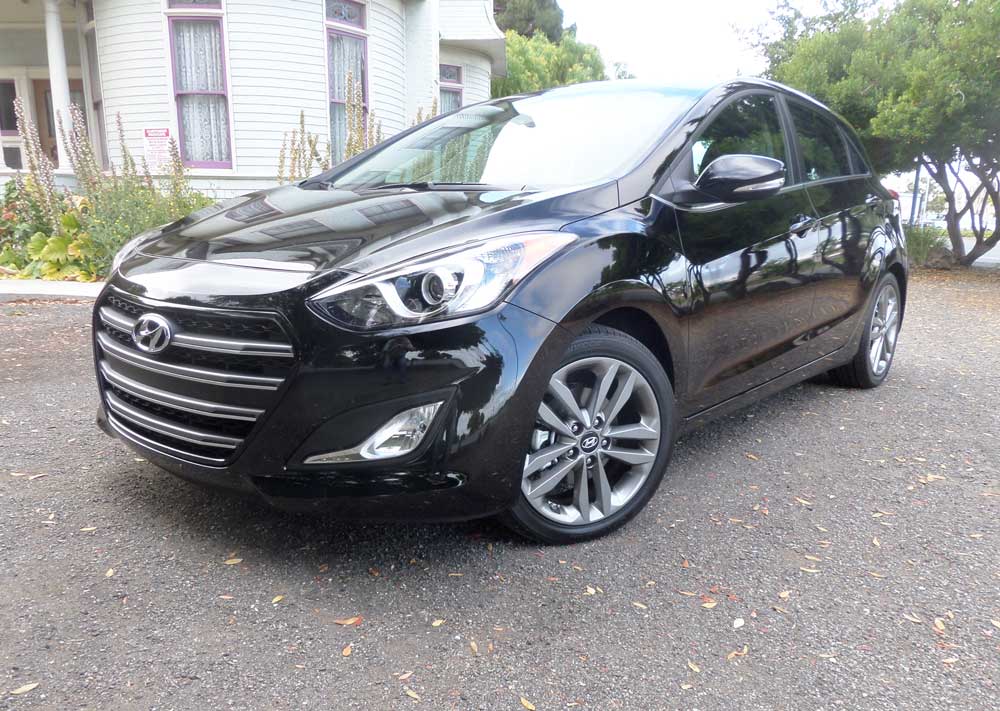