Ford?s mid-size Fusion sedan has been completely redesigned for the 2013 model year, with styling cues reminiscent of an early Taurus from the rear and with an Aston Martin influence up front. All Fusion models are visually identical except for badging.

In addition to the fresh new overall appearance, this latest Fusion will be offered in? three levels of trim: S; SE; and Titanium.? The base S model includes SYNC? with MyFord?, one-touch up/down powers windows and Select Shift. The S model pricing is the SAME to that of the 2012 S model with an automatic transmission but with $600 more standard equipment. Next, is the SE, which is expected to be the most popular package available, with several powertrain options. Features include all of the content included in the S, with the addition of 17-inch aluminum wheels, 10-way power driver seat with power lumbar, a SecuriCode? keypad, SIRIUS? Satellite Radio, and heated exterior mirrors with signal indicators and puddle lamps. Leather and Auto Start-Stop are available on SE 1.6-liter powered vehicles, and the SE Hybrid which is SE trim based, starts at $27,995, which is $1,575 less than the outgoing model; while adding $2,330 of value in extra equipment. A plug-in hybrid, the Fusion Energi will be available soon. 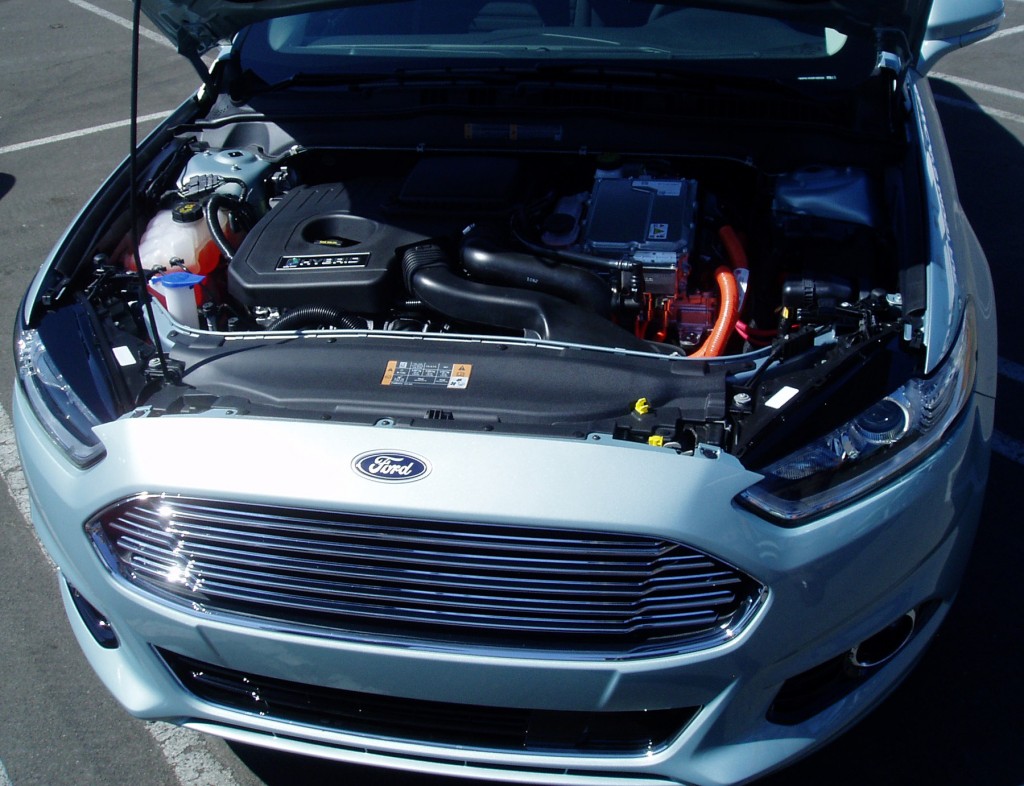 The 2.5-liter features sequential, electronic multiport fuel injection while the 1.6-liter engines are Gasoline Direct Injection. Transmission choices offered include: a six-speed manual available on the 1.6-liter, a 6 speed automatic; and a HF35 eCVT hybrid powersplit transaxle for the Hybrid. 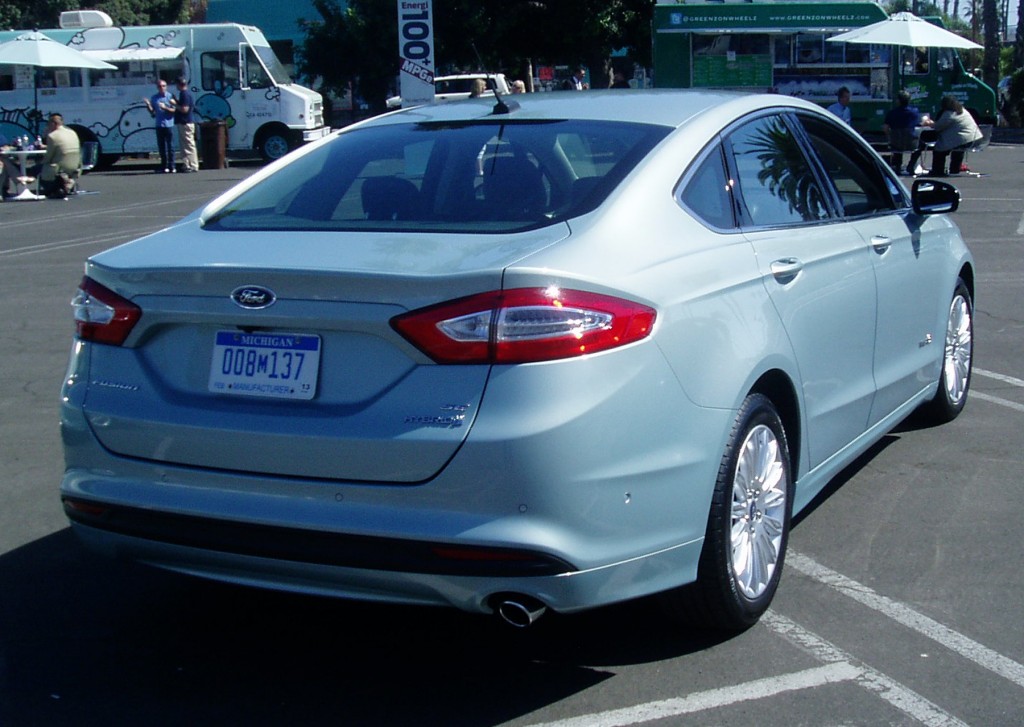 The latest Fusion Hybrid comes with an all-new Lithium-ion battery pack that?s 25 to 30 percent smaller and 50 percent lighter, which raises the maximum speed when running under electric power only from 47 mph to 62 mph, while offering 141 horsepower and 129 pound feet of torque. The Hybrid is available in both SE and Titanium trim levels. Hybrid owners will benefit from a more connected driving experience through? a unique instrument cluster that features a SmartGauge? with EcoGuide, and coaches them to maximize fuel efficiency. The panel consists of full-color, liquid crystal display screens that appear on either side of the analog speedometer that may be configures to show different levels of data including fuel and battery power levels, as well as average and instant miles per gallon. Graphic leaves and vines grow in a display, tracking driving efficiency.

During the national Fusion press launch program I was able to experience the New Fusion Hybrid in real world conditions – everything from congested commute traffic to freeway driving. My test Fusion Hybrid sported an Ice Storm Blue metallic exterior finish, with a black interior. The base sticker was set at $27,200, while the options, which included: the Technology Package; Navigation; Reverse sensing system; and adaptive Cruise Control, elevated the final total of $30,975 with Destination and Handling. I also drove an SE level Fusion with the 1.6-liter Ti-VCT GTDI EcoBoost engine and 6-speed manual, finished outside in Sterling Gray metallic and inside in Charcoal Black Cloth with a base price of $23,700 and a final sticker of $26,040 with options and Destination and Handling. 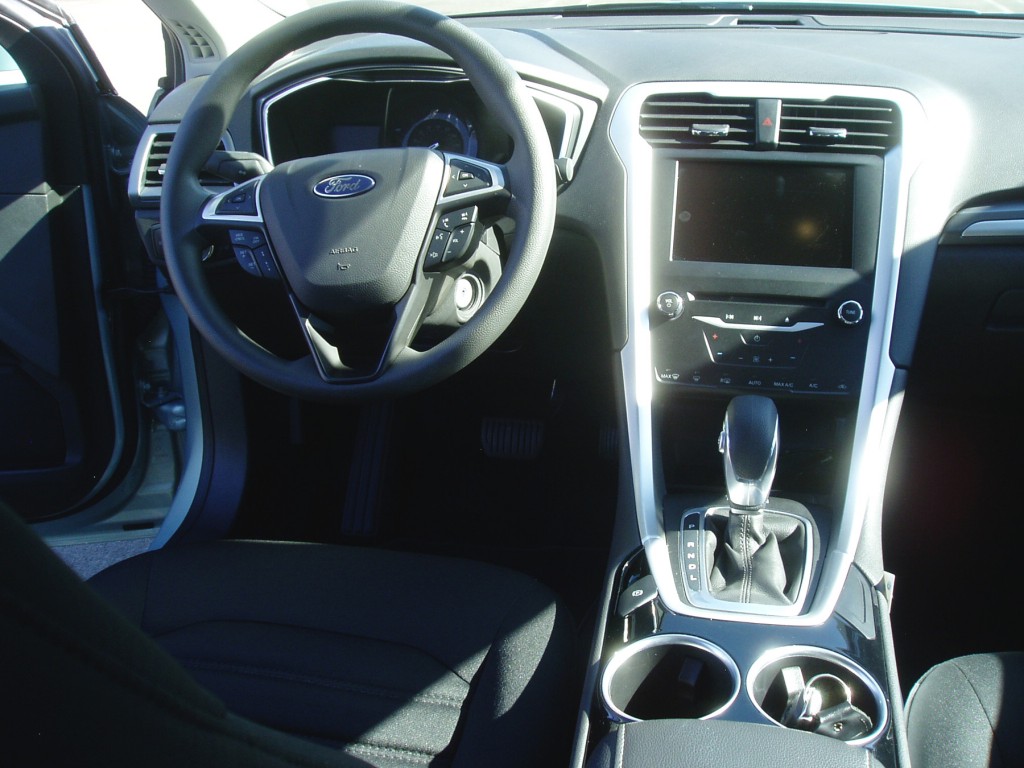 SUMMARY: ?Driving the 2013 Ford Fusion Hybrid is actually no different from piloting a conventionally fueled Fusion, other than the notably improved fuel economy and the fact that the gasoline engine shuts off when it?s not needed.

Acceleration is not really noticeably different from the other engine variant Fusions, and the ride quality and handling characteristics are nearly identical. Braking feels totally normal, except that it is regenerative, restoring energy to the battery cells when applying brake pressure or when coasting.

For those who would rather not own a Hybrid, the Auto Start-Stop Technology that?s available on the 1.6-liter EcoBoost powered Fusion is a $295. option that can recover the cost in fuel savings in less than 18 months, based on an average savings of 3.5 percent overall and 10 percent better fuel efficiency in city driving. The system may be turned off manually to compensate for varying climate conditions. 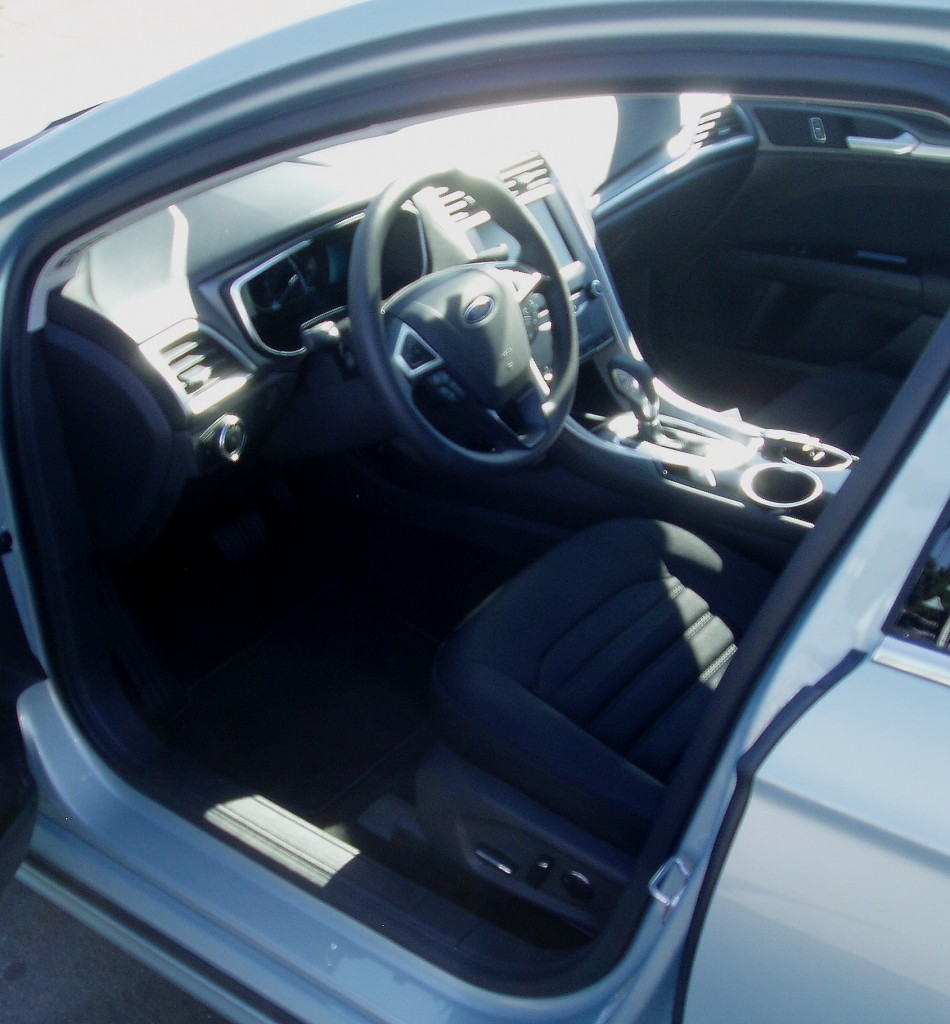 Bottom line, the 2013 Ford Fusion is a great looking midsize sedan that is efficient to operate and comfortable to ride in. It is also pleasant to drive, and reasonably priced, with sensible choices in features and equipment to suit a broad range of consumers. In any case, the Fusion Hybrid is at the top of its game and outperforms many competitors in its class. 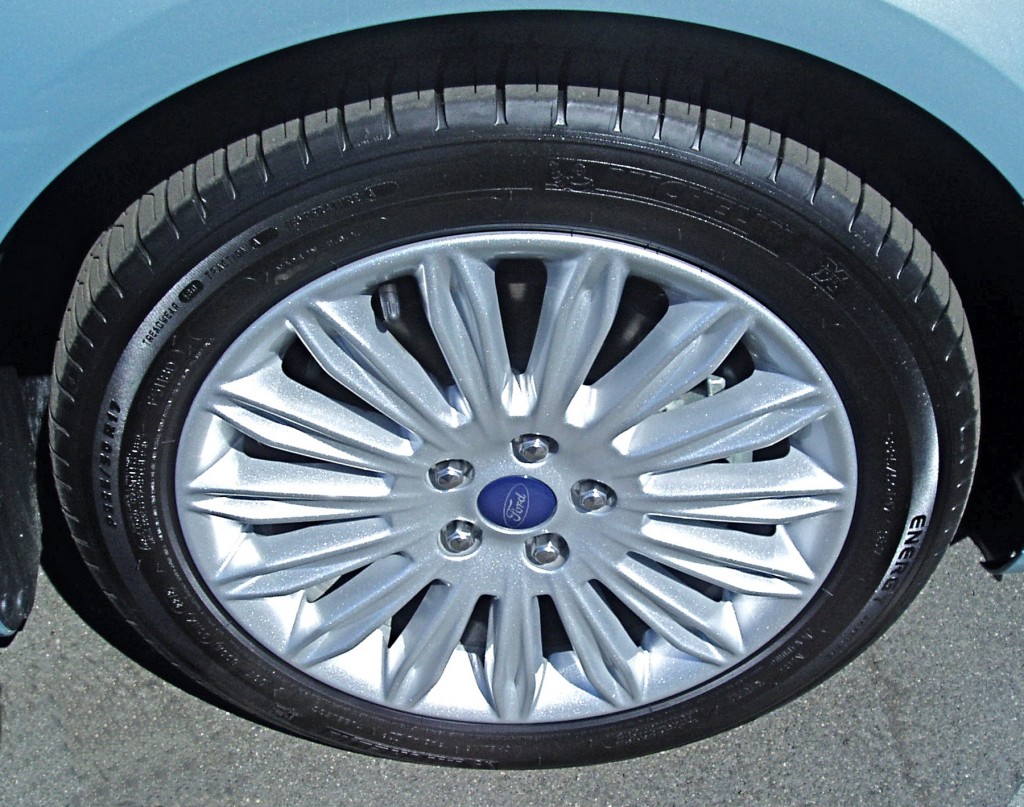 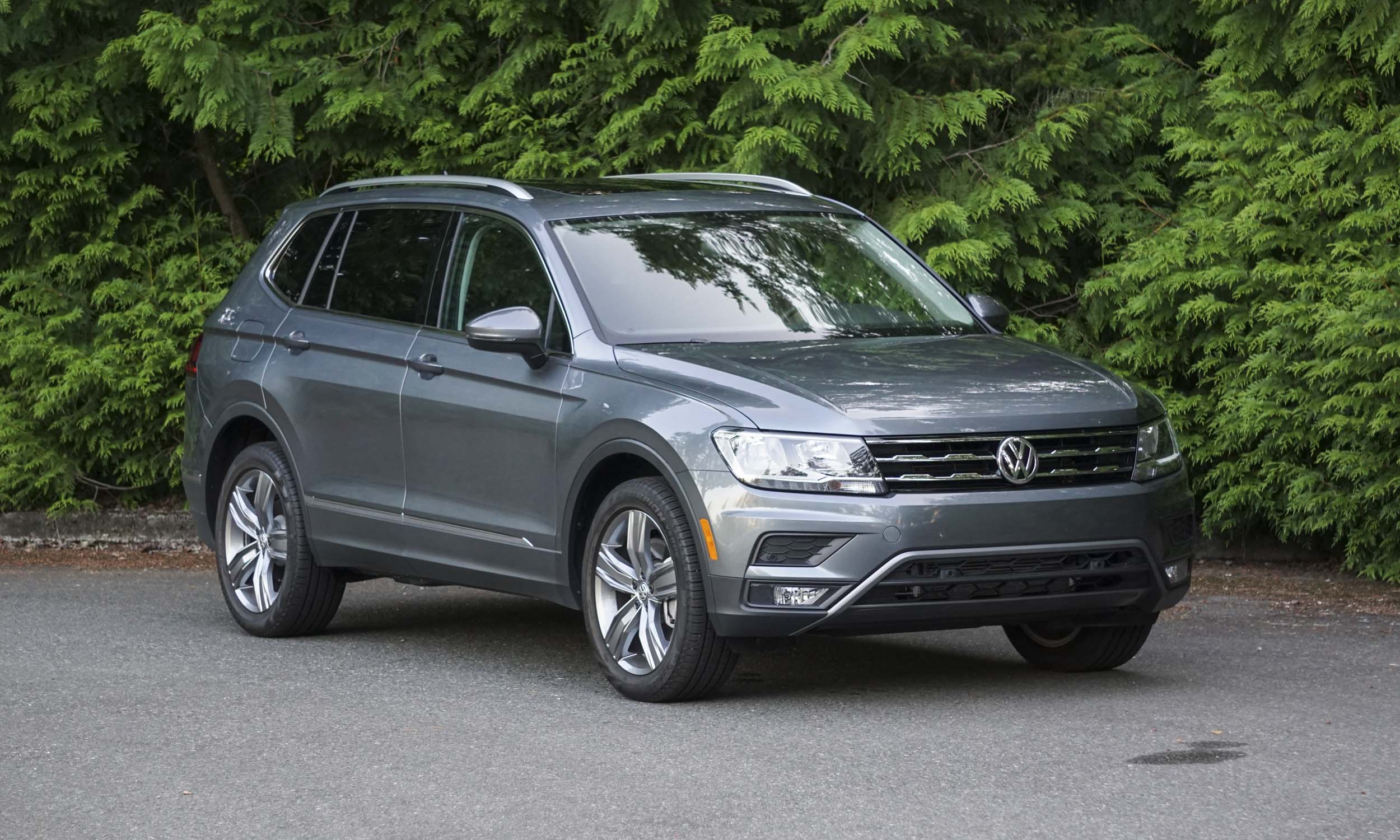 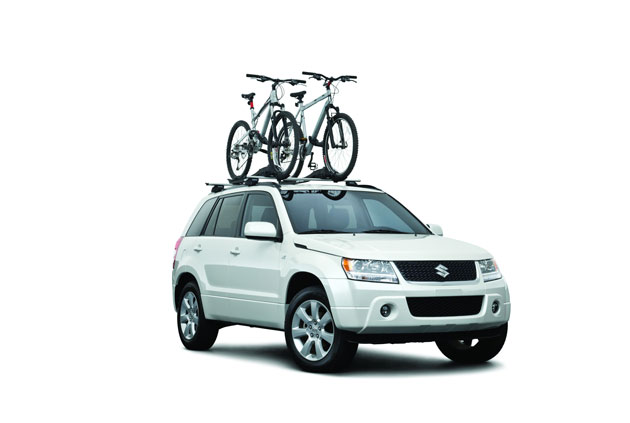