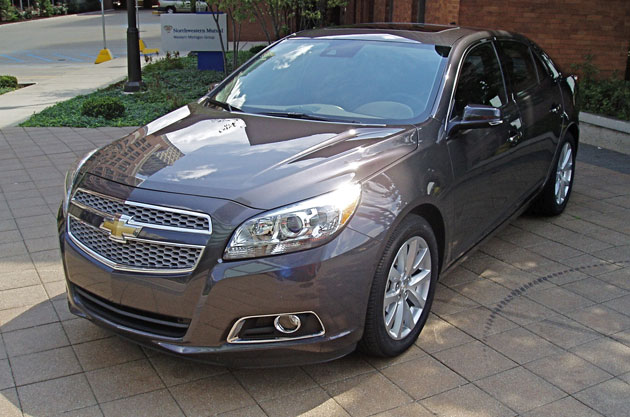 ?Grand Rapids, MI – The Bow-Tie team from General Motors initially introduced an impressive stable of Malibu models with a total of three engines and four trim levels for the 2013 model year. The first eighth generation Malibu to appear in the marketplace was the Eco model. The Malibu Eco was the first Chevrolet to feature GM?s eAssist? fuel-saving technology – a mild hybrid system, in what? was also Chevrolet ?s first global mid-size sedan.

The Malibu Eco drew its motive force from the same unique powerplant combination propelling Buick?s e-Assist? LaCrosse, – a 2.4-liter Ecotec DOHC, 16-valve inline four-cylinder Direct Injection engine along with an advanced 115V lithium-ion battery and latest-generation 15-kW belt-driven, liquid-cooled motor-generator unit that benefits from regenerative braking with up to 15 horsepower and 15kW of electricity to charge the battery. The gasoline fueled engine delivers 182 horsepower at 6,700 rpm, along with 172 pound feet of torque, while the motor generator cranks out the Kw equivalent of 136 horses and the Nm equivalent of 233 pound feet of torque. Monitoring the driving force to the front wheels is a second-generation Hydra-Matic 6T40 six-speed automatic transmission. 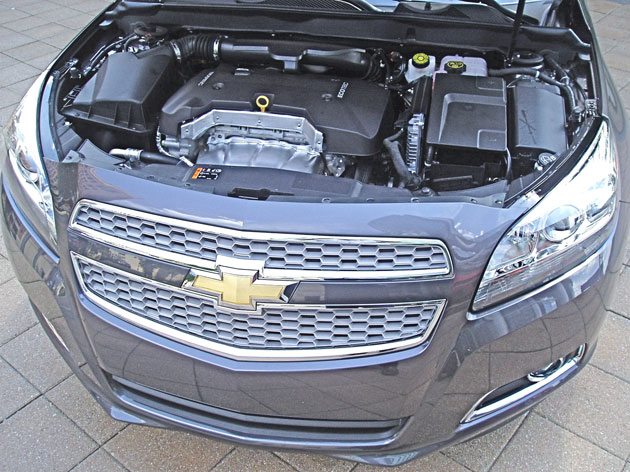 The Eco represents its own specific Malibu trim level, with other trim levels following. The latest addition to the Maliby line is a 2.5-liter Ecotec, DOHC, 16-valve inline four-cylinder with VVT, with high-pressure Direct Injection and electronic throttle control that cranks out 197 horsepower at 6,300 rpm along with 191 pound feet of torque at 4,400 rpm. The new engine offering mates to next generation Hydra-Matic 6T40 six-speed automatic transmission. Another engine variant is scheduled to appear on the scene at a later date – a 2.0-liter turbocharged four-cylinder engine. 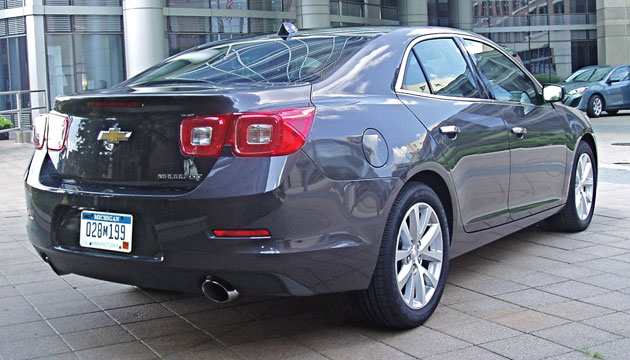 In terms of its visual appeal, the 2013 Chevrolet Malibu is by far, the best looking Malibu to date, displaying a new, aerodynamically efficient form. Up front is a new mesh-type dual port upper grille displaying a cross bar wearing the Bowtie logo, positioned above a unique lower grille that features active aero shutters controlling airflow to the powertrain along with improving aerodynamics. The grilles are flanked by accentuating character lines and wraparound, projector-type HID headlamps. The hood displays strong definitive lines that integrate with the ?A? pillar and sharply angled windshield. The Greenhouse gracefully curves?into the backlight and suggests a coupe-like profile with its blacked-out ?B? pillar and chrome trim surrounding the glass area. The ?C? pillar or sail panel flows into?the raised rear deck and integrated trunk lid spoiler. The rear also showcases sculpted character lines and Camaro-inspired LED dual element taillamps. Stylish alloy wheels add to the Malibu?s sporty profile.

The interior is now roomier and more refined with a greater emphasis on craftsmanship, fit and finish. The cabin features metallic, chrome or wood accents located around the shifter, surrounding the center stack, around the instrument cluster and on the doors and steering wheel. Soft, ice blue ambient lighting reflects off of and complements chrome accents and ensures even, consistent illumination along the instrument panel, in storage pockets and on the center stack dials. French contrast stitching, soft-touch and textured surfaces, and strategic applications of noise-deadening materials add to Malibu?s interior refinement. The dual cockpit design is all new and more spacious, with nearly 4 additional cubic feet than before, thanks to the car?s increased dimensions. 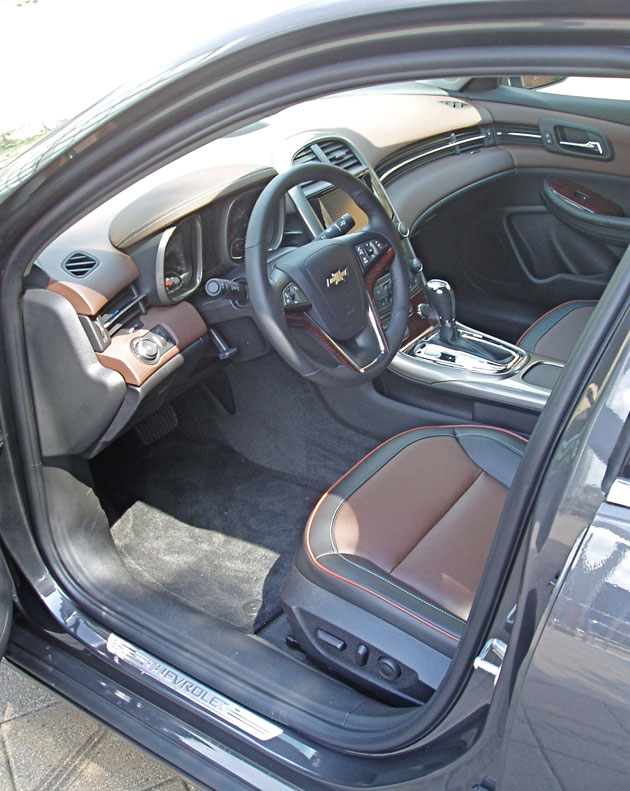 The new Malibu comes with a wider stance and broad shoulders that bring it a new athleticism, providing a more aggressive presence. The new Malibu also has a 4.5-inch shorter wheelbase and 62-inch front and rear tracks that are more than 2 inches wider than the model it replaces. It?s also slipperier, with a drag coefficient of .30.

My test 2013 Malibu 1 LZ was finished outside in *Crystal Red Tintcoat, with a Black and Brownstone fashion trim interior. The base price was set at $27,830. while adding: Electronics and Entertainment Package; Advanced Safety Package; Crystal Red Tintcoat; Black/Brownstone Fashion Trim; and Destination and Delivery charge elevated the final total to $31,360.

SUMMARY: The 2013 Chevrolet Malibu delivers the ride and handling of a premium sedan in a well-equipped and affordable package, even when fully loaded with options. In addition to being the best-looking and most appealing Malibu yet, it is also the most fuel-efficient ever. The big news of course is the new 2.5-liter DOHC, direct injected four-cylinder engine that weighs less, is more fuel efficient, and is expected to replace the existing 2.4-liter four banger, which currently mates to the Eco model?s e-Assist technology. Will there be a 2.5-liter e-Assist? It certainly seems imminent, but no official word yet. 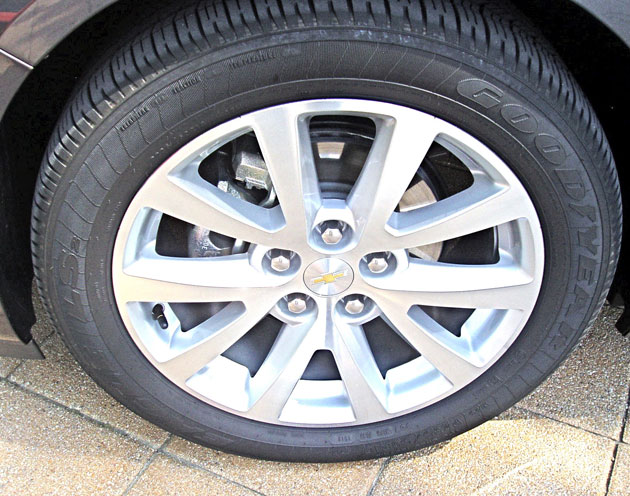 The ride quality is compliant and comfortable and acceleration is surprising for a non-turbo, four-cylinder-powered sedan. The 2.5-liter engine is also surprisingly quiet. Handling characteristics border on sporty, delivering a satisfactory on-center feel. Controls and switchgear are logically positioned for optimum user-friendliness and outward visibility is very good.

The new Chevrolet Malibu will be sold in nearly 100 countries on six continents, with the Eco model available only in North America. Malibu will be assembled in Fairfax, Kansas and Detroit?s Hamtramck, Michigan plants and is on sale now. It should compete quite well in the marketplace with Honda?s Accord, Hyundai?s Sonata and Toyota?s Camry. Malibu is the longest-running nameplate in the midsize category covering eight generations, with over 8.5 million built in the U.S, since its 1964 debut. 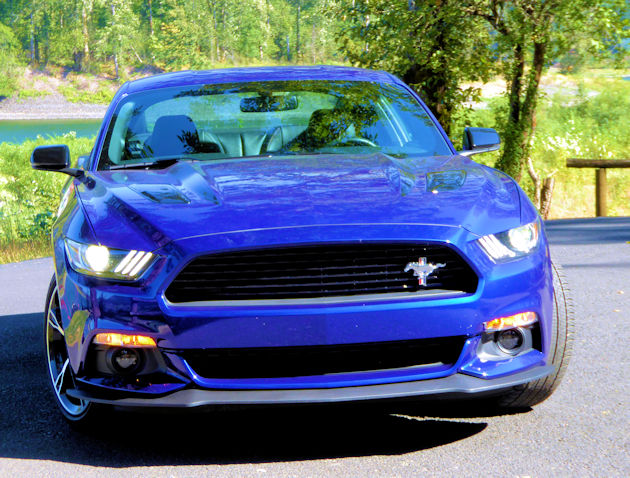 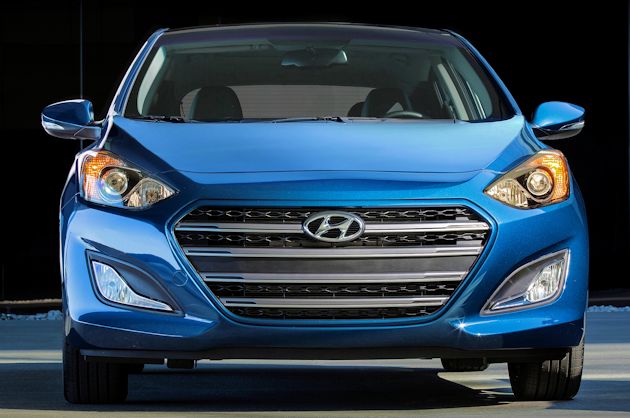