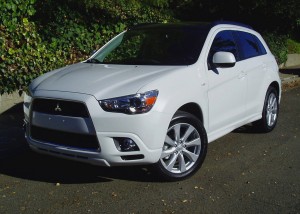 Mitsubishi?s second generation Outlander bowed as a 2007 model, growing in stature, based on a performance-engineered global platform that also served as the foundation for the next-generation Lancer and Lancer Evolution models. Originally, all second generation Outlander versions drew their motive power exclusively from a new 3.0-liter, SOHC, 24-valve, aluminum MIVEC V-6 engine, connected to a six-speed Sportronic? automatic transmission. The engine delivered 220 horsepower along with 204 pound feet of torque. A new engine option, which became available in 2010 ? a 2.4-liter MIVEC in-line four cylinder DOHC, develops168 horsepower engine that also delivers 167 pound feet of torque. The updated and refined 3.0-liter MIVEC V6 now delivers 230 horses at 6,250 rpm, along with 215 pound feet of torque at 3,750 rpm.

Outlander?s lineup for 2012 displays the same aggressively styled exterior as last year?s models, still consisting of four trim levels: a value-priced ES 2WD; a well-equipped SE 2WD model that replaced the earlier LS trim; a 4WD SE version, and finally, the top-of-the-line GT. Which is available in either a FWD or 4WD (AWC for All Wheel Control) configuration, with ASTC and a tuned 4-wheel independent suspension along with an aluminum roof that aids in lowering the center of gravity. Transmission choices are: a Sportronic CVT automatic for ES and SE models or a Sportronic 6-speed automatic with Idle-Neutral Logic as standard on GT trim levels. To muddy the waters a bit, a new Outlander Sport appeared on the scene last year, but was a different vehicle altogether. Based on the same wheelbase, the Outlander Sport is slightly smaller overall than the regular Outlander, and weighs in at roughly 500 pounds less, making it more agile.

The 2012 Outlander Sport is available in two trim levels: a base ES model; and SE trim ? available in either 2WD or 4WD? (AWC). There is no third row seat option for the Sport models, and all are still powered exclusively by a 2.0-liter DOHC, 16-valve MIVEC inline four-cylinder engine with MPI fuel injection, which delivers 148 horsepower at 6,000 rpm along with 145 pound feet of torque at 4,200 rpm. The engine is positioned up front in an East/West orientation, driving either the front or all four wheels, depending upon the trim level chosen. Transmission choices include: either a 5-speed manual (ES only) or an INVECS-III Sportronic? continuously variable transmission (CVT) for the SE, with steering column mounted paddle shifters. 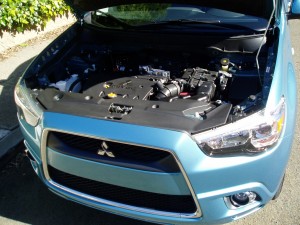 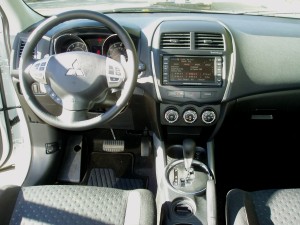 My most recent Mitsubishi test vehicle was a 2012 Outlander Sport FWD model in SE trim, with the CVT gearbox. The exterior finish was executed in Diamond White Pearl metallic, with the interior executed in Black. The base price was set at $21,995. while adding the Premium Package and Navigation System with Rear View camera along with the Destination and Handling charges bumped the final sticker amount to $26,855. 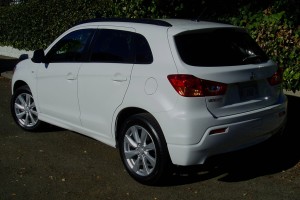 The Outlander Sport SE is financially attainable for a wide range of consumers thanks to its broad price range across the model lineup with lots of choices available. The optional equipment packages are also reasonably priced, allowing consumers to personally equip their selected Outlander Sport model to best fulfill their requirements and desires. Oh, and the Outlander Sport is more fuel-efficient as well. Improvements for the 2012 model year include: improved engine noise insulation; a recalibrated CVT transmission; enhanced interior trim elements for SE trim models; stylish new wheel options; and a new rearview camera system. 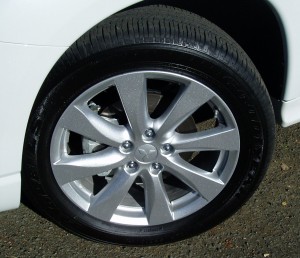 Should you be in the market for a more compact crossover, the 2012 Outlander Sport may prove to be your cup-of-tea, and should you wish to travel in snowy or mild off-road scenarios, you may want to opt for the AWD version. 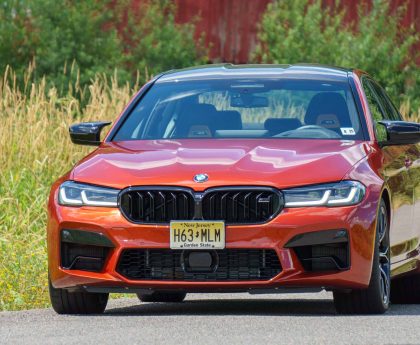