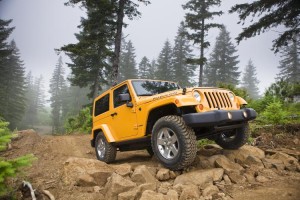 The 2012 Jeep Wrangler Unlimited is one of the five vehicles currently on sale that I would actually buy. This is no small feat for a Chrysler product to hit the top of my wish list. Before the government bailout, I would never have even considered a Chrysler product.

For 2012, the Jeep Wrangler receives several updates, most notably to the drive train. It has been fitted with the 3.6-liter Pentastar V6 and an optional 5-speed automatic transmission.

For most any other automaker, the move from a 3.8-liter to a 3.6-liter V6 isn?t very newsworthy or exciting. Out with the old and in with the new. But for Chrysler and Jeep, it?s a bit more significant.

The outgoing motor stands as a stark reminder of the old, pre-bailout Chrysler. For years, a 4-liter inline six-cylinder engine famously powered most Jeep products. It was powerful and reliable.

But eventually the old 4-liter just couldn?t be tweaked enough to meet increasingly stringent emissions requirements so it had to be replaced. With nothing much better in the pipelines, Chrysler looked through its spare parts bin and found a 3.8-liter minivan motor that would fit, bolted it in, and sold it. Essentially ruining the Wrangler. It was still amazing off-road but it lacked soul, which was the one thing Wrangler had above any of its competitors. 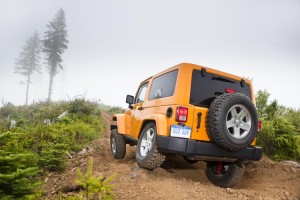 Fortunately we?re past all that now. Chrysler was bailed out and picked up by Italian auto giant Fiat. And we finally get to see release of all those decades of pent-up passion. We get marvelous things like the Pentastar and the re-birth of the soulful Wrangler.

The old 3.8 V6 had 202 horsepower and 237 foot-pounds of torque. It was slow and gas-thirsty. In stark contrast, the Pentastar has 285 hp and 260 ftlbs. And for the first time ever, the Wrangler achieves 21 miles-per-gallon. 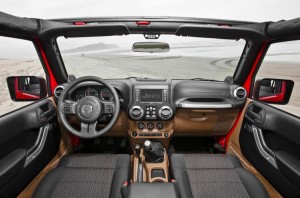 Inside, the interior has greatly improved as well. Unlike Jeeps of old, the interior in the 2012 feels solid, well made, and it seems like someone actually took the time to think through cabin materials and layout.

On the outside they?ve also made the Wrangler more appealing and approachable. Jeep is rolling out a hand-full of fun new colors (my favorite is ?Dozer?) and You can now get a body-colored hardtop to match. The Wrangler now looks more solid and, with a body-colored roof, not as pieced together. The Wrangler finally looks finished.

To me, the Wrangler Unlimited is the ultimate American vehicle. It has distinctive good looks. Its off-road prowess is stronger than ever. And not only will it virtually drive itself over any obstacle you throw in its path, it?ll also get your kids to and from school with ease and comfort. You can drive it to the mountain or you can take it out on date-night without appearing out of place on either outing.

What?s astonishing is that it only took a few upgrades to bring the Wrangler up to contender status. Proving any bad car isn?t actually too far from stardom?at least when it?s got the kind of pedigree that the Wrangler shares.

Ultimately, I couldn?t be happier or prouder of Jeep and Chrysler. They were given a new life and have taken it by the horns, proving the American auto industry isn?t dead. And I can?t wait to see what they build next. 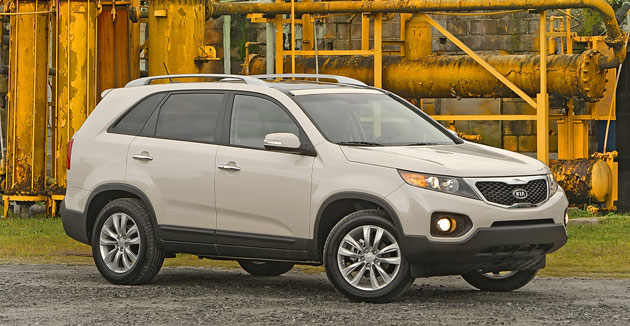