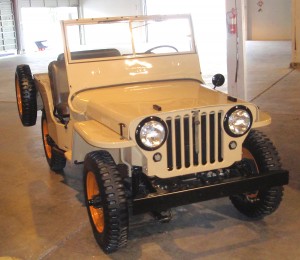 First of all, what is a Jeep?? The jury is still out on where the name Jeep? actually came from ? some say that the name was derived from slurring ?GP?, which was the military abbreviation for ?General Purpose?, while others claim that the vehicle was named after a popular Popeye cartoon strip character, ?Eugene the Jeep?. However it got its name or wherever it actually came from, the iconic vehicle that has come to be known as the Jeep, began its life in military?service.

The U.S. military informed automakers in July 1940, that it needed a light reconnaissance vehicle to take the place of the Army?s motorcycles and Ford Model-T vehicles. Bids were invited from 135 manufacturers fro the production of such a vehicle from a lengthy list of required specifications. Initially, only Willys-Overland and the American Bantam Car Manufacturing Company were the only two to respond, but Ford Motor Company soon joined in the competition for the lucrative government contract. Each company produced prototypes for testing and delivery to the Army in the summer of 1940, and received approval for the production of 70 sample vehicles.

The Army took possession of test vehicles in November of 1940, and all exceeded the 1,300-pound weight limitation, so the Army raised the weight limitation for the next round of contracts in March, 1941. Bantam produced 1,500 Model 40 BRC vehicles, Ford built 1,500 modified and improved GP Pygmies, while Willys would build1, 500 Quads. Further testing and evaluation led to the Army selecting Willys as the primary manufacturer. The Willys Quad came first as the MA and later the MB, which both the Army and the rest of the world came to know as the Jeep? which became trademarked following the war, with plans to develop it into an off-road utility vehicle for farm use and giving birth to Jeep civilian vehicles.

The CJ-2A was the first civilian Jeep, which was produced fro four years from 1945 to 1949, but with several improvements over its military predecessor. Several other models have been produced over the years, with the first Wrangler (YJ) produced between 1987 and 1996. A TJ version Wrangler appeared from1997-2006. The (JK) Jeep Wrangler and Wrangler Unlimited began production in 2007 and have continued through the present, ever implementing progressive improvements and enhancements, but never compromising the ?go anywhere, anytime? philosophy, and maintaining the basic Jeep? design criteria. 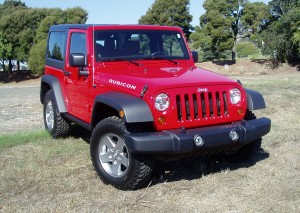 The Jeep Wrangler is the only purpose designed, continuous production vehicle?to have closely adhered to its original form for over 70 years. The Wrangler provides reconfigurable open-air freedom, along with best-in-class ground clearance, approach and departure angles, two straight axles, body-on-frame chassis architecture, a two-speed transfer case, flat panels, trapezoidal fenders, classic round headlamps and a seven-slot grille (the first Jeep, the 1941 MB actually featured a nine slot grille). Jeep Wranglers today also feature an interior that can be hosed out, and are capable of best-in-class water fording?of?up to 30?inches. 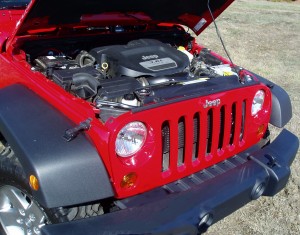 For the 2012 model year, Jeep introduces an all-new 3.6-liter, VVT DOHC, 24-valve V6 engine with sequential, multi-port, electronic, returnless fuel injection that delivers 285 horsepower at 6,400 rpm along with 260 pound feet of torque at 4,800 rpm (that?s 40 percent more power and 10 percent more torque). The engine mates to a five-speed automatic overdrive transmission that gears power to the driving wheels (a 6-speed manual gearbox is available). Both the engine and transmission are shared with the Jeep Grand Cherokee. The engine is positioned longitudinally up front, with the transmission working in conjunction with the 4WD system ? a Command-Trac? NV241 Rock-Trac?, part-time, two-speed transfer case with 2.72:1 low range gear ratio and optional Trak-Lok? limited-slip differential. 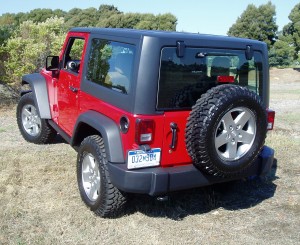 The interior was new for 2011, blending rich styling, versatility, comfort and improved feature use along with upgraded materials, automatic temperature controls, heated seats, power mirrors, coat hooks and steering wheel controls for vehicle systems. For 2012, there are also new 12-volt accessory outlets and a 115-volt AC outlet. Connectivity is provided by Uconnect? systems, including voice recognition, Bluetooth? streaming audio, navigation and Sirius/XM Satellite radio. Intuitive buttons on the front and rear of the steering wheel featuring control of a number of functions.

All Wranglers are available with a host of some two dozen safety and security features including: standard electronic stability control, electronic roll mitigation, Trailer-sway control, Hill start assist and brake traction control, along with other systems.

During the national press launch, I was able to experience both a regular Wrangler Sahara and an Unlimited Sahara. Later, I had the opportunity to pilot the 2012 Jeep Wrangler 4×4 Rubicon. It sported a Flame Red exterior with a Black top and Black and Dark Saddle leather interior. The base sticker read $29,995. while extras such as the leather-trimmed seats (heated front), Connectivity Group, Power Convenience Group, 5-speed automatic transmission, 3-piece hardtop and destination charge, kicked the final total to $34,625. 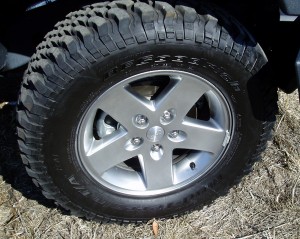 SUMMARY : ?The 2012 Jeep Wrangler 4×4 Rubicon may well be the ultimate, rugged off-road vehicle in terms of performance. Yes, there are other worthy off-roaders available in today?s marketplace, some priced less and some priced more, but who wants to take their $70,000 plus vehicle over the legendary and challenging Rubicon Trail?

The new Wrangler?s powertrain delivers a noticeably more refined ride on-road with leading off-road capability, while delivering more horsepower and torque along with improved fuel economy. Essentially, it has long been the most capable and iconic vehicle on the planet and now its even better. The approach angle is 44.3 degrees, departure angle 40.4 degrees and the breakover angle is 25.4 degrees. Front axle to ground clearance measures10.5-inches, and the rear axle to ground clearance is 10.2-inches. All of this adds up to superior off-road prowess over a challenging course designed to put the Wrangler through it paces, testing it to the limit.

I personally prefer the added convenience, versatility and functionality that the Unlimited Wrangler models provide, with four doors and added cargo capacity. For those concerned with the Unlimited?s extended wheelbase and overall length, adding a 4-inch lift and 40-inch tires provides the same breakover angle and clearance as a regular Wrangler.

In the final analysis, if you?re the adventurous type and are really serious about off-roading, you can?t go wrong with the Jeep Wrangler (which seats five) in any of its forms. Again, the Unlimited Wrangler allows for even more passenger comfort with added space for gear. With all the models and configurations available, there?s a Jeep Wrangler to suit nearly everyone?s needs and budget. 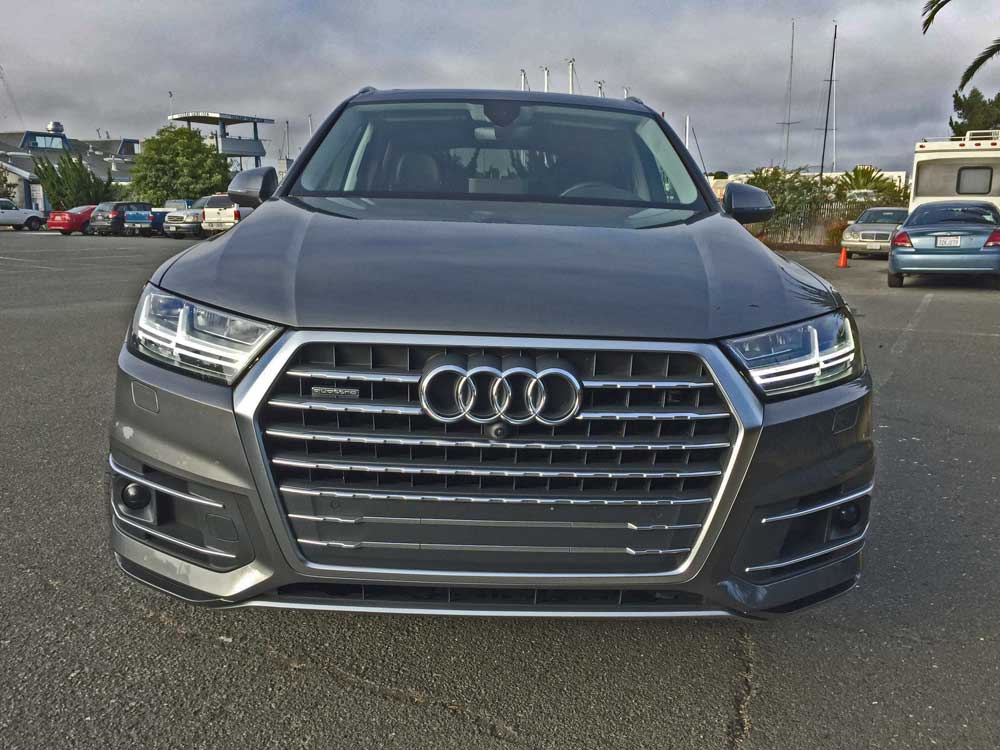 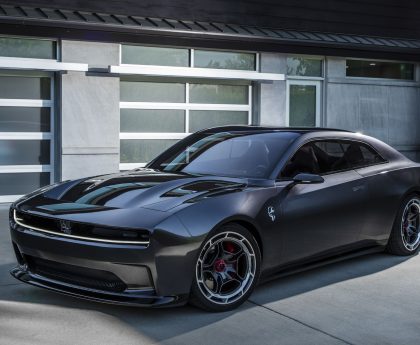