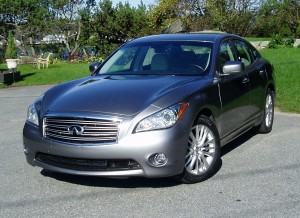 The design was skillfully blended with existing styling cues to maintain the M?s brand heritage and DNA. The form is slippery in terms of aerodynamics from the low-mounted horizontal grille flanked by Infiniti?s signature hood cut lines and headlamp shapes that flow into the pronounced, high front fender wells and strong shoulder character line. A definitive rocker cut-line pulls the entire car?s form into a lower, more sinister stance, displaying genuine rear-wheel drive proportions with its long hood and short deck.

The M-Line sits lower and is wider, showcasing a more athletic overall image, with improved proportions that allow it to retain class-leading interior and cargo volume, and despite the redesign, the 2011 Infiniti M is nearly the same in terms of weight, compared to the previous generation, ranging from a loss of 6 pounds in the M37 to a gain of only 100 pounds for the M56X. 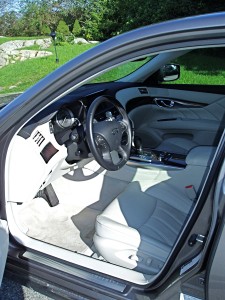 The interior was all-new as well, with a theme that managed to reflect the exterior?s premium image and dynamicism. Old-world-style craftsmanship is apparent in the center cluster flow and the attention to detail in door panels, switchgear and the shift panel. Interior switches are all-new, and specially selected materials generate a warm and welcoming ambience. The use of genuine Japanese Ash wood trim is still standard, with White Ash, hand-buffed with a silver powder finish optionally available as part of a Deluxe Touring Package (itself optionally available), which also features special semi-analine leather, a suede-like headliner and power rear sunshade.

The 2012 Infiniti M will still be available in 4 basic models, defined by engine size and drive configuration. The base model is the M37, followed by the M37X, the M56, and finally the M56X. The M37 is rear-wheel drive, while the M37X features Infiniti?s intelligent All-Wheel drive. 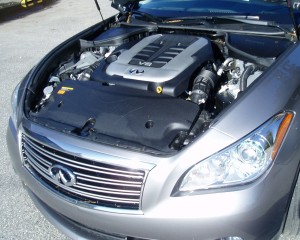 The 2012 Infiniti M factory-installed package list includes; the $3,350 Premium Package ? optional for M37, standard for M56; $3,800 Deluxe Touring Package; and the $3,000 Technology Package. There are also several Port-installed options that may be selected for added vehicle personalization. Other enhancements for 2012 Infiniti M models include the addition of a new 18-inch wheel package, the combining of the previous M56 Sport and Sport Touring Packages into a single Sport Package, and the availability of the Graphite interior for models equipped with the Deluxe Touring Package.

The M56 obviously cranks out considerably more power and provides added amenities, while the M37 S would prove to be an ideal vehicle for the majority of consumers, that cranking out plenty of power, yielding outstanding acceleration and superb handling characteristics –? particularly with the 4-Wheel Active Steering, which really isn?t readily discernable.

Both the M37 and M56 haul the mail with impressive aplomb, while holding the road surface tenaciously and remaining flat and stable over challenging, twisty roads. Both are equally pleasant to pilot in more sedate freeway scenarios.

My latest test M-Line Infiniti was the M56 finished outside in Platinum Graphite metallic and inside in a Stone and Charcoal theme with the Silver infused wood trim accents. The base price was set at $59,100 while optional fare bumped the final sticker to $68,435. It?s not inexpensive, but it certainly seems like an excellent value given the features and equipment content.

Bottom line, it?s no stretch to summarize that the team at Infiniti have done their homework well, and as a result, have successfully achieved the goals that were ambitiously set. The M in any of its forms, proves itself to be a rewarding, safe and secure mid-luxury sedan to pilot in virtually any situation. I certainly enjoyed piloting it about in the grandeur of Maine while enjoying the intake of lobstah in several of its culinary forms. 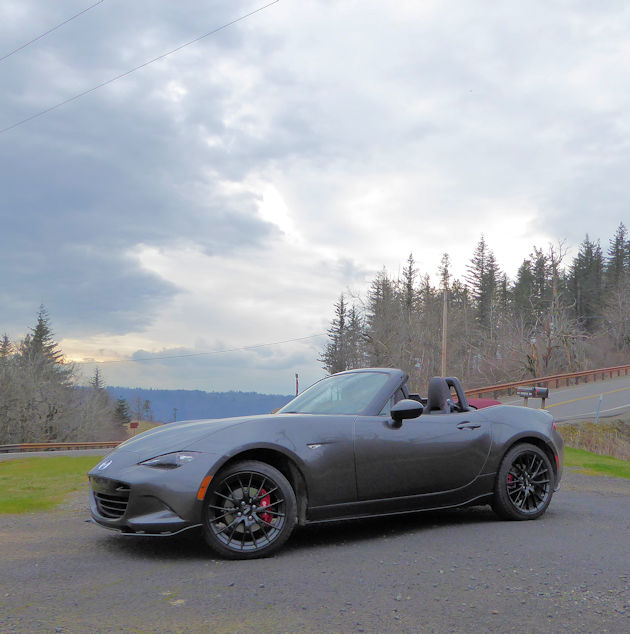 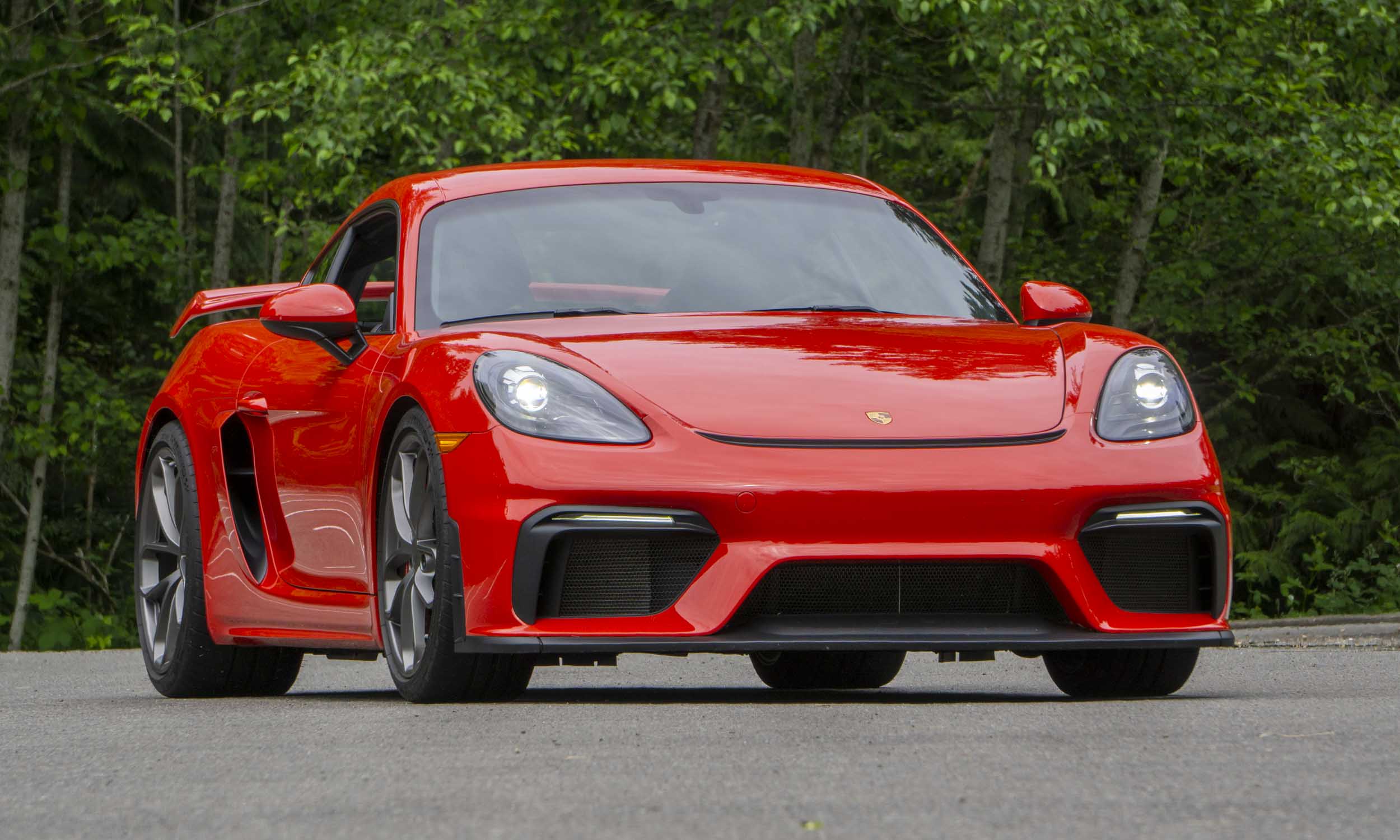