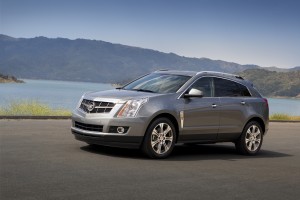 Santa Barbara — With Cadillac?s well-earned reputation the last few years for cutting-edge styling and world class performance it seemed fitting that the SRX crossover get some enhancements to set it even further apart from competitors. ?

The most significant change for 2012 Cadillac SRX is an engine transplant.? It?s not that the original two V-6 engine choices were lethargic or inefficient, I think it?s more that GM happens to have this good new 3.6-liter V-6 engine available — so why not use it as the only engine offered.? It?s more powerful and more efficient than the original offerings, plus by not having engine options, the building process is simpler.? The same engine is also used to power the impressive new Chevy Camaro.

The new engine is a 3.6-liter direct injection V-6 with continuously variable valve timing.? It?s rated at 308 horsepower, and when combined with the new six-speed Hydra-Matic transmission with a driver-selectable Eco mode, the front-wheel drive version gets 17 mpg city and 24 mpg highway (16/23 with the AWD). ?According to Tom Satter, the chief engineer, the new engine is 20 pound lighter, too.? The performance is good, with estimates of a 0 to 60 mph time of around 7 seconds depending on who’s doing the tests. 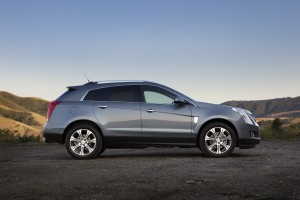 When the SRX debuted two years ago, I thought it was a real head turner, and I feel the same way today.? The styling is a distinctive application of the Cadillac Arts and Science design theme.? Very often, a new design will age quickly, but this one is as fresh and exciting today as it was when the latest SRX debuted.

The SRX shares the same platform as the Chevrolet Equinox and GMC Terrain, but there is no confusing the three.? The SRX has an exaggerated wedge shape accented by the vertical headlights and almost fin-like taillights that pay homage to Cadillac heritage.? The exterior has many subtle, but elegant design elements like the slim spoiler on the rear deck, the vent on the front fenders and the sweptback roofline. 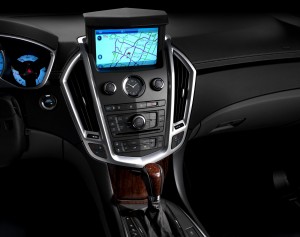 The interior is equally dramatic, with expansive horizontal lines broken by a badge-like center stack trimmed in brushed aluminum.? A small amount of elegant Sapele wood trim graces the steering wheel and shift knob.? Chic French stitching accents the dash, door panels and seats. The seats, with available heat and ventilation, are firm, comfortable, supportive and designed to hold the occupants in place during spirited driving . ??And for 2012, all models, except for the base now have a standard heated steering wheel.

The SRX crossover is available as a base model or in three collections ? Luxury, Performance and Premium.? Prices start as low as $36,060, including the destination charge, for a very well equipped base model with features like 18-inch alloy wheels, Bose audio, push-button start, Bluetooth, SiriusXM radio and OnStar.? The optional collections add features appropriate for the Luxury and Performance names, while the top-level Premium model has pretty much everything from the other collections or a higher-level of features.? The Premium model with all-wheel drive has an MSRP of $46,850, with destination charge.? Available options top the Premium price at almost $50,000.

The new SRX is very comfortable to drive.? It?s quiet, the seats are supportive, but not too hard, and I always appreciate a good heated seat.? It?s easy to get a good seating position with the eight-way adjustable power seats, the adjustable pedals and tilt/telescoping steering wheel.? The Premium version even has heated seats in the rear outside positions, and ventilated seats in the front.? I also like the well organize cargo space, which expands from 29 cubic feet to 61 cubic feet with the rear seat backs folded.? It also has a cargo management system with an adjustable cargo fence and under floor storage, and it all is hidden under the retractable cargo screen.? The liftgate is power, too, making access and closure as easy as pushing a button.

Bluetooth is standard on all models this year.? The available navigation system on the SRX rises from the top of the center stack when activated in a position that makes it very easy to see and use.? The navigation is also simple to operate using either the touch screen or by voice recognition.? The system comes with a 40-gig hard drive that has space to add your own music.

The SRX is fun to drive, behaving more like a sport sedan than crossover.? The power application is smooth and powerful with good passing power, and for people like me who like a little more control, it does have a tap-up/tap-down switch on the shifter for manual shifting.? I?d still prefer paddle shifters with the transmission, or at least being able to use the shifter to make the gear changes.? Another plus is the large 21-gallon fuel tank that gives the SRX a range of about 400 miles.

Living in the Northwest, I prefer the AWD version and it?s a nice seamless unit that is working all the time, so when a wheel slips it finds the best traction and puts the power to the ground.? It even has a system that adjusts the front axle from side to side to find the best grip. 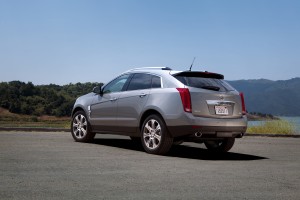 ???? I liked the Cadillac SRX when it was first ?introduced, and I like the new and improved version with the new V-6 engine even better, after all, it is the Cadillac of crossovers. 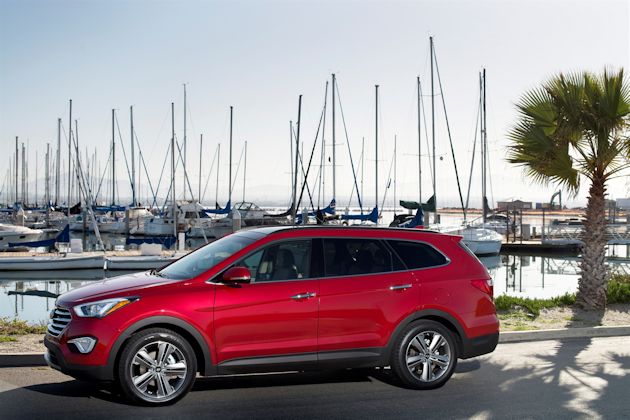