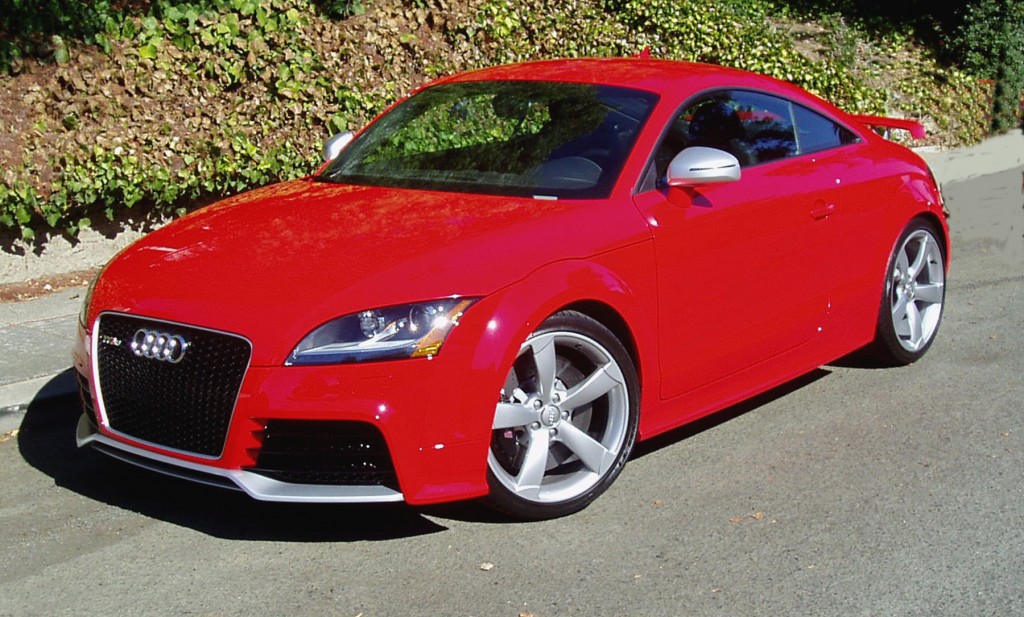 The Audi TT made its debut in autumn 1999, instantly establishing itself as an automotive icon, while at the same time, becoming a highly recognizable cult car. The original design adhered to lines of a puristic nature, reflecting the 1920s Bauhaus style, with circle and curve motifs as core elements.

The 2012 Audi TT displays geometric shapes that merge fluidly into a uniform whole.?A low, narrow greenhouse is supported by slim pillars resting on broad, prominent shoulders, while the lower body is compact in appearance, conveying a strong and confident presence. The convex and concave curves of the TT?s surfaces give it the character of a forward straining athletic sculpture.

Now, in a move much anticipated by enthusiasts, Audi of America returns the RS designation to its TT lineup as a 2012 model. The TT RS Coupe represents the cream of the TT crop. The RS nameplate is the highest performance category for all Audi vehicles, reflecting the technological achievements gained through Audi?s successful participation in the motorsports arena. 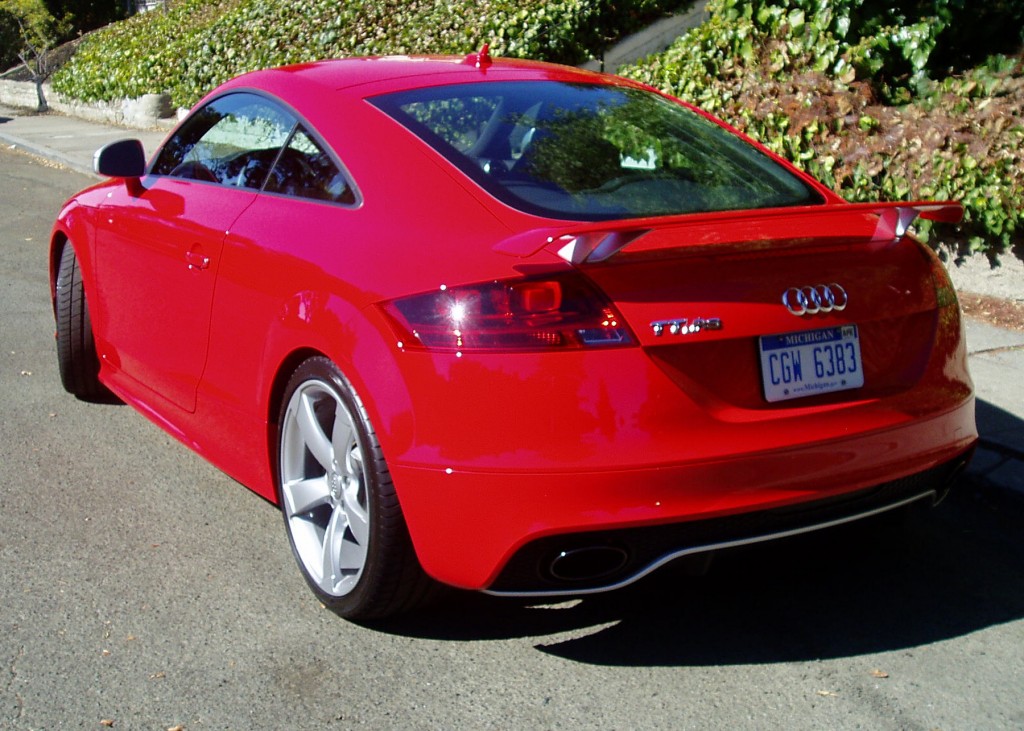 The 2012 Audi TT RS Coupe is a head turner, even when positioned in any group of high performance cars. It displays a more aggressive stance than its more mundane counterparts, and serves up a suggestion of its performance capability with the functional, rear fixed-wing spoiler.

The 2012 Audi TT RS Coupe is driven by all four wheels via Audi?s quattro all-wheel-drive system. Power is generated by Audi?s award-winning 2.5-liter, DOHC, 20-valve turbocharged, inline 5-cylinder engine with TFSI? Direct Injection and intercooler. The transversely mounted front engine makes 380 horsepower in a range from, 5,500 to 6,700 rpm, while developing 343 pound feet of torque from 1,650 to 5,400 rpm. Only a six-speed fully synchronized manual transmission is available in the TT RS.? All engine componentry is designed to withstand the extreme loads and demands of a high performance sports engine. Elements such as a forged six-bearing crankshaft, weight optimized connecting rods; sodium cooled exhaust valves and lightweight pistons with a specifically adapted ring assembly indicate the level of performance oriented engineering that?s incorporated into the?TT RS. Traveling from 0-60 mph takes a mere 4.1 seconds, making the TT RS the fastest vehicle in its class. 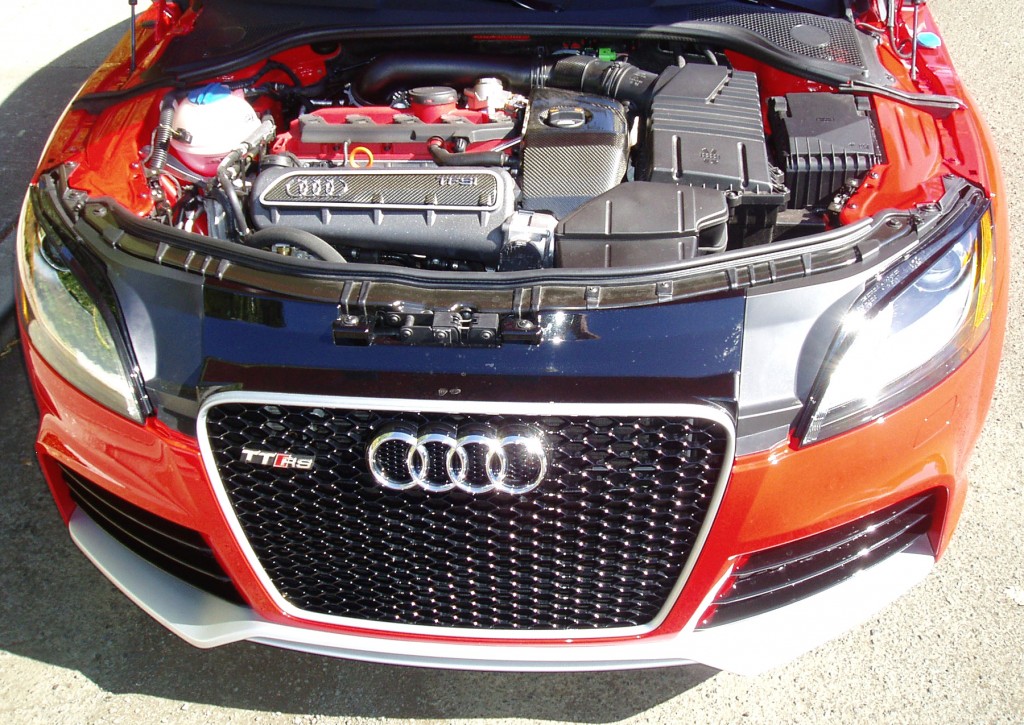 There?s also an Audi 5 RS Coupe that has bowed as a 2013 model, but it?s a totally different animal. The TT RS Coupe displays a sexier, racier, lower profile overall look with a drag coefficient of 0.32. The TT RS is also more fuel-efficient than the RS 5 Coupe which draws its motive force from a 4.2-liter V8 engine. 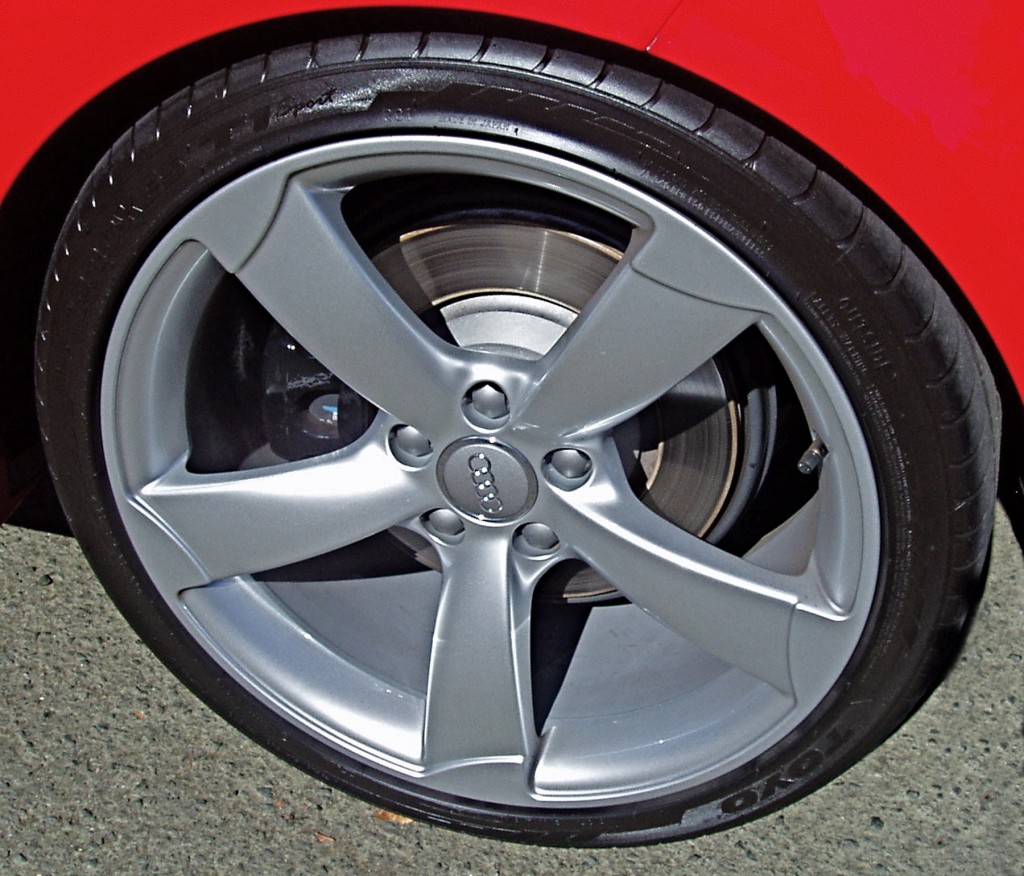 My test of the?2012 Audi TT RS Coupe sported an exterior done in Misano Red Pearl effect, with a Black interior. The base price was set at $56,650, while the special paint, Sport exhaust, aluminum matte optic exterior package and Destination charge elevated the final sticker to $60,650.

SUMMARY:? The Audi TT RS 2.5-liter TFSI quattro Coupe is a visually stunning automobile. Actually, it’s much more than that, it’s a refined sports car – in a rapid transit, 2+2 seat, hatch form with genuine athletic agility. The ride quality might prove to be on the stiff side for some luxury-oriented folks, but it works effectively in adding a high level of control and stability, and I really didn?t find it objectionable at all. Acceleration is instantly responsive, with a 0-60 mph time of 4.1 seconds. Handling is superb, and the flat-bottomed, three-spoke steering wheel adds a familiar sporty touch. The braking is outstanding, as well. 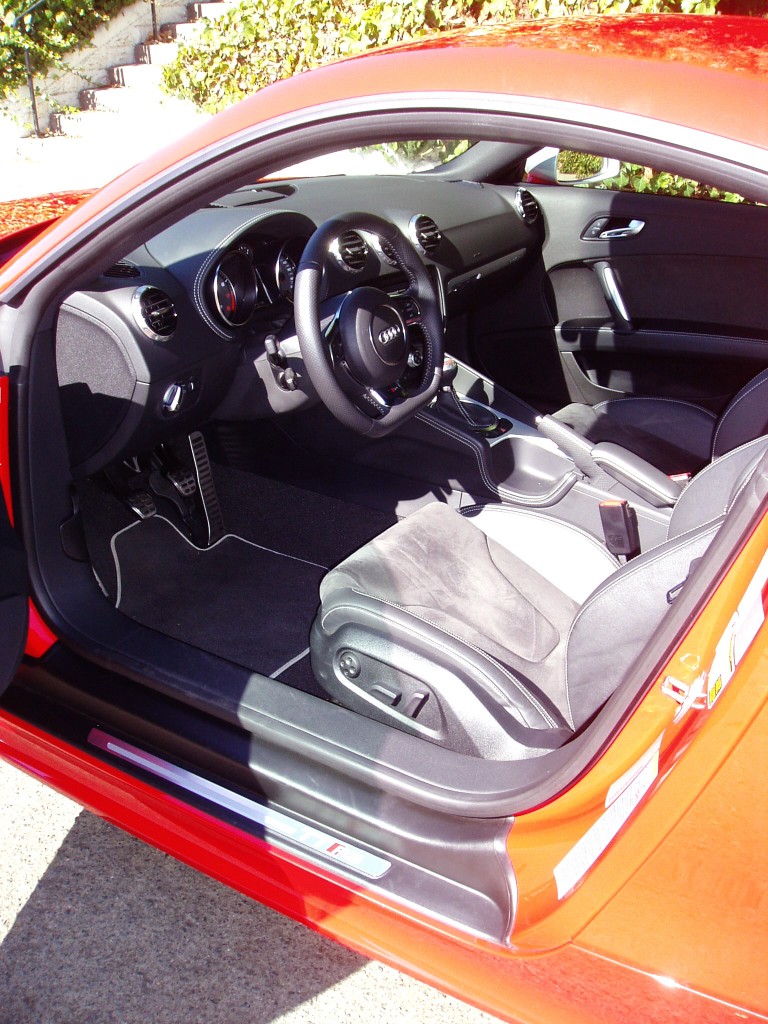 The Sport exhaust note is incredibly sweet and adds to the rush of the driving experience. A sunroof would be nice, and a Roadster version undoubtedly nicer for cruising, but the TT RS is not really in the cruiser class, even though the sculpted seats are highly supportive and at the same time, quite comfortable.

The TT RS typifies what Audi is today — a philosophical structure consisting of advanced technology, design, performance and especially emotion, and while the regular TT is intended to deliver driving fun and enjoyment, the TT RS provides much more – a race level performance capability. 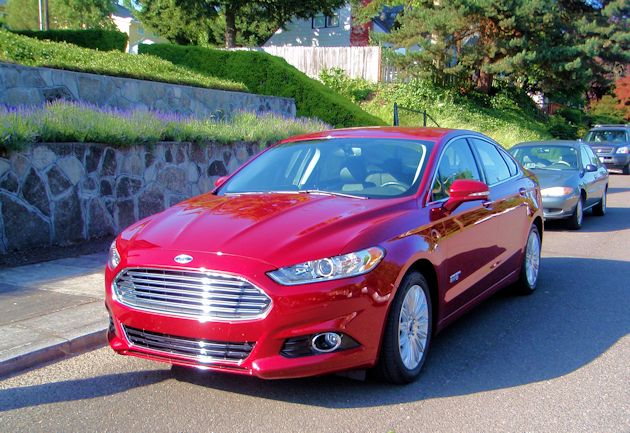 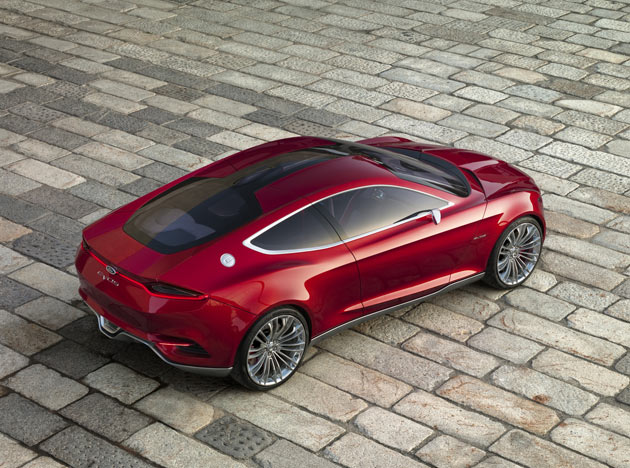