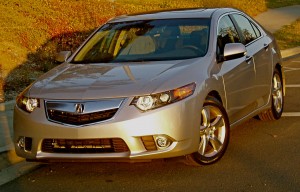 Acura added a 280 horsepower 3.5-liter V6 in 2010 to augment the already pleasing 2.4-liter DOHC, 16-valve i-VTEC inline four-cylinder, fuel-injected engine. The four-banger produces 201 horses at 7,000 rpm along with 172 pound feet of torque (170 lb.-ft. when mated to the five-speed automatic transmission) at 4,300 rpm. For 2012, both engines are still available, with the V-6 only available in the sedan body configuration.

TSX configurations include a four-door sedan and a TSX Sport Wagon, which was new last year. Both come with transversely mounted front engines and front-wheel drive. The four-cylinder equipped sedan is the only model available with a six-speed manual gearbox. Sport Wagons and V6-powered vehicles feature the five-speed automatic with Sequential SportShift and Grade Logic Control. For the 2012 model year, Acura has bowed with another variant: the TSX Special Edition, which features numerous upgrades to the exterior including: a more aggressive front spoiler, a new rear bumper fascia, unique side sills and an exclusive ?Special Edition? trunklid badge. In addition, the TSX?s 17×7.5-inch, 5-spoke aluminum wheels come with a polished finish and dark grey background, unique to the Special Edition model. The TSX Special Edition package makes use of Acura?s acclaimed K24 2.4-liter 4-cylinder engine and is available with either the close-ratio 6-speed manual or Sequential SportShift 5-speed automatic transmission. 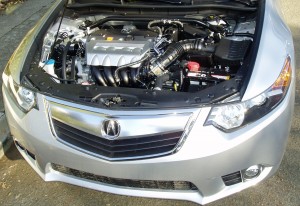 Last year?s TSX sedan benefited from a number of significant updates and refinements, including: a freshened exterior look, the addition of new features along with the implementation of advanced technology and enhancements to both the 2.4-liter inline four-cylinder and the 3.5-liter V-6 engines that served to increase fuel efficiency and engine life. Specific attention was also paid to improving overall quality and cabin quietness. In essence, the TSX sedan was better all around.

TSX updates for 2012 include even more rear cargo space for the Sport Wagon model. Replacing the safety spare tire with a new tire repair kit allows the under-floor storage area to be significantly enlarged, increasing the total rear cargo area?by 5.7 cubic feet to 66.2 cubic feet. making it the leader in rear cargo area when compared to the competitors in its class.

The TSX features Acura?s signature Keen Edge Styling. In keeping with this styling language, the designers infused crisp, dynamic elements into the exterior surface of the TSX. The aerodynamic design displays both emotion and tension with a distinctive sporty flair? reflective of a solid piece of billet material sharply chiseled into shape. Every 2012 TSX model showcases the same modifications and enhancements. 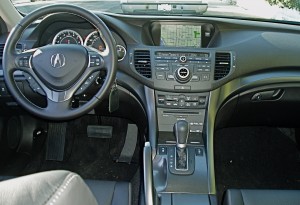 TSX interiors provide an impressive visual sense coupled with textures pleasing to the touch. Rear seat passengers benefit from heating/cooling vents mounted at the rear of the center console, with the center console cargo compartment being climate controlled. Rear seats have a 60/40 fold-down design for varied seating and cargo configurations, folding separately or together.

Last year, a Technology Package became available including: an LED backlit full VGA navigation screen generating 400-percent higher resolution than before, a navigation system with improved functions such as faster performance, improved search ability and expanded map coverage, Song By Voice?, user interface, a 60-gigabyte hard disk drive, and the ability to download 15-gigabytes of personal music to the TSX?s HDD with the ability to store more than 3,500 songs.

My test Acura TSX test vehicle was a sedan, powered by the 2.4-liter inline four-cylinder mated to the five-speed automatic transmission with Sequential SportShift and Grade Logic Control that also comes with paddle shifters. It sported a Silver Moon metallic exterior finish with a Black and charcoal interior accented by satin silver trim elements. The base price for my 5-passenger four-door Tech Package equipped sedan was set at $32,910. The final sticker came to $33,795. after adding the $885 Destination and Handling charge.

SUMMARY:? The TSX Sedan continues to be priced below Acura?s flagship TL sedan and it provided a much more pleasurable ride for my passengers (I personally didn?t mind the super-stiff suspension which added to the TL?s stability and handling prowess). The acceleration of the TSX sedans four-banger is really quite satisfactory ? much more than simply adequate, despite the fact that it had to breathe a little harder while sounding off with increased engine noise. The V6?obviously delivers more power with less effort and engine noise. V6 models weigh in at roughly 210 pounds over 4-cylinder vehicles.

Handling characteristics deliver a totally civilized but sporty feel, but certainly not as crisp, as when fitted with Acura?s SH-AWD, and I did note modest torque steer during spirited, full throttle exercises. 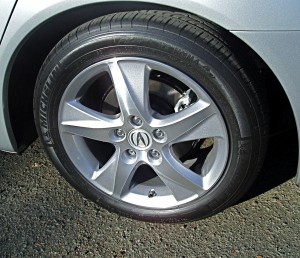 The sedan is quite nice and still seems larger than it really is and while there have been no major overall modifications, it is still quite attractive and fin to drive. The new TSX Special Edition exhibits a sportier persona if that?s your thing, but bottom line, Acura?s adherence to the ?if it ain?t broke? approach seems to work quite well. 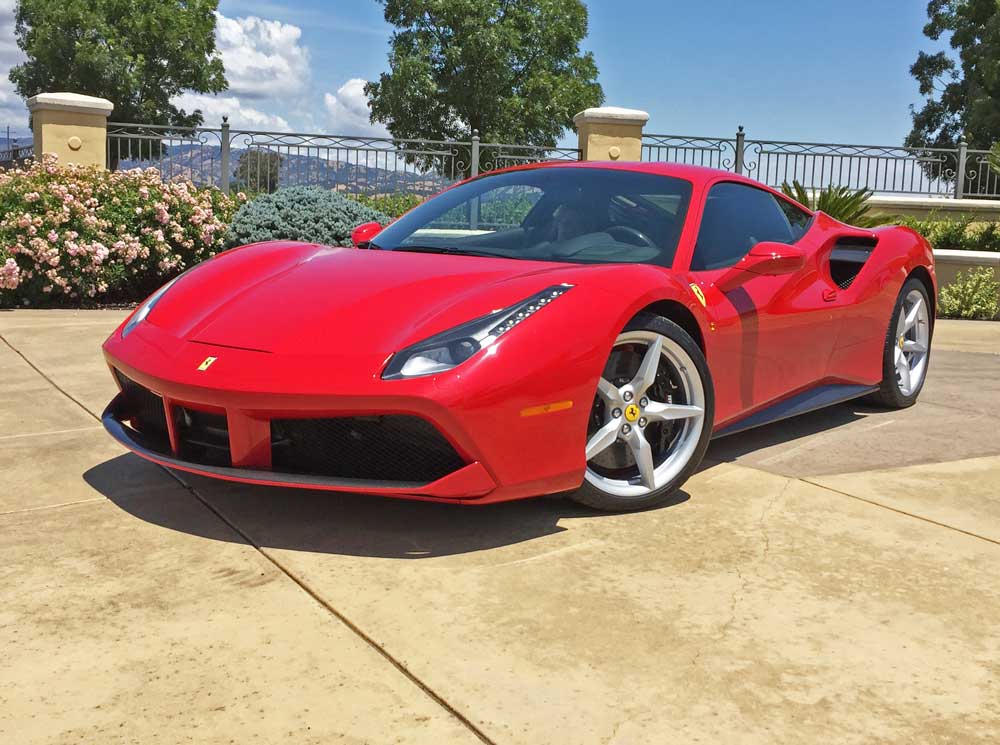