The Porsche Cayenne, in its various forms has sold more than 250 thousand units globally since the introduction of the original Cayenne to the world in late 2001 at the Paris Auto Show with U.S. sales? beginning in March 2003. It has become Porsche?s best selling vehicle. Of course, one must consider that it?s the Porsche of SUVs. When the German automaker first announced the intent to build an SUV to complement the legendary sports car lineup, there were those of us who felt that perhaps the German automaker had lost its senses and was about to forsake the long standing tradition of building superlative sports cars. That of course turned out not to be the case at all however, and the Porsche sports car stable has continued to grow, improve and prosper.?

Now, the next generation 2011 Cayenne has undergone a dramatic metamorphosis, becoming more sporting and dynamic, lighter in weight, providing a more spacious interior and delivering greater fuel efficiency than its predecessors. The 2100 Cayenne lineup is led by the all-new Cayenne S Hybrid, the first production hybrid to come from Porsche. This latest offering sets a new standard in its class in both efficiency and performance. When compared to previous Cayenne models, fuel consumption is down by up to 23 percent in the New European Driving Cycle measurement. Like every Porsche, this new Cayenne was developed according to Porsche?s Intelligent Performance philosophy — more power on less fuel, increased efficiency and lower CO2 emissions. 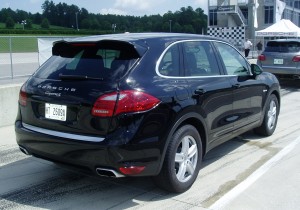 The Cayenne for 2011 exhibits an entirely new exterior design that appears sleeker and smaller than before, when in fact it is larger than the previous model, but is still instantly recognizable as a Porsche Cayenne. An all-new, spacious interior raises the luxury bar and puts the passenger compartment on par with the award-winning interior found in the Panamera Gran Turismo. There?s also more rear cargo room and interior space for the rear passengers thanks to the longer wheelbase and rear seats that adjust fore and aft with seat back incline positions.

The highlight of the new Cayenne lineup is the new Cayenne S Hybrid, which features a highly sophisticated parallel full hybrid system, with a combined power output of 380 horsepower from the 3.0-liter, DOHC, 24-valve, supercharged V6 combustion engine and an electric motor, the Cayenne S Hybrid delivers the performance capability of a V8, while providing the economy of a V6. Continuous interaction between the 3.0-liter supercharged V6 and electric motor focuses on maximum efficiency. and depending on driving conditions, either drive unit is able to operate independently or in unison. The 47-horsepower (34 kW) electric motor makes an ideal partner for the 333-horsepower gasoline engine, which produces high torque at low engine speeds, with peak torque coming at 428 lb-ft at just 1,000 rpm. Power is metered through Porsche?s new eight-speed Tiptronic S transmission, which offers a wide range of gear ratios. 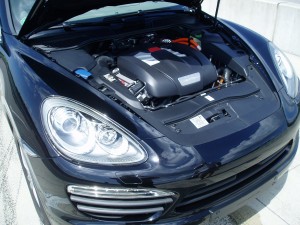 The Cayenne S Hybrid is able to cover short distances on electric power alone, free of emissions and noise up to 60 km/h or almost 40 mph. For aggressive acceleration, the motor provides an extra ?boost? to the gasoline engine. The hybrid system uses a 288-volt nickel metal-hydride battery fitted beneath the luggage compartment. Regenerative braking, the process of storing electricity regained from applying the brakes and driving under normal?conditions is then available for boosting and electric drive, again saving fuel in the process.? 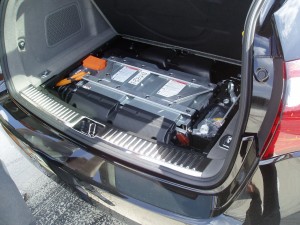 By utilizing the decoupling clutch, the Cayenne S Hybrid also has the potential to further enhance fuel economy at high speeds. Christened by the Weissach engineers as ?sailing? ? or coasting ? mode, when the Cayenne S Hybrid does not need drive power and the driver lifts off the accelerator at speeds up to 97 mph, the gasoline engine can be completely switched off and disengaged from the drivetrain, enabling the vehicle to move along without combustion or electric power.

This results in a significant reduction of fuel consumption at steady highway speeds, with engine drag forces and their braking effect being eliminated, reducing driving resistance. As soon as the accelerator is pressed in the sailing mode, the gasoline engine smoothly starts within fractions of a second and engine rpms are increased to match the vehicle?s current speed. The Hybrid Manager allows the Cayenne S Hybrid to accelerate dynamically in gears at higher speeds in much the same manner as a conventional Cayenne.?

My test 2011 Porsche Cayenne S Hybrid sported a black exterior with a matching interior. It was no different in its appearance than the conventionally powered Cayenne S except for a small Hybrid script logo on the front quarter panel. The base price was set at $67,700 while the Destination and Delivery charge elevated the final total to $68,650. 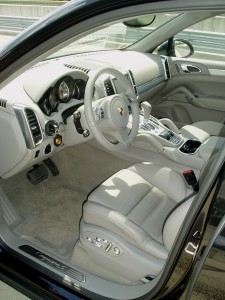 SUMMARY: There will be those who question the validity and purpose of manufacturing a hybrid version of a high-performance vehicle. Obviously, there is no sacrifice in performance in such vehicles, while there is the advantage of increased operational efficiency and fuel economy.

The Cayenne S Hybrid is capable of cruising along on electric power exclusively up to 47 mph, and the gasoline motor may be shut down as already stated in ?sail? mode in higher gear ranges up to 97 mph. Additionally, as with other hybrids, the engine will shut down when the vehicle comes to a stop, and regenerative braking replenishes battery power. There is an E-power button and a specific boost mode that allow the driver to select specific operational levels when driving to produce desired results.

In terms of desirability, the Cayenne S Hybrid enables Porsche-philes who wish to drive a high performance SUV to ease their conscience while reducing their carbon footprint on our ecology. So, in addition to performing well in a racetrack scenario, the Cayenne S Hybrid is the most fuel-efficient Cayenne available, performing, riding and handling as well as its siblings. 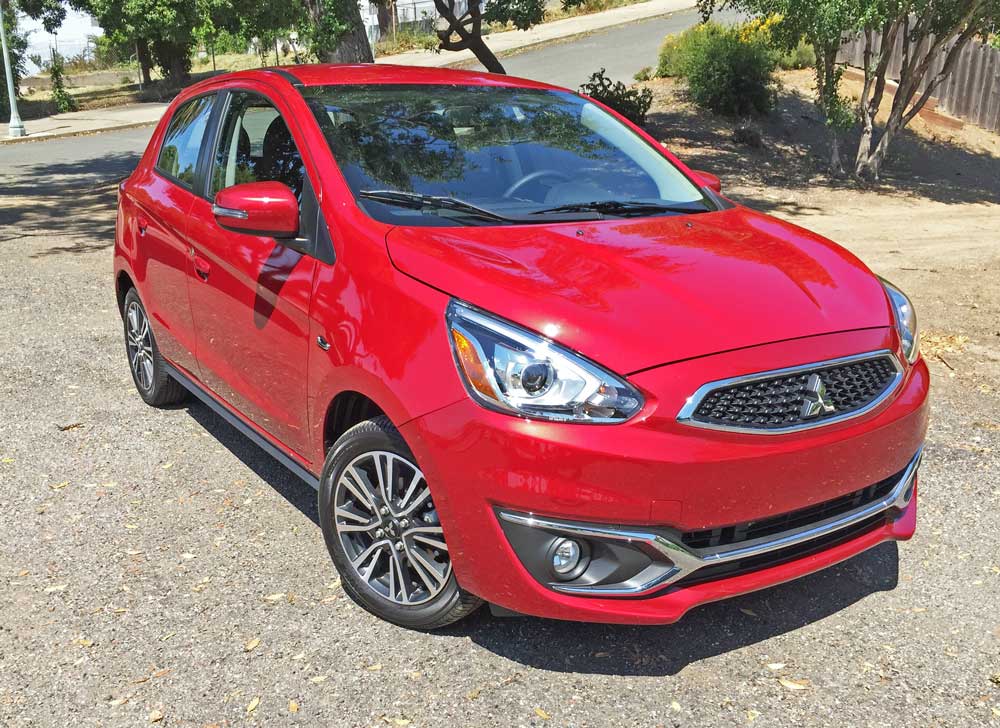