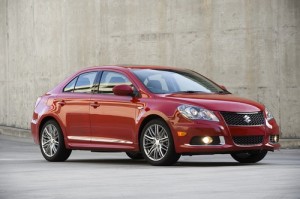 Suzuki is doing a poor job publicizing their 2011 lineup. But that?s nothing new, really. They?ve never been good at getting the word out. The only difference this time is that they?re actually making cars worth promoting; seriously good cars.

Most notably, the 2011 Kizashi Sport SLS. It has a 2.4-liter inline four cylinder engine that produces 185-horsepower and 170-footpounds of torque. It has a small, sporty body accented by an aero body kit, a six-speed manual transmission, and a well-appointed leather interior. Shockingly, the Kizashi Sport will set you back a measly $25,304.00. If that weren?t enough to get you behind the wheel, Suzuki also boasts ?America?s #1 warranty,? covering the powertrain for 100,000-mile or seven-years (whichever comes first). 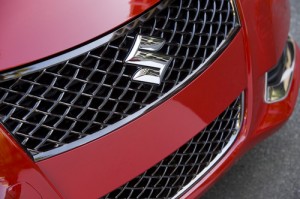 At first glance, you wouldn?t peg the Kizashi as a Suzuki product. Its lines are much more muscular and refined than that of most its Suzuki predecessors. Although distinctly Japanese, if forced to pick, most people identify it as perhaps a baby Lexus.

For an uninformed driver, the way the Kizashi drives and sounds would probably never conjure up the Suzuki name either. It handles more like a BMW 1-Series than it does a Japanese econo-box. Its exhaust notes are quite throaty and Germanic. Needless to say, the Kizashi Sport a very intriguing beast.

But none of those things matters because you haven?t heard of it. 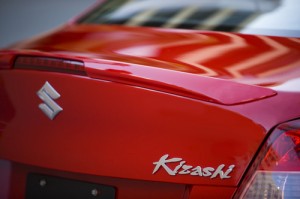 The Kizashi didn?t even really come across my radar until I saw it at the 2010 Los Angeles Auto Show. ?What the hell is this?? I asked out loud as I happened upon it. ?It?s a Suzuki? Wow. It looks great!? This is the reaction most people have when they see it for the first time. Men and women of all ages stopped me in parking lots asking what it was. ?A Suzuki? They still make cars? It looks quick!? They exclaim.

With the Kizashi, Suzuki is aiming at the 40-year-old male market: The kind of fellows who want something sturdy, reliable, and sporty, but don?t necessarily want to look like a boy racer in a Subaru STI. The Kizashi meets the mark perfectly. Build quality is exceptional, power is abundant, and the looks are stylish without being gaudy.

My biggest issue with the Kizashi Sport is its drivetrain options. If you want an all-wheel-drive (AWD) model, you have to have an automatic transmission, what Suzuki call ?continuously variable.? I will admit that the Kizashi?s front-wheel-drive (FWD) layout is exceptional. So good in fact, I sometimes wondered if it were really the AWD in disguise. Torque steer is nearly non-existent, under-steer is minimal, and embarrassing front-wheel burnouts were limited by the traction control. Nonetheless, I still want the AWD bolted to Suzuki?s flawless six-speed manual gearbox. But you can?t buy it.

I am typically turned off to a car with a front-wheel-drive layout. But the Kizashi?s charms have pulled me in. Push-button ignition, power everything, KYB shocks from the factory, and a bangin? sound system; what is not to love?

Plus, it?s got a bargain basement price tag. What else can you get that looks so good, drives so well, and has such a strong warranty behind it? Nothing. It is really in a class of its own. You have to look into the CD Segment (at around $40-thousand) before you find comparable vehicles. Yes, the vehicles in that segment are bigger bodied but they look and drive just as well. 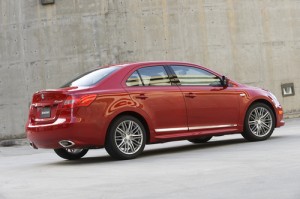 This brings us to the biggest issue surrounding the Kizashi: the lack of press. Seriously, no one has heard of the Kizashi and it?s been out in one form or another since 2009. If Suzuki is capable of such mastery, why aren?t they promoting the hell out of it? Someone needs to have a come-to-Jesus with their marketing department. In the meantime, I?ll do my best to promote the Kizashi name. Heck, somebody ought to. 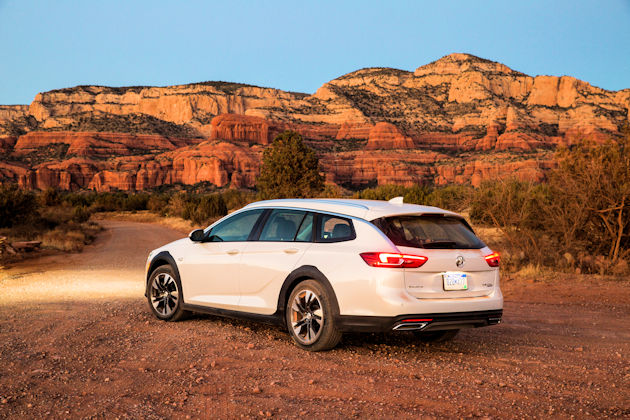