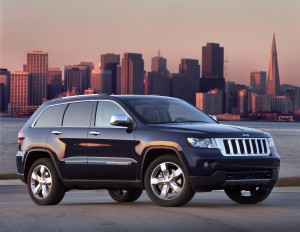 San Francisco ? With the wraps officially pulled off the new generation Jeep Grand Cherokee, I got a chance to see the first results of Chrysler?s reemergence into the marketplace.? It?s not that Chrysler hasn?t been selling vehicles through the bankruptcy, management upheaval and all the other distractions, it is ?just that they have been?distracted.? Now it?s down to business, and we can expect to see a flood of impressive new products.

The Grand Cherokee actually doesn?t count at the first new product, however, the HD Ram actually came first, but no thanks to the new regime, and Grand Cherokee was initially developed while Chrysler was still in cahoots with Daimler.

Although you won?t likely find it in any Jeep literature, the Grand Cherokee was developed on the same platform as the latest generation Mercedes-Benz ML SUV.? That?s good, because the Jeep gets the benefit of some pretty sophisticated underpinnings, which produce very good, on road handling characteristics.? But there was no compromise on the Jeepness of the new Grand Cherokee, it?s still a world-class off-roader, and even better than ever.

New for this year is a Quadra-Lift air suspension system that adjusts automatically or allows the driver to set the vehicle height at five different levels for the optimum driving performance.? Clearance levels can run as low as 6.6 inches for easy ingress and egress to as high at 10.7-inches for the maximum off-road clearance. 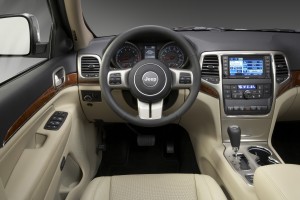 The new Jeep still looks like a Grand Cherokee but with a sophistication that might come from four years of a top finishing school. ?The new body has a much lower coefficient of drag (down from 0.404 to 0.37), and a wider stance creating a much more muscular look.

This Jeep is larger than previous generations with a longer wheelbase, width and more interior room, especially in the rear seat and the Grand Cherokee takes on a more luxury persona than previous models.

High quality plastics, real wood and soft leather on the trim and seats are sculpted into the best-looking Jeep interior ever.? The design is further enhanced by features like LED lighting, a CommandView? dual-pane sunroof and the other luxury features that define top tier vehicles. 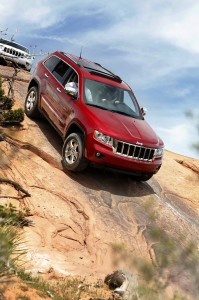 The top-of-the-line Jeep gets the first time application of the all-new Pentastar engine.? Rated at 290-hp, the naturally-aspired 3.6-liter V-6 runs on gasoline or ethanol delivering 11 percent better economy than the previous V-6 offering.? The engine accelerates from 0 to 60 mph in an estimated 8.5 seconds.? Fuel economy is 16 mpg city and 23 mpg highway for the two-wheel drive and 16/22 for the four-wheel drive.? The combination has a towing capacity of up to 5,000 pounds.

Shoppers looking for more power will want the optional 5.7-liter, 360-hp Hemi V-8.? The Hemi boosts 0 to 60 mph acceleration times to 6.8 seconds, with an increase in towing capacity to 7,400 pounds and with a small fuel economy penalty ? 14 mpg city and 20 mpg highway.

The five-speed automatic transmission was criticized by many auto writers at the introduction as being behind the times and not as fuel-efficient as they should be.? I don?t know if the Grand Cherokee will get it or not, but Chrysler has acquired the license to build eight-speed ZF automatic transmissions in their Kokomo, Indiana plant starting in 2013; I wouldn?t be surprised to see an eight-speed in the Grand Cherokee at that time.

I had the opportunity to drive the new Grand Cherokee on a variety of roads that displayed its enhanced handling capabilities.? I also drove on some serious trails that demonstrated that the Grand Cherokee still sets the standards for serious off-roaders. 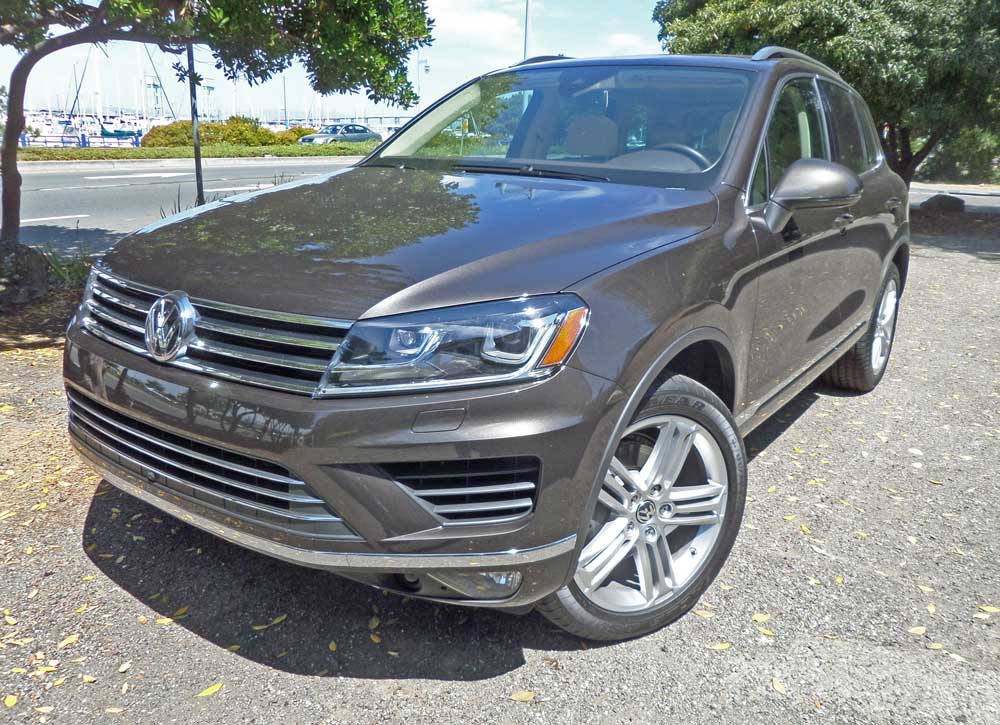