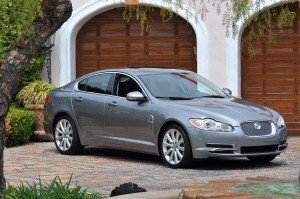 Hollywood — One of the best things about going to an automotive press introduction is getting to hang out with the designers, engineers and planners responsible for the company?s latest model.? A few weeks ago, I had dinner and spent some quality time with Ian Callum, Design Director, Jaguar Cars and some of the other members of the Jaguar management team at the introduction of the all-new XJ luxury sedan.

Their enthusiasm for this new flagship sedan was contagious, and for good reason, this has to be Jaguar?s best ever.? I mention Callum, because he is the artist responsible for this amazing piece of automotive art. Callum says, ?The all-new XJ is a thoroughly modern interpretation of the quintessential Jaguar. ?Its visual impact stems from the elongated teardrop shape of the car’s side windows, a powerful stance and its wide track. It is the most emphatic statement yet of Jaguar’s new design direction.? 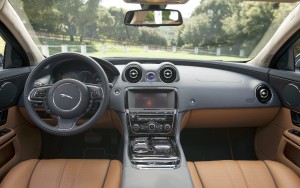 This car displays a new level of elegance and style, but frankly, the car even looks much better in person than in the photos.? I am sure we are going to see it on many critics? ?best looking? lists. ?Even with all the great looks, Jaguar has taken a big leap forward in sustainability be using 50 percent recycled materials in the lightweight aluminum body.

The interior d?cor redefines traditional British sophistication, abundant chrome trims and wooden accents into a more contemporary looking interior.?????? The cabin is filled with new technologies.? I especially like the 12.3-inch high definition Virtual Instruments? gauge cluster that looks like a blank screen behind the steering wheel.? When the start button is pushed, the screen is transformed with three virtual dials building before your eyes with such detail and depth I would swear it was a traditional instrument panel.? When a warning goes on, such as low fuel, or a new radio station is selected, part of the panel fades allowing a prominent display of the message.

In the center stack, an eight-inch touch-screen provides controls for the navigation, audio and vehicle set-up.? This allowed the number of conventional controls to be minimized.? The driver can also control various systems with the Interactive Voice? control system that utilizes an intuitive approach to coach the proper controls and making the driver more comfortable with the system. 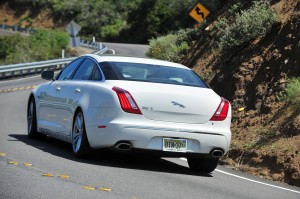 The three available XJ models ? XJ, Supercharged and Supersport ? allow customers to choose engine options and with each step up in engine power comes an escalation in opulence.? The XJ Supersport, which is available only by customer order, adds features like a leather headliner, semi-aniline leather seats and real woods with laser-generated inlays.

The XJ also comes in a regular and long wheelbase version, which adds about five inches legroom to the rear seat.

Three engine choices start with a 385-hp 5.0-liter naturally aspired V-8, followed by a 470-hp supercharged version of the same engine and peaking out with the 510-hp supercharged V-8 in the XJ Supersport.? The Supersport engine propels this big sedan from 0 to 60 mph in just 4.4 seconds, while the naturally aspired engine still produces a very impressive 5.1-second time.?? Each engine drives the rear wheels through a precise six-speed automatic transmission with wheel mounted paddle shifters.? Fuel economy is 15 mpg city and 21 mpg highway for the supercharged models and 16/23 mpg for the natural aspired version.

Pricing starts at $72,500, including delivery, for the regular length XJ and $79,500 for the XJL long wheel base version.? The XJL Supersport, with a $113,000 base price, has only three options: rear seat entertainment, Kasuga wheels and heated windshield that combined add $3,350.

The Jaguar XJ is a blast to drive.? It feels more like driving a sports car than a big luxury sedan.? The power delivery is nearly instant, the steering exact and the brakes feel like an anchor was thrown out and grabbed a rock. ?Someone in the market for a full size luxury car should not miss driving this one. 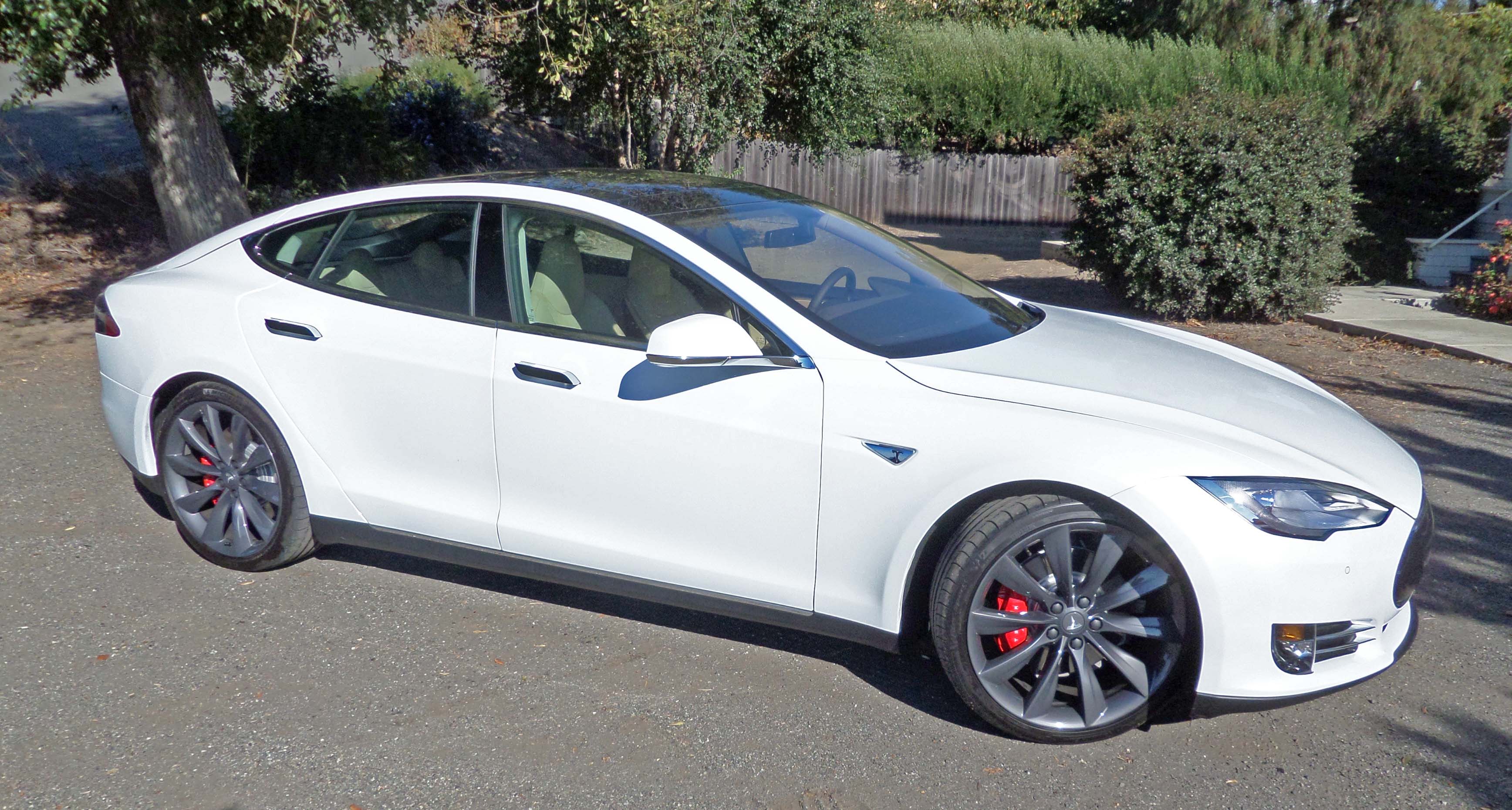