Modern technology capturing the excitement of the past. 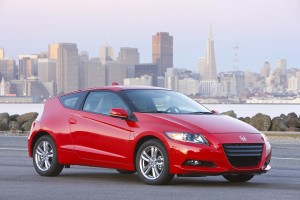 My dad used to have a Honda Prelude. Actually, he?s had two. The first was stolen one fall night in the early 90s, joy ridden, and destroyed. Some kid drove it through a chain link fence, out onto a local golf course, and totaled it in a sand trap.

As a six-year-old, going with my father to meet the police, seeing the remnants of his once pristine 1982 silver Prelude was as close as I have been to an open casket funeral. It didn?t look so much like a rouge hooligan had mistreated it but like it had been forced to battle a tiger during an acid rainstorm. It looked simply wretched. 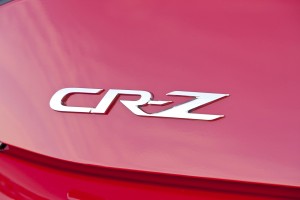 I walked around the car inspecting the damage while my father spoke with the police. The whole front end had been jammed upward 15-degrees, the paint was scratched and torn, two tires were blown, and the windshield was smashed in. The horrific sight caused the anger inside my six-year-old heart to rage. I clenched my fist and imagined doing everything to the perpetrator that he had done to my father?s car. My overwhelming passion for cars clearly had seeds early on.

Shortly after the incident, my father replaced his ?82 with its younger brother: a black on tan ?89 Prelude. It would later be the car I would learn to drive on. Rightfully, these little Japanese vehicles hold a warm place in my heart. From having been brought home from the hospital in one, to learning to drive on another; the Prelude model was like a member of my family.

My father eventually sold his ?89. Since then, I?ve sought to find within the new car market a vehicle that replicated the experience of driving those little wedges. Even the last model of Prelude felt like a departure from its simplistic origins. The first generation was small but big enough to be used as a small family car, as my father had. It was economical but peppy and fun. It was good looking but didn?t stand out too much. Despite my exhaustive search, I have not found one new car that quite fits the bill.

That was until I drove the 2011 Honda CR-Z Sport Hybrid.

I approach the CR-Z apprehensively at first. ?Sport? and ?hybrid? never really quite mixed well together for me –and they still don?t. 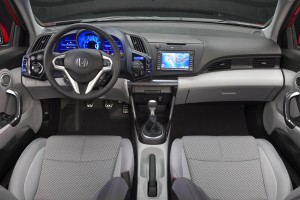 The CR-Z is a small car. But it doesn?t feel small. I am 6-foot 5-inches tall and yet I still have ample room in the driver?s seat of the CR-Z. There?s no back seat; just two cargo buckets. Admittedly going without a back seat isn?t ideal but the buckets are useful nonetheless. The EX model has everything I want in a modern car. Heated cloth seats, satnav, a six-speed manual transmission, and automatic climate control.

Though well designed, the one drawback of the six-speed manual is the all-metal shift knob. In the mornings during the dead of winter the knob is ice cold and rapidly sucks what little heat exists from your right hand. In spite of its numbing effects, it shifts smoothly, has a responsive gear ratio, and a relative short throw.

The climate control, like the rest of the car, is small and has a distinct style. It has been cleverly combined into one small circular unit with three buttons just to the right of the steering wheel. It?s compact, easy to understand, and good looking. Why other companies are making climate control units bigger and more complicated is beyond me. Honda is moving in the right direction: one knob, three buttons, everything you?d ever need.

Though it takes some warming to, I think it?s a good-looking car, especially compared to other hybrids on the market. Its looks were intentionally borrowed from the Honda CR-X but have been made to look much more modern and substantial. The CR-X looks like you could crush it in one hand. The CR-Z looks grounded.

The CR-Z is marketed as a ?sport hybrid,? which is an exciting idea. It has a 1.5-liter inline four-cylinder, 122-horsepower motor making 128-footpounds of torque. But it weighs 2,700-pounds. Those stats are awfully close to that of a Volvo 240.

So it isn?t quick. But it?s quite agile. It grips the corners quite nicely and it sounds energetic in the higher revs. The most fun part, and where you really notice the power boost from the hybrid drive, is when you first start driving down the road. 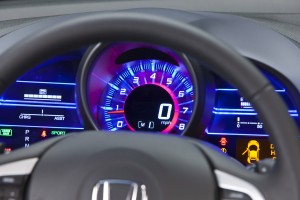 I go out in the mornings, fire it up, put it in first, and take off. Rolling down the block, I remember it?s in ?Standard? power mode so I push the ?Sport? button. The LED instrument backlights flip from blue to red and the throttle response rate ramps up. You get a fun little ?seat of the pants? jolt when you punch it into Sport. It is so fun in fact; on the way to the office I jog between standard and sport just for the extra kick.

The EX model is, for all intents and purposes, loaded for around $19,000. Considering the hybrid market, it?s cheap. Try to get another hybrid near that price point with as many amenities.

The biggest downside to the entire vehicle is the fuel economy. Other hybrids see around 45-miles-per-gallon. The CR-Z isn?t close to that. When I was driving it –mostly in the city in Sport mode– it was getting 26-28, according to its own computer. Funnily enough, those are the same MPG numbers I got in my old Volvo 240. If it didn?t say Hybrid on the back, you would think those numbers were pretty good. But it does so you don?t.

Surprising as it might be, even for me, I don?t care about its fuel economy shortfall.

I don?t care because the CR-Z has brought me back to my childhood. It feels so much like the Prelude I nearly got misty-eyed rounding the first corner in it. It sounds like it, it handles like it, and the interior fairly is indicative of the Prelude right down to the same old door chime tone. There?s nothing quite like recapturing your childhood especially with a warranty.

I am afraid if I bought one, it?d act like a time machine and accelerate my genetics along with the aging process. I hate to imagine being 27 and looking like my dad at 45 when he owned his Prelude: a big mustache, diminutive shoulders, and an ever-growing bald spot. This is a fate I will suffer for no car. 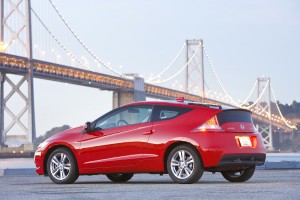 Excitingly, Honda has announced it?s rushing the non-hybrid turbo-charged version to production. So if you like the CR-Z?s looks but want something peppier you?re in luck.

Don?t let my neurosis hang you up though. Go check the CR-Z out. It?s truly –and I hate to use this word– unique. It looks good, it drives well, it?ll probably outlive the sun, and it?s cheap even when loaded up with technological goodies. It?s one of the most different and exciting vehicles I?ve driven in years. It might not fill in your bald spot, but it?ll surely make you feel like a kid again. 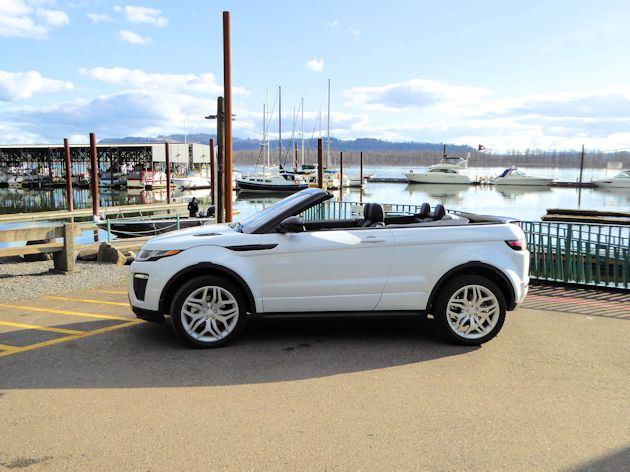 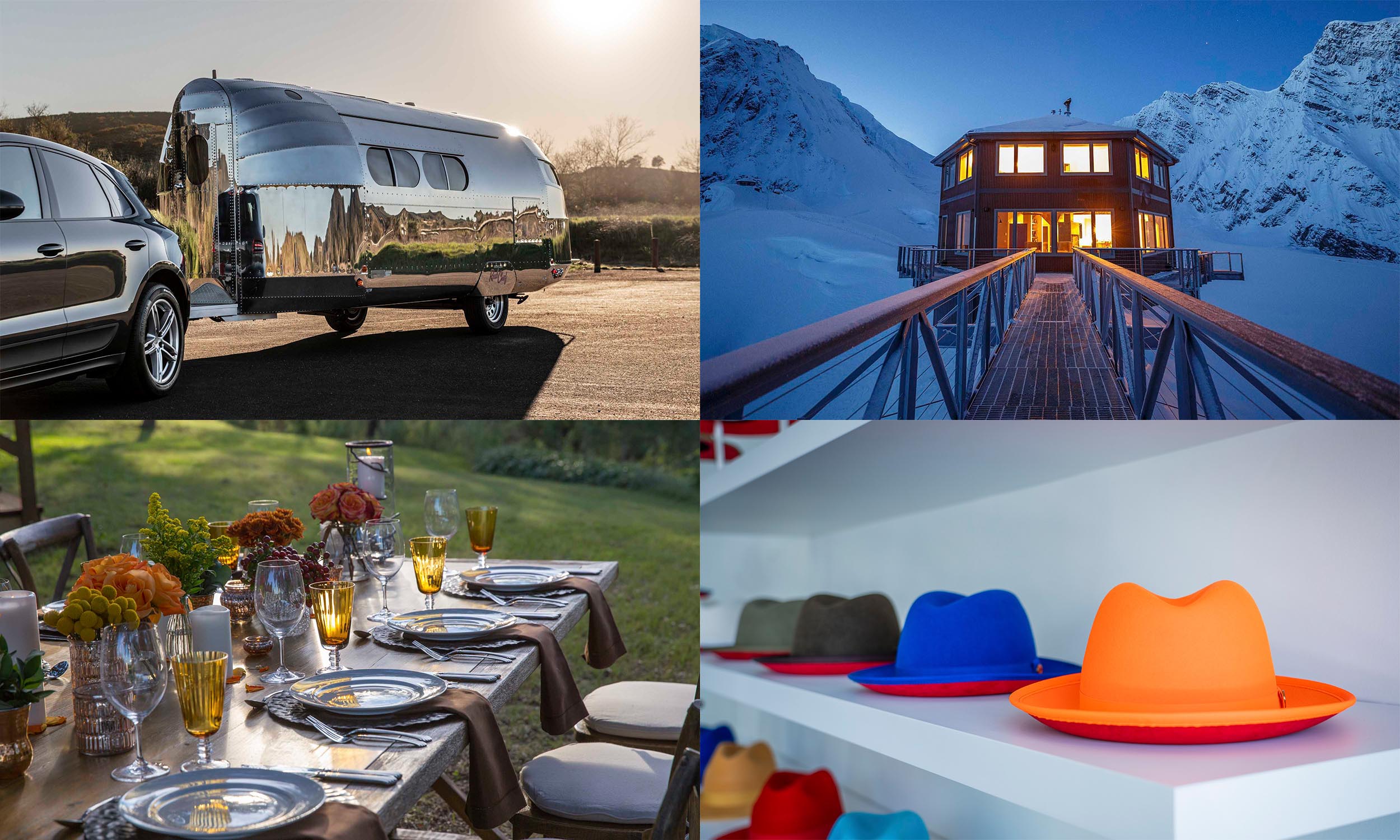