The 2010 VW Jetta Sportwagen TDI diesel occupies a special place in the automotive market right now. It?s less expensive than its Audi brethren, and yet it uses the same 2.0-liter turbocharged clean diesel engine as the A3.? Right now the Germans are the only folks selling diesels in passenger cars, but you can bet that everyone is about to get into the act ? especially if the oil spill in the Gulf of Mexico drives fuel prices back up to historic highs this summer. 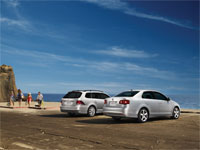 The primary advantage of diesels has always been fuel economy. The drawbacks were the engines were dirty as homemade sin and lacked the pep of a gasoline-fired engine. Well, with the advent of ultra-low sulfur diesel fuel and the development of Clean Diesel using carbolic acid injection into the exhaust stream, the dirty diesel has gone away.

And with the simple addition of a turbocharger, you can have your rattle-can diesel as quiet and responsive as a gas engine. And you don?t sacrifice that outstanding fuel economy, or at least, not much. 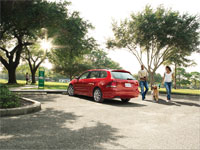 The Jetta TDI Sportwagen is the station wagon version of VW?s small Jetta sedan. In a week of driving, I got about 40 MPG combined out of the Sportwagen. That?s phenomenal. For the first 4 days, I wondered when the fuel gauge needle would move off the ?F? mark. It did, finally, a little bit, but not much. That?s going to be nice for Jetta owners the next time fuel hits $5 a gallon.

And from its abstemious sipping of diesel fuel, the TDI engine delivers 140 horsepower and 236 pound-feet of torque. For fans of irony, that?s almost exactly the wheel horsepower and torque yield of my 1977 Corvette, with a 350 cubic inch V8 engine and less than 15 MPG. 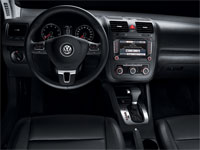 Inside, the Sportwagen is a VW. It has a nice, but not super-nice, interior, outfitted with all the features you might want in a well-outfitted small car. To run down the list real quick, that?s air, cruise, power everything, CD/Satellite stereo with iPod input, optional GPS navigation and Bluetooth phone support.

Driving the Sportwagen is also a quintessential VW experience. The car drives and handles very nicely ? and if you?re worried about noise, you?ll never know you?re in a diesel until you pull up to the fuel pump. The Jetta is nice and quiet when you?re driving, because the turbo really cuts down the noise of the diesel.

About the only thing I can say that annoyed me in a week of driving is that the TDI can be slow off the line. If you don?t lay your foot into the throttle a little bit, getting started can be slow ? and if you do lay your foot into it, the Jetta will take off like a scalded dog. Getting the right balance to leave a stoplight can be tricky.

The bottom line on the 2010 Jetta TDI Sportwagen is that it?s a lovely small station wagon. You can load it full of groceries or camping gear, get 40 MPG, enjoy the drive, and have a really nice car for $24,615. That?s a great deal on a genuinely green car. 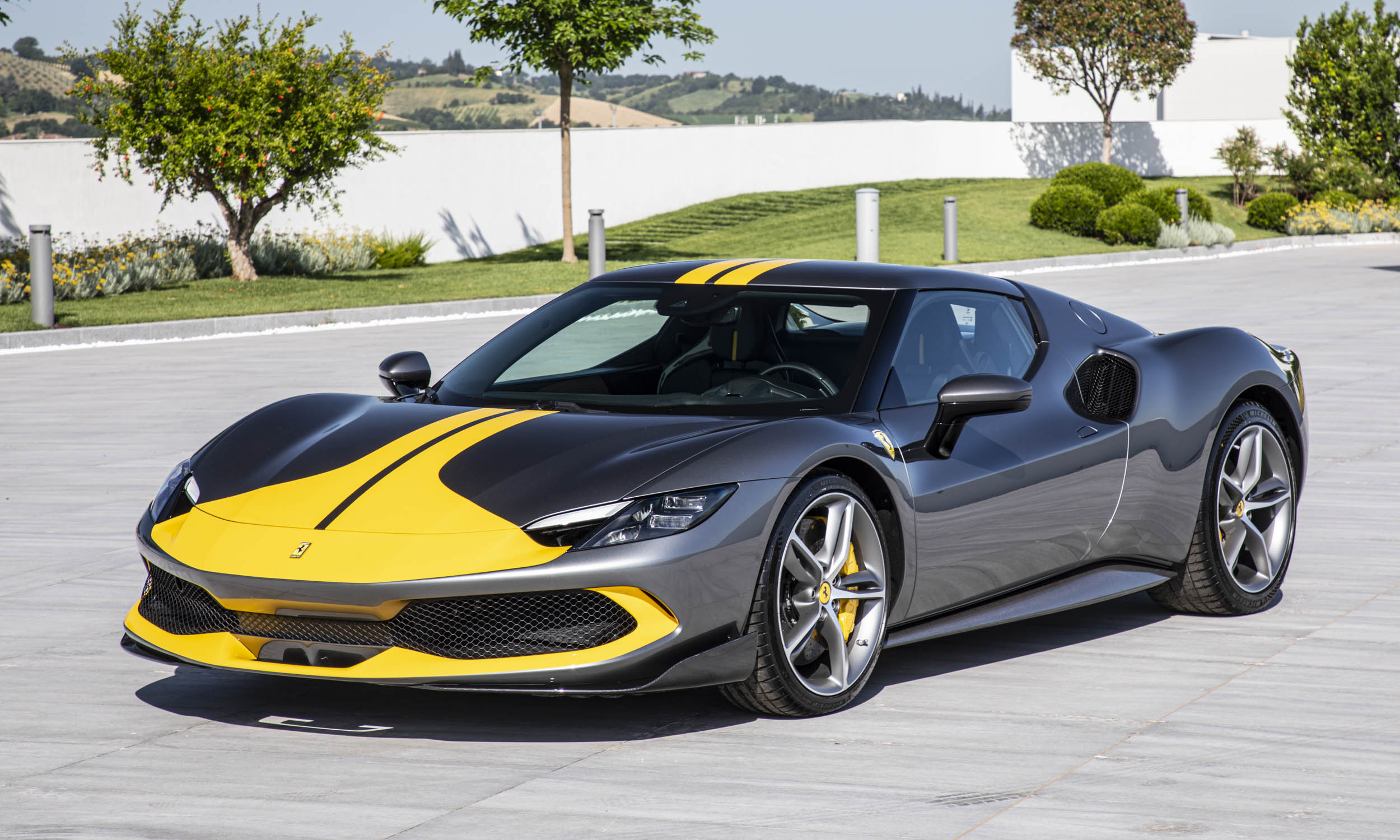