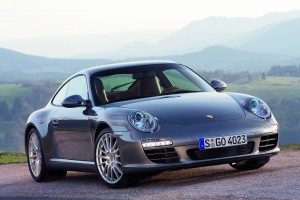 There is nothing like a Porsche 911.? For 46 years, Porsche engineers have continued to refine and improve the iconic rear engine sports car into one of the most precise driving machines in the world.? It also happens to be one of the fastest.

In this country, one of the problems with owning such a car is that there is no place to drive the 911 to its full potential, or for that matter, half potential.? Sure, you can merge into fast moving freeway traffic quickly, accelerating from 0 to 60 mph (using the launch control) in just 4.1 seconds.? It also might be tempting to keep the accelerator to the floor when making a pass on a rural straight stretch to see how fast you could go.? However, with a top speed of 188 mph, it wouldn?t be safe and there?s a good chance you?d be caught. 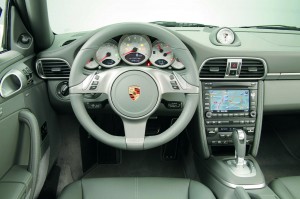 I admit I am one of the fortunate few who has had the opportunity to drive the Porsche 911 Carrera S on a track.? About a year ago, at the introduction, I drove the 911 Carrera on the amazing 4.5-mile Miller Motorsports Park track just outside of Salt Lake City.? Although I was never able to get near the top speed I did feel the awesome force of the launch control, the full effect of a panic stop from 100 mph and the rear engine car?s ability to negotiate sharp corners with names like the ?Black Rock Hairpin? or ?Mabey Y?ll Makit? at unbelievable speeds.

911 on our home turf recently I remembered that track experience as I drove on narrow city streets.?? At stop lights I thought to myself that ?I could launch this car so fast I would be at the next stop light before the car next to me shifted to second.?? Maybe that?s part of the fun of owning a car like this?just thinking about what I could do with it if I wanted to.

The latest iteration brings a pair of all new flat-six engines with direct fuel injection and the new optional seven-speed double-clutch Porsche-Doppelkupplung (PDK) gearbox.? The Carrera Coupe and Cabriolet gets a 3.6-liter version of the new engine rated at 345 hp, while the 3.8-liter S engine is up 30 hp from the previous generation to 385 hp.

I think the new Porsche-Doppelkupplung (PDK) is one of the most significant advancements to the 911 recently.? The seven-speed double-clutch gearbox can be driven automatically or when the driver wants complete control, the PDK can be shifted manually using the paddle shifter on the steering wheel.? Because of the unique design of the double clutch system, it shifts faster than is humanly possible by a driver using a conventional manual transmission with a clutch.? This results in faster acceleration (0.2 second faster from 0 to 60 mph), plus up to 13 percent better fuel economy.? The Carrera S gets an EPA rating of 19 mpg city and 26 mpg highway.? Our actual average during the week of driving was 23.1 mpg. 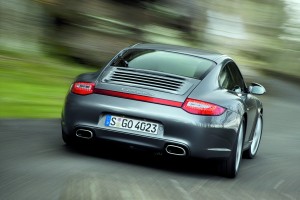 The Carrera S has an extensive arsenal of high tech wizardry to that helps the driver be a better driver.? The Porsche Active Suspension Management, for example, allows the driver to select either a Normal or Sport setting to change suspension setting based on the driving situation and conditions.? It also continuously adjusts the dampers based on conditions like speed, steering angle, brake pressure and engine torque.? Porsche Stability Management helps keep the car on course avoiding spinouts, etc.? Features like these, plus and abundance of comfort and convenience system make the Porsche 911 safe, comfortable and one of the most fun-to-drive cars on the road.

Porsche 911s are offered in a Carrera or Carrera S versions, as a coupe or Cabriolet and in rear- or all-wheel drive.? Prices range from $75,600 for the Carrera up to $102,900 for the AWD Carrera 4S Cabriolet.? The destination charge adds another $950 to each car.

Obviously, a Porsche is not for everyone, even if they could afford it, rather it?s for the discerning driver that wants to drive one of the worlds? best sports cars.

It is so much fun to drive around and imagine how fast you can go, if you wanted to. 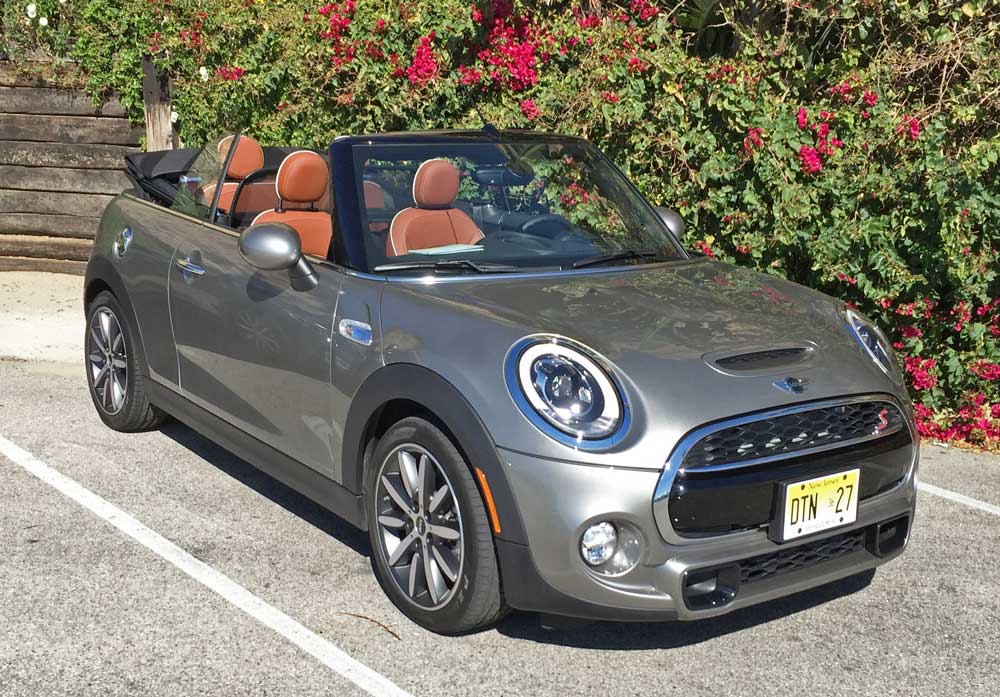