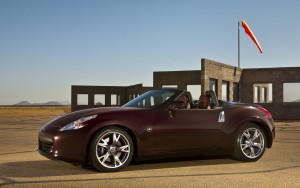 San Jose — The Nissan 370Z grabs my attention when I see one on the road.? It?s a sports car that looks exotic, promises to be fast and agile and delivers on all three counts.? In this fickle automotive market, though, the manufacturers have to keep changing, adding new models and improving.? Now just a year in to the latest 370Z model cycle, Nissan is delivering two exciting new head-turning additions and I had a date to drive both the new NISMO and the new and very exciting Roadster. 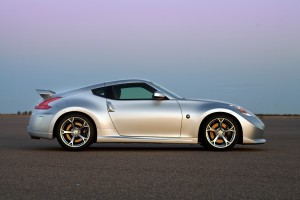 NISMO — My date started at San Jose?s trendy Santana Row in the NISMO.? In case you were wondering, NISMO is short for NISsan MOtorsports.? This second generation ?tuner-Z??is the hot rod of the line developed for those few individuals that want more than the already fast and agile coupe.

Mechanically, the NISMO engine is modified to 350-hp (up 18 from the standard engine), and it had a six-speed manual transmission with Nissan?s unique SynchroRev Match?, which blips the engine for smoother downshifts to match transmission and engine speeds.? The suspension is NISMO-tuned, which means it is much firmer for even better handling characteristics and the 19-inch forged wheels are by RAYS.

Then to make sure it looks different the NISMO gets a fully integrated aerodynamic body kit with extended nose, integrated chin spoilers, side sills, unique rear bumper and functional rear spoiler.? To make sure you know it?s a NISMO, the name put all over the car?I think we counted 16 places.

The result sells for $39,130, performs and handles better than the standard 370Z.? The ride is firm, but not choppy, and the owner has the distinction of having one of the few NISMOs on the road.

370Z Roadster ? After lunch on the coast, north of Santa Cruz, the sun was shining and it was time to go topless in the exciting new roadster.? As my driving partner and I traversed through the Santa Cruz Mountains on the fantastic winding roads, we were on the watch for the infamous CHP that stalk these roads.

Weighing only about 200 pounds more than the coupe, the cloth-top roadster, gives only a slight performance advantage to the coupe.? Knowing that the coupe would also become a roadster, engineers enhanced the body stiffness making major increases in rigidity, the result is virtually no body twist or cowl shake for the roadster.

Available in two trim levels, base and Touring, the Roadster is powered by Nissan?s award winning 332-hp V-6 engine and a standard six-speed manual transmission with Nissan?s unique SynchroRev Match? or the optional ($1,300) seven-speed automatic transmission with adaptive shift control and paddle shifters.? Zero to 60 mph acceleration takes an estimated 5.5 seconds. Fuel economy is listed by the EPA at 18 mpg city and 25 mpg on the highway with either transmission.

Roadster pricing starts at $37,690, including the destination charge, for the base model and goes to $42,540 for the Touring version with the automatic transmission.? The extensive list of standard equipment on both models includes all power, premium audio and very nice black woven ?Carbon? cloth seats. ??The Touring model adds Bose audio, Bluetooth, heated and ventilated leather seats, synthetic suede door panel inserts, HomeLink? Universal Transceiver and aluminum pedals.

My driving partner and I enjoyed the romp through the mountains in the roadster.? It is so solid, responsive and fun to drive.? We never did take the time to put up the roof but were told that the insulated cloth top is very quiet.

Someone shopping for a great looking, sophisticated and fast roadster can?t do much better than the high-value 370Z. 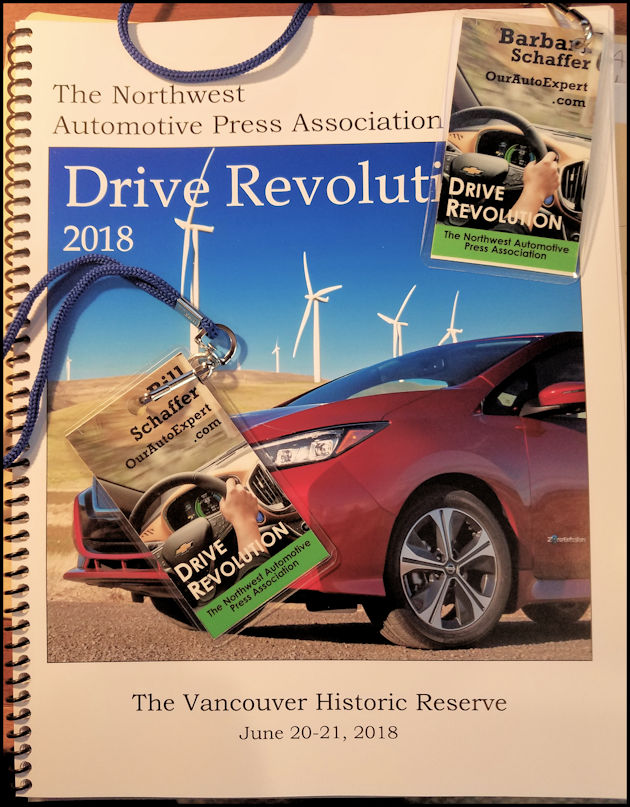 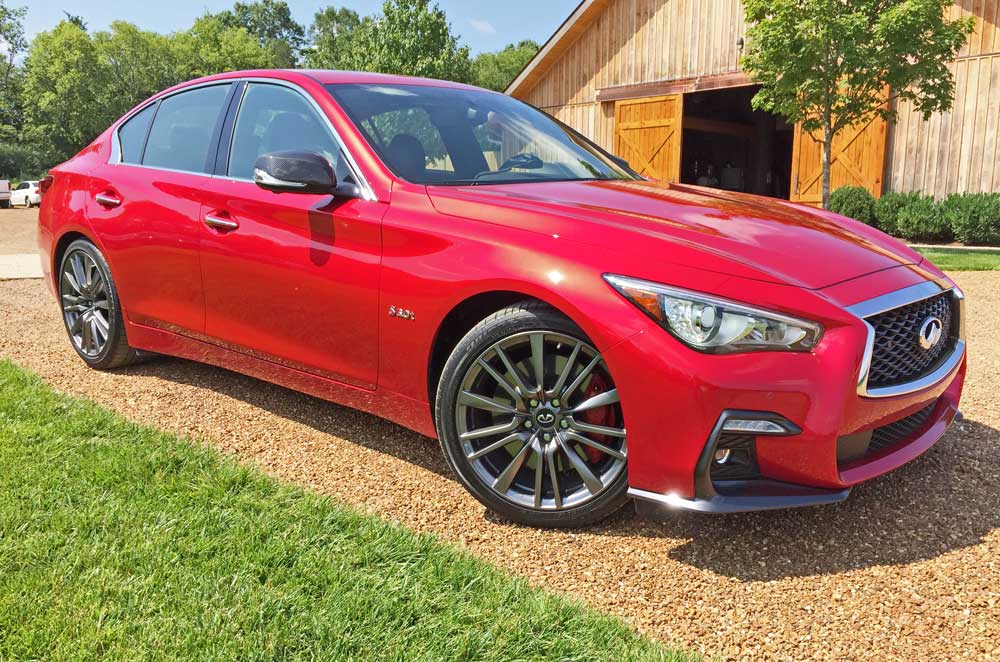