A common practice for auto and truck manufacturers when touting their latest wares is to make bold claims about the vehicle?s performance. In the case of trucks, each manufacturer portrays their vehicle as the toughest and most capable. Ultimately, a truck?s worth lays in the eye of the beholder ? in this case, the motoring journalist that is about to evaluate it. So? when attending the press launch for Ford?s F-150 SVT Raptor, many of us in attendance tended to take the initial presentation and marketing pitch as the usual hype. The stated potential of the Raptor seemed pretty outrageous ? particularly regarding its off-road prowess.

Ford?s Special Vehicle Team (SVT), loosely translated as Ford?s Hot Rod and performance division took a giant step beyond simply telling the attending press how great the Raptor was ? they set up scenarios to actually prove their claims.

The launch drive that followed the presentations, took off from San Diego, CA. traversing metro streets and freeways, heading out to the Anza Borrego Desert State Park (also in California) for challenging, not to mention mind-boggling tests. There were steep hill climbs, very steep hill descents, and rapid romps through the desert, including washes, gullies, sand, gravel and washboard surfaces. The latter exercises often reached speeds of up to 65 mph, which would not be recommended for any other production off-road vehicle, and for that matter would not even be possible without severe damage to the vehicle along with possible injury to vehicle occupants.? 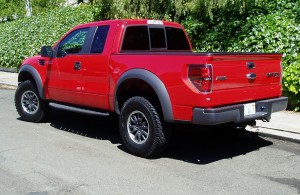 The SVT Raptor offers two engines for propulsion ? a 308 horsepower 5.4-liter V8 is the base engine, with a 6.2-liter SOHC V8 optionally available that produces 411 horsepower along with 434 pound feet of torque. Both engines mate to an electronically controlled 6-speed automatic with Tow Haul Mode. The Raptor rides on specially tuned suspension componentry that includes shocks that were inspired by off-road racers and developed by Fox Racing Shox, featuring a triple internal bypass and overrider reservoirs. The truck?s track width was increased by 7-inches and suspension travel is a more than generous 11.2-inches up front and 12.1-inches in the rear. There is an electronic locking rear differential that may be engaged by the pull of a switch, and Hill Descent Control which operates between 2 and 20 miles per hour (and disengages above 40 mph) makes coming down steep hills a safe and easy process. An Off-Road Mode engages a third throttle map and shift schedule for improved off-road performance, while a massive front skid plate aids in protecting the front underbody and engine. 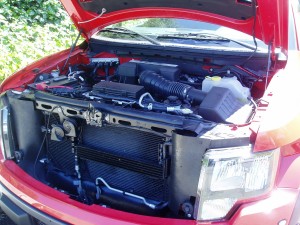 Tires were tuned for Ford SVT and developed specially by B.F. Goodrich with a modified interior to improve lateral firmness. The 35-inch All-Terrain T/A tires are?LT315/70 R17 BSW that incorporate a special tread compound with softer rubber that delivers a precise and predictable steering feel for both on and off-road performance.?

Safety features include: AdvanceTrac with Roll Stability Control that detects and measures oversteer and yaw; Trailer Sway Control detects yaw motion and roll rate helping to bring into control both the vehicle and trailer.?

The SVT F-150 Raptor is a special truck ? unique in its appearance, with a bolder and more rugged persona, and unique in its capabilities. It comes in Supercab form with a 5-? foot cargo box. There are cast aluminum, slotted running boards, functional hood louvers, special cab and hood LED marker lights, a specific ?Brick Wall? grille that is integrated as part of the hood, side extractor vents with SVT bored out and unique two-tone alloy wheels. The Supercab super-truck?s color palette includes: Oxford White, Molten Orange metallic and Tuxedo lack metallic ? all with a special graphics treatment available.? 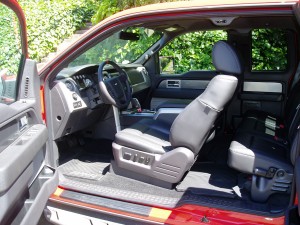 The Raptor?s Pre-Runner DNA allows it to soak up bumps, dips and potholes with ease. It delivers superior off-road prowess with sacrificing any of the amenities found in any other well-equipped F-150 Supercab truck.?

The SVT Raptor looks great and performs outstandingly with absolutely no peers in its class. It is definitely without equal in an off-road scenario. It is also exceptionally comfortable, even when flying along at 65 mph through the Anzo Borrego Desert ? my helmet only touched the roof once under the most extreme circumstances. The Raptor even provides an incredible ride quality on road for an unladen pickup. Often a truck will perform well on road, or perform well off-road, but almost never does it perform well in both applications. The SVT Raptor is the exception to the rule without question ? the Blue Oval SVT team spoke the absolute truth and didn?t overstate a thing when making their claims during the unique truck?s presentation. If the 6.2-liter powered Raptor has a negative issue, it would be with fuel economy, but trucks of this size and weight are not required to the EPA rating process. Besides, the V8 rumble of the big motor sounds really good when prodded. 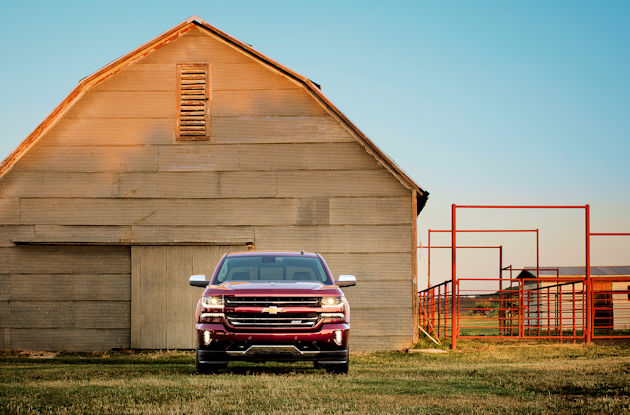