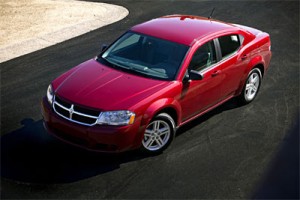 I?ve had both ends of the Dodge spectrum in the last couple of weeks. The first car I drove was the Dodge Avenger SE. This is Dodge?s economy sedan, oriented towards young people ? it?s priced to be your first-ever new car at $18,220. The model we tested had a $220 easy-clean seat option (handy for new parents) and a $675 ?Destination Charge?.? I don?t know about you, but the first thing I?d say to the salesman is ?getting it to the dealership is your part of the deal, driving it away is mine.?

So, let?s take a look at the Avenger. From the outside, it?s got all of Dodge?s latest styling cues ? in fact, it looks like a 7/8th scale Charger.? The styling is retro-sporty, and the car is not that much smaller than its big brothers.? It?s a nice looking ride.

But when you get in and go, it doesn?t take long to realize that ?Nah, it ain?t got a Hemi.? The 2.4-liter four cylinder engine, even with DOHC and 16 valves, just doesn?t have what it takes to get the Avenger going the way the bodywork promises. On the plus side, the 4-cylinder Avenger gets 21 MPG in the city and 30 on the highway. Our real-world testing found these figures only slightly optimistic. 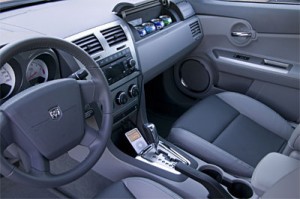 Part of the power issue is surely the 4-speed automatic transmission, but some of it will also be the size of the car ? this is no little Neon, but rather a mid-size sedan that will replace the outgoing Stratus. Dodge is also offering this car in a V6 configuration, and that?s the one that you?re going to want.

More signs that the Avenger is targeted to the 20-something market are its features, including the trademarked Chill Zone ? a storage compartment in the top of the instrument panel that holds up to four 12 oz. beverage cans. The little bin has a duct from the air conditioner and will keep some drinks cool for you.? The interior lighting is all by LED, which is slick. The easy-clean fabric will be important to young families ? and anyone who likes to eat tacos while driving. The front cupholder offers your choice of cooling or heating, to keep your drink just right while you?re on the road. And finally, you can outfit your Avenger with the full in-car theater system that today?s young people find irresistable. The system supports CD/DVD/MP3/SIRIUS and for all we know, 78RPM records.

The Avenger also features the optional MyGIG system, an information, entertainment, safety, and navigation package. The interface is a navigation radio that features a 6.5-inch Thin Film Transistor (TFT) Display with a touch-screen panel that can support 65,000 colors. You get a three-dimensional appearance to graphics and animation, as well as multiple font sizes and styles. The MyGIG system follows voice-activated commands and includes a 20 gigabyte hard disc drive that includes Music Juke Box for organizing music and pictures on the hard drive. Music I can understand, but pictures? In a car? The MyGIG system also includes a USB plug that provides both MP3 connectivity and allows you to download WMA, MP3 and JPEG files onto the hard drive. 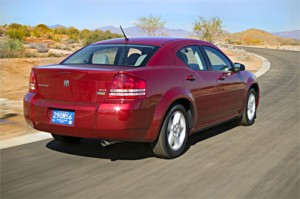 Usefully, MyGIG provides for voice memo recording, which allows a message up to 3 minutes long to be recorded using the microphone integrated into the rearview mirror and it includes the UConnect Hands-free Communication System. This is a fancy name for a Bluetooth wireless communication system for compatible cell phones.

With the food preparation and storage capacity, the entertainment system, and the mileage, this car could double as a college dorm room. The car certainly had more living space than I recall we had at good ol? Driving Sports U.

The bottom line on the Avenger is that this really is not a bad choice if you want to send Junior off to college with a reliable mid-size sedan that gets good mileage. It would also make a dandy wedding present. But folks over 30 are going to want to look higher up Dodge?s product line.

Oh ? one last thing, Dodge says that an All Wheel Drive version of the Avenger is on the way. Stay tuned… 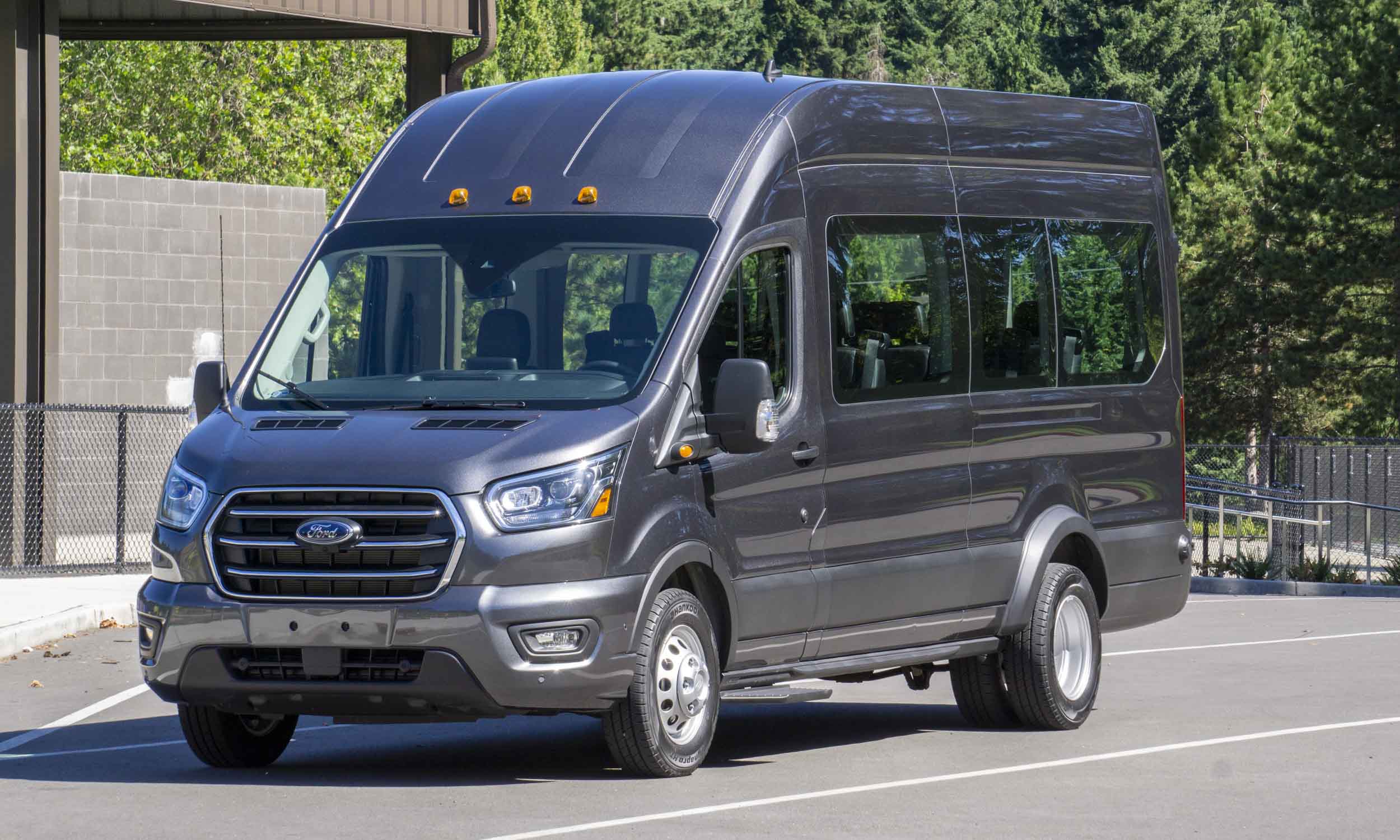