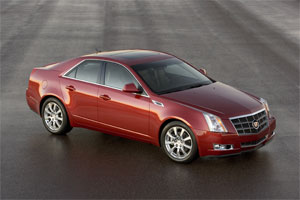 Last week, we talked about the need for car companies to reinvent themselves every few decades to keep their brand up to date. This is a task that Volvo performed well with its latest line of cars and SUVs.

Now I want to turn your attention to one of the auto industries most iconic brands: Cadillac. This company has a history and a cachet that few other automakers can make. The brand name is synonymous with luxury and first class treatment. Bars offer ?Cadillac Margaritas? and every kind of product from health insurance to laptop computers have been described as ?Cadillac? to denote the top of the line.

Yet just a few years ago, the future looked doubtful for the brand. The company?s market was being eaten up by European and then Japanese upscale brands and it wasn?t clear how GM?s flagship brand would extend its appeal to a new generation.

Then, in one of the most audacious and risky moves ever, Cadillac decided to take a hard left turn and compete head to head with the Europeans in luxury and performance ? and they aimed the pitch straight at the heart of the sports sedan market.

Cadillac introduced the CTS in 2002. The new model was edgy in its design and after decades of slushy slushboxes, offered a manual-shift transmission. Along with the V6-powered CTS, Caddie also brought out the CTS-V, with a V8 engine, 400 horsepower, and a sport-tuned suspension. 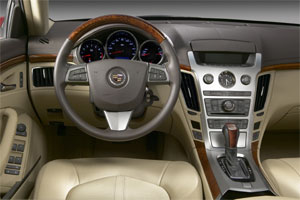 While Toyota is headed into NASCAR, Cadillac took the CTS line and went into sports car racing through the SPEED World Challenge series and SCCA Club Racing. This move had a lot of people scratching their heads, but the CTS took to the track against the Ferraris, Porsches, Vipers and Corvettes. The head-scratching turned to head-slapping as the sedans re-earned Cadillac?s laurel wreath by winning races.

And it?s the combination of product and proof on the race track that ultimately shows the brilliance of Cadillac?s plan. They took the car where they could show it to a generation of buyers who have become used to an active racing program from their marques.? It?s ?win on Sunday, sell on Monday? all over again.

And the cars did sell. They sold very well, and the CTS numbers have climbed every year since the introduction of the line. Beyond the CTS-V, Caddie also provides the larger STS and the supercharged 469 HP STS-V, and the two-seat XLR with the same styling vocabulary implemented on the Corvette platform.

So, what does all this have to do with you?? After 5 years, Cadillac has re-designed the CTS, and you should pay attention ? especially if you?re like me and you never thought of yourself as a potential Cadillac customer.

The new 2008 CTS is a state of the art car. The heart of the car is a new 3.6-liter V6 engine ? the highest-powered non-turbo V6 GM has ever made.? The engine makes 263 horsepower and 253 pound-feet of torque in the basic configuration and 304 horses and 273 pound-feet in the upgraded model. The engine is free-revving, powerful, and its nearly flat torque curve allows it to pull like a V8 all the way to 6,000 RPM. Fuel economy is good at 17/26 ? comparable or superior to the European competition.

The drivetrain is similarly new and fresh ? you can choose between a new 6-speed automatic and a 6-speed manual. We took the CTS out to legendary Laguna Seca Raceway and both boxes acquitted themselve very nicely. The manual transmission is smooth and the clutch is light under your foot. The combination with the 304-horse engine is potent.

The car comes in a limited slip rear-wheel drive format, but there?s an optional AWD system. Unfortunately, you can?t get the AWD with the manual shift transmission, but maybe Caddie will come through on that in a couple more years.? The AWD is sure-footed on the road and the car loses none of its punch and lively nature.

The basic car comes with 17-inch wheels and 4-wheel disc brakes that are an upgrade from the current CTS system. But the first thing Cadillac does when you buy any upgrades at all is bump you up to 18-inch wheels and even bigger brakes. Nice.

And as if all this wasn?t enough to erase any impressions you had of Cadillac as a purveyor of overweight and stodgy cars, the CTS comes with three different suspension packages ? regular, sporty, and track-ready. The regular suspension (called FE1)? is nice ? it corners flat and rides nicely enough to make most people happy. It?s a lot like a Lexus. The sporty suspension (FE2) is about what you get with most 3-series BMWs, and will handle sporty rides through the country in high style.

But the suspension you want is the track-ready FE3 option. This is a firm, but still supple ride that will eagerly cut down to an apex with confidence and hold its own against any M-series BMW or hot rod Infiniti you want to shame. And the FE3 feels great on the road, too.

Inside, the CTS is a real Cadillac. From the genuine wood trim to the cut-and-stitch leather, the car is nice. All the CTS models have air conditioning and a nice Bose stereo. But as you move up the line, you get a full 10-speaker theater-sound digital info-tainment system.

Cadillac has the best Navigation system that any automaker is offering, satellite radio with traffic service integrated with the Nav, and complete support for iPod and other MP3 players. The feature that puts the Cadillac stamp on the CTS electronics, though, is the 40 gigabyte hard drive system that will rip your CDs, time-shift the radio (to allow you to pause and resume live radio broadcasts), and store files.

Of course, the seats are leather, heated, cooled, and power-adjustable. The steering wheel telescopes and adjusts as well, and the car is as comfortable as your favorite pair of jeans.

Outside, the CTS looks positively threatening. The stance is bold and audacious, and the grillwork follows the current over-and-under the bumper style. When you see one of these coming in your rear-view mirror, you start looking for a place to let it pass you.? But the biggest new feature is a 2-inch track width increase, which gives the CTS its audacious race-car styling, with matched fender flares and a mean, planted look.

OK, I saved the best for last. Base price on the CTS is a thrifty $32,990 ? and this is a hell of a lot of car for that money. Test-drive the base model CTS if that?s all you can afford and it will not disappoint you. If you can throw in some bells and whistles, I suggest the FE3 suspension, which includes the upgraded brakes and 18-inch wheels, and the uprated engine. With the no-extra-charge manual transmission and the standard limited slip rear wheel drive, the CTS is a serious hot rod, and still one of the most luxurious cars on the market today. 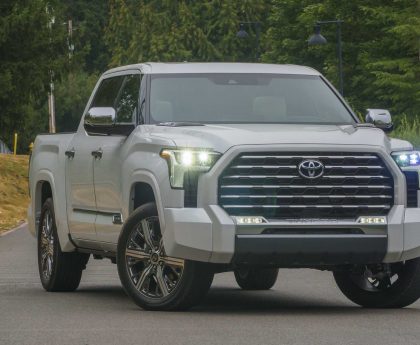